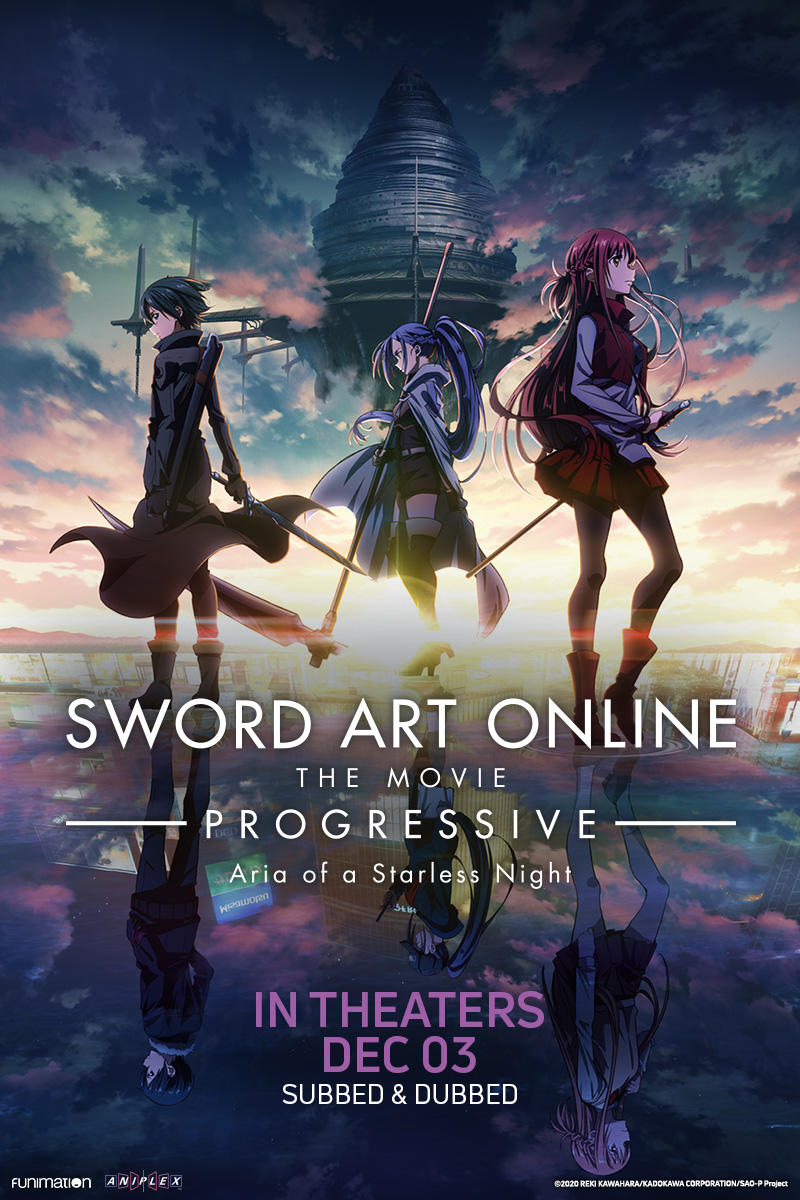 Can a franchise that’s been known to have many flaws be transformed simply by changing its perspective? That’s the question that came to mind when I first heard of the reboot film series for Sword Art Online. There are many (myself included) that have felt that the series suffered from having a bad protagonist, so could a mere focus switch do a little good for this long-running series? After watching the first film in this retelling — Sword Art Online -Progressive-: Aria of a Starless Night — the answer is a surprising “Yes”.

Aria of a Starless Night retells the first arc of Sword Art Online, dealing with the first floor of Aincrad. Focusing now on Asuna (Cherami Leigh), the story tells of her experiences with the game alongside her friend Misumi (Anairis Quinones). While Misumi — known as Mito in the game — has plenty of knowledge thanks to her being a beta tester, Asuna is very much a newbie regarding gaming in general. As the two find themselves trapped in the video game with the rest of the players, the two partner up to become stronger in order to escape. 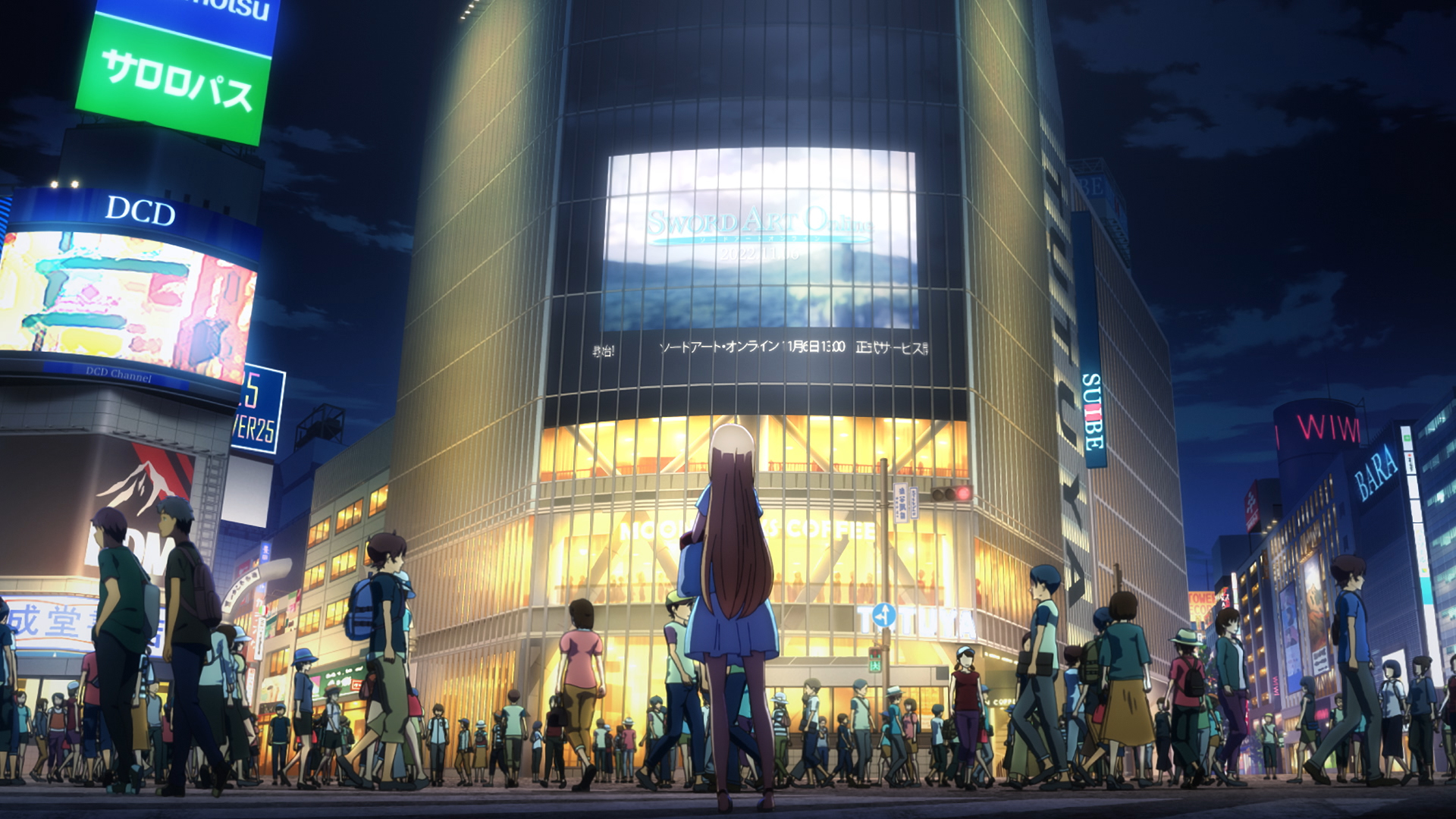 An adaptation of Reki Kawahara’s redo series Sword Art Online -Progressive-, the film takes its time with building up the characters’ stamina, talents, and — most important of all — courage. We first see Asuna struggling to deal with the chaos and carnage that players face in the game, as she slowly starts to fight alongside Misumi rather than behind her. But as new dangers start to pop up, Asuna begins to take a fight-or-flight attitude with every great threat. And when a situation arises that leads Asuna to be separated from Misumi, the young girl slowly transforms into the warrior known as “Lightning Flash”.

It’s when Kirito (Bryce Papenbrook) first appears after a near-death experience when Asuna starts to build her own strength. Despite his mannerisms and the like in the original Sword Art Online, Kirito here acts more down-to-earth here instead of a Gary Stu. There’s a more timid side to him here in the beginning of the story, rather than the super confident swordsman that made many roll their eyes tediously. The Kirito of old was cocky and lacked relatability; this new one has legit layers! 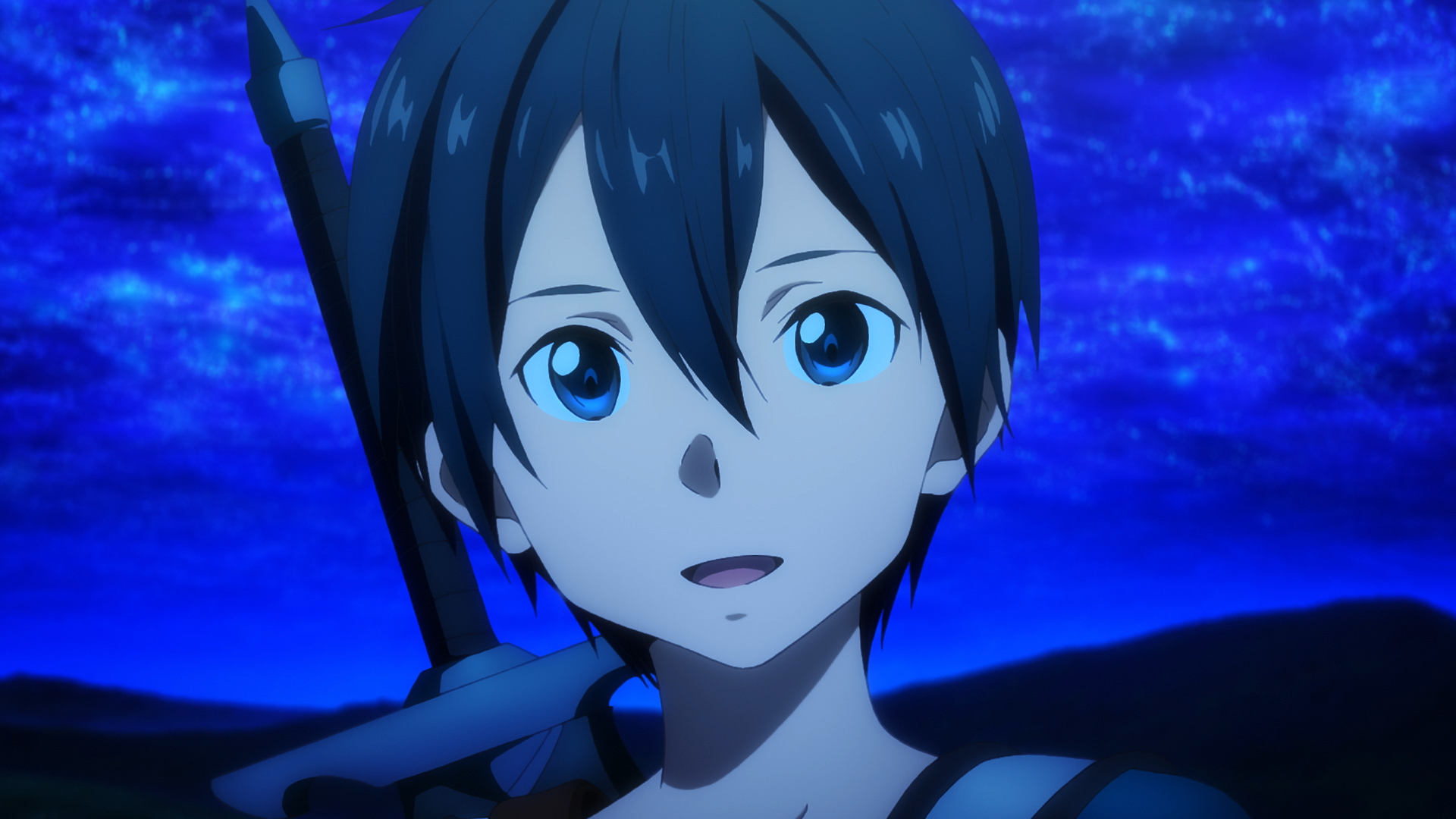 However, as Aria of a Starless Night is a retelling of the first couple of Sword Art Online anime episodes, it does take awhile to find its groove. It’s nice to see Asuna bonding with Misumi in the real world, as well as watching them try their hand at the video game in the beginning. But while we see some of Asuna’s struggles to appease a certain parent figure, it doesn’t do much to push the story along. It’s only when Asuna and Misumi find themselves trapped in their online surroundings when things get interesting, which takes almost half an hour of its 93-minute runtime to get through.

But when the threat hits the players like a ton of bricks, the excitement never stops! The battles Asuna faces alone or with friends old and new are showcased with some of A-1 Pictures’s best-looking animation to date! Its mixture of hand-drawn and CGI effects surprisingly work well together, as angles & cuts that mix them up side-by-side results in some impressive visuals! While the original TV series had some shining moments, the film trounces on its predecessor with the greatest of ease. 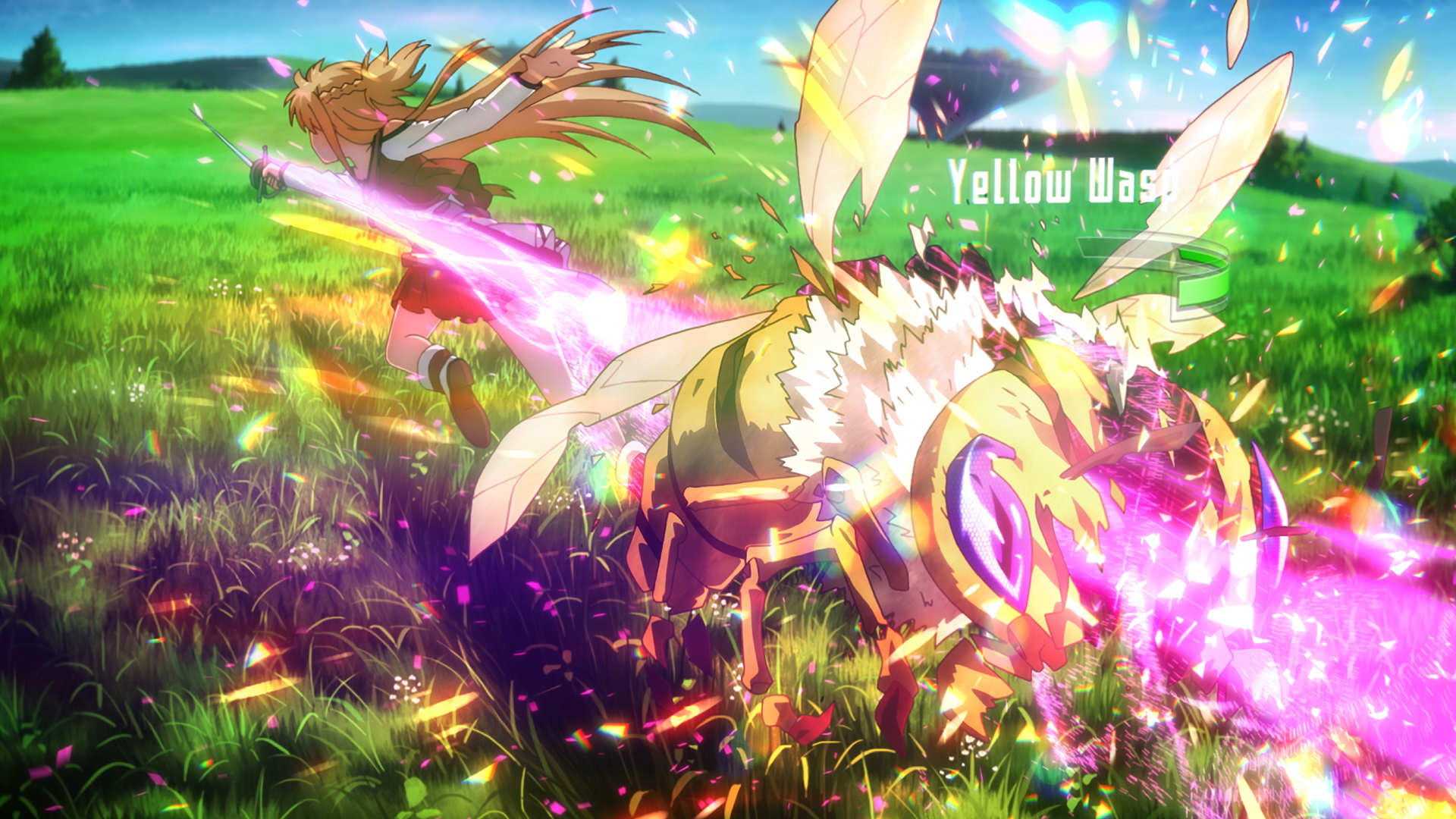 Both Leigh and Papenbrook have been voicing Asuna and Kirito for years, so their performances come off quite naturally here. But it’s the added layer of calmness to Kirito’s early appearances that makes for Papenbrook’s portrayal to be more humanistic. Leigh also does a great job showing Asuna’s timid side, as her voice shakes during some of the character’s more tense moments. Quinones voices new character Misumi with the right amount of confidence and drama, with the latter coming in great during the film’s climactic battle.

It has some pacing issues, but Sword Art Online -Progressive-: Aria of a Starless Night retells its first few chapters with more grounding than in the past. Old fans and newcomers to the franchise will find many things to enjoy about this new adaptation. With its second film Scherzo of a Dark Dusk due out next year, one hopes that the path Sword Art Online treads this time will be far less dusty this time around. From what Aria of a Starless Night was able to accomplish, the strength of that hope will no doubt be growing in the future.