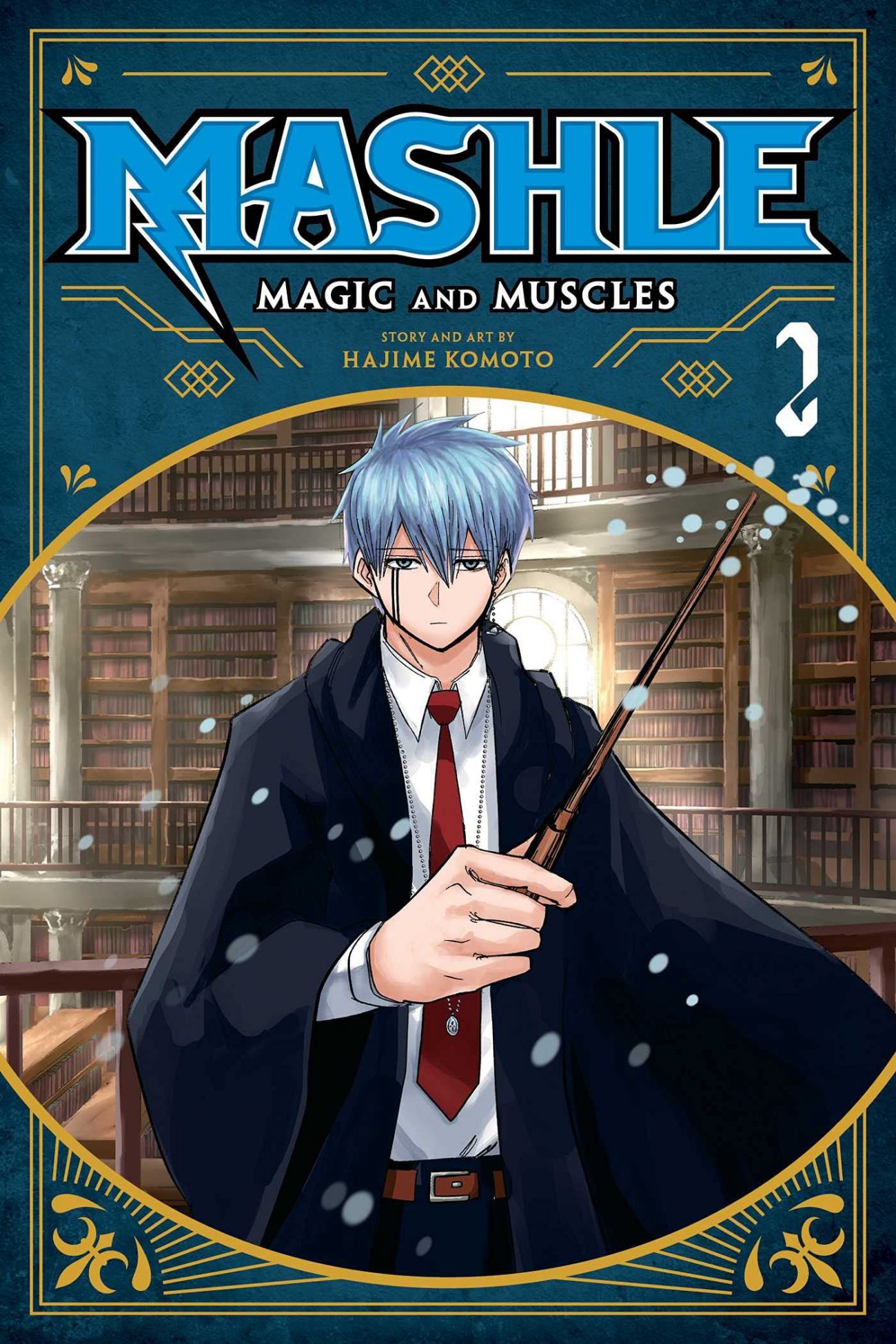 Sometimes physical strength can overcome even the most powerful of spells. Perhaps this is why I instantly fell in love with Hajime Komoto’s debut series Mashle: Magic and Muscles. What started out as a Harry Potter parody has already become its own thing, as it mixes knee-slapping comedy with some pretty badass fights. In its second volume, Mashle brings its readers into the great outdoors and straight into danger.

But first, our cream puff-loving hero Mash has a score to settle, as he faces off against the top-scoring student Lance in battle. As Mash attempts to save his friends, Lance tries to find meaning in his fight, as evident by the flashback revolved around his sick sister. Once the battle ends, Lance is blown away by the strength that Mash has, even going so far as to see him as his equal. However, Lance isn’t the only student wanting Mash’s head. 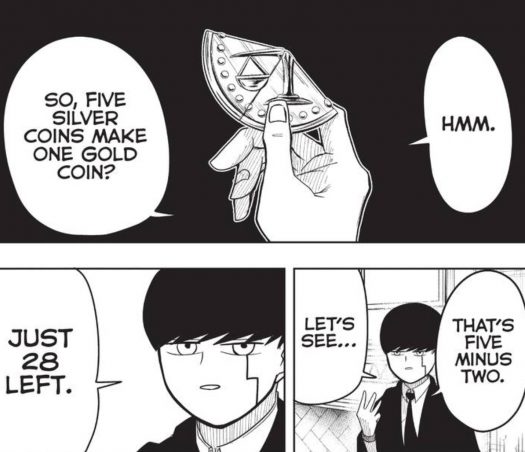 During their forest scorpion-hunting exam, Mash crosses path with Dot Barrett, a hothead who aims to be the manga’s protagonist. His weakness against any woman who will talk to him becomes his downfall, as a female wizard-in-training feigns her own weakness in order to draw Dot into a battle with Silva for his coins. But when things look bleak for the wannabe hero, Mash tags himself in, and shows the bad boy student how to properly fight.

It’s interesting to see Dot Barrett taking up a bit more of a spotlight in this volume of Mashle. After all, he was who Komoto had in mind to being the hero of his series (something his editor rightfully disagreed with). Perhaps this is why you see him attempting to steal the spotlight from Mash, declaring to the world that he’s the hero of this world. But like all of the hotheads in manga, he gets pushed down a few pegs when it comes time to actually fight. 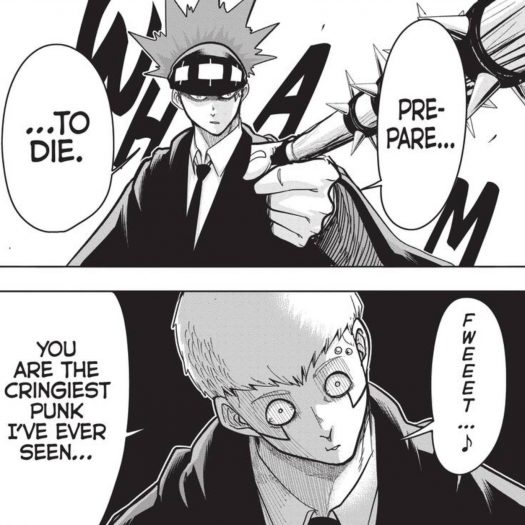 That’s not to say that Dot can’t fight; quite the contrary, he can! But like Bakugo in My Hero Academia, Dot’s got far too many hair-triggered flaws that will forever keep him away from taking the #1 spot. When Mash steps in to face off against Silva, it shows why he’s the big man in wizard academy, even without a lick of magic in his arsenal. And as usual, it’s all presented with that perfect blend of hilarity and visual awe.

Speaking of which, Komoto’s art style has gotten a little bit better here compared to its first volume. There’s more detail placed in facial expressions, with even the comical finger-points somehow being more lifelike and longer. Perhaps the most impressive visuals come when the forest scorpions appear, with their slick bodies and threatening aura being a highlight for the eyes. Of course, you can already imagine how Mash reacts to these creatures, and how he disposes of them will no doubt get a laugh out of anyone. 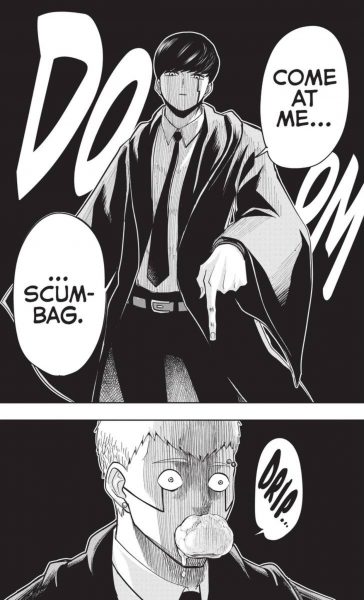 The world of Mashle: Magic and Muscles continues to grow in its second volume, all with the help of its newcomers and the stellar writing. Its reveal of Lord Abel’s abilities and tactics towards the end may signal who the true big baddie of the series might just be. Knowing Mash, he’ll find a way to take care of him without wasting one of his precious cream puffs. Until then, our good muscle boy has to take a friend to the Nurse’s Office for some good ole TLC…