HomeComics/MangaMANGA REVIEW | "Fly Me to the Moon" - Volume Seven

MANGA REVIEW | "Fly Me to the Moon" - Volume Seven 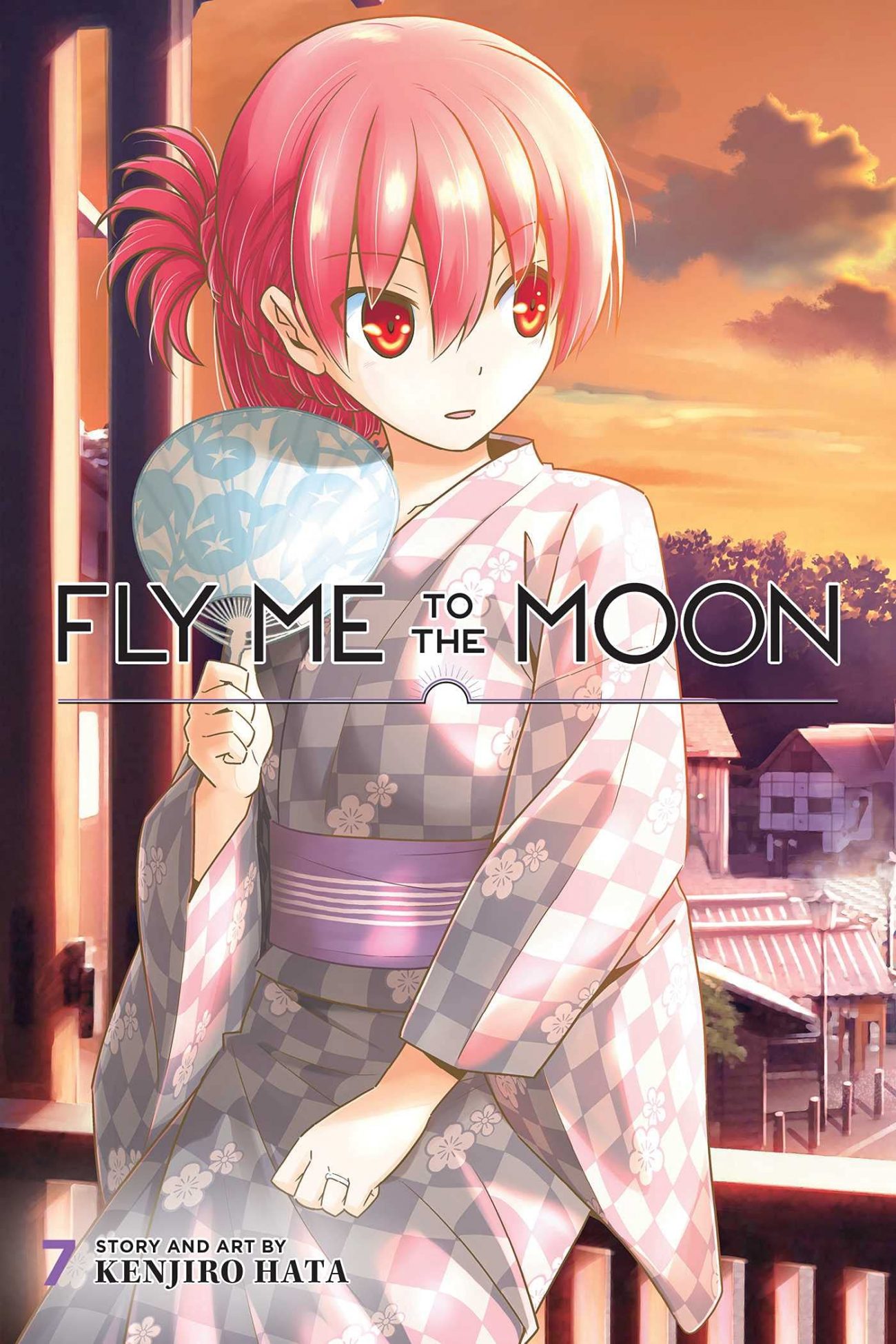 MANGA REVIEW | "Fly Me to the Moon" - Volume Seven

It’s been over a year since Nasa and Tsukasa got hitched in Fly Me to the Moon. Since that time, they’ve taken trips, experienced newfound loves, and have grown closer with every waking moment. And yet, there’s still this sort of innocent mentality that overtakes the couple, even though they’re married. Perhaps Kaname can assist with this problem, like she does in the manga’s seventh volume.

But first, a hurdle is placed in front of the couple. Nasa is called into work, and Tsukasa finds herself wondering how he’s doing while working the bathhouse. Should she text him? How often? Is there such a thing as “too much messaging”? But as she is about to spend her first night alone as a wife, Tsukasa’s grows far fonder of Nasa. When he arrives back at the bathhouse early in the morning, the two embrace and start making some interesting moves. 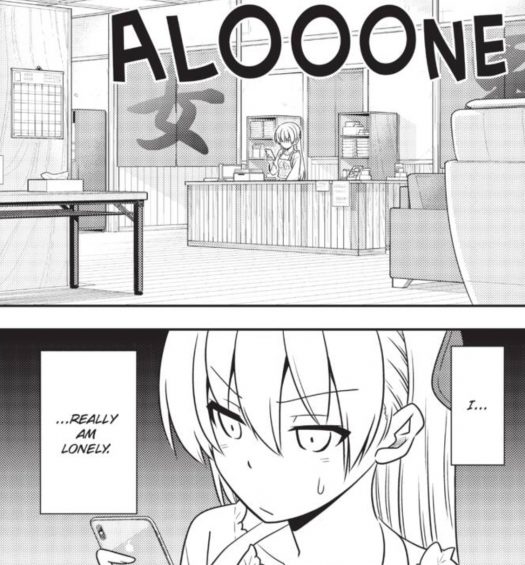 It’s apparent that Nasa and Tsukasa want to be more intimate as a couple, which is why Kaname starts putting some thoughts into their brains. A pamphlet she gives them shows the meaning behind where someone kisses their partner gives them many ideas to slowly spice things up. They’re nervous, of course, but the more they do it, the more they expand their comfort levels. It’s a moment that showcases their desire to grow as a couple, while at the same time demonstrate why they’re one of the cutest couples in manga today.

Fly Me to the Moon may joke about raunchy topics, but it knows that it’s more innocent regarding its execution. Nasa & Tsukasa aren’t Makoto & Yura from Futari Ecchi after all, as they both lack that extra push to, well, get it on, per se. Instead, we see the two of them make baby steps around the bases, as nervousness and embarrassment overtakes their lust at almost every turn. But that’s why we see them grow more in different activities outside of the bedroom. 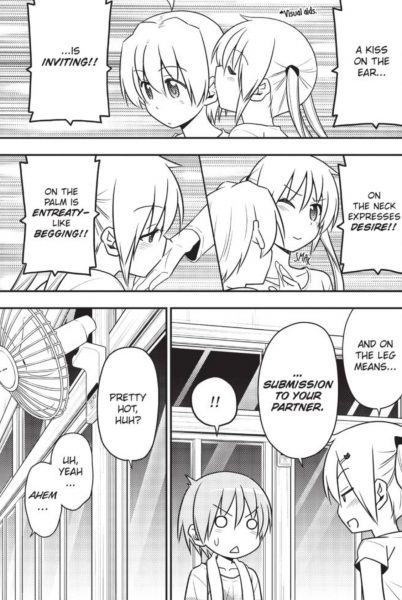 A trip to the movies to see Avengers: Endgame has Nasa and Tsukasa embracing their nerdy sides, when them going so far as to marathon many of the Marvel films before the screening. It’s an example of how dedicated Nasa is when it comes to Tsukasa’s interests, as he can’t take his eyes off her while watching the finale. Meanwhile, Tsukasa helps Nasa with his endless work by offering a massage, which makes her want one in return. What could’ve resulted in a romantic grand slam instead has Tsukasa’s touch sensitivity forcing Nasa into more gentle territory.

Some may feel frustrated by the lack of progress in Nasa and Tsukasa’s relationship, but that’s not what Fly Me to the Moon is about. Kenjiro Hata instead puts a spotlight on the cuteness of love, in ways that’ll make any reader swoon and wish they had a relationship just like this. But as its seventh volume closes, there appears to be a hint that things may get a little steamy between the two. And no, we’re not just talking about the hot springs resort they’re visiting for a legit honeymoon… 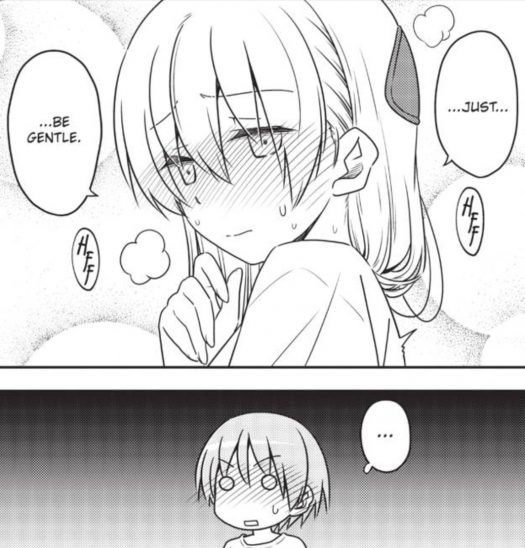