HomeComics/MangaMANGA REVIEW | "When Will Ayumu Make His Move?" - Vol. 1 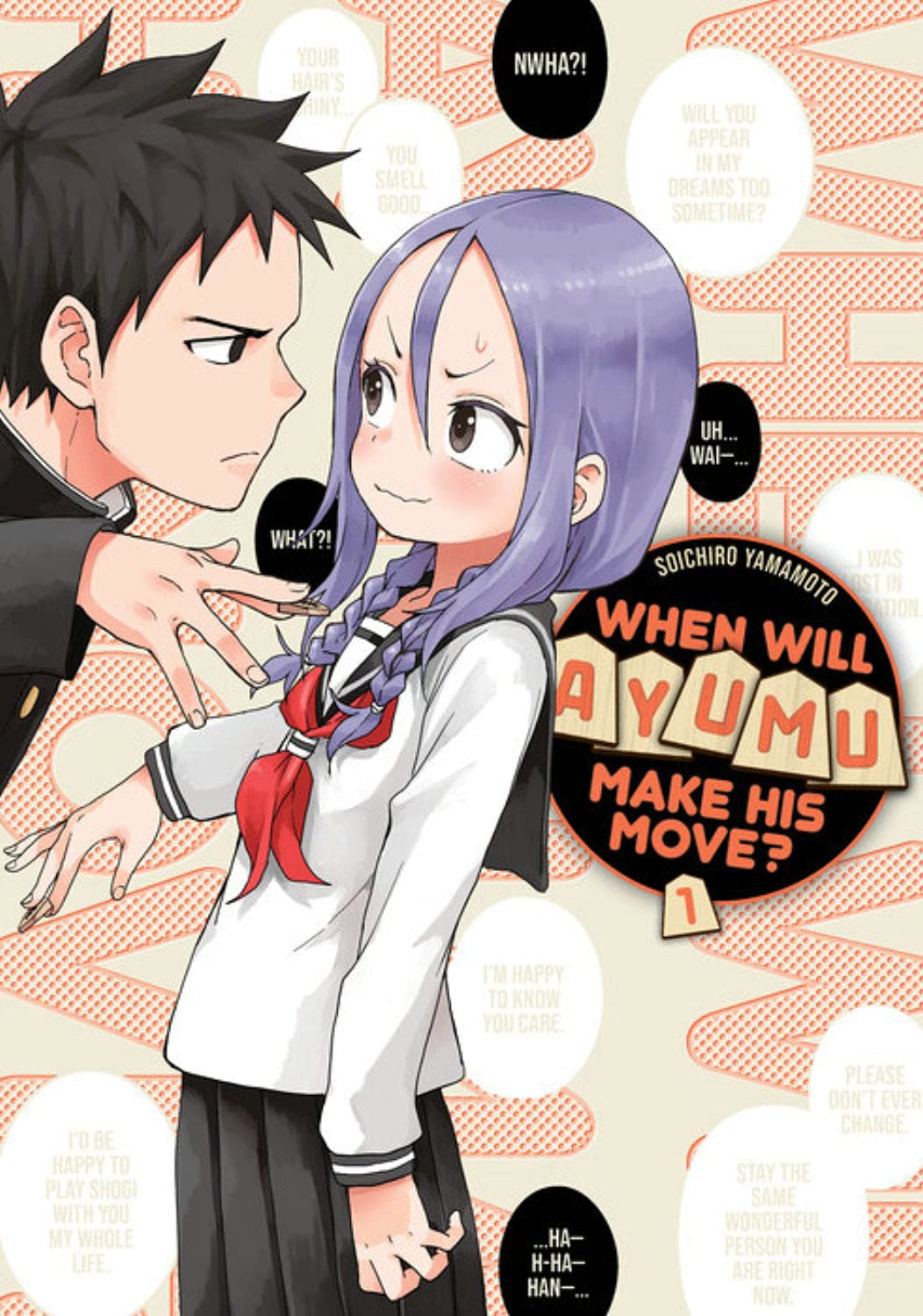 Shogi is the game of intellect. Similar to chess, the game has you attempt to take control of the board and capture your opponent’s king. Strategy is key to victory, with the need to prep many moves ahead in order to secure the win. But just as hard as shogi is the game of love, so imagine if you’re the type of person that’s forced to play both of them at the same time. That’s the premise of Soichiro Yamamoto’s latest series When Will Ayumu Make His Move?, as two players set out to defeat each other both in shogi and in the art of the love confession.

Urushi has the goal of creating a shogi club, but the only person who shows up is Ayumu, a former kendo club member. Ayumu does his best to learn the game of shogi, as Urushi shows him the key rules and tips in order to gain victory. However, Ayumu often finds himself entranced by Urushi’s cuteness, something that leads her to believe that he has a crush on her. Yet despite her constant grilling, Ayumu just won’t admit his love for the shogi player. 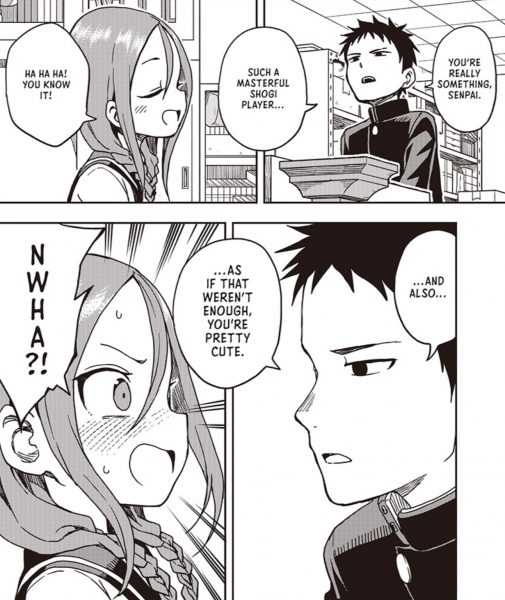 One of the things that I appreciate about the premiere volume is that it begins with a complete guide on how the game of shogi works. As someone who has had a travel-sized board for nearly 15 years, this comes in handy when it comes to finally learning how to play the game. Not only does it dive deep into the rules and meanings of the pieces, but it also gives you tips on some of shogi’s most powerful moves. While it’s not the type of game you can learn overnight, I now feel like I can actually play shogi somewhere down the line.

As for the story of When Will Ayumu Make His Move?, it does start off in a rough patch. Yamamoto drops his readers in deep into the relationship between Urushi and Ayumu, without explaining when and how the former kendo player got roped into joining the unofficial club. Because of this, you don’t get a real sense of who these two characters truly are. With that being said, you do get a sense of how they both feel for one another. 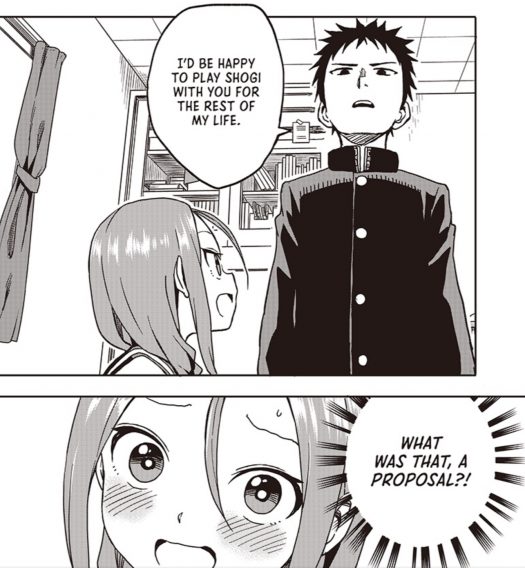 Whether or not Ayumu’s complimenting Urushi as a strategy to win at shogi remains to be seen. However, it’s evident that Ayumu really likes Urushi, so it’s safe to say that his kind words never ring hollow. There’s also the fact that Ayumu hopes that the club never expands, as he wants Urushi all to himself. Yet despite this confession, Ayumu still won’t budge when Urushi asks if he likes her.

There’s a similar tone in When Will Ayumu Make His Move? that’s akin to Yamamoto’s modern-day classic rom-com Teasing Master Takagi-san. Both have protagonists that share feelings for one another, while at the same time compete in a certain kind of game to rile up the other person. The main difference is that Takagi-san and Nishikata play loads of games in order to get a feeling for one another; Ayumu and Urushi have just one that they both want to focus on. Said difference definitely gives more room for Takagi-san to be more creative with her competitiveness; Ayumu, on the other hand, has to use much bigger brain in order to conquer both the one singular game and the heart of Urushi. 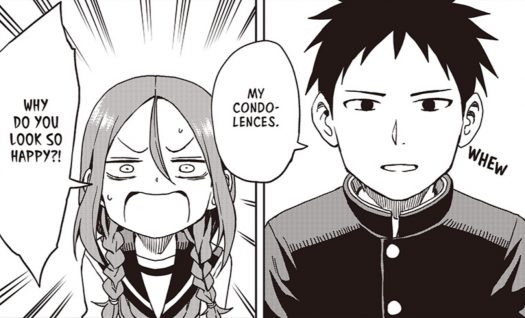 It’s not necessarily a bad thing for the story to just focus on one game rather than a plethora of them. However, I worry that this may force Yamamoto into a corner later on in the manga’s lifespan. While it’s a very cute-looking series (with the author’s love for women with big foreheads ever-so apparent), When Will Ayumu Make His Move? needs to prove that it’s not just a one-note rom-com that milks the same situations over and over again. The first volume does good with some of the humor and sweetness, but the merely decent execution just makes me want to go back and read & watch more of Takagi-san.