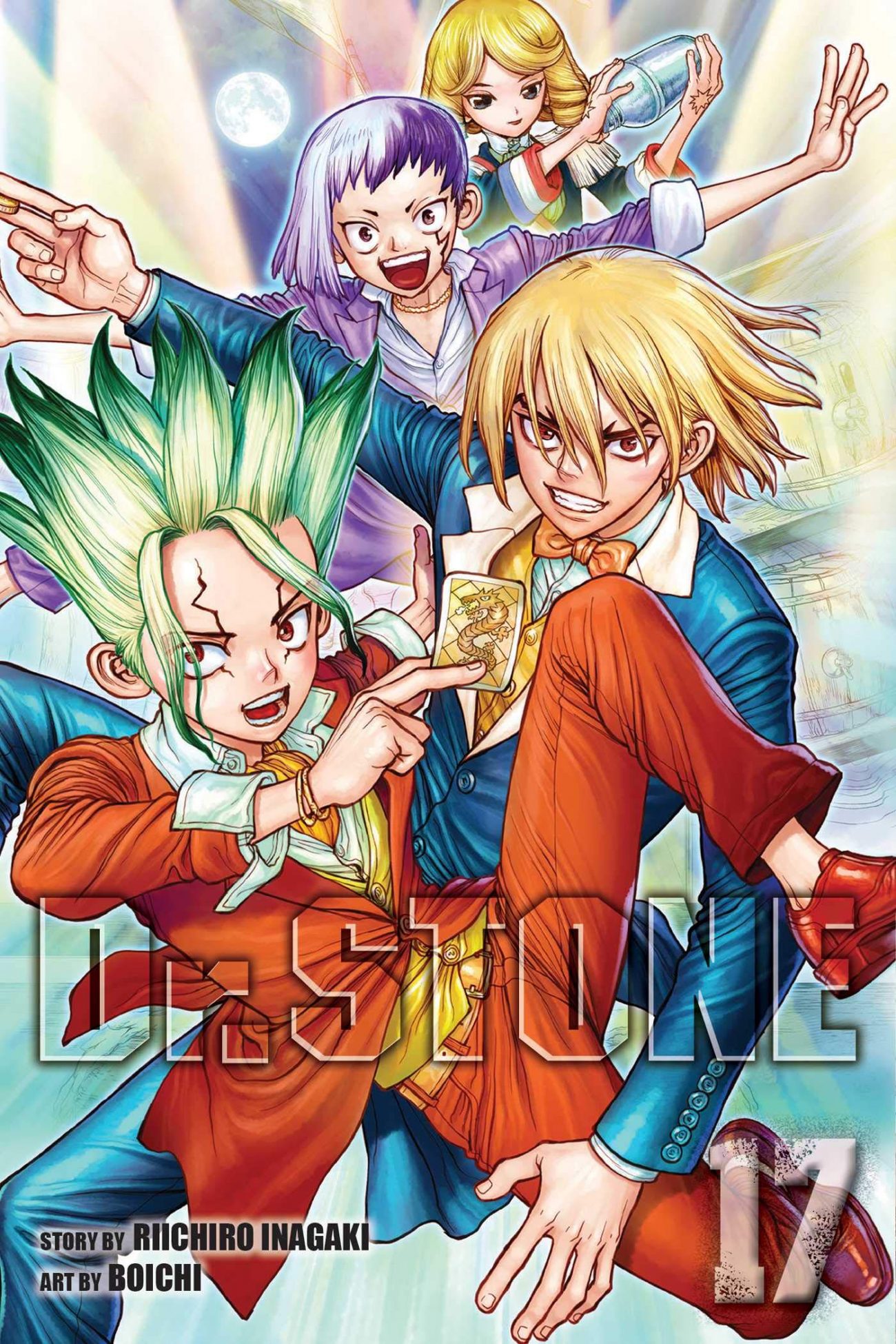 There would be a time when Dr. STONE would have to leave the confides of Japan. Now with a boat and reliable crew, Senku sets off towards the United States for some of that life-reviving corn. But before he gets there, some problems arise in different forms. Fortunately, Volume Seventeen of Dr. STONE has ways of finding solutions to even the biggest pickles.

The first problem has Senku and Ryusei facing off over the direction they should set sail. Senku’s route is shorter-yet-tougher, whereas Ryusei’s is easier-yet-longer. A solution arrives with a game of cards, where Gen’s tricks and Kohaku’s keen eye play major factors in how the hands are dealt. Soon after, a thirst for booze results in some keen drinks based on every member of the crew. Finally, their arrival in the US has them facing off against another revived foe, one who may have far better science knowledge than Senku himself. 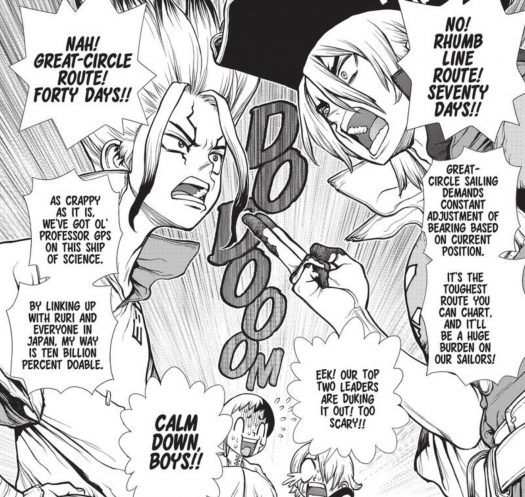 On the ship, the tone of Dr. STONE is more focused on fun than science. While Riichiro Inagaki and BOICHI’s story is all about the latter, it’s a nice break seeing Senku, Taiju, and the shipmates let their hair down for a bit. Seeing their reactions to the wonders of the ocean is not only a joy, but also fun. What’s more, it’s cool seeing everyone — even former enemies — enjoy their free time with some casino fun and tasty beverages.

But once they arrive in America, the tone drastically changes. It would seem fitting that someone from the States would not only be revived, but also pretty trigger-happy! Fortunately, Senku’s more amazed at they mysterious person’s technology than frightened, making him go full speed ahead in the name of science! No man or beast (especially scaly ones that’d make for good burgers) will have Senku and the rest of his crew turn tail, even when the attacks come from the sky. 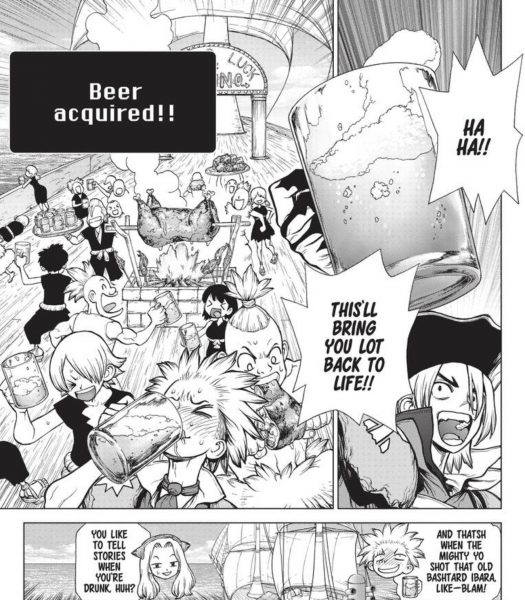 This new ally/enemy now raises other questions. When did they revive? What sort of technology are they capable of? Could other continents have at least one revived person? With Gen scoping out this other Kingdom of Science, one can bet that many answers will soon be revealed either freely or via the mentalist’s own cunningness.

Until then, Dr. STONE’s seventeenth volume offers both an entertaining and informative look into the journey to America. The science is in the drinks, and the concoctions look rather tasty! Thankfully there are instructions on how to make them, so if you’ll excuse me, I’m gonna attempt either a Suika or a Gen! 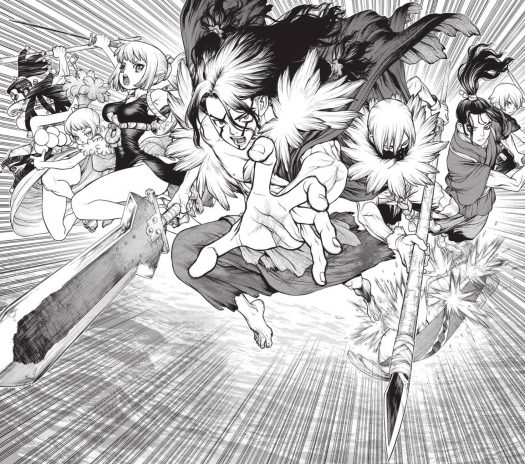