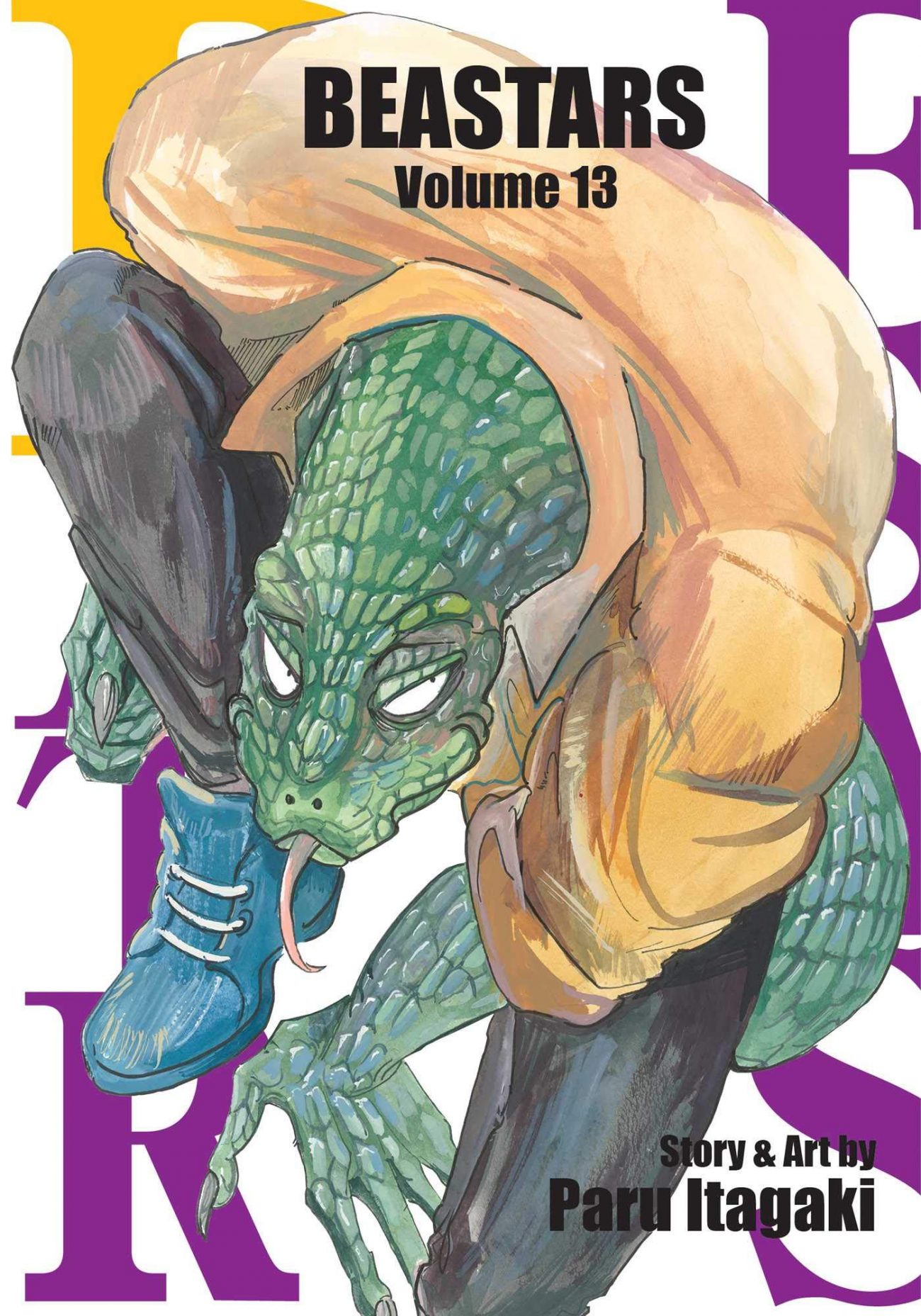 They say when the world closes a door, God opens a window. In the case of Legoshi, his need to eat Louis’s leg to battle Tem’s killer slammed a door right in his face. But in his new surroundings and life, a window of opportunity has opened to give him perspective. Perhaps that’s why the thirteenth volume of BEASTARS finally has Legoshi come face-to-face with who and what he truly is.

A dinner with his grandfather Gosha leads to an unexpected fight with some nasty backstreet folks. As he becomes accustomed with his new living quarters, Legoshi also finds friendship in both Seven and a spotted seal named Sawan. Meanwhile, a drug for carnivores called BB is passed around the street, with the current Beastar Yahya hot on its trail. However, with him unable to see completely 360, he needs another to fight alongside with. 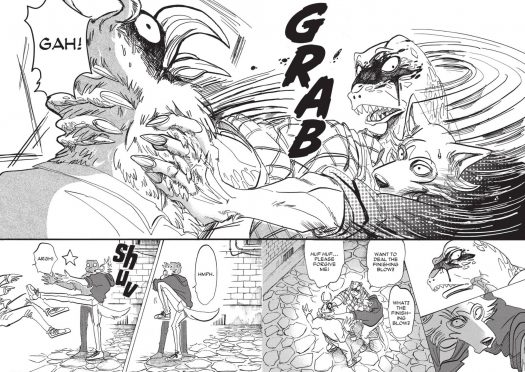 With the main story now complete, it’s interesting to see how BEASTARS continuing onwards. But as life goes, there’s not just one carnivore out there seeking herbivore flesh. It’s both the fight in the back alley with Gosha and his run-in with a BB dealer where Legoshi finds his true purpose in life. It’s also a chat with Louis where he finally realizes that he doesn’t crave herbivore flesh; he wishes to protect it!

Thus it seems natural for Yahya to come into the narrative. As BB becomes a hotter item on the streets, it’s apparent that the Beastar horse can’t fight on his own anymore. It’s a meeting with former partner Gosha that makes him realize that his former six has no passion to fight for justice. However, learning about Legoshi, it would appear that Gosha’s torch is about to be passed to him. 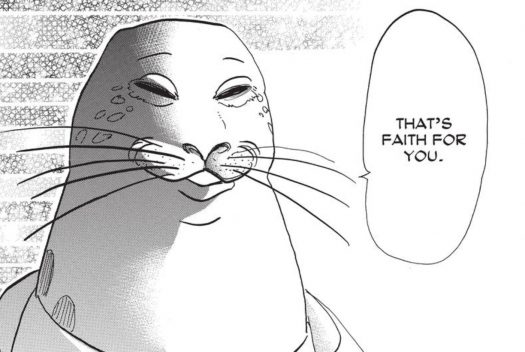 The real fun of this BEASTARS volume comes in the form of Sawan. Legoshi bonds with the spotted seal over philosophies and one’s ways of life. It’s seeing a sea animal be accustomed to land that makes Legoshi realize that a new perspective on life is just what he needs. As such, he not only grows as a person, but also a neighbor. However, as it’s hinted throughout here, Legoshi may soon evolve as a fighter as well.

It’s apparent that Yahya and Legoshi will soon cross paths. How they mesh is still up in the air, but it’ll be interesting to see if their philosophies click together. Still, the world of BEASTARS is looking to evolve, as we see both a lighter and darker side of its people and politics. With its thirteenth volume, Paru Itagaki’s story is showing some signs of expanding into something far greater than a “schoolyard scuffle”. 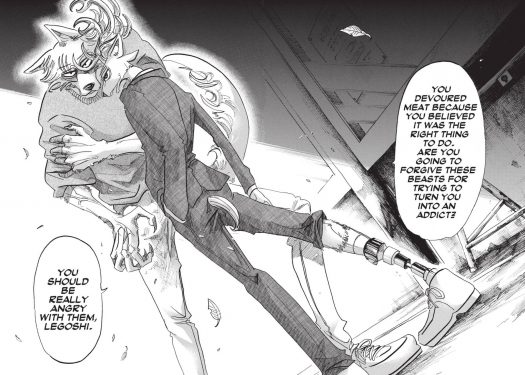