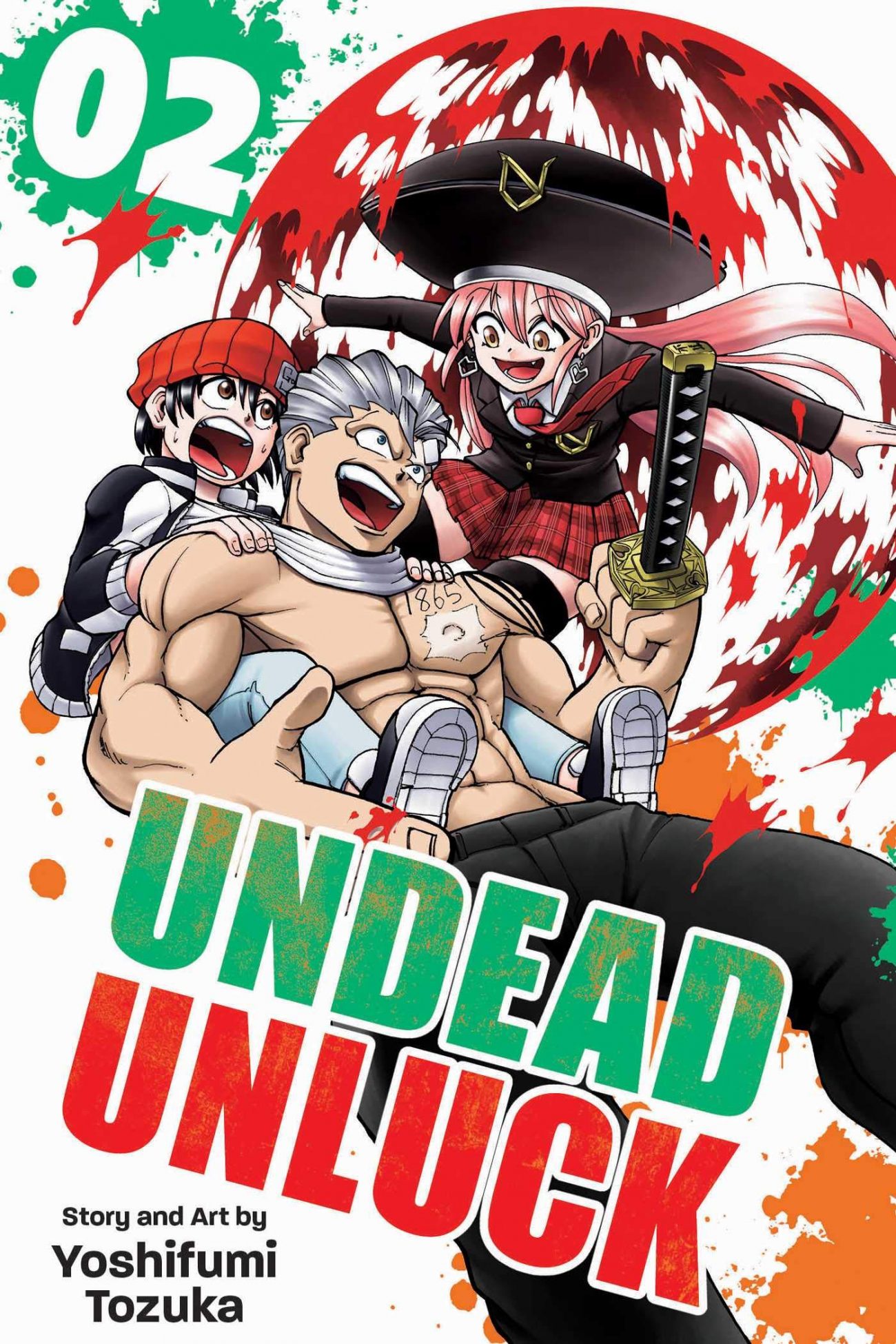 When I look at Yoshifumi Tozuka’s Undead Unluck, I see a lot of potential. Its first volume impressed me to the core, with its mixture of hardcore action and slapstick comedy. But as Andy and Fuuko’s journey towards death and normalcy continues, the duo find that they’ll have to play nice with those who originally wanted them dead. In Volume Two of Undead Unluck, their form of play gets them a seat at the table.

After dealing with Gina, Andy and Fuuko attempt to have a night of booze and beef stroganoff. No sooner do they sigh with relief that the Union shows up and pulls them into their chambers. Instead of killing them, Union welcomes them with open arms, as they are tasked with dealing with certain UMAs. Andy and Fuuko’s first quest with Union brings them to a Nevada town, where people mysteriously turn into zombies. In order to find the culprit, Andy has to do the unthinkable: get hitched! 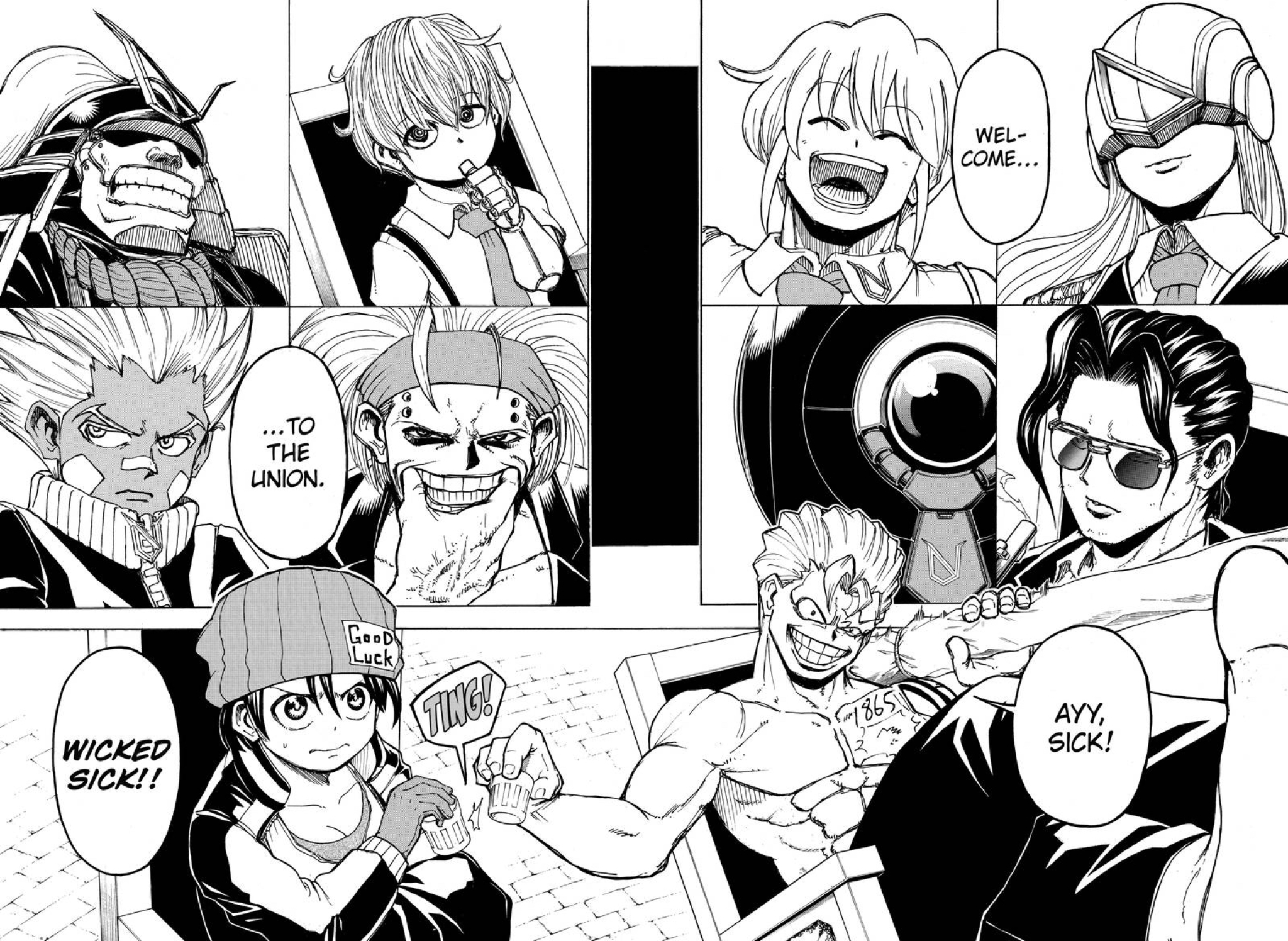 There’s a level of fun that’s placed within the chaos of Undead Unluck, be it how Andy can literally rip himself apart to power up or Shen using his feelings to help take a villain down. As for Fuuko, her Unluck skill comes in handy in the funniest of ways, with even the slightest brush of her body causing a delightful amount of mayhem. But even when things seem to be maniacally jolly, a solemn moment can be squeezed in for good measure, as evident by Andy’s treatment of Gina after their battle. When the time calls for it, this series can have a little compassion placed in without it feeling forced.

It’s during the search for Spoil where Andy’s abilities and personality take over, with imagery of zombies being slaughtered with delicious glee. However, Fuuko’s chat with Shen unveils a side of Andy that’s yet to be seen, all of it tied to the card that’s impaled in his forehead. When Spoil seems to be unbeatable, said card is pulled, revealing the kind of behemoth Andy truly is! On top of that, he’s a lot more dangerous and unhinged, something that scares even Fuuko to the core! 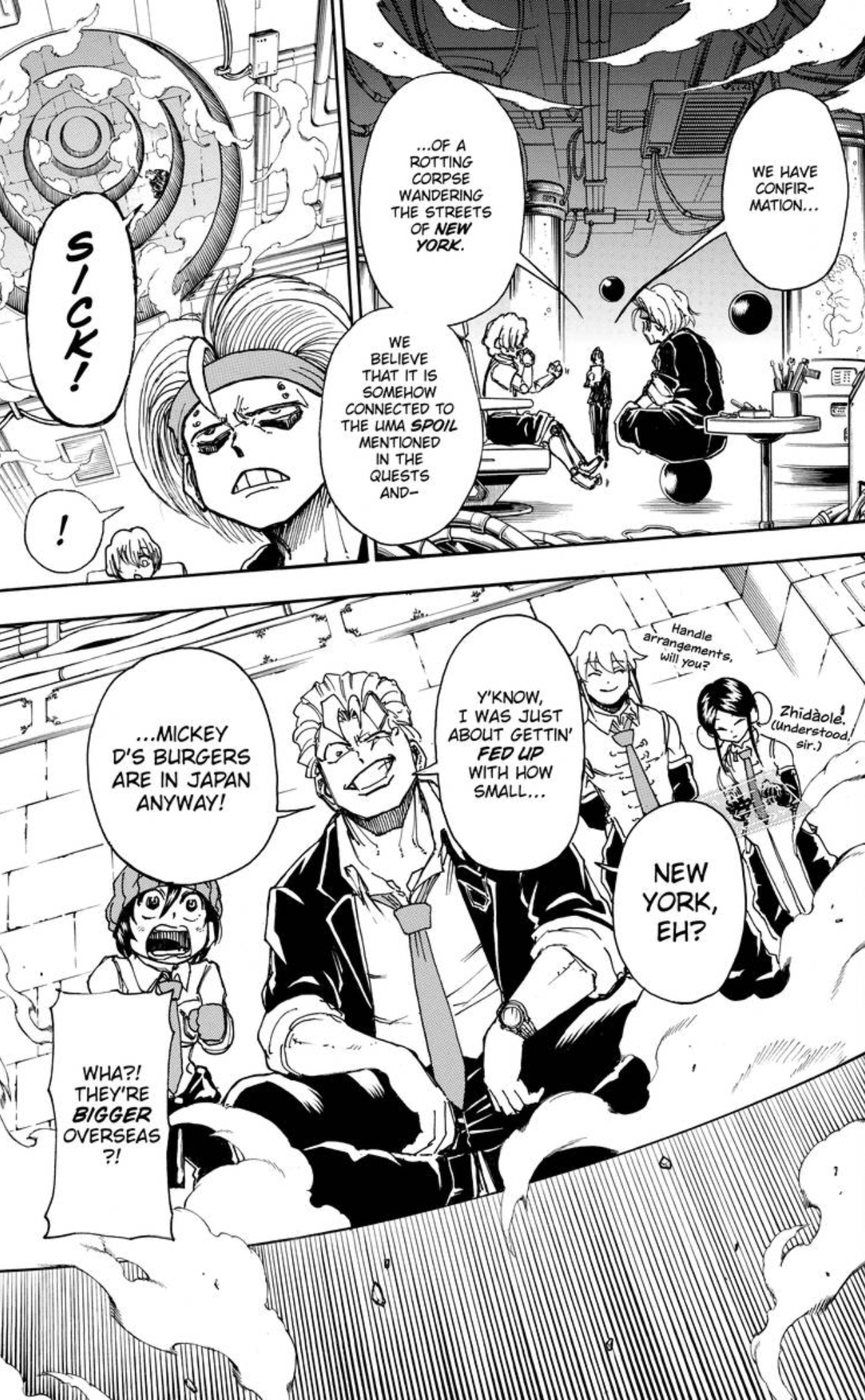 However, throughout this volume of Undead Unluck is the stuff that made its first couple of chapters a joy to read through. The bantering, the misfortunes, and — yes — the de-pantsing that helped to make Tozuka’s manga a snicker-fest are all in-tact. And even when Andy finally finds a piece of clothing worthy of its body, it results in a comedic argument that brings to mind Captain Smiley and Star from the video game Comic Jumper.

Volume Two of Undead Unluck delivers the right dosage of action, comedy, and character development. It ends on a proper cliffhanger, bringing a hint of what the rest of Union will be capable of. While there are a couple of slow parts that keep it from being as impressive as the first volume, Undead Unluck continues to trot forward with an idiotic grin and a thirst for wanton violence! 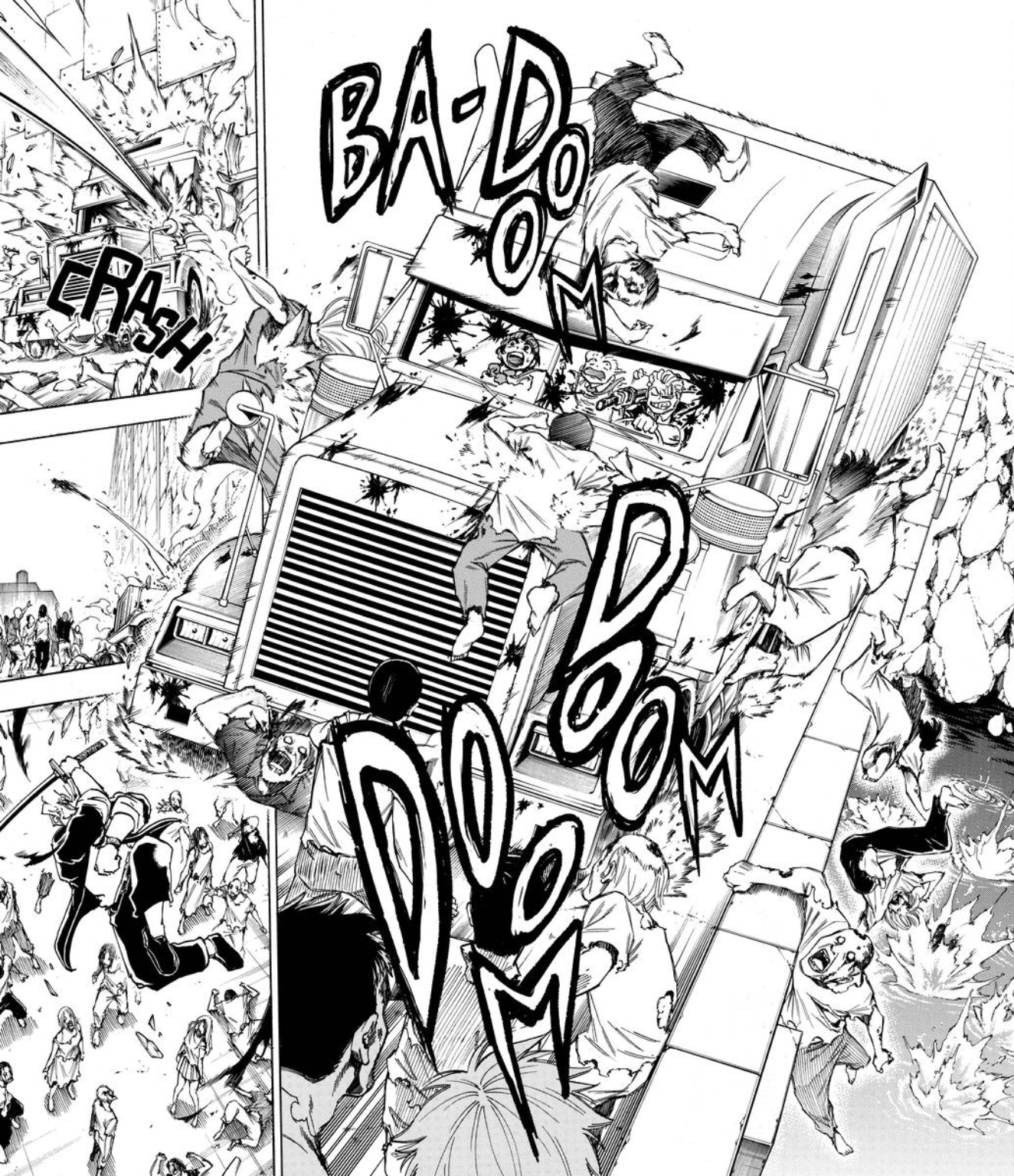