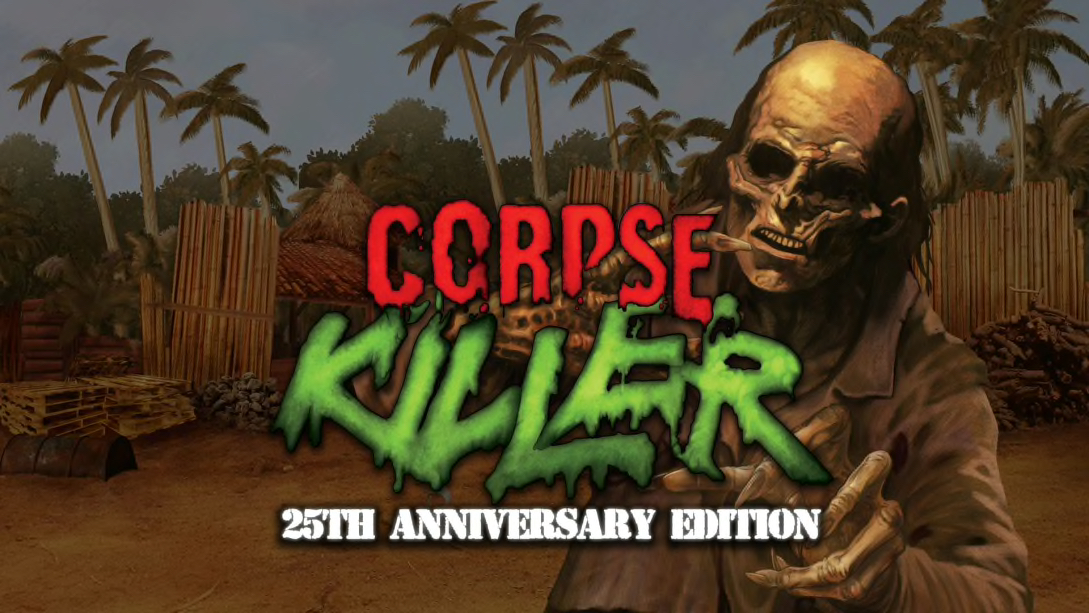 During the 90s, the gaming industry attempted to fade the line between video game and movie. Thus, we were given the creation of FMV video games, where gameplay mixed it up with live-action villains and schlockbuster-budgeted movie scenes. Sometimes we were given gems, such as Mad Dog McCree and In the 1st Degree; other times, we got trash like Make My Video and A Fork in the Tale. And then, there are those FMV games that went in-between the lines of bad and good, with the most infamous one being Corpse Killer for the 3DO, SEGA CD, and Saturn.

For some reason, someone somewhere decided that Corpse Killer was ripe for a revival for its 25th anniversary. With the aid of Limited Run Games and Screaming Villains, developers Digital Pictures have given the game a good cleaning. Visuals are greatly improved, not to mention its loading times are a lot faster to deal with. But does this help with making Corpse Killer a good game? Well…kinda. 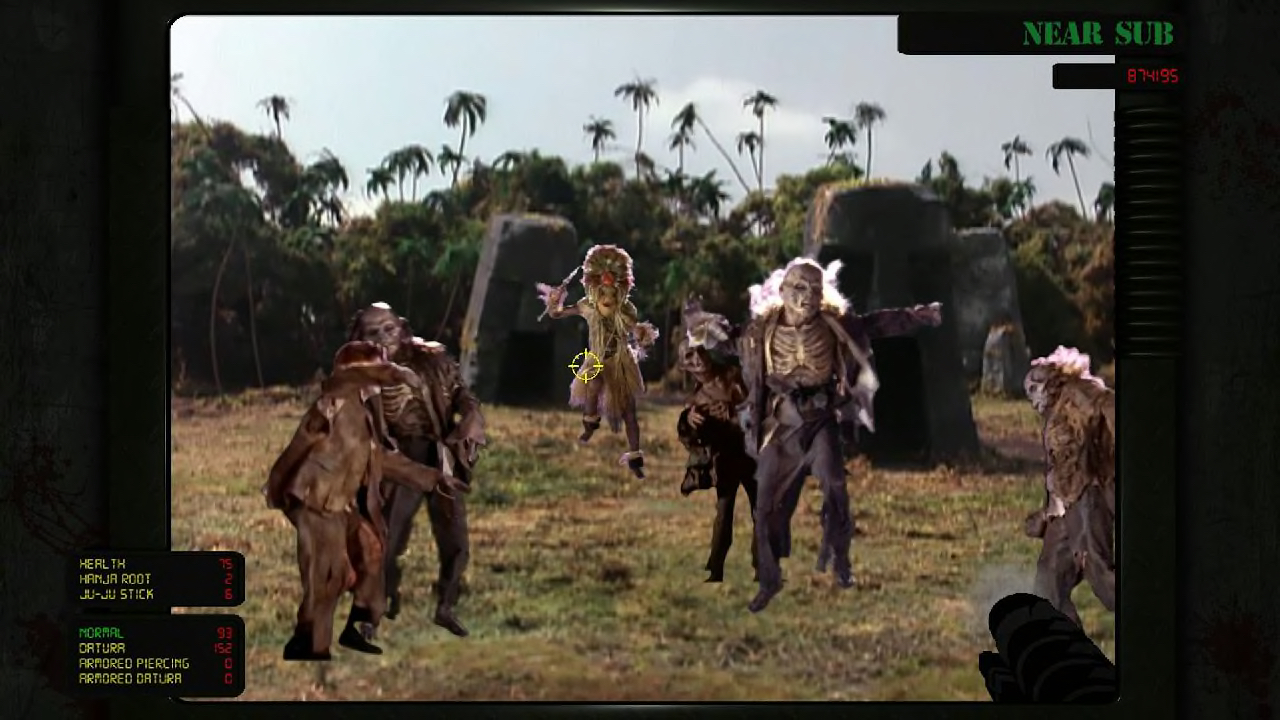 Corpse Killer has the spirit of a direct-to-video b-horror movie, with terribly funny acting and a nonsensical story. You’re a soldier dropped off onto a tropical island, where Dr. Hellman is creating super soldiers via the undead. With the aid of Rastafarian treasure hunter Winston and reporter Julie, you must take down all of the zombies and blow wide open the secrets kept by Dr. Hellman.

And yet, despite being on a desert island, the zombies you come across are a strange folk. They’re hippies, disco dancers, prisoners, white boy wannabe gangstas, and the occasion decoration you can buy from Spirit Halloween. Why they’re here, it’s not explained. (Perhaps a failed Fyer Festival-like event brought them to this island?) Sometimes you’ll come across one of your allies in zombie form, one of whom is Rob Zombie fave Bill Moseley for some reason. 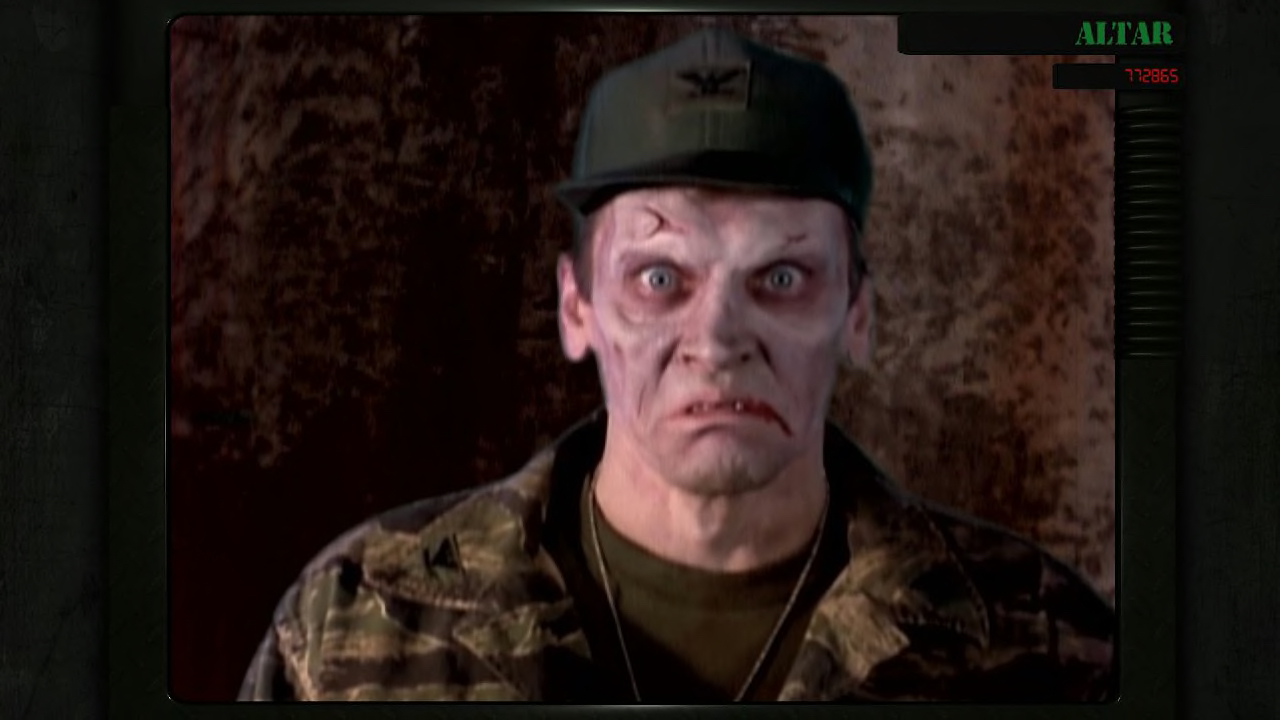 Gameplay in Corpse Killer takes the form of a rail shooter. Each level has you simply shooting up every zombie that comes into your sight. They come in many waves, making it hard to get them all (especially with the lack of light gun controls). However, you’ll sometimes be gifted with special black & white zombies, which one-kill all of the enemies on-screen in one fell swoop.

The hardest thing to deal with is your health. While it takes a lot of zombies to land you at a Game Over screen, you are given the bare minimum chance of regaining HP in each level. In some occasions, you’ll find a piece of health floating down for you to grab; yet at the same time, you’re being swamped by the undead that’ll lower your health even more. Hence why the choice to grab health and taking down oncoming zombies can be tricky, especially with the way the game controls. 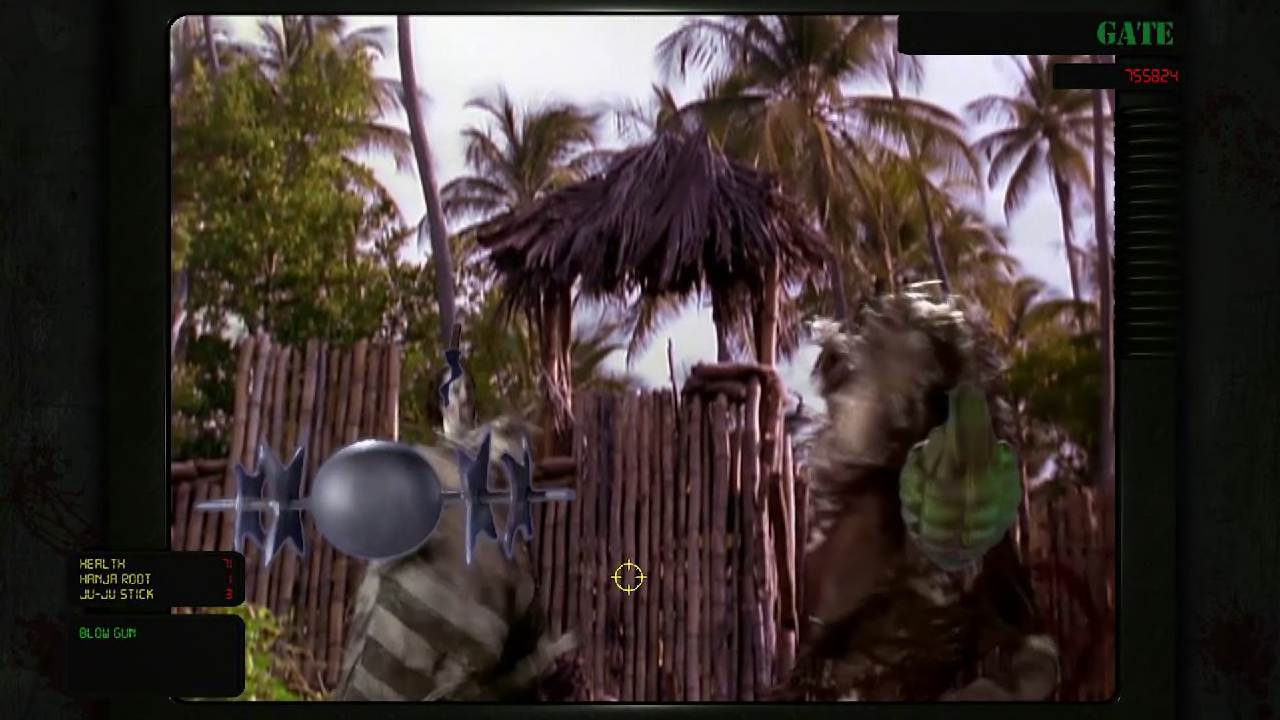 As the Nintendo Switch isn’t made to do light gun games (a shame, seeing as the Wii did it fantastically), you’ll be forced to move your cursor around to take down enemies. Unfortunately, the cursor’s settings will have you moving around either too fast or too slow. Because of this, it’ll be very easy for you to miss your target. And no, there’s no option to play with the touchscreen when in handheld mode, something that should’ve been a no-brainer for Corpse Killer.

If you manage to get through the poor controls, you’ll be treated to some cinematic scenes that certainly fall in the “awesomely bad” category. Winston’s Jamaican accent is Cool Runnings kinds of terrible, whereas Julie’s journalistic skills don’t match with her bimbo personality. Perhaps the only one that’s trying is Dr. Hellman, played by the late Vincent Schiavelli. He hams it up in a way that brims with too much personality for a game like this. 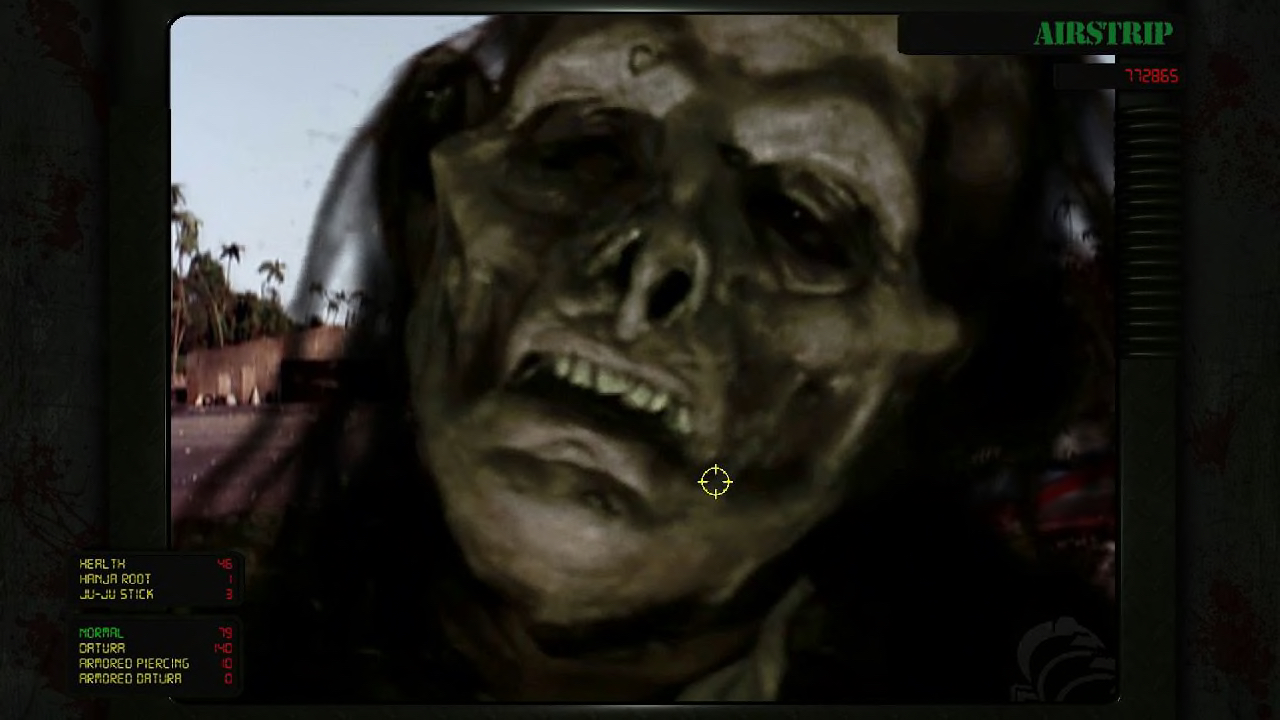 Corpse Killer will take you a couple of hours to get through. To give it that special edition feel to it, players can unlock tons of behind-the-scenes footage, the original script, and some still images from its original making. Players can also experience the game with either its original soundtrack and the unheard one that was scrapped. (Though there’s a reason why it was changed: it’s pretty bad!)

I have no idea why Corpse Killer was remastered, as there are many other FMV games that deserve this treatment far better. But it’s here, and while stupid, it’s still pretty fun. It hasn’t aged like fine wine, but that helps to make it funnier. You won’t lose sleep if you miss out on Corpse Killer now, but it’s in your grasp for those interested in some dumb fun.