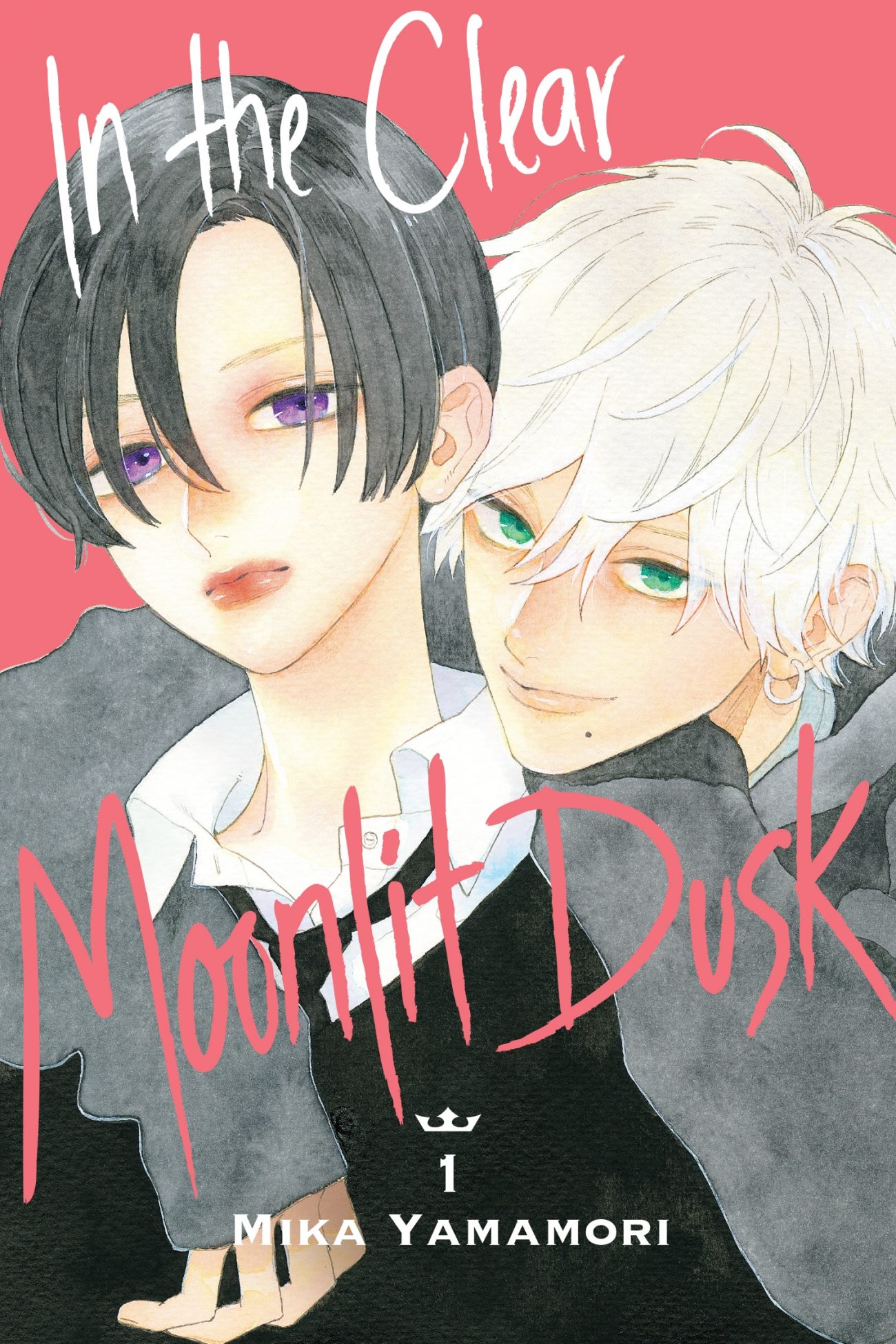 Princes comes in many shapes, sizes, and even genders. The anime and manga realm is filled with princely females, from Shima in Kiss Him, Not Me to Yuu in Monthly Girls’ Nozaki-kun. But rarely are these “princes” given the princess treatment that they so desperately want. Thankfully, Mika Yamamori’s In the Clear Moonlit Dusk is here to fix that!

Yoi is an androgynous girl whose looks and mannerisms swoon every other female student around her. For as long as she can remember, Yoi was never treated as a woman. That’s when another “prince” named Ichimura literally drops right in front of her, and finds Yoi to be beautiful. Upon realizing that Yoi’s a girl, Ichimura aims to win her heart by, well, just being himself. 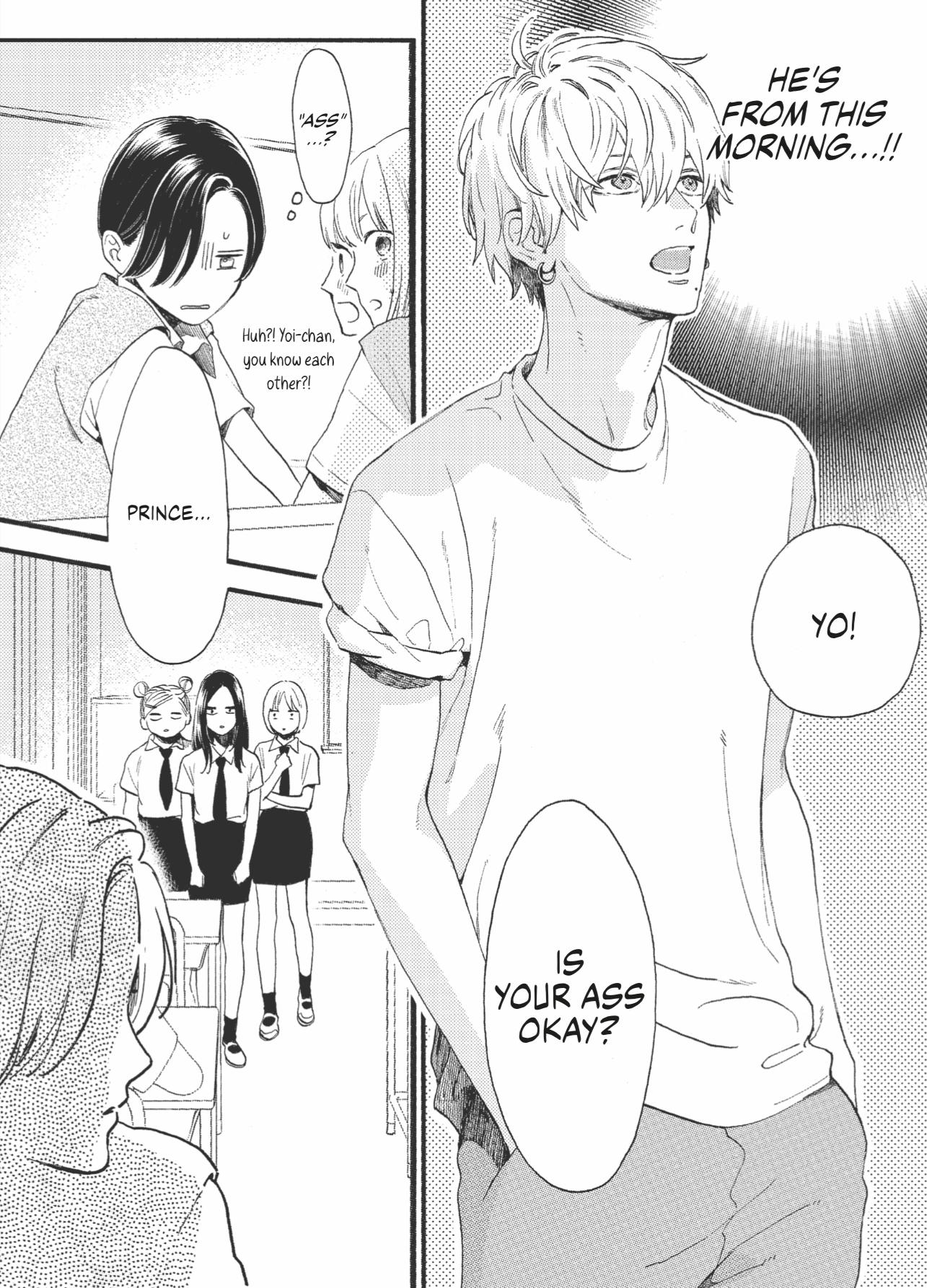 There’s a sense that Yoi is very much used to the “prince” label in In the Clear Moonlit Dusk, as being called that really doesn’t bother her. Ichimura’s appearance somehow lights a flame from within Yoi’s heart, in a way that she’s never experienced. At first, Yoi’s not convinced that Ichimura’s got a thing for her, as a boy has never shown interest whatsoever for her. That all changes when Ichimura offers one kind gesture after another, leaving Yoi to experience new kinds of feelings.

Being literally swept off her feet, offering her shelter during a downpour, and keeping her comfortable while recovering from a cold are just some of the things Ichimura does for Yoi. On top of that, the boy also has a knack for being the right kind of honest. When two girls bad mouth Yoi’s looks right to his face, he lets them know just how ugly they truly are. Even small gestures like eating lunch together and Ichimura returning Yoi’s container are presented with both frankness and a level of endearment. 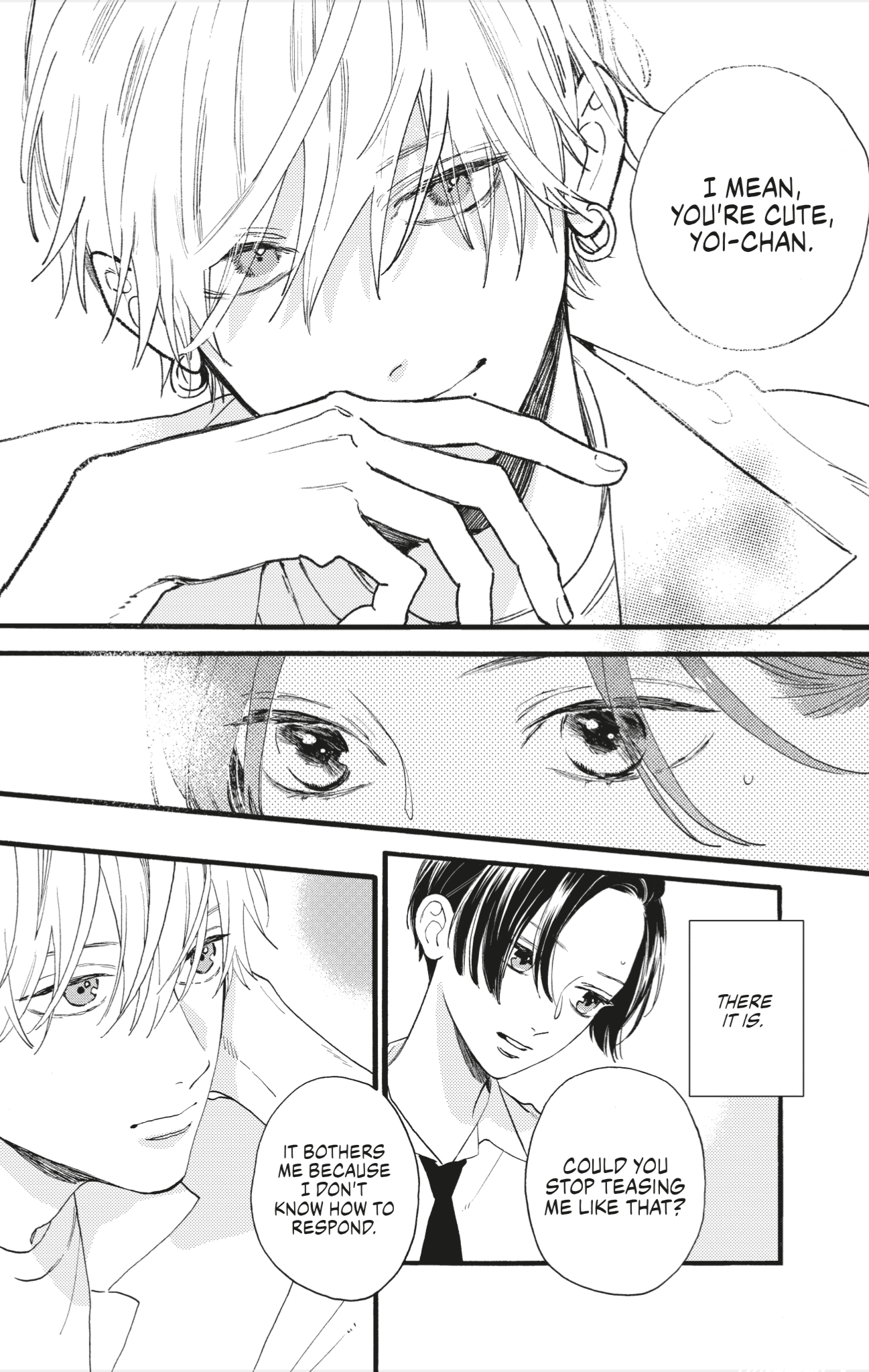 There’s also a good dose of comedy thrown in for good measure. One can see a lot of parallels between Yoi and Haruhi in Ouran High School Host Club, with both having sharp tongues and many means of putting someone down. A moment where Yoi blocks a punch from a bully is also showcased with both a silly and wow-factored response. The reaction from Yoi’s friends about Ichimura’s interest is also funny, with them acting like a bunch of fujoshis despite Yoi being a girl!

All of it is captured in Yamamori’s beautiful art style. The look is very much a shojo affair, but the more comedic facial expression hit their marks with a hearty laugh. It’s when Yoi’s placed into a whirlwind of emotions when the panels start to sparkle with royalty-like prettiness. There’s also a great attention to detail placed in the eyes and smiles of these characters, with some pages being almost hypnotic to stare at. 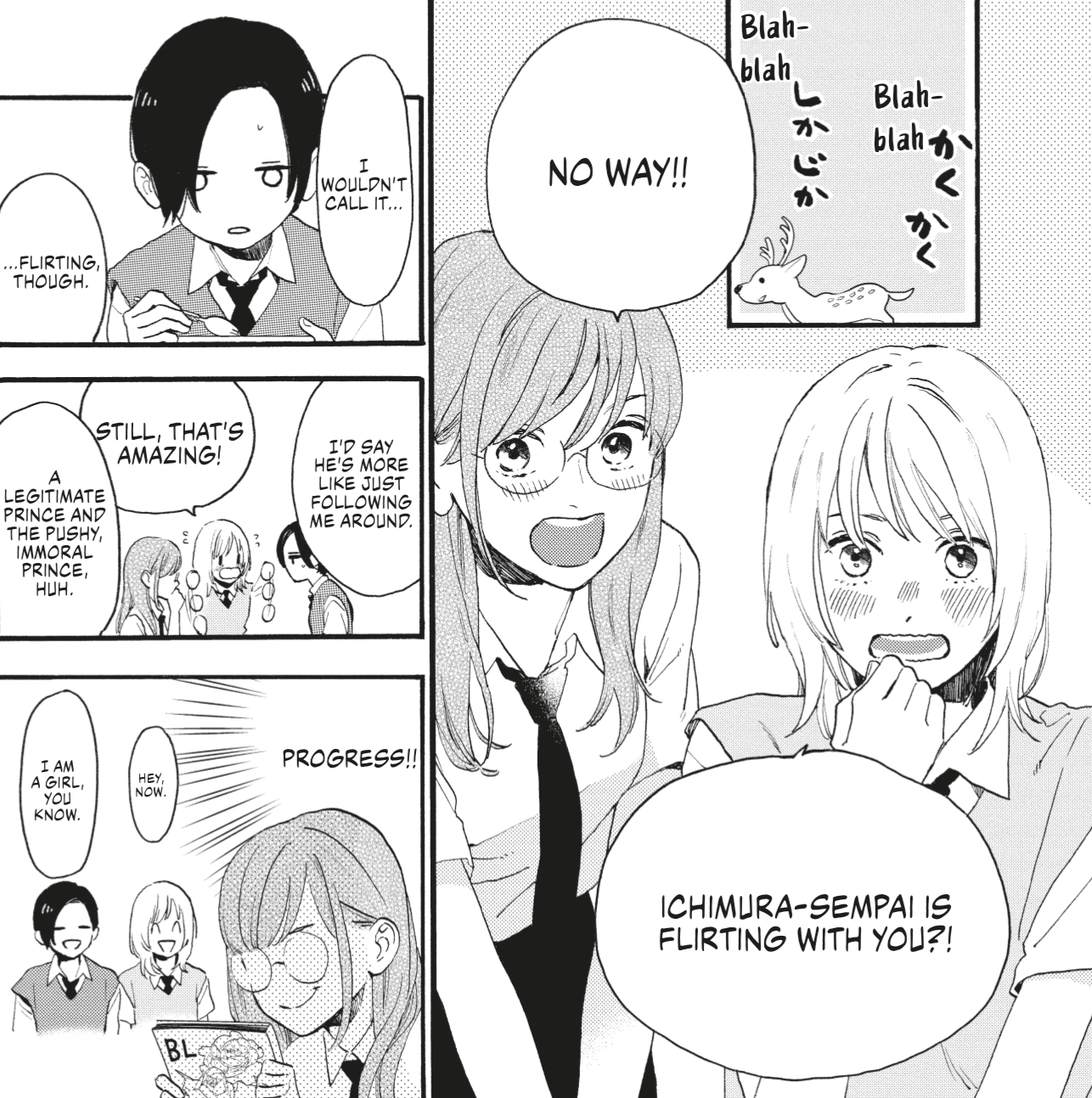 In the Clear Moonlit Dusk is a rom-com worth committing to. There’s a real bond between Yoi and Ichimura that’s both cute and endearing. By the first volume’s end, I was already eager to see where their romance may take them. Anyone else who reads In the Clear Moonlit Dusk will certainly feel the same, as the wait for the next volume will be both slow and torturous!