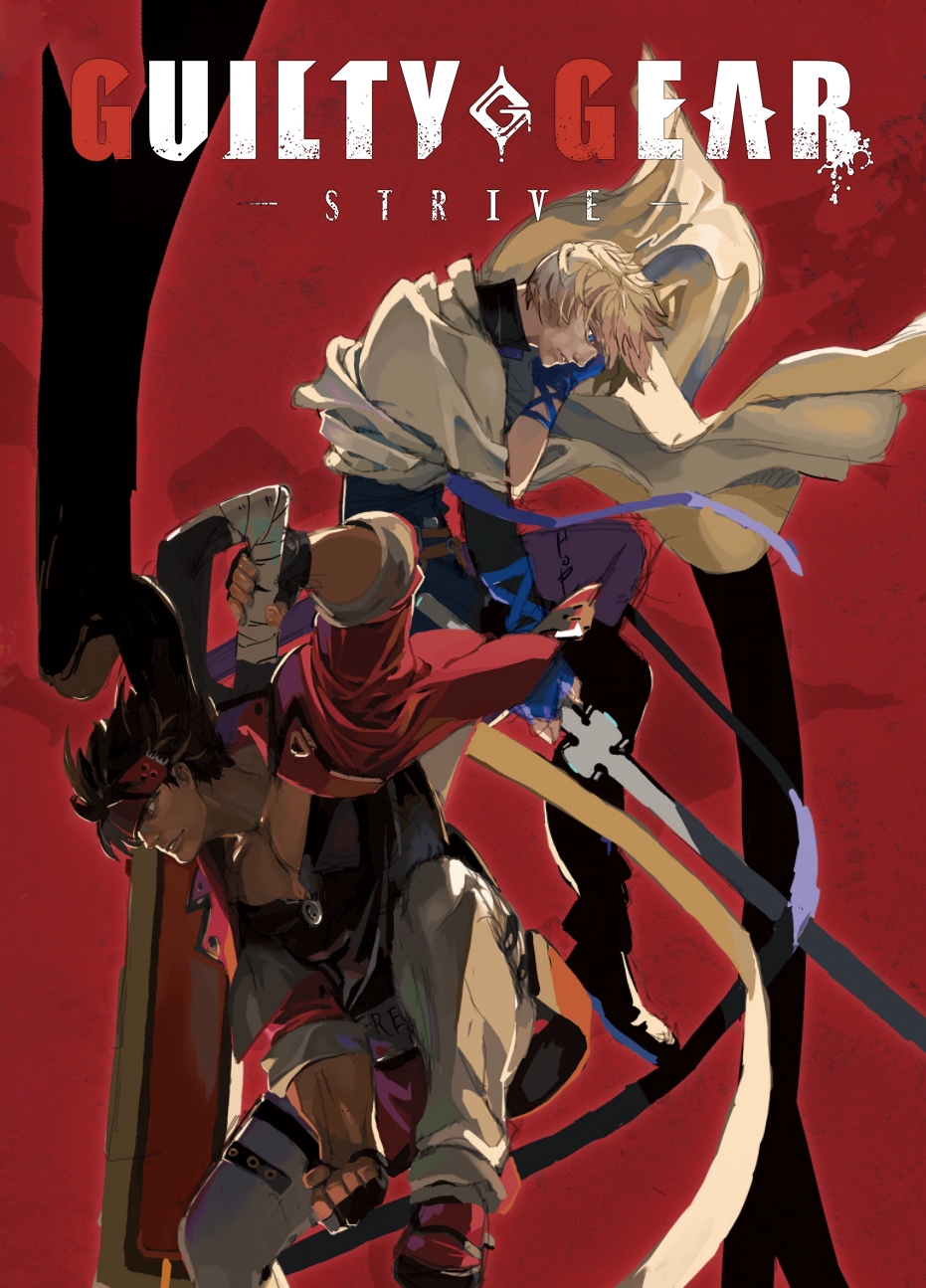 It’s sometimes hard to keep track of all the fighting games out there today. From your King of Fighters and Mortal Kombats to the small fry like Skullgirls and Them’s Fighting Herds, there are many contenders wanting to flex their skills and lay claim to being the best in its genre. But when you hear the words Arc System Works, that’s when those competitors become silent with horror. And with the mere uttering of the words Guilty Gear, those same competitors will go from being quiet to screaming with anxiety.

Since 1998, Guilty Gear has been making its mark in the fighting scene. It doesn’t have its own iconic character like Chun-Li or Scorpion in its roster, mainly because every fighter it showcases has some form of unique coolness to their repertoire. For too long, this series has played second fiddle to the other big boys in the scene, even if it’s technologically a feat for the eyes and fingers. With its seventh game, Guilty Gear -STRIVE-, Arc System Works may have finally conquered the competition. 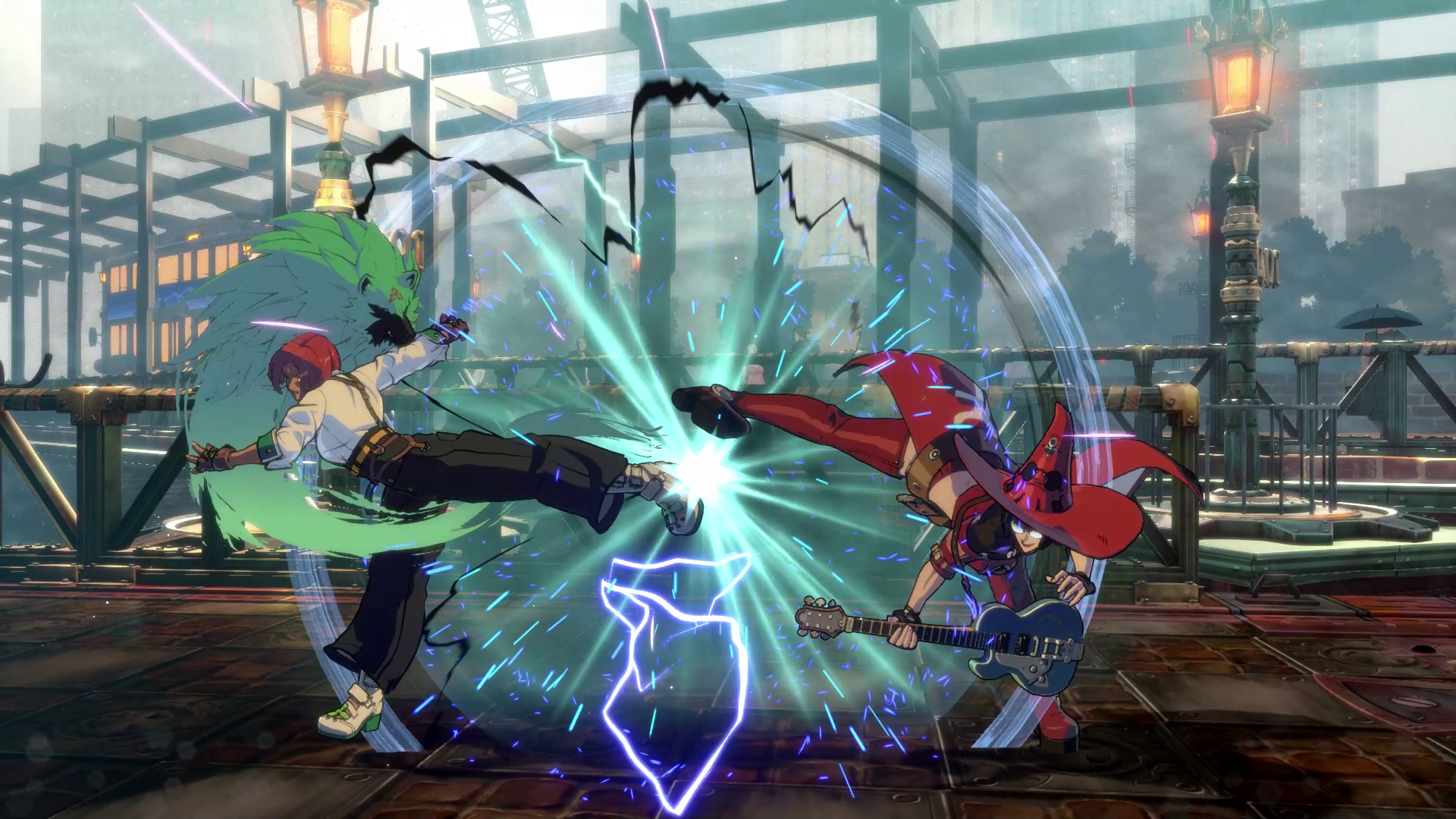 Considered a complete reconstruction of the franchise, Guilty Gear -STRIVE- lets players take control of a current fifteen-player roster. Old favorites like Sol Badguy, I-No, and Chip Zanuff are here to punch, kick, and swipe their way through their matches towards victory. New to the game are two competitors: the vampire samurai Nagoriyuki and the spec ops officer Giovanni, both of who have their own unique ways of making their foes beg for mercy.

On the surface, the game looks a little barebones. Single player mode gives gamers the chance to experience Guilty Gear -STRIVE- in an old-school arcade mode, as well as a marathon-styled survival mode. To hone one’s skills, players can go through the Dojo and embark on Missions to figure out every trick in the fighter’s book. With enough experience under one’s belt, they can then try their hand on the online mode. 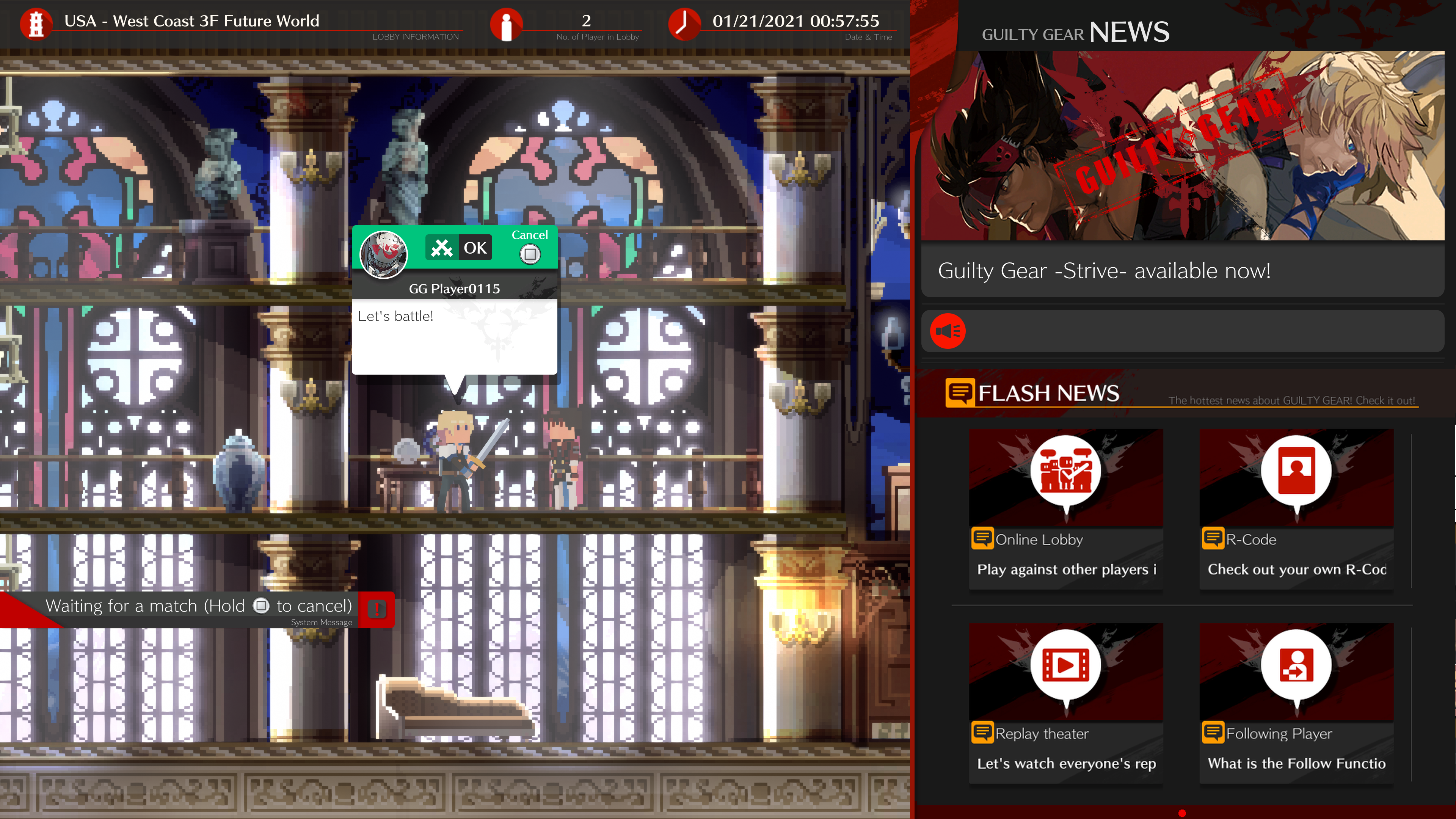 Some may be taken aback by the cuteness of how -STRIVE-'s online mode is set up. Players can craft their pixelated avatar, and then proceed to go through the proper areas to match up with someone with similar skills as theirs. But once you’ve linked with another, that’s when the real glory comes into play. Win enough, and gain access to the higher levels; lose, and down the ranks you’ll go!

Be it online or offline, Guilty Gear -STRIVE- offers plenty of bite with its bark. Right at the start of the fight, you’ll be greeted with some of the prettiest cel-shaded 3D visuals almost anyone will come across. It’s when the fights start when you start seeing why Arc System Works is the best fighting game developer around. Not only is it chock full of kick-ass moves, but each fighter has more personality in them than some fighting games’ entire roster put together. 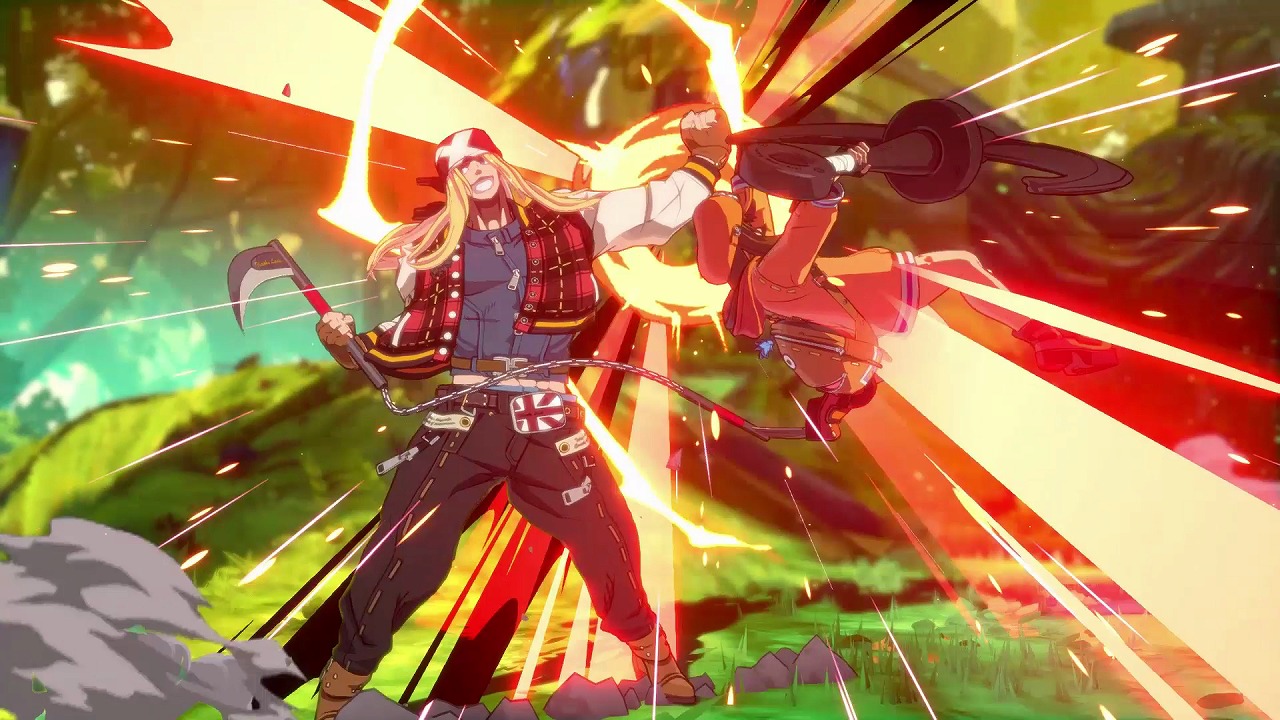 From the cutesy Mai’s anchor-chucking strength to Faust’s horror movie-like essence, these characters have ways of making them stay with you long after you’ve finished playing it. Newcomer Nagobiyuki is like a perfect blend of Yasuke and The Soultaker, while Potemkin is a massive power metal-infused beast who looks like he could smush any Regular Joe without breaking a sweat. Then you have a character like I-No, a witch who wields an electric guitar that can literally pierce the heart of any listener. These characters don’t just look cool; they have the skills to prove their coolness.

Of course, said skills must be attributed by whomever is using the controller. Fortunately, Guilty Gear -STRIVE- is surprisingly easy to dive into. While punches and kicks are no-brainers, pulling off the more spectacular attacks requires only a little bit of practice. It’s seeing Mai calling for her marine friends or Faust kneeing a guy with a wheelchair when one sees the level of insanity these fighters bring. Every moment these attacks land, they never lose their magic or sweetness factors. 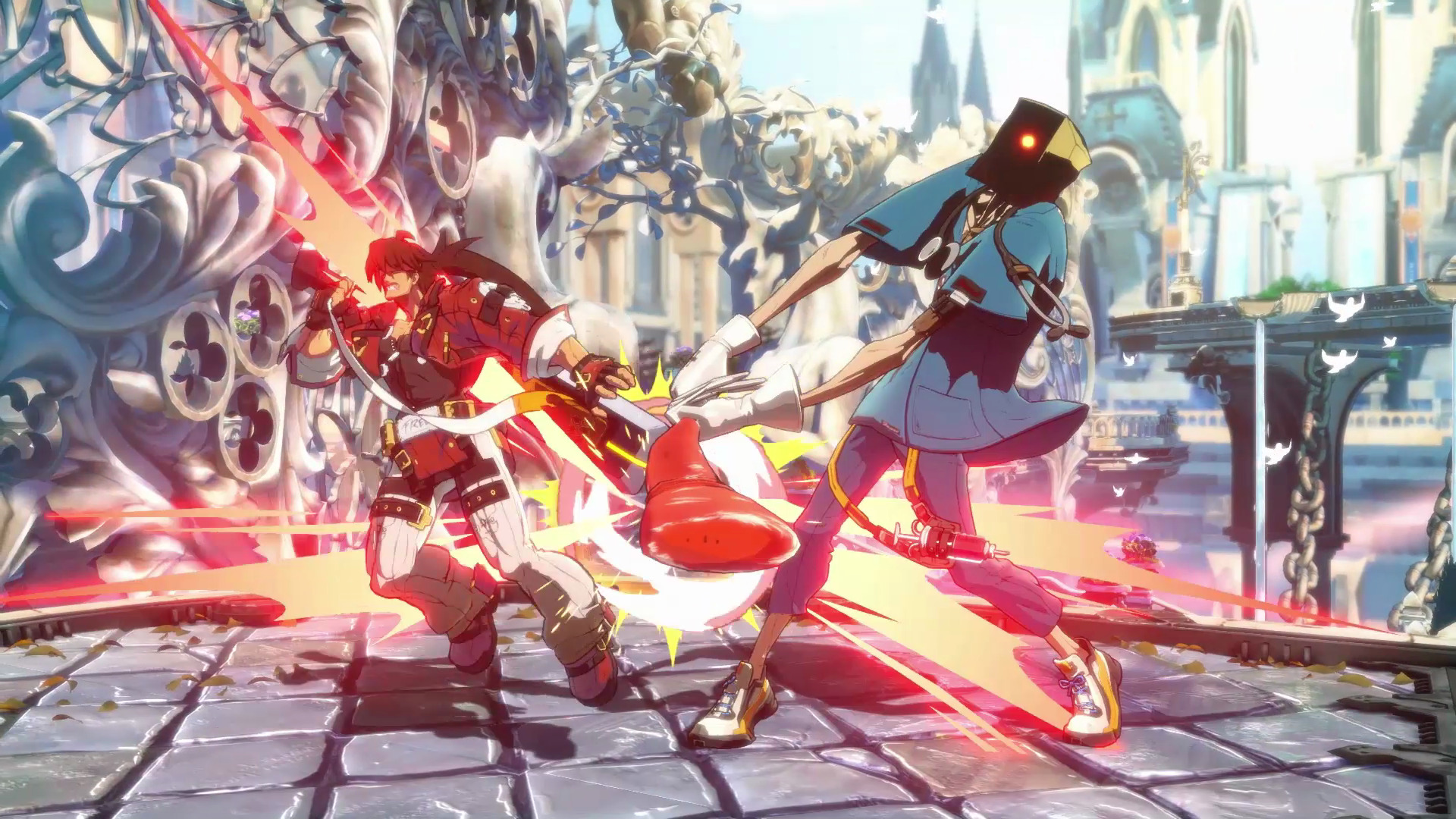 On top of the game, there’s a full story to uncover in the game. While there’s no interactive elements to it, players get a rather nice alternative: a four and-a-half hour anime series, which focuses on Sol Badguy seeking the reason behind the surrender of “That Man”. Filled with all of the key players in the Guilty Gear realm, the story is not only entertaining, but it’s visually one of the better CGI anime series out there!

The only downside to Guilty Gear -STRIKE- is the quantity of fighters you get at launch. While fifteen is nothing to sneeze at, there are a lot of other games that give you twice or three times as many combatants right at the get-go. There will be more characters released later on via season passes, but having to throw down more money down for a game that already costs $60 might irk some people. 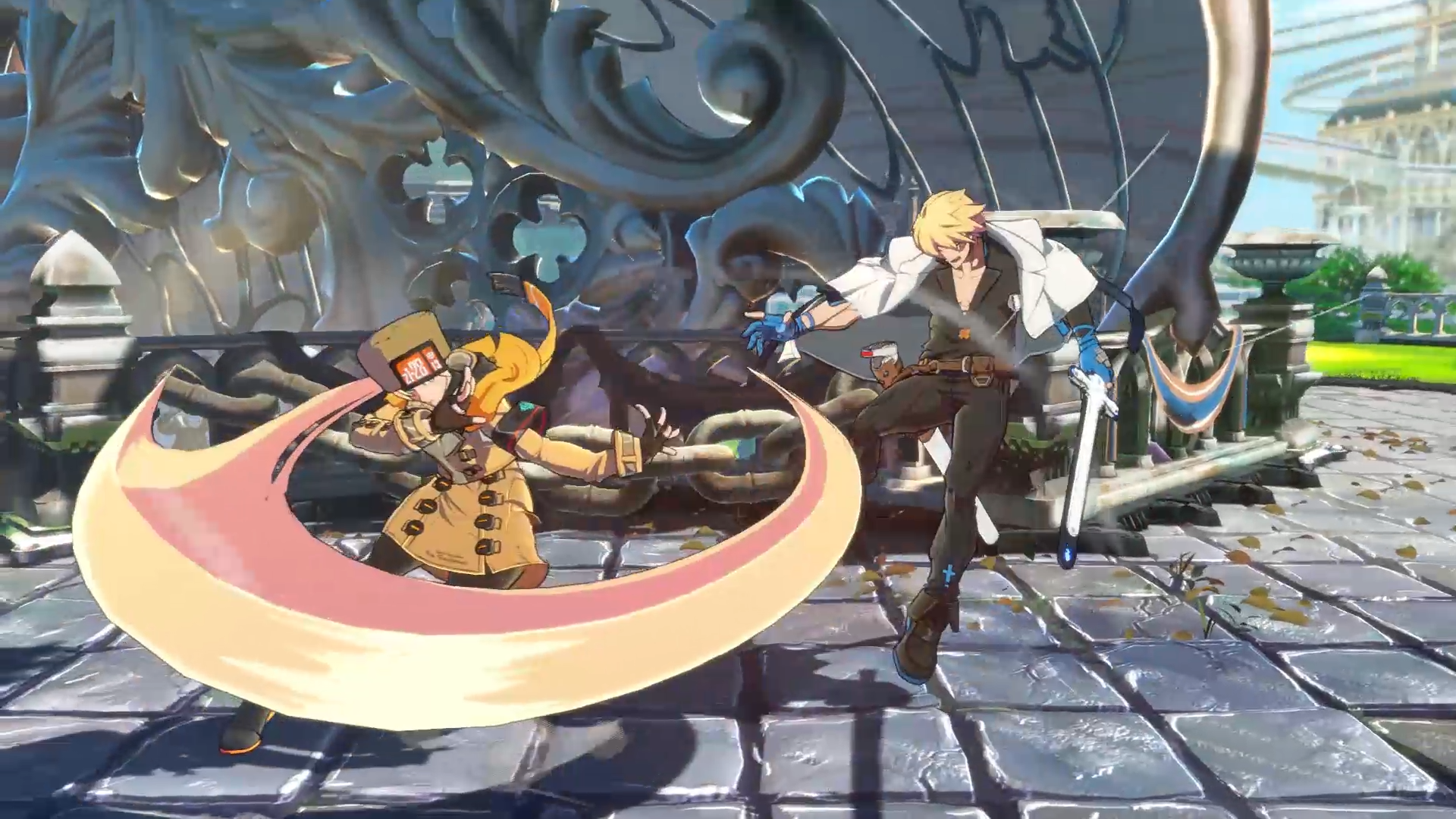 One other complaint: it takes awhile for the game to start up, at least on PC. Upon seeing the title screen and pressing Start, I sometimes waited 3-4 minutes for it to get to the main menu. It’s not a huge complaint, but it certainly kills a little bit of one’s enthusiasm when they’re itching to get a fight in!

Guilty Gear -STRIVE- is an earth-shaker, one that’ll make even the biggest dogs in the fighting game realm quiver in fear. Its look, style, and attitude make it a game aiming to be the king of its genre. If Guilty Gear -STRIVE- just adds a few more competitors to its roster, then it’ll claim that throne no problem!

Promotional consideration provided by Strangely Compelling PR. Reviewed on the PC via Steam.