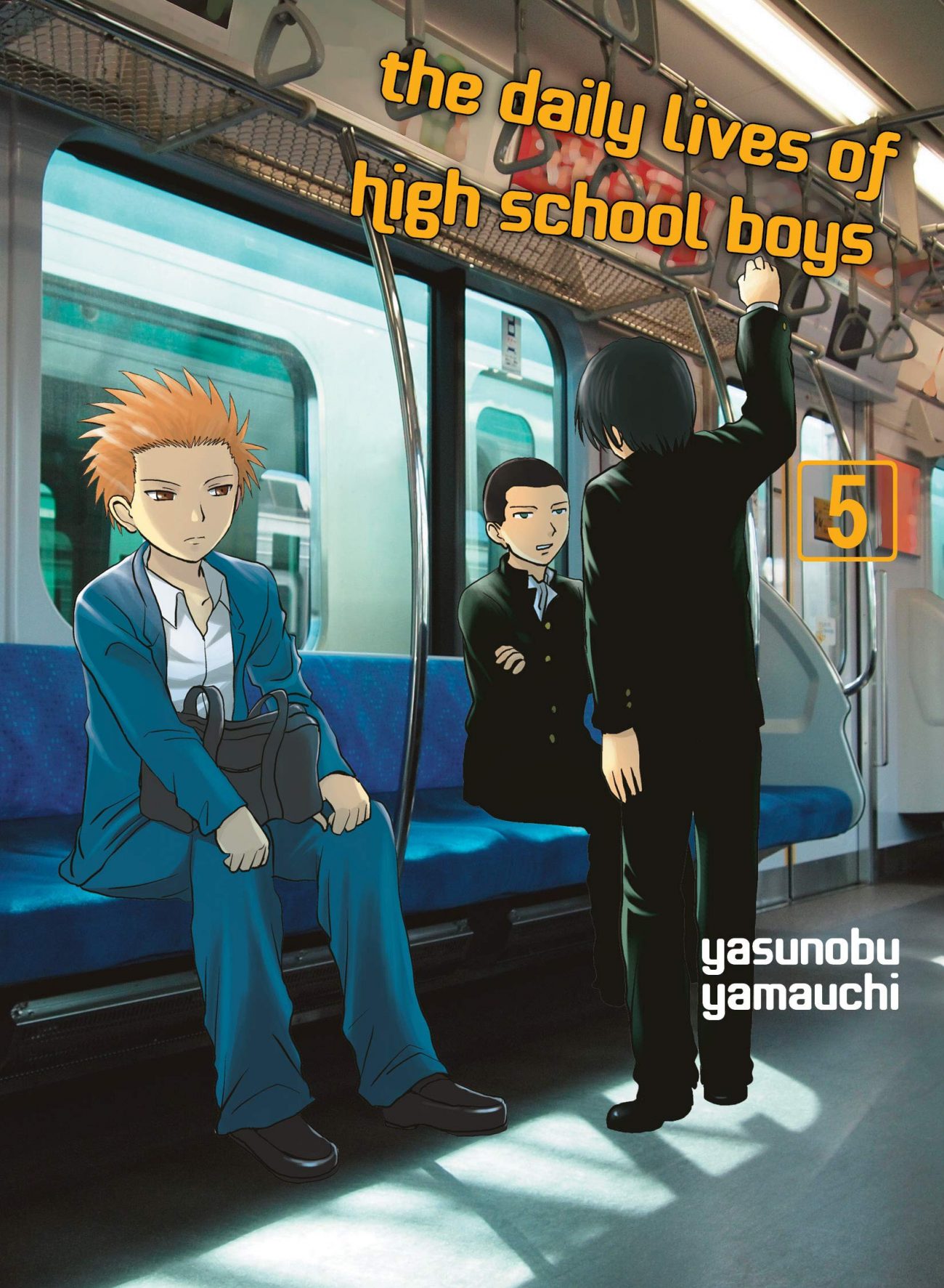 Stupid is as stupid does, as one Oscar-winning film once proclaimed. No matter how hard someone may try, one’s idiocy will always get the best of them. Whether it’s something like buying the wrong brand of cereal or calling out the wrong name during sex, there will be a moment of inescapable stupidity that will happen to anyone at least once a month. In the manga realm, stupid may come in many forms, but the daily lives of high school boys shows how far someone will go to spread that moronic seed.

Volume Five of the daily lives of high school boys has the derpy classmates attempting multiple ways to bring the dumb. Not-so-simple games of ball, Kick the Can, and even sauna stamina battles are waged with little-to-no brain power in effect. Even worse is when a father figure gets in on the action, showing that age does no wonders when one’s mind has spent a lifetime being wasted. Then there’s the issue with joining a high school club.

A newcomer roams the halls looking for a club to join. However, as one can imagine, they’re all run by grade-A jackasses. The chemistry club’s gorilla-mouthed president can’t stop blowing stuff up; the film club has a problem with writing criticisms; and the computer club’s head just loves to fight. When the newbie arrives at the arts & crafts club, it’s the previous club presidents that make him realize what he really should be doing: risk getting injured again on the soccer field! After all, it’s a better choice than being around these loonies!

Author Yasunobu Yamauchi wastes no time showcasing the stupidity of both the men and women in his manga. While the girls are more awkward than dumb, their reading-the-room talents are practically non-existent. Fortunately, their form of moronic activities still pales in comparison to what the guys are doing. This is clear right at the volume’s get-go, as two of the boys find themselves in their empty high school playing catch with one’s jacket or shoe. Why the school’s empty, well, let’s say it’s a good excuse to have these boys simply, you know, leave?

The stupidity of the daily lives of high school boys continues on its uptick. It’s laughable seeing the lengths these students go to prove that they’re the biggest idiots on the block. And yet, that’s the point: to laugh at this absurdity, in the same way we laugh at Jackass and Freddy Got Fingered. There may be no awards in the future for the daily lives of high school boys, but it’ll certainly be a go-to for a guaranteed gut-buster.