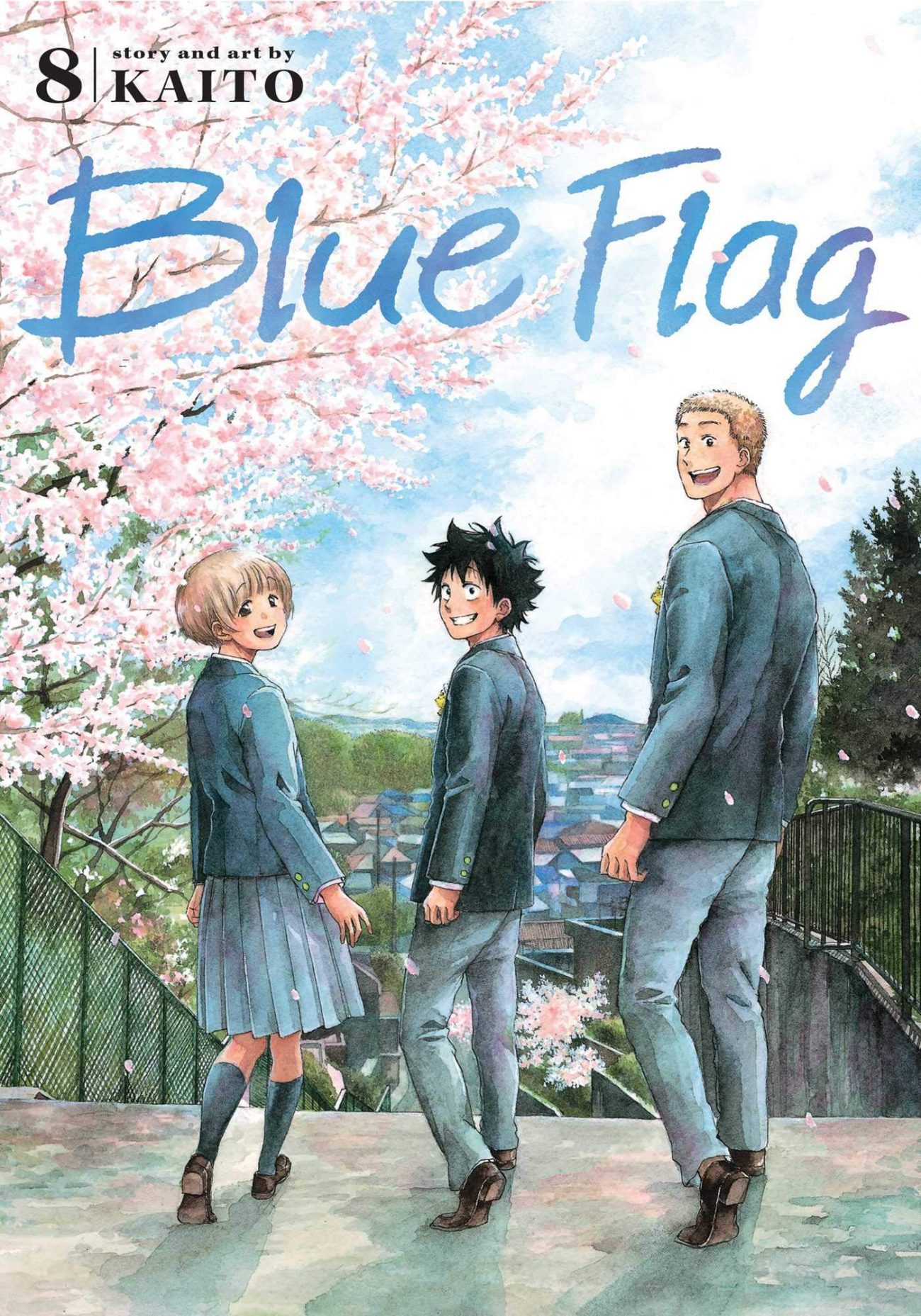 With high school coming to an end, a lot of pressure is placed on Taichi, Toma, and Futaba. The school halls are still whispering about Toma’s confession, and Taichi and Futaba are trying to figure out how to bring their friend back to the fold. But as high school goes, there’s still a lot of awkwardness to deal with. Perhaps this is why that feeling plays a huge role in the eighth and final volume of Blue Flag.

While Taichi is out sick, Futaba runs into Toma in-between classes. There they have a long discussion about the confession, their personal feelings, and even find a way to reconnect with a little compliment competition. But while things seem back to normal between those two, it’s when Taichi returns when things start feeling weird. The gap between he and Toma grows, as friends return to Toma’s side while Taichi deals with getting strange looks from his classmates. 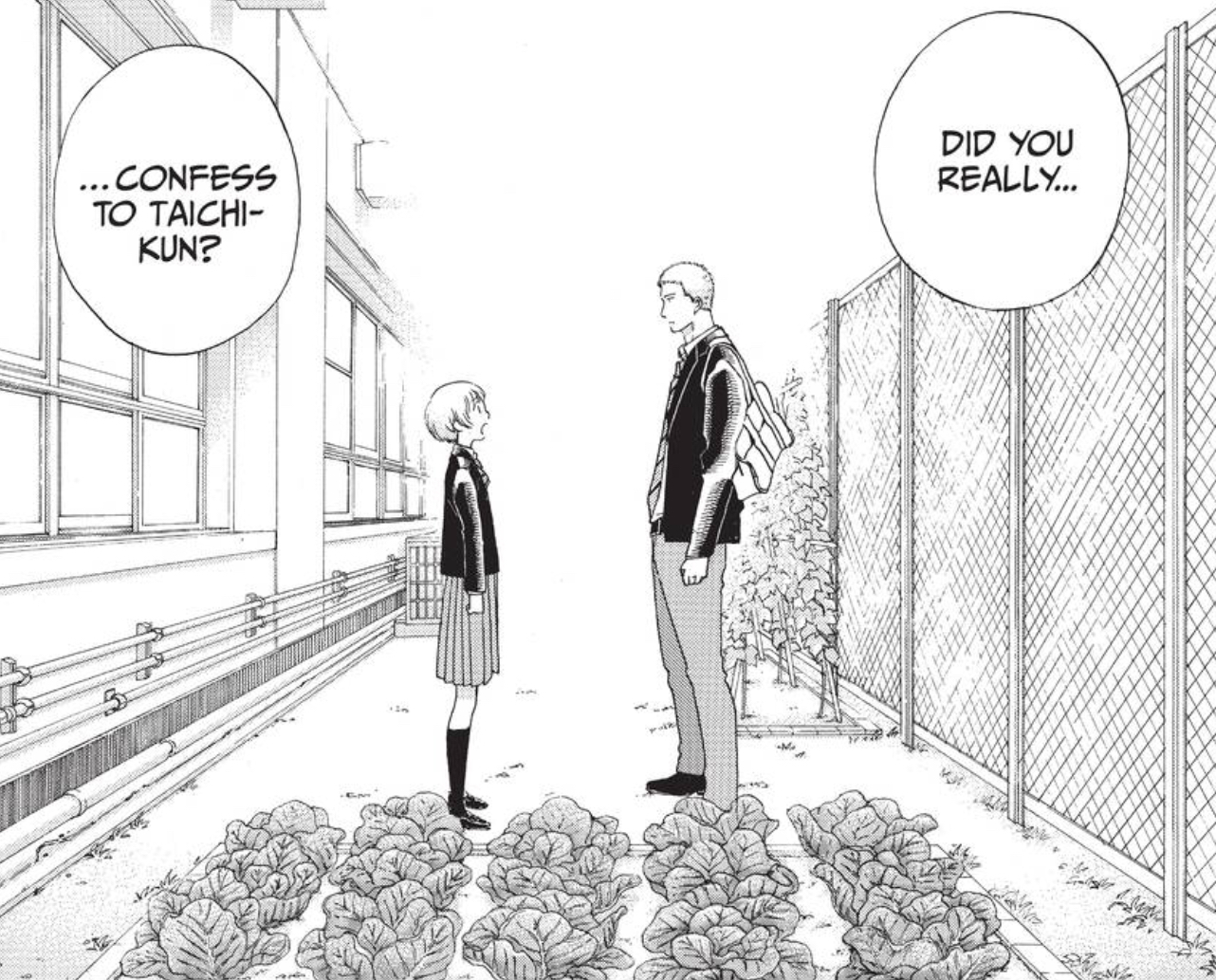 That’s when all of the frustration builds up within Taichi, as he can’t handle having a simple sit-down with his best friend. With the stress of final exams also hanging over his head, Taichi explodes into a rage of anger and frustration in his room. But with a quick gaze in his eyes, he finds the charm Toma made for him. As soon as he finds what’s inside, Taichi realizes just how important of a person Toma has been to him.

These feelings of awkwardness, frustration, and anger are ever-so common with high schoolers, especially when the year runs down to its end. The pressure of finding a college, deciding what you want to major on, and sometimes even finding a job right at the get-go are stressful enough. Hence why Blue Flag pushes every turmoil a high schooler could feel during these final moments. Broken and rekindled friendships, love lost and found, and even making plans for the future all happen at once in one’s high school senior year. But author KAITO goes one step further with this narrative. 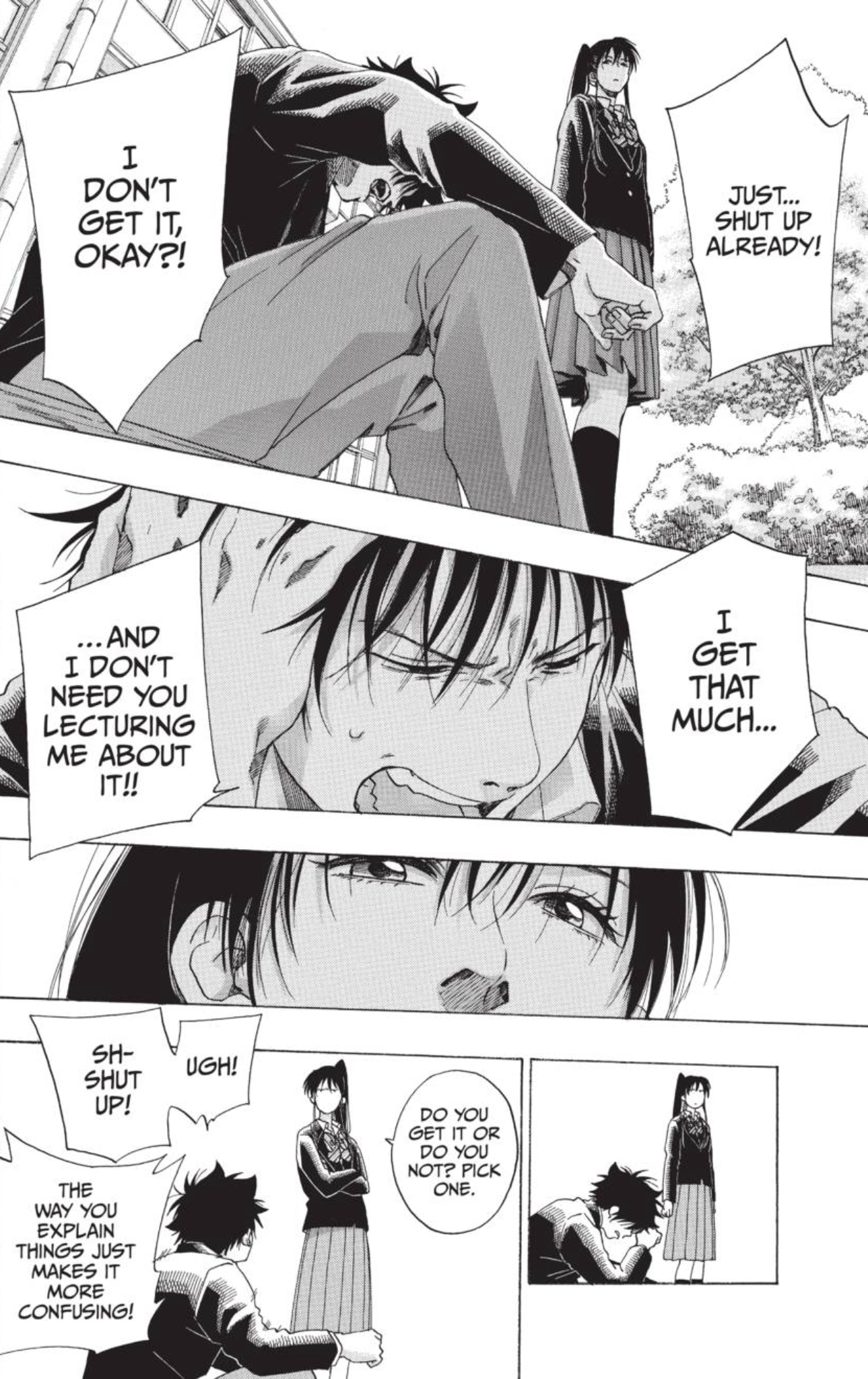 In real-life, high school graduation isn’t the end of one’s story; it’s merely the end of the first act. Blue Flag showcases this with a post-high school epilogue that would make avid readers surprised to see what happens with everyone. While I’d rather let fans find out for themselves as to what happens to Taichi, Futaba, and Toma, let’s just say that it doesn’t go in the way anyone would expect it. Honestly, it’s kind of gutsy for KAITO to go this route.

And yet, perhaps that’s what KAITO’s main objective was. We don’t all know who we truly are when we’re in high school. Finding one’s self takes years to figure out, sometimes an entire lifetime! It’s this aspect that made me appreciate the route Blue Flag went with its characters, even if some people may not be as pleased as others. Because of that, it left me feeling both dazzled and satisfied with what occurs. 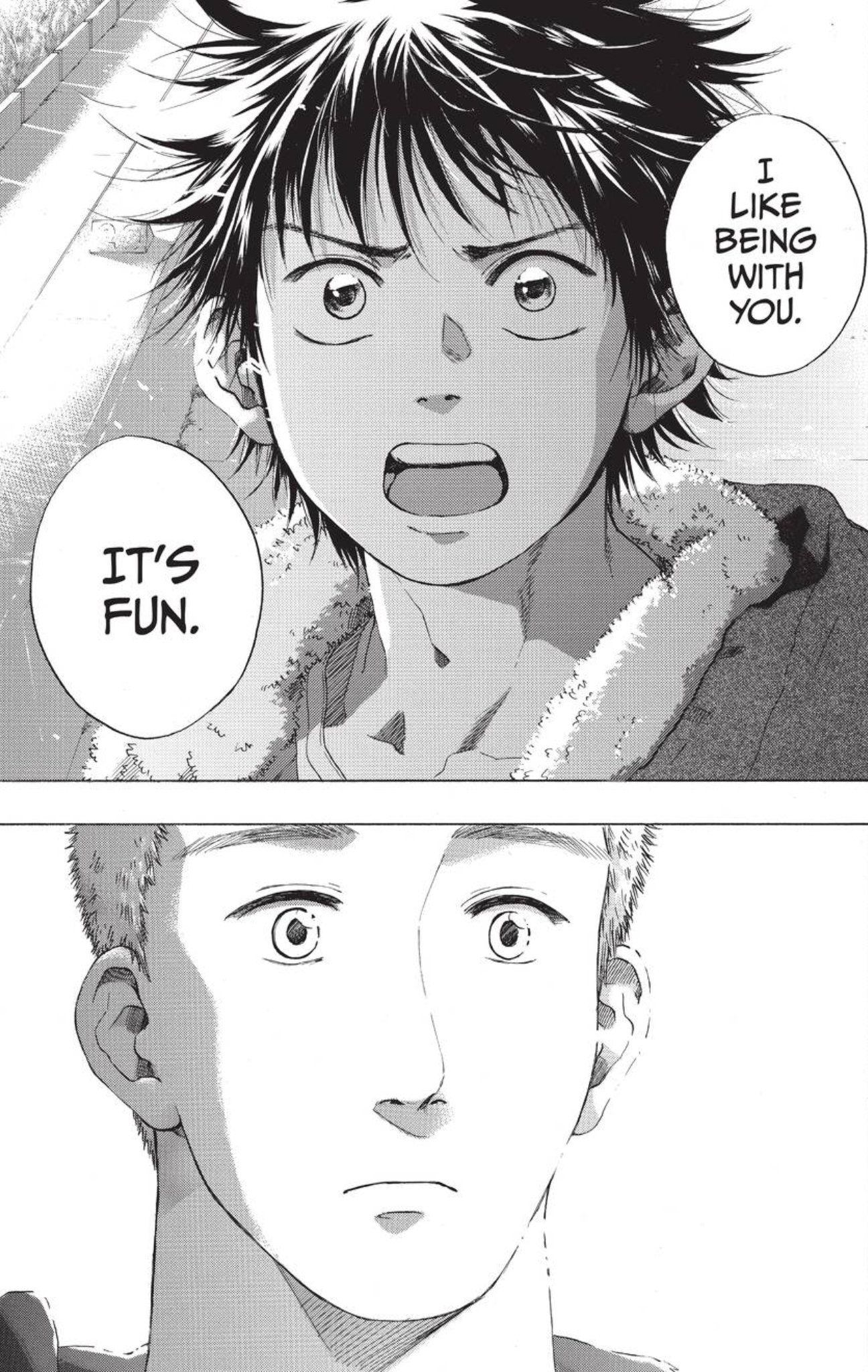 Blue Flag’s finale isn’t a perfect ending, but it concludes its story in a way that’ll take many by surprise. As such, KAITO’s story is one that I highly recommend for anyone in the LGBTQ community or in the ally department to experience for themselves. Yes, it may sugarcoat some things (in a similar way as Chii’s brilliant The Bride Was a Boy), but for the kind of story it wishes to tell, it did a lot more right than it did wrong. In the end, Blue Flag delivers a strong and hopeful narrative about love, friendship, and making one’s own future. With that, I think everyone will be deserving of the 10,000 points needed to grant happiness to all!