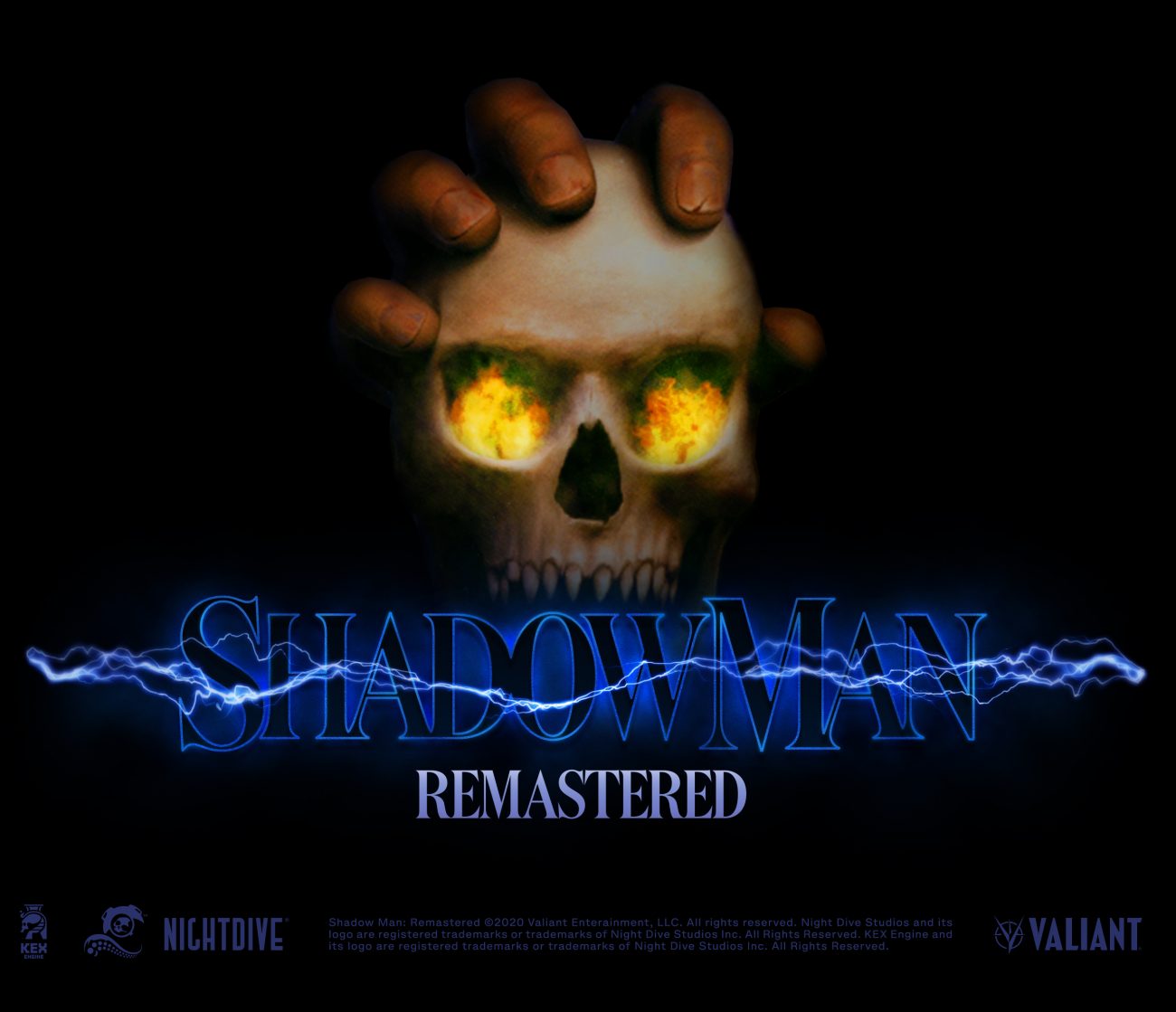 I remember adoring Acclaim’s Shadow Man on the Nintendo 64! It was to gaming how I looked at the MTV animated series The Maxx, as both demonstrated just how dark something can get in their respective medium. So when word got out that Nightdive Studios was planning a remaster for it, I was incredibly excited. But upon playing Shadow Man Remastered, I quickly realized just how finicky some parts of nostalgia can be.

Based on the Valiant Comics character, Shadow Man has you take control of Michael LeRoi, who has the Mask of Shadows bonded on him by the voodoo priestess Mama Nettie. Soon he dives into the Deadside, where he must collect Dark Souls in order to avoid an invasion from the dead into the realm of the living. With the aid of his dead brother’s teddy bear, Shadow Man sets out to keep the being known as Legion from succeeding with his plans. 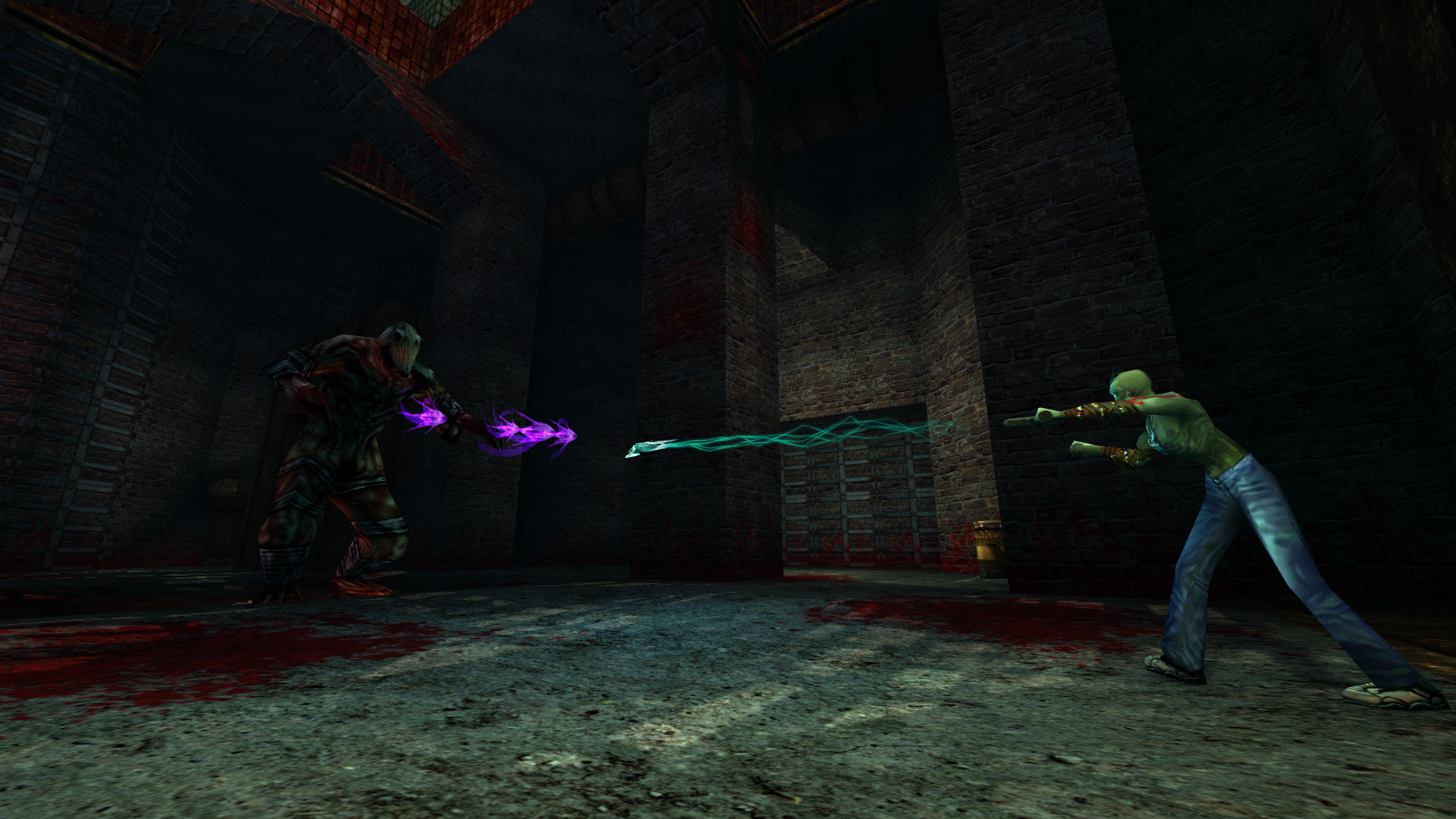 As this is a remastered game from 1999, one can be forgiven for being spoiled over the last 22 years of having much fuller third-person shooter experiences. In the case of Shadow Man, while I commend Nightdive Studios for giving it a good spit shine, this is a prime example of why it’s sometimes better to go the remake route than the remastered path. This realization came to me right at the get-go, as I was greeted by blocky visuals without that classic TV filler to hide some of the rough spots.

And boy, are some of the visuals rough! Human characters are almost always hunched over, walking more like cavemen than today’s modern person. Its models also look like a bunch of Tetris pieces molded together to almost form a complete human being. Perhaps it’s the curse of upgrading old graphics to 4K, as it’ll mean seeing all of the imperfections of old-school game design. 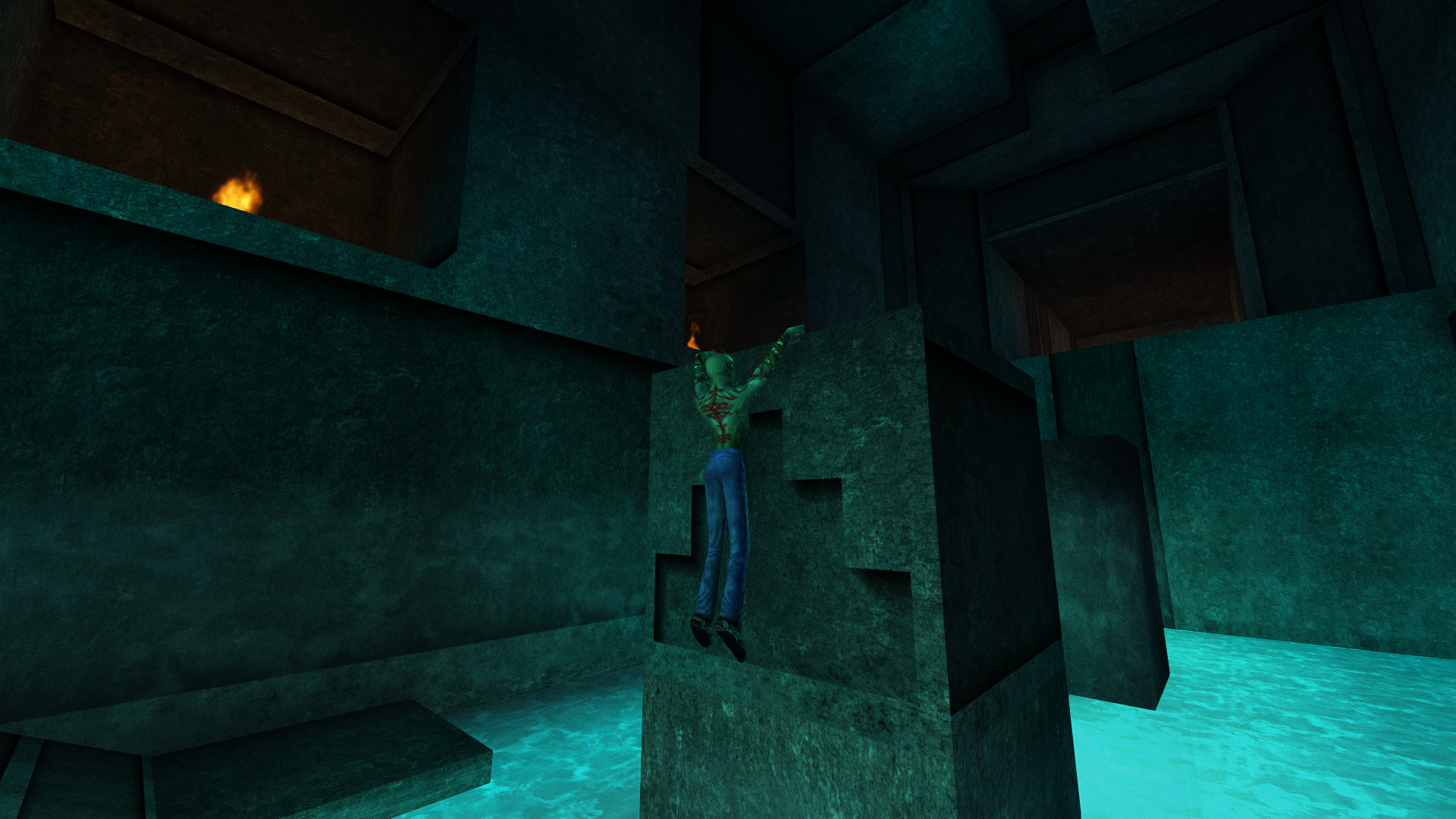 Fortunately, the graphics part is the only weak point of this remastered Shadow Man. Diving into the world of Deadside has its spotty parts, but being able to wipe out evil spirits and the like never loses its fun. While some may not be too keen on the concept of auto-aim, I relished having one less thing to worry about, especially when dealing with a few baddies on-screen at once. It takes one of the tougher things to handle, and instead lets players run around and seek out items and other necessities to keep on proceeding through Deadside.

Speaking of controls, I’m happy that I no longer need to deal with the Nintendo 64 controller! Using an Xbox One controller, maneuvering through the levels is a lot easier to deal with. Jumping on platforms, adjusting the camera angle, and attempting to latch onto ledges to pull Shadow Man up are no longer frustrating to deal with! Switching through weapons is also a cinch, although one can accidentally hit the weapon wheel button often during a furious fight. 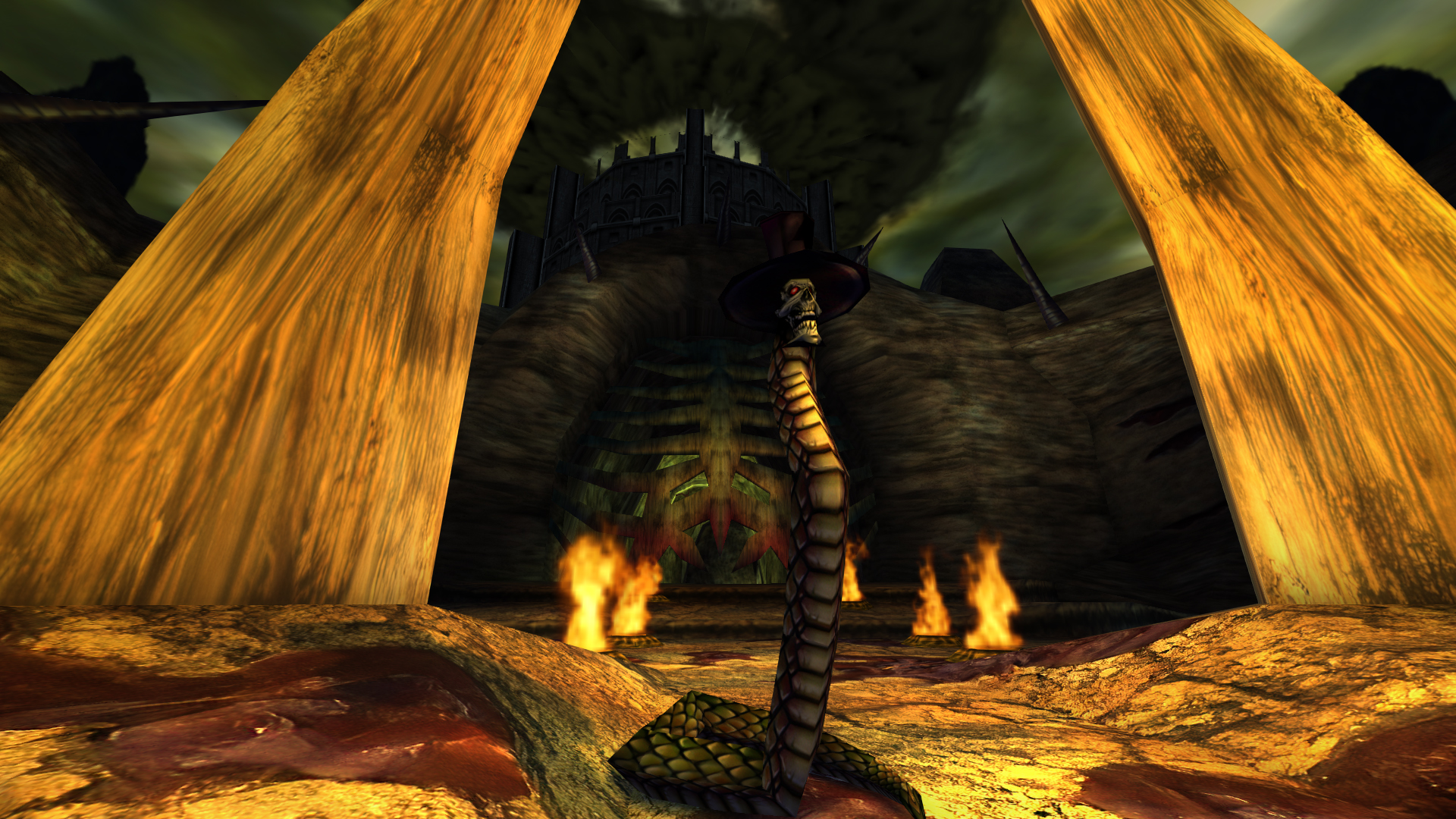 From a story perspective, Shadow Man can be somewhat run-of-the-mill. The tale of soul gathering, revenge, and regret has been done many times over, but it’s paced pretty well for the most part. When the game lets its guard down for some silliness, that’s where the story and dialogue shine. Whenever Jaunty shows up, you won’t be able to wipe away the dorky grin that forms on your face! (Be sure to give him a few bullets for some additional laughs!)

One nice aspect of this version of Shadow Man is that Nightdive Studios — on top of remastering it — added back in a lot of things that couldn’t be fit in the original N64 game! So those who played it way back in the day like I did will have plenty more reasons to return to both Deadside and Liveside. Completing the game will roughly take you 20 hours to complete, although your run-through will depend on your scavenger skills.

Shadow Man Remastered may not be a looker, but it’s still just as fun as it was back then. Whether you’re new to the franchise or a returning guest, the world of Deadside awaits those itching for some classic third-person shooting. With a little luck, perhaps we might get a remastering of the Shadow Man sequel down the line...

Promotional consideration provided by Brendan Quinn of UberStrategist. Reviewed on the PC via Steam.