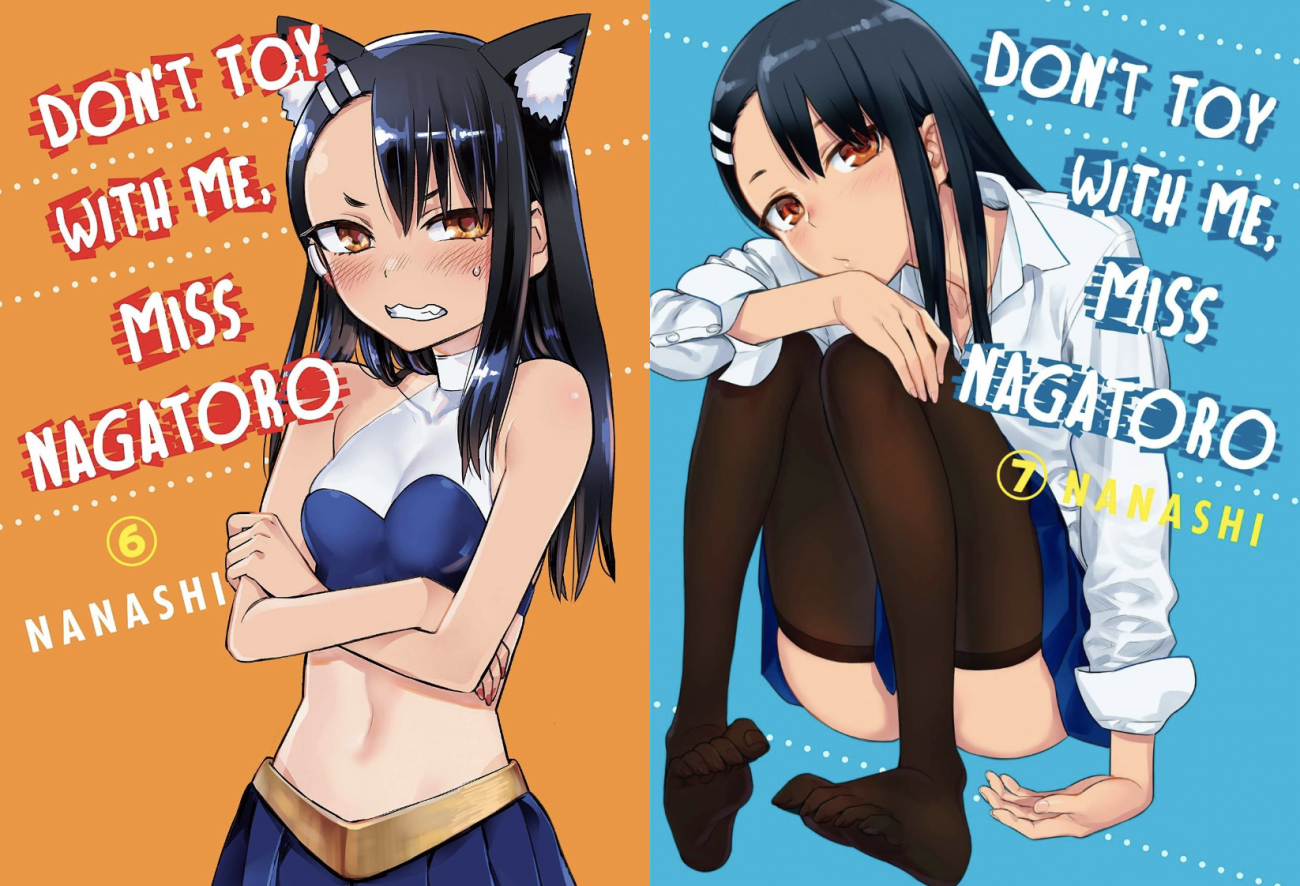 Despite what some may say, Nanashi’s Don’t Toy With Me, Miss Nagatoro demonstrates a lot of wholesome character growth. Sure, there can be a lot of mean-spirited teasing and lewd antics, but Nagatoro and Senpai both showcase a wanting to change and evolve. In Volume Six, that change for the better is in a competition with the art club president; Volume Seven, on the other hand, pushes that change on a little zoo outing.

The majority of Volume Six focuses on the upcoming school festival. Backed against a wall, Senpai must find a way to defeat his club’s president, or risk losing his place to draw. After Nagatoro and her catty friends see what they’re truly up against, they decide to help Senpai by any means necessary. This includes having to go for the gold when modeling and promoting, and you know what that means: it’s time to whip out the cat ears! 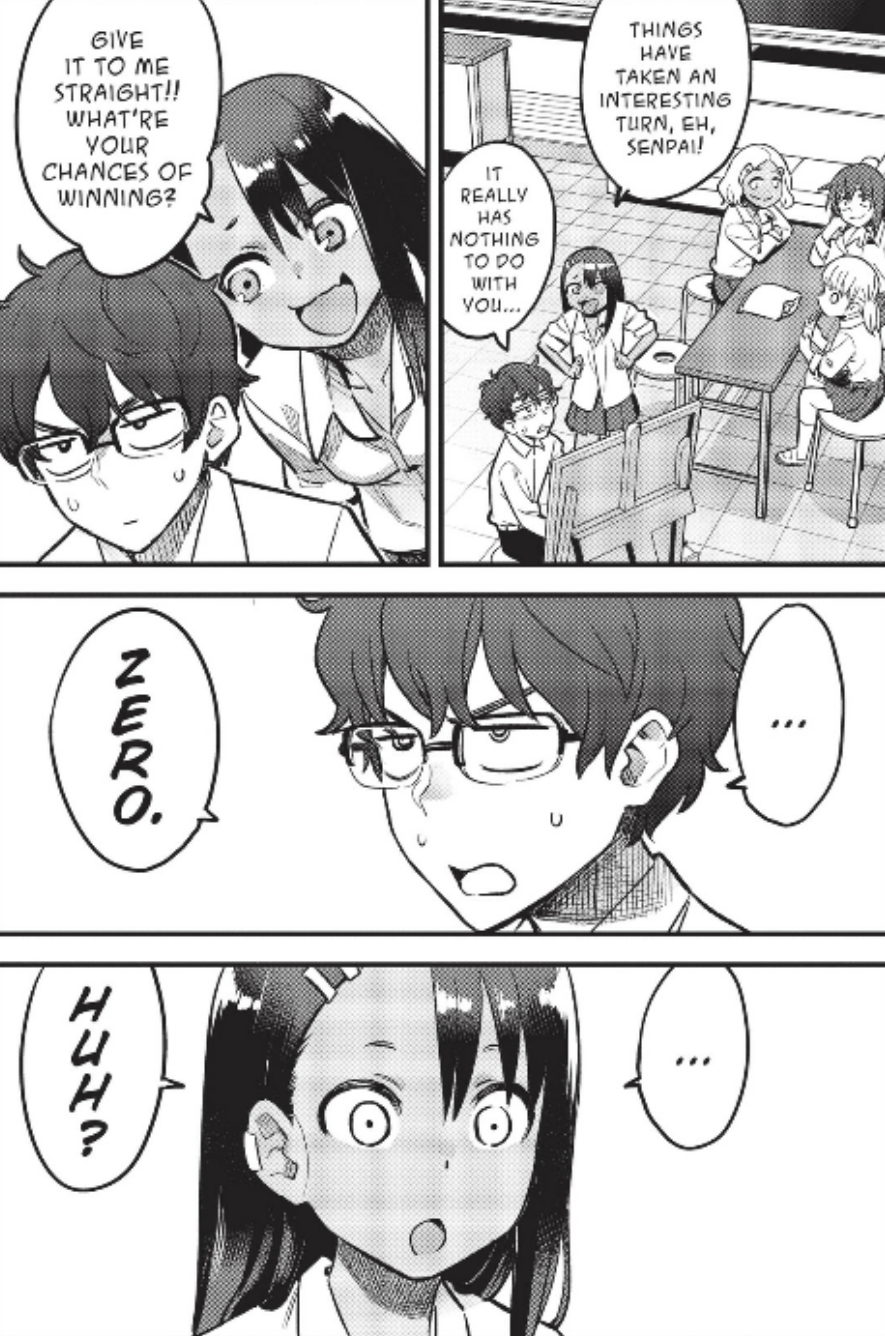 As the school festival arc goes on, readers are treated to a foray of new mutual respect between Nagatoro and Senpai. While she rags on him, one cannot deny the love and care that she places on Senpai, especially when it comes to her modeling for him. Within Senpai’s side is a level of admiration for Nagatoro, as he puts everything into his day-in-the-life paintings of the master teaser. It also helps that Nagatoro and her friends act as cheerleaders for Senpai’s exhibition, with his popularity pushed thanks to their dancing and her bullying tactics.

Of course, readers fully know what’s in the hearts of Nagatoro and Senpai. Author Nanashi pushes these two together in the same way Soichiro Yamamoto does with the two kids in Karakai Jozu no Takagi-san, knowing full well that it’s not the question of “if” they’re going to be a couple, but “when”. Nagatoro’s acts of kindness during the school festival and Senpai’s noble words to his kouhai simply spreads the seeds of a love that will beautifully blossom one day. Fortunately, Class President offers a little hand in getting these two to come together in Volume Seven of Don’t Toy With Me, Miss Nagatoro. 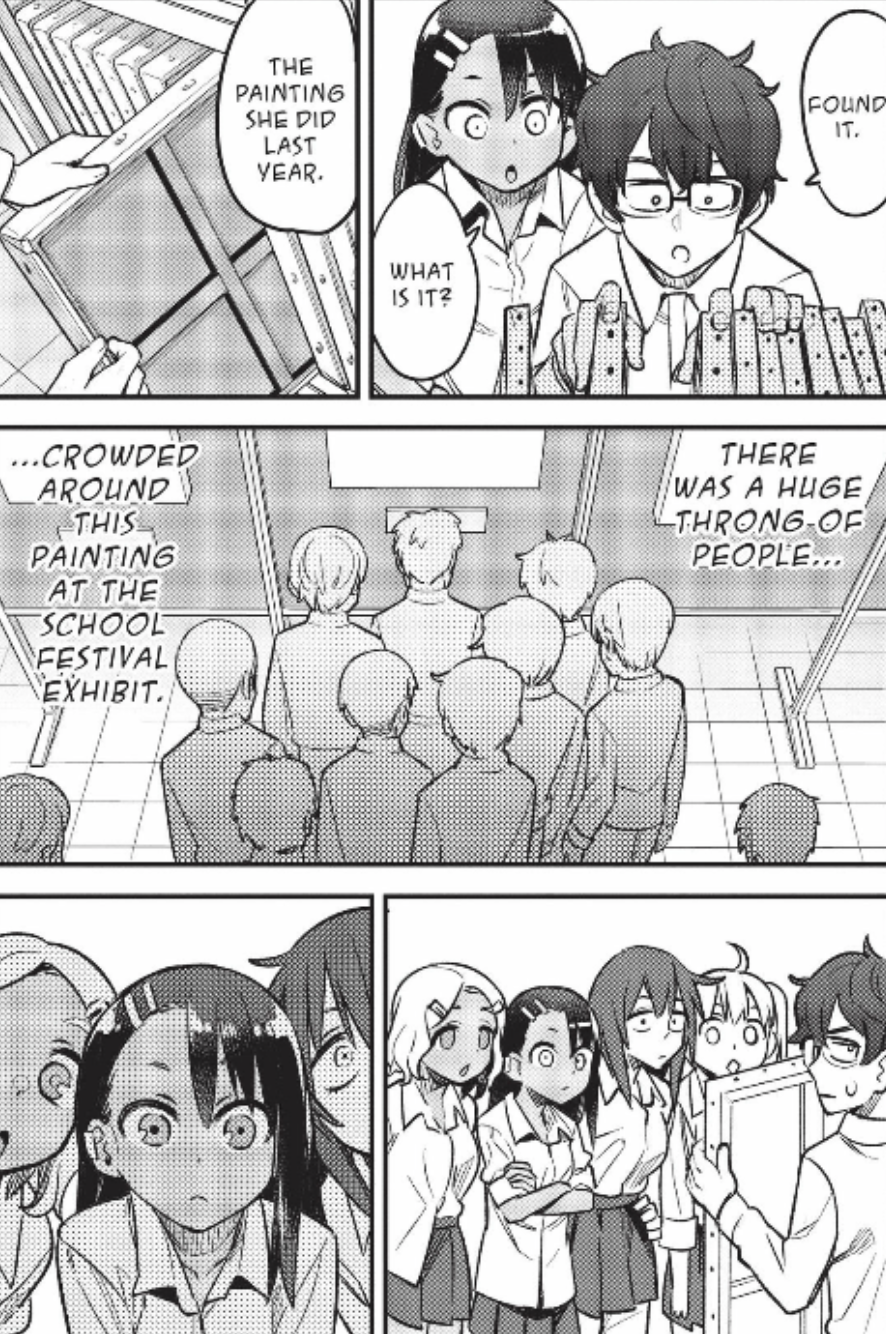 After the school festival, Class President offers Senpai two tickets to the zoo, telling him to invite Nagatoro along. Senpai takes this opportunity to show Nagatoro the ropes in drawing, as the two roam the grounds looking at the creatures. Not only do you see Senpai finally take the reins in one of their get-togethers, but you also see him stand up for Nagatoro when a couple passerbys ridicules the art that the kouhai created. Not only is Nagatoro happy to see Senpai stand up for her, but it crafts a new level of respect for the artist.

We also see Nagatoro find herself on the other side of the teasing table, quite literally this time. During a post-festival dinner, Senpai is treated to a night of all-you-can-eat sushi. Gamo, Yosshii, and Sakura get the artist to try their sushi concoctions; when it’s Nagatoro’s turn, her own friends betray her in a pretty delightful way. While Senpai winds up still loving what she concocted, those faces of shock and disgust will no doubt haunt her for years to come! 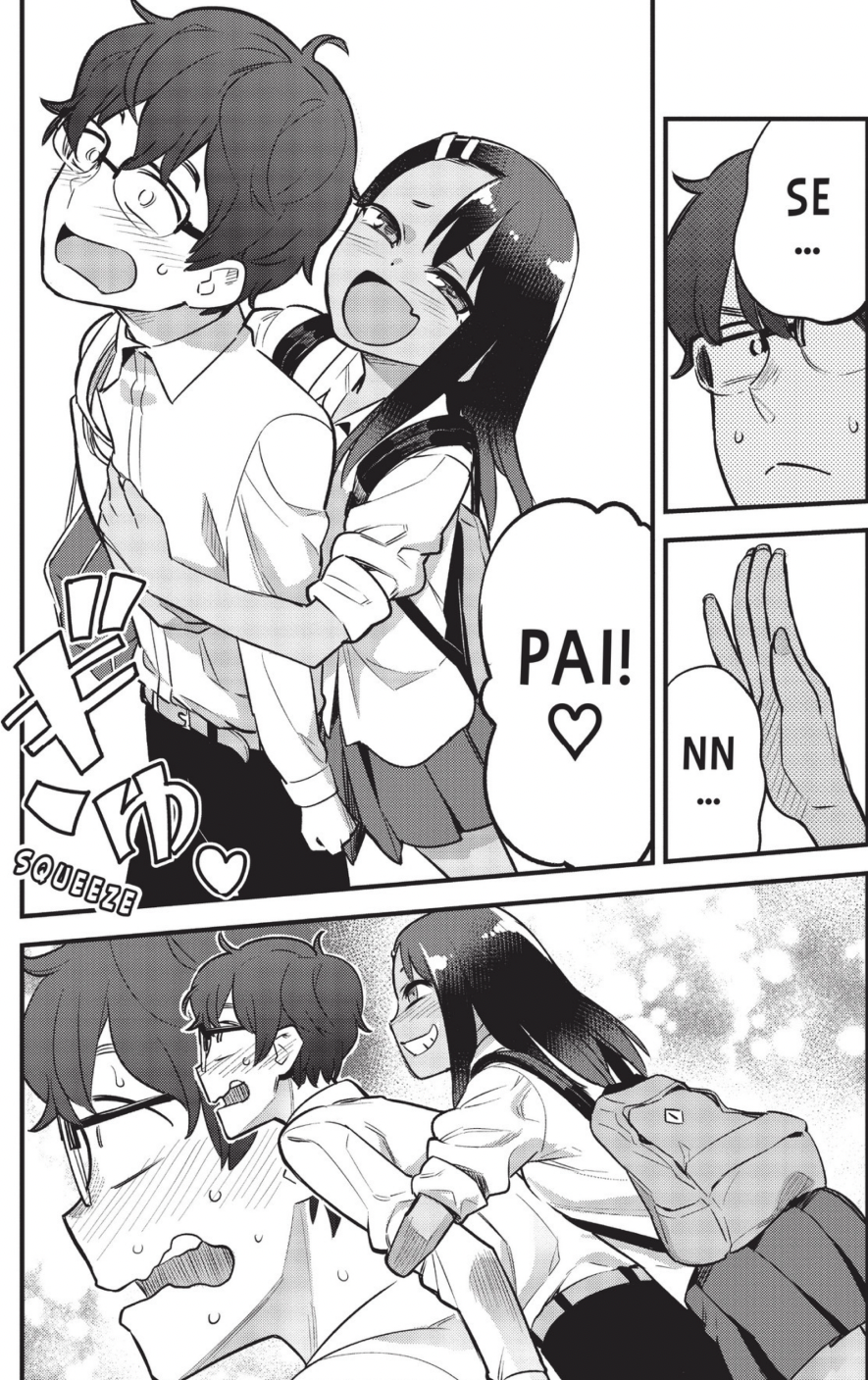 But it wouldn’t be Don’t Toy With Me, Miss Nagatoro if the titular character didn’t throw her own share of punches. Playing bartender with Senpai has some humorous moments, especially when it involves a special kind of chocolate. The art of the wacky hello is demonstrated on a walk to school, as Nagatoro shows Senpai the many hard-hitting ways they could greet one another. And then there are the tights, which I won’t spoil the premise in any way here!

Within Volumes Six and Seven of Don’t Toy With Me, Miss Nagatoro are many moments of growth and victory for Senpai and his teasing kouhai. That spine of Senpai’s that’s been slowly taking shape since a couple volumes back has shown many signs of strength, and Nagatoro clearly has noticed. Although she’ll probably poke fun of him any chance she can get, there’s no denying the level of respect Nagatoro has for Senpai. After what has happened in these two volumes, it’s clear that these two are paving a hearty and laugh-filled road towards something warm and endearing.