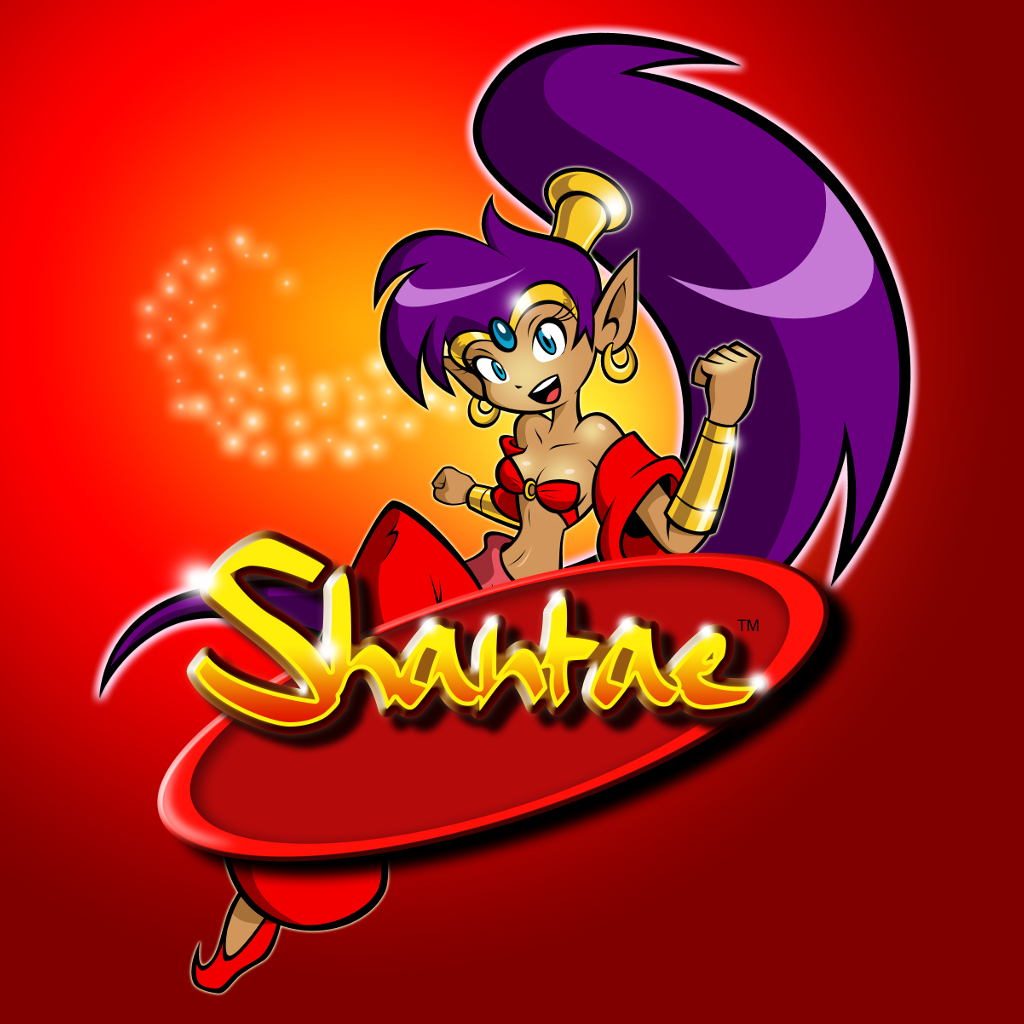 One year into the lifespan of the Game Boy Advance, its predecessor — the Game Boy Color — had one final breath of life to exhale. What came out was a Metroidvania platformer that was filled with great challenges, a memorable story, and very cute characters. Its name: Shantae, developed by WayForward and released by Capcom. Years later, while its successors brought the half-genie hero to indie game stardom, the original became a hard-to-find collector’s item, sometimes selling for hundreds on auction sites.

Nearly two decades later, and after years of fans clamoring for it, the original Shantae has returned thanks to Limited Run Games. For newcomers, it’s a chance to finally see the humble beginnings of a beloved character; longtime fans, on the other hand, now have the opportunity to own every game in the series (especially those with a Nintendo Switch). But how well as the game aged? The answer, thankfully, is “incredibly well”. 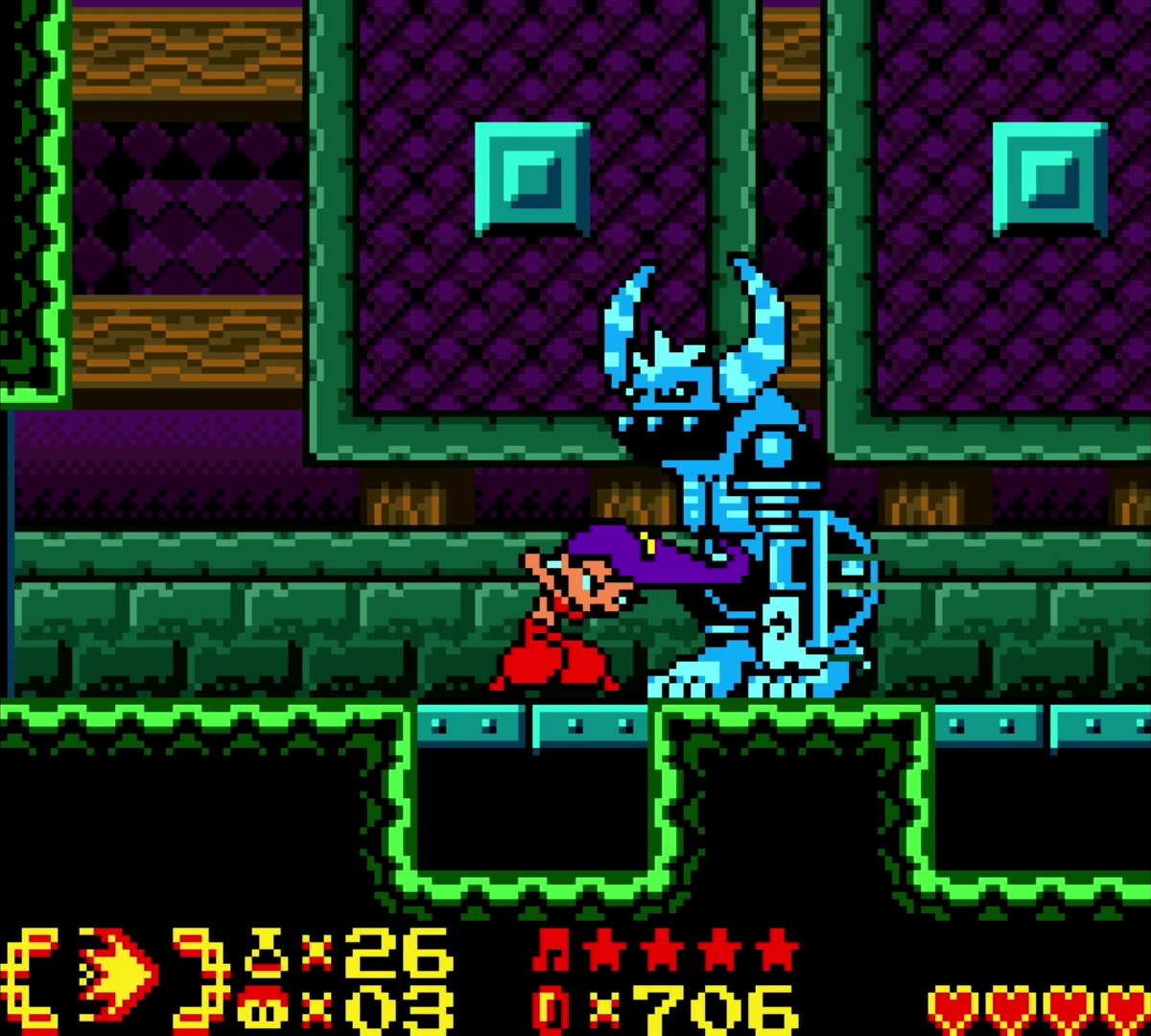 Like almost every other game in the series, Shantae puts the titular character to task to save Sequin Island from the pirate Risky Boots. After Mimic’s Steam Engine is stolen by Risky, Shantae must set out to four areas to seek the elemental stones. As she progresses through, the half-genie hero will learn new power-ups that’ll aid in her quest to beat Risky Boots, as well as take care of certain hazards and puzzles. With a little help from Sky, Bolo, Rottytops, Shantae sets out to save the island from what could be total disaster.

Limited Run Games’ release gives players the option to experience Shantae two different ways: in its Game Boy Color form and in its more “detailed” Game Boy Advance version. While it takes a little squinting to notice anything remotely different between the two, one will see that the GBA edition is a lot brighter than the GBC one. With that being said, either way to experience it will showcase the players the unique worlds and settings that WayForward’s title will take them to. 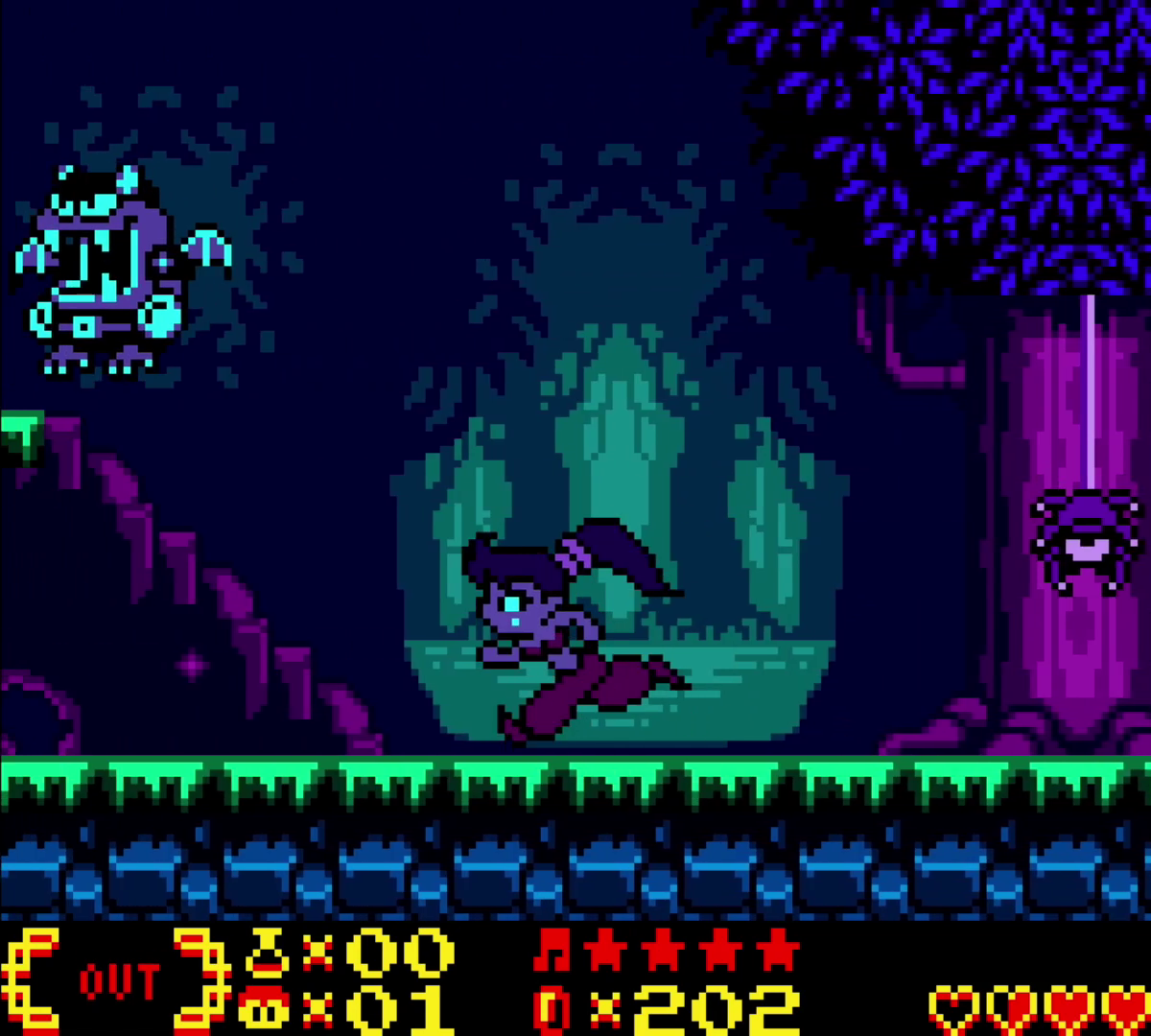 One other thing Limited Run Games has offered to players is an NES Online-like style of saving the game. Instead of having to seek the Save Sage, one only needs to put the L2 & R2 buttons to enter a menu that’ll allow them to save their game at any point. And it’s a good thing such a mechanic has been added, as the original Shantae might be the hardest one in its series! While there are many a challenge in the other four titles, the first game has a huge difficulty curve that will really surprise anyone that has never gone hands-on with the premiere title!

Finding health hearts can be tough, which means one will have to be careful when dealing with certain enemies. And as some will come without warning (like certain spear-throwing moles and zombies), gamers must be on their toes when traversing through their surroundings. There are quite a few cheap shots tossed here and there, especially in the Golem Mine when dealing with certain electric enemies. However, said difficulty doesn’t deter from experience what the original Shantae has to offer. 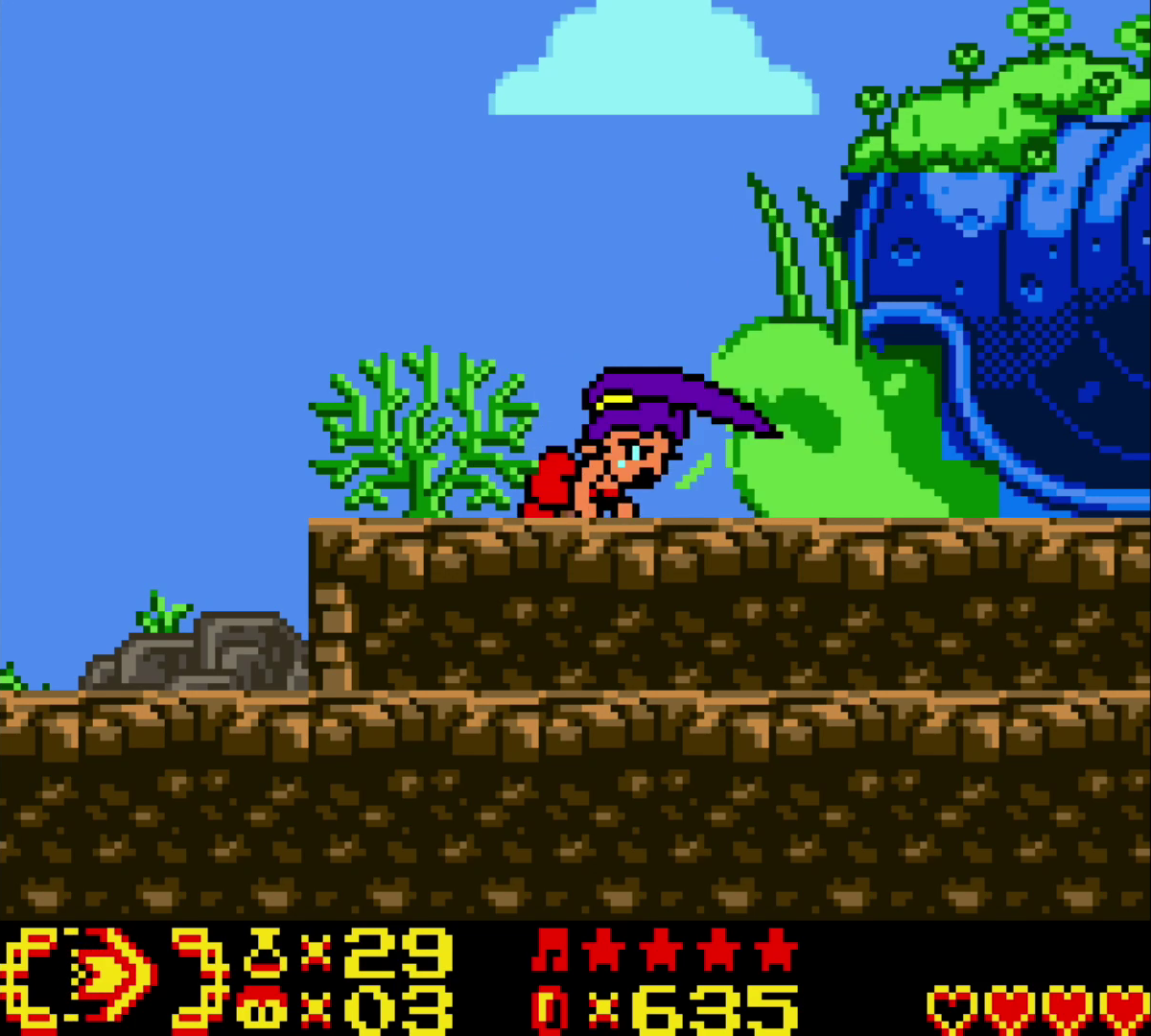 The real fun comes from seeking out Shantae’s dances, which allow her to transform into a monkey, spider, elephant, and harpy. These new powers will allow you to reach the unreachable, as well as discover hidden goodies such as heart holders, warp squids, and fireflies. They also come in handy when dealing with certain bosses, as they can be quite hard to deal with if you don’t have them ret-2-go! However, unlike some of the other games in the series, you will be vulnerable while in dance mode, so it’s best to be careful when you plan to transform.

Control-wise, Shantae is pretty easy to handle. As the game is still setup like the Game Boy Color version, maneuvering, jumping, and attacking are subjected to the usage of the AB buttons and either the D pad or left control stick. While there’s an easy-to-follow guide to see how to pull off most of the moves, it took some detective work on my end to figure out how I could use items and secondary weapons. Because of this, you’ll probably find yourself struggling to get through areas unless you know the proper command to use elixirs and power-ups. 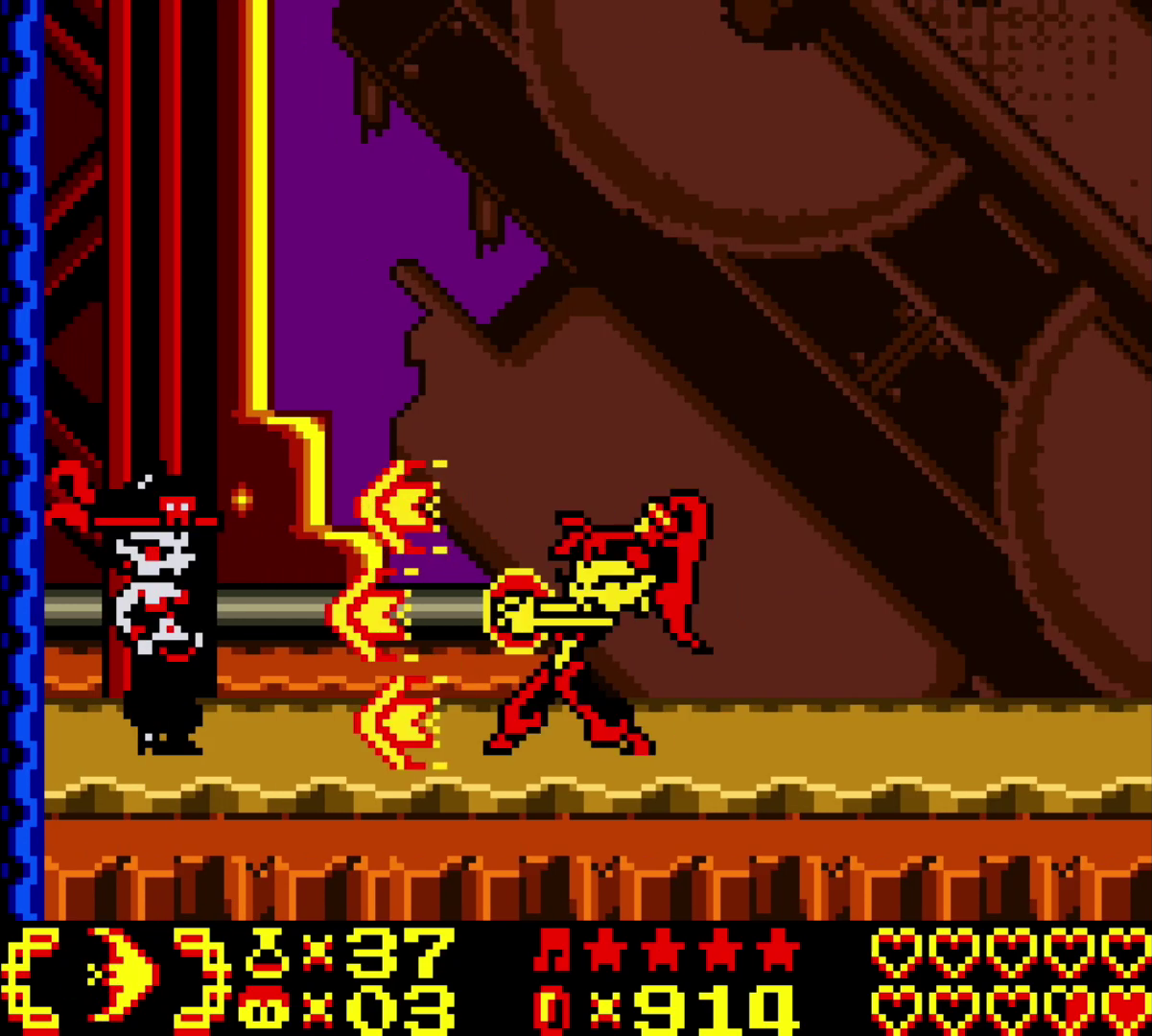 Although the original adventure is fun to experience, the lack of a game map makes it tricky to find your way around the labyrinths. There’s a nicely-detailed one in the game’s bonus area (which features some cool concept art and other goodies), but it’s certainly a pain to have to exit out of the game and renter it after looking through the maps. It’s the one thing in Shantae that makes it difficult to get through each level, an issue that was thankfully corrected in future games in the series.

The original Shantae has made its return, and fans and newcomers should feel excited. Nearly twenty years after its initial release, Matt & Erin Bozon’s creation still stands the test of time. Not only does it serve as an excellent introduction to an indie hero darling, but one can see what else could be (and wound up being) in store for the Shantae franchise as a whole. At the very least, players should breathe a sigh of relief that they no longer have to fork over hundreds of dollars to experience the Game Boy Color’s last hurrah!