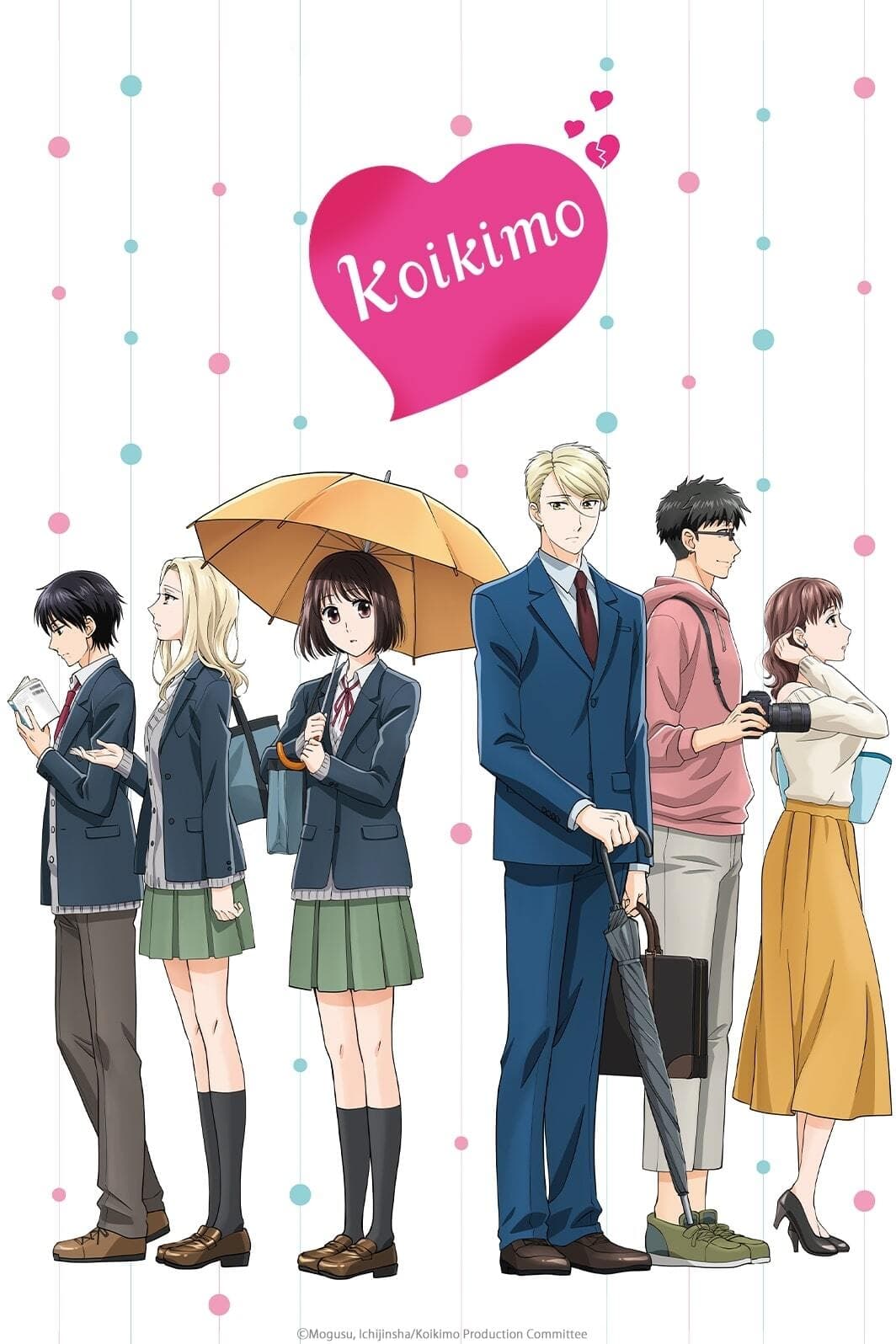 Age gaps happen in romance. Sometimes one can’t help but fall in love with someone who connects well with them, regardless of the fact that they’re younger or older than them. However, there are rules to age gap dating, with specifically the first and most important being that both parties must be of a legal age before dating. It’s why watching an anime like Koikimo is like witnessing a tightrope act conducted over a pool of acid, where the performers teeter on the verge of something dangerous.

Koikimo is short for Koi to Yobu ni wa Kimochi Warui, which translates as “It’s disgusting to call this love.” And it’s easy to see why it’s been given that title, as it follows a 27 year old businessman who falls in love with a 17 year old high schooler. With that elevator pitch premise alone, one will be forgiven if alarms start ringing in their head. In fact, I wouldn’t blame you if you kept a bottle of pepper spray close by, as the concept even made me wince. But shockingly, there are some pretty decent reasons why one shouldn’t have to hit the panic button over this series. 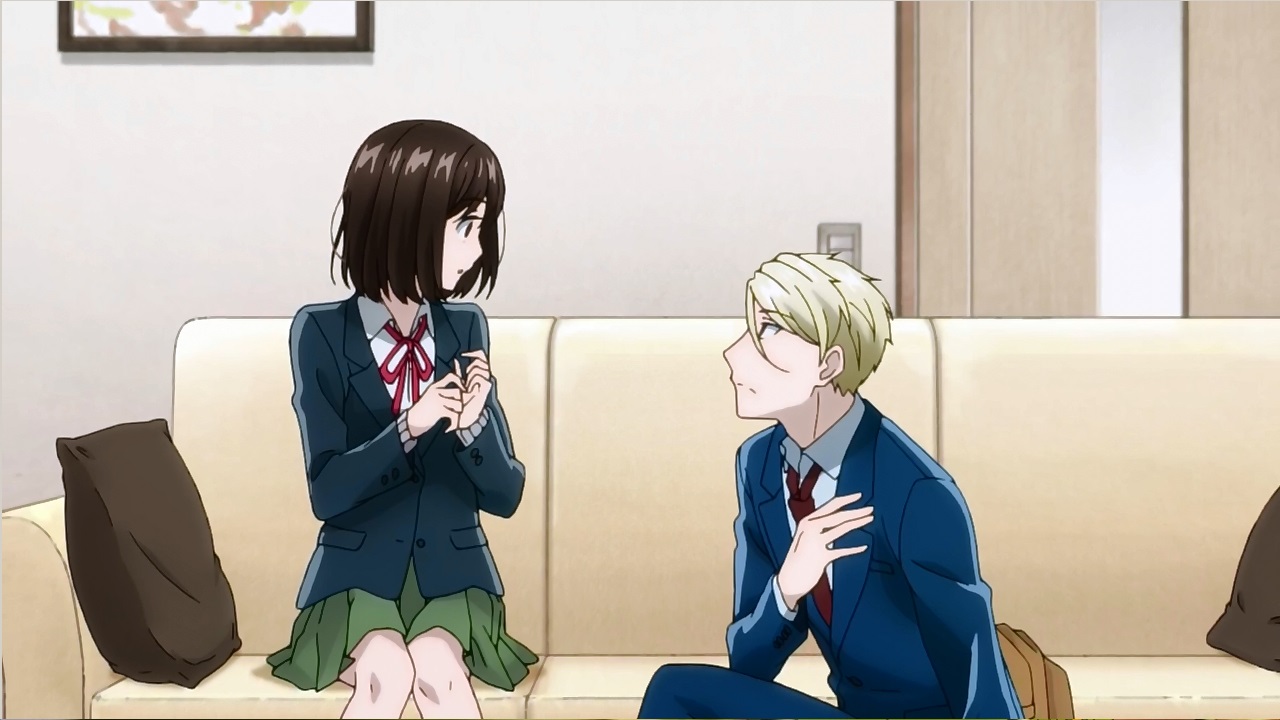 To begin, let’s dive deeper into the premise. It all starts when the older Ryo Amakusa (Toshiyuki Toyonaga) falls down a flight of stairs due to exhaustion. There to save him is high schooler Ichika Arima (Yurie Kozaka), who helps Ryo with his hunger pains by giving him her lunch. What was thought to be a one-time meeting turns out to be a wild coincidence, as Ichika is best friends with Ryo’s younger sister Rio (Rena Hasagawa). After Ryo quickly confessing his feelings to Ichika at his place, she responds — like any normal girl would — coldly and with disgust.

Thus initiates Ryo’s quest to win Ichika’s heart, be it with daily flowers and plushies or with late-night calls. (You can blame Rio for giving him her number, that enabler!) As Ichika’s never experienced love herself, she often finds herself going between feeling grossed out or confused by Ryo’s actions. It also doesn’t help that there’s another person trying to win her heart, in the form of classmate Kai Tamura (Junya Enoki). As she weighs through the options and deals with her emotions, Ichika tries to figure out just what she actually thinks of Ryo. 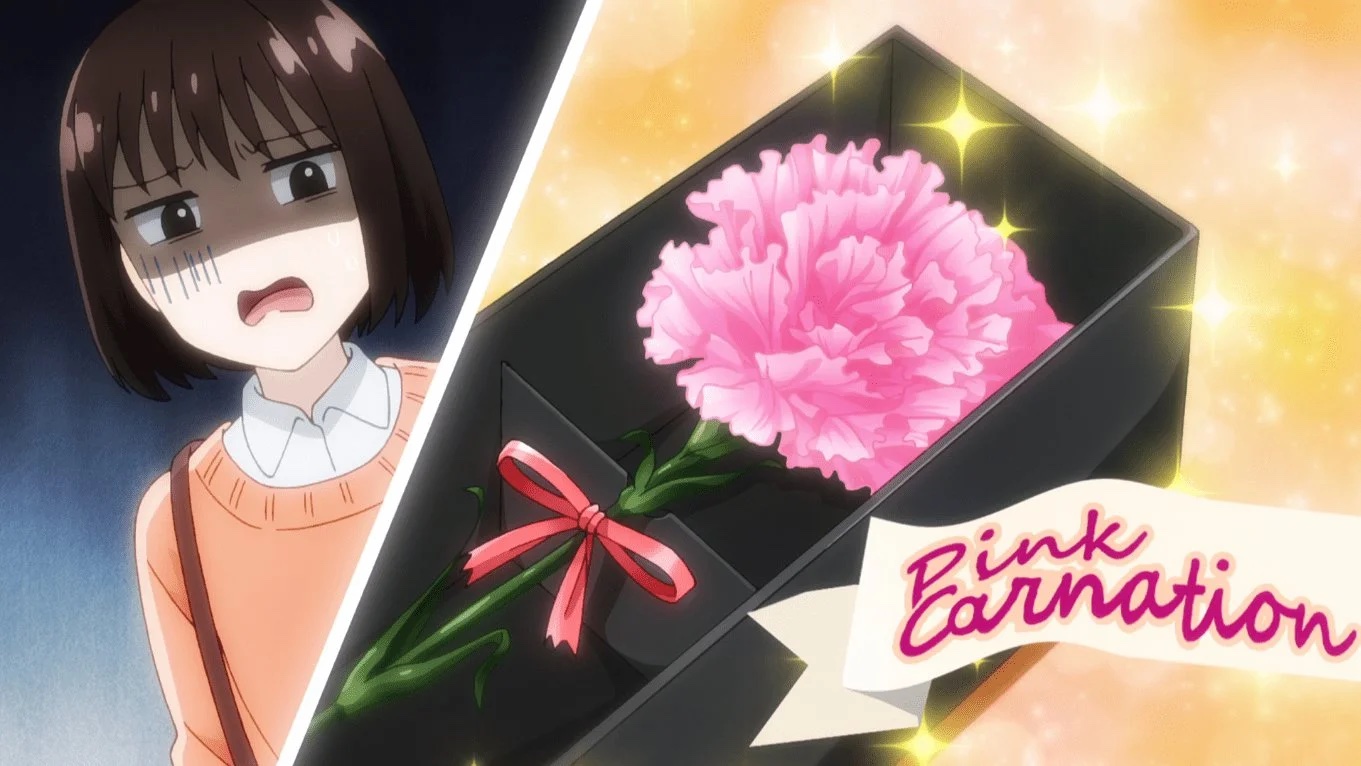 What keeps Koikimo from collapsing over its bad premise is Ichika herself. She’s painted as a student with her own self-doubt and complications, as she struggles in school and with having someone like Ryo fawn over her. But she’s got enough common sense to not just turn down the older man’s love confession, but also put him in his place. To put it bluntly, Ichika doesn’t take kindly to those who offer unwanted advances.

And yet, as the series progresses, Ichika starts getting used to Ryo’s antics. While it’s still bad for an adult to take a liking to someone who’s a year shy of college age, one can easily see the kind of confidence booster Ryo’s actions have been for Ichika. Although she has her doubts about herself, Ichika nevertheless finds herself lifting her head a little higher each day thanks to Ryo’s kindness and actions. A great example of this is how Ryo creates a study guide for Ichika’s upcoming test, which helps her not only pass, but gives her the boost she needs to find just a little more assurance in both her school life and personal one. 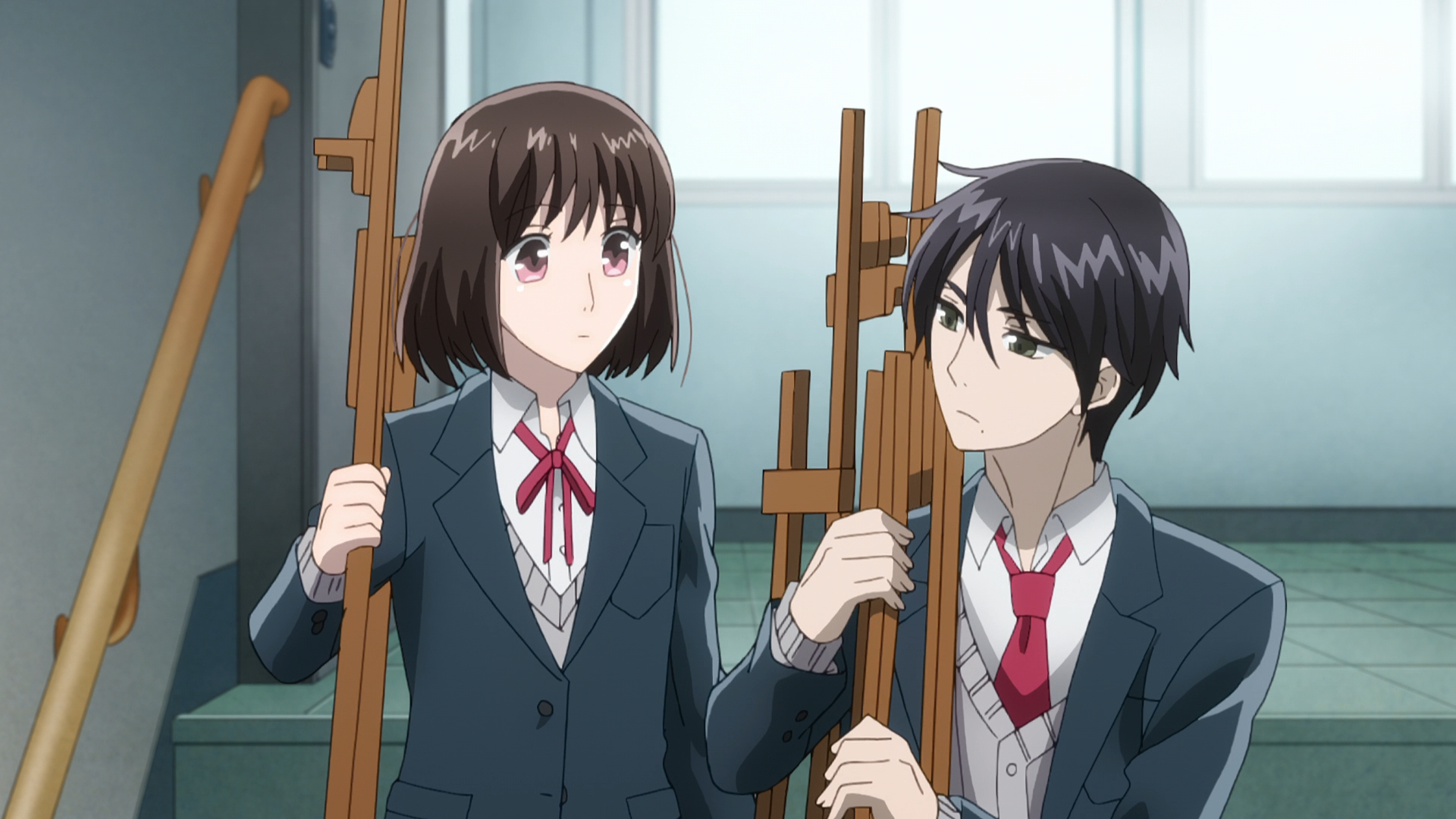 With that being said, this is still about a 27 year old man in love with a 17 year old girl. Even when Ichika takes Ryo’s kind words & actions to heart, viewers still have to keep reminding themselves that this romance cannot/will not/should not happen in the slightest! It’s why I’m thankful for a character like Kai, who starts building something with Ichika during a school trip to the aquarium. There’s certainly a connection that’s more befitting of normalcy between the two of them, one that has potential to grow after the two meet in the school halls on Valentine’s Day.

It gets even more complicated when the other people in Ichika’s life take a liking to Ryo. For example, her mother simply lets him in their house so he could visit her when she’s sick. A noble action, yes, but it’s weird when those who are supposed to protect Ichika from predatory behaviors are the ones letting this kind of guy in to her surroundings. Once it reaches the point where Ichika can’t tell whether she likes Ryo or not, Koikimo places a can of worms on the table and awaits for the orders to open them. 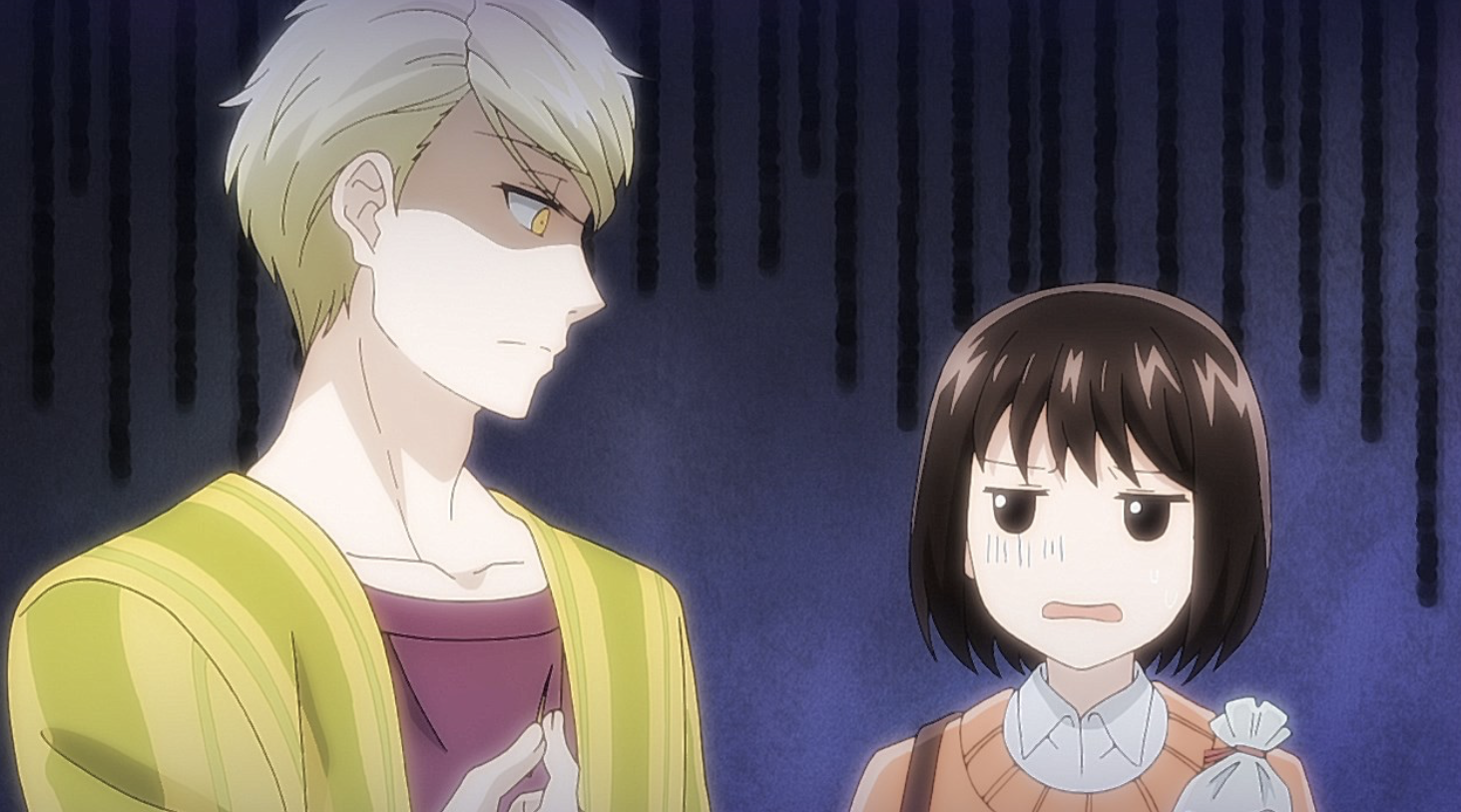 Would you like to know the worst thing about all of this? All of this is presented in such a likable light! Right now, I should keep on shouting about how gross this concept is, but there are moments in Koikimo where I found myself laughing hard at Ryo’s mannerisms and Ichika’s reactions to said mannerisms. The only other time I felt this way about an anime was when watching Domestic Girlfriend, which was a dumpster fire that you couldn’t help but chuck more wood into to see how long and hot it’d burn. Even though this anime doesn’t come close to doing things that’d make anyone shout expletives at their TV set, its means of execution certainly goes for being entertaining for the sake of filling it with cringe.

Maybe its charm is because of the strong chemistry between voice actors Toyonaga and Kozaka, who play off one another with heart and silliness as Ryo and Ichika. Or it could be due to its presentation by studio NOMAD, which fills even the darkest of sceneries with a glimmer of warmth and light while giving the characters some delightful facial expressions. Perhaps it’s Ace Collection’s opening theme song “Monokuro City”, which is a banger of a rock track that a show like this doesn’t deserve. Or, simply, it can be because writer Yuko Kakihara took manga author Mogusu’s original work, and somehow managed to crank out a good show out of a trashy scenario.

Yes, Koikimo is pretty entertaining. It’s not at all a great anime, but for what it delivers, I can’t help but admit that I did chuckle plenty throughout what I’ve currently seen. The premise may have many red flags planted in its foundation, but Koikimo’s execution is grounded with some well-intentioned thought placed in its characters and their actions. With that being said, please don’t use this anime as a guide to romance. Otherwise, I’m calling the cops on you.

Koikimo can be viewed on Crunchyroll and VRV. It has been licensed by Crunchyroll. Episodes 1-8 were observed for this review. Promotional consideration provided by Ellation.