HomeComics/MangaMANGA REVIEW | "A School Frozen in Time" - Volume One

MANGA REVIEW | "A School Frozen in Time" - Volume One 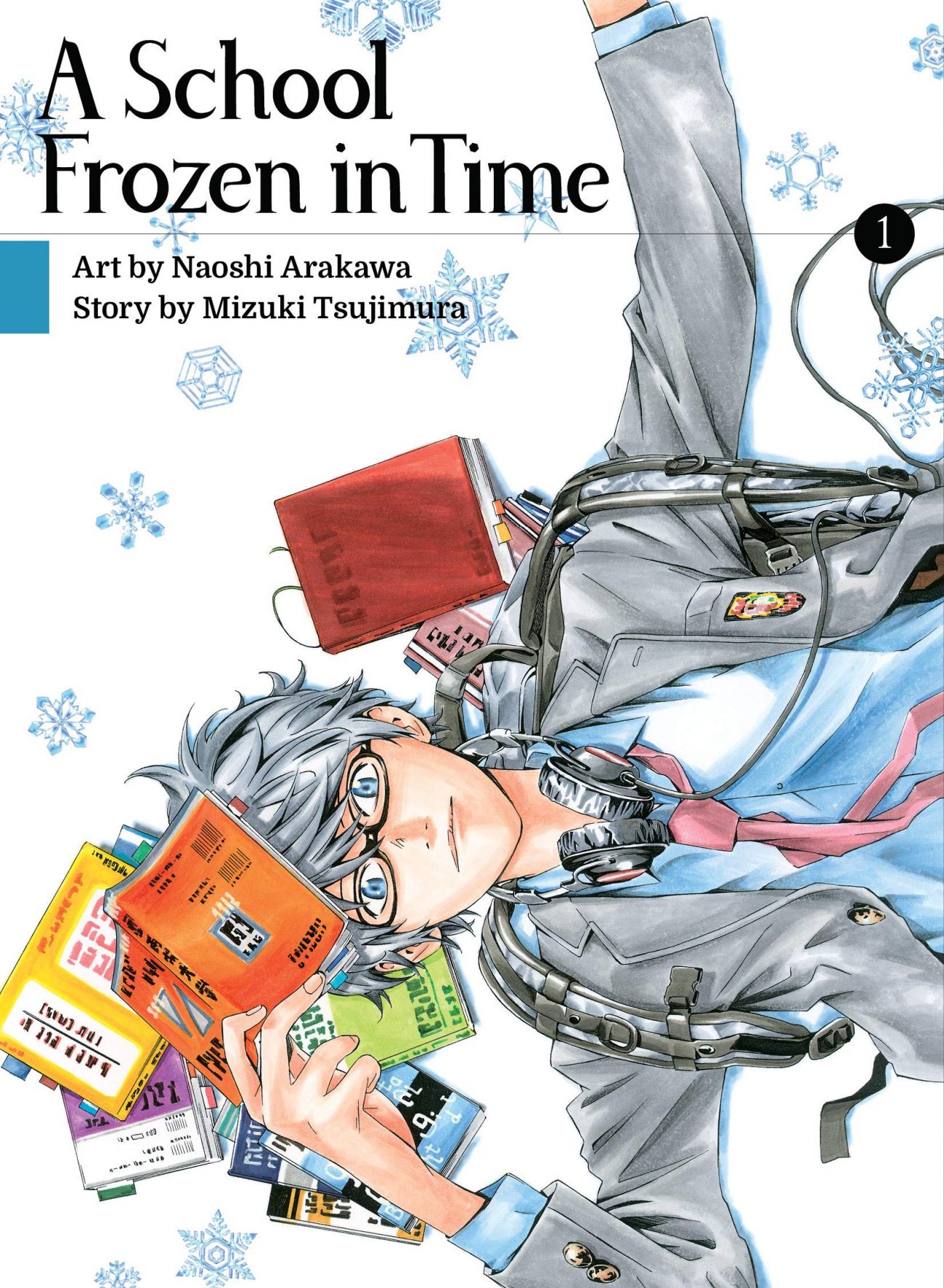 MANGA REVIEW | "A School Frozen in Time" - Volume One

WARNING: The following manga contains references to suicide. If you or someone you know has suicidal thoughts or feelings, you are not alone, and there is free, 24/7 help. National Suicide Prevention Lifeline offers specific resources and confidential support for those in crisis or emotional distress. You can call 1-800-273-8255 or go to SuicidePreventionLifeline.org at any time for free, 24/7 help when you or anyone you know needs help.

What if something traumatic happened in your life? Worse, what if you can’t remember the person who befell such a tragedy? In Miyuki Tsujimura and Naoshi Arakawa’s A School Frozen in Time, a group of friends find themselves stuck in a mystery that gets more confusing and heart-wrenching as the clues begin to unfold.

Two months after a classmate killed themself, eight students attend school like any normal day. However, upon entering the halls, they find that they are the only people in the building. Soon, they discover that they can’t leave the premises or call for help on their phones or online. These students then start to reminisce about the school festival and the tragedy that occurred. That’s when they realize something about the event: they can’t remember who it was that committed suicide.

With the clocks stuck at the time of the tragedy, the classmates piece together every possibility regarding their predicament. Hiroshi then comes up with a hypothesis: one of them is the student who jumped off the building. As time continues to stop, the realization starts hitting the others, with tiny pieces of memories slowly coming back to them. But it might be too late for one of them already...

Tsujimura’s storytelling elements help to pace the narrative of A School Frozen in Time well. While the story starts off the with the tragedy, it then goes into something that could be light-hearted. The meeting of Hiroshi and Mizuki is a fun one, with Suguwara and Rika’s entrance being quite humorous. It’s when they and the rest of the students enter the school when the tone of the story turns darker, with the kids finding themselves unable to leave until the mystery is solved.

Flashbacks with their teacher Sakaki-sensei give way to clues unveiling themselves about that school festival day. They also show off the internal struggles they have, many of which they’ve kept hidden deep inside their guts. From Hiroshi panicking about exams to Katase’s fear of vanishing from people’s memories, they demonstrate some anxieties that befall many kids in real-life. As such, the story does a great job staying grounded in an emotional reality, as it contrasts with the supernatural situation that these students have been placed in.

It can be a little troubling for some who read A School Frozen in Time, as it doesn’t glaze over the topic of suicide. Clearly these students still feel traumatic after that incident, even as they struggle to remember the identity of the dearly departed. Even the issue of self-harm is brought up slightly through Katase’s flashback, as he finds the girl confessing her love to him has some scars along her wrist. This particular moment brings forth some wise words from Sakaki-sensei, who hammers in the importance of being there for people when they are in their most troubled state.

But it’s in the mystery of why these students are locked up where the narrative becomes a metaphorical game of Jenga. As one hint unfolds, another piece is placed on its roof, awaiting that moment for everything to crash down. Will it take the disappearance of every classmate, or will one of them finally wake up to the truth before it’s too late. The way it’s presented in Tsujimura’s story makes for some good suspense, although with the exception of one or two students, it’s a slight challenge to find yourself getting attached to everyone in the group.

The premiere volume of A School Frozen in Time has some rough edges, but the mystery that it comes with has enough to pull its readers in. As the first pieces of the puzzle have been laid out, the picture it hopes to create has yet to be revealed. With the way the story is going thus far, A School Frozen in Time could conjure a vision that will surely cause a great mixture of heartache, warmth, and — in some cases — a little fright.