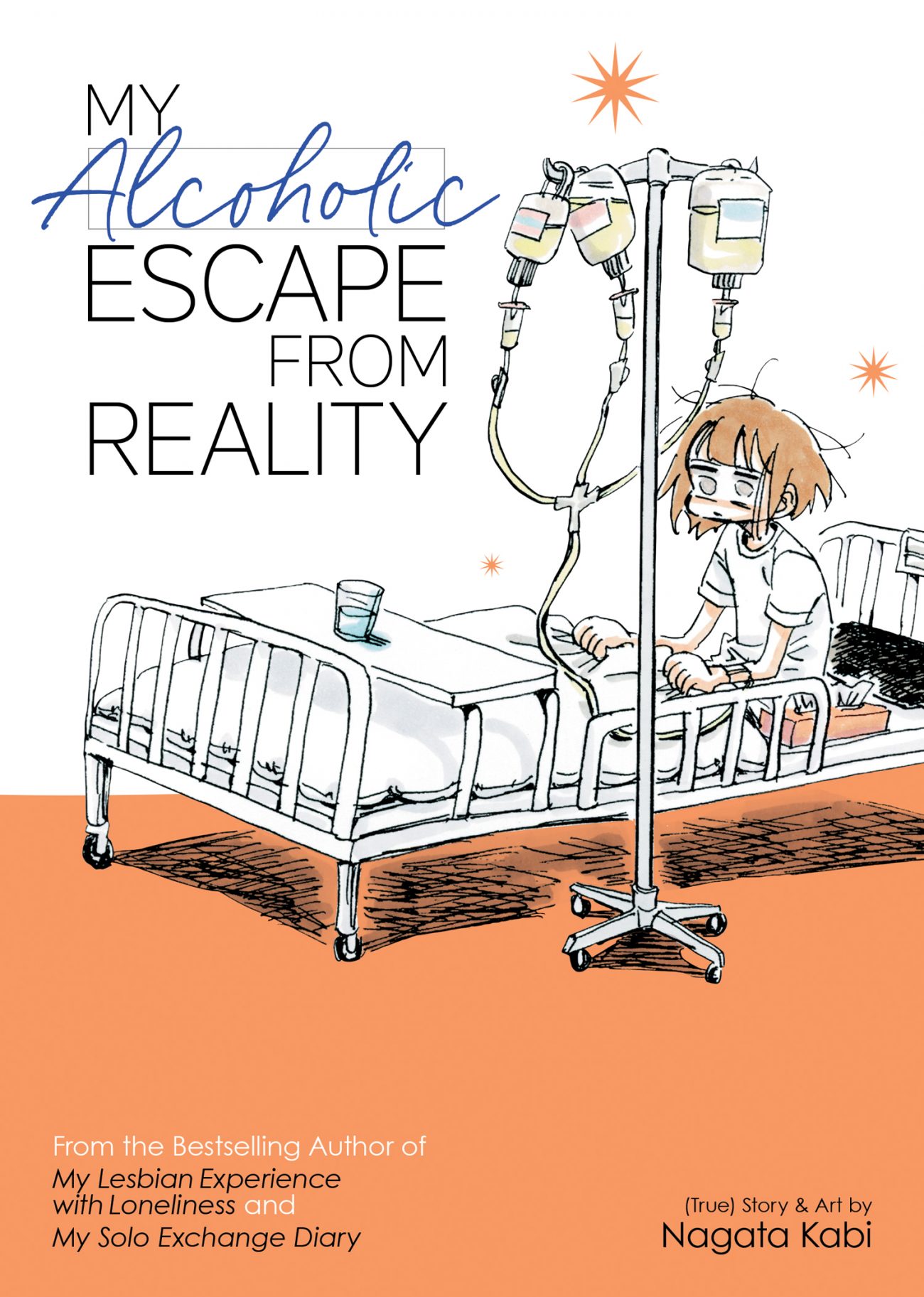 When I think of manga author Nagata Kabi, the first thing that comes to mind is how she’s like Japan’s answer to Allie Brosh. Both writers bring their personal life to the comic realm, using humorous and heartfelt means to showcase their struggles. While Brosh’s Hyperbole and a Half teeters more into the funnier things in her strange life, Kabi instead puts a lot more into the sadder and rough patches she experiences. (She does know when to put a good laugh in, even when it’s at her own expense.)

After finding success in My Lesbian Experience with Loneliness and My Solo Exchange Diary, Kabi attempts to leap over another pitfall in her life with her third work My Alcoholic Escape from Reality. Despite its title, it’s not focused on boozy escapades and a downward spiral towards the unhealthiest liver around. Quite the contrary: that’s where her story begins! Finding herself in the hospital, Kabi tries her hardest to follow the doctors’ orders and keep herself healthy enough to check on out. 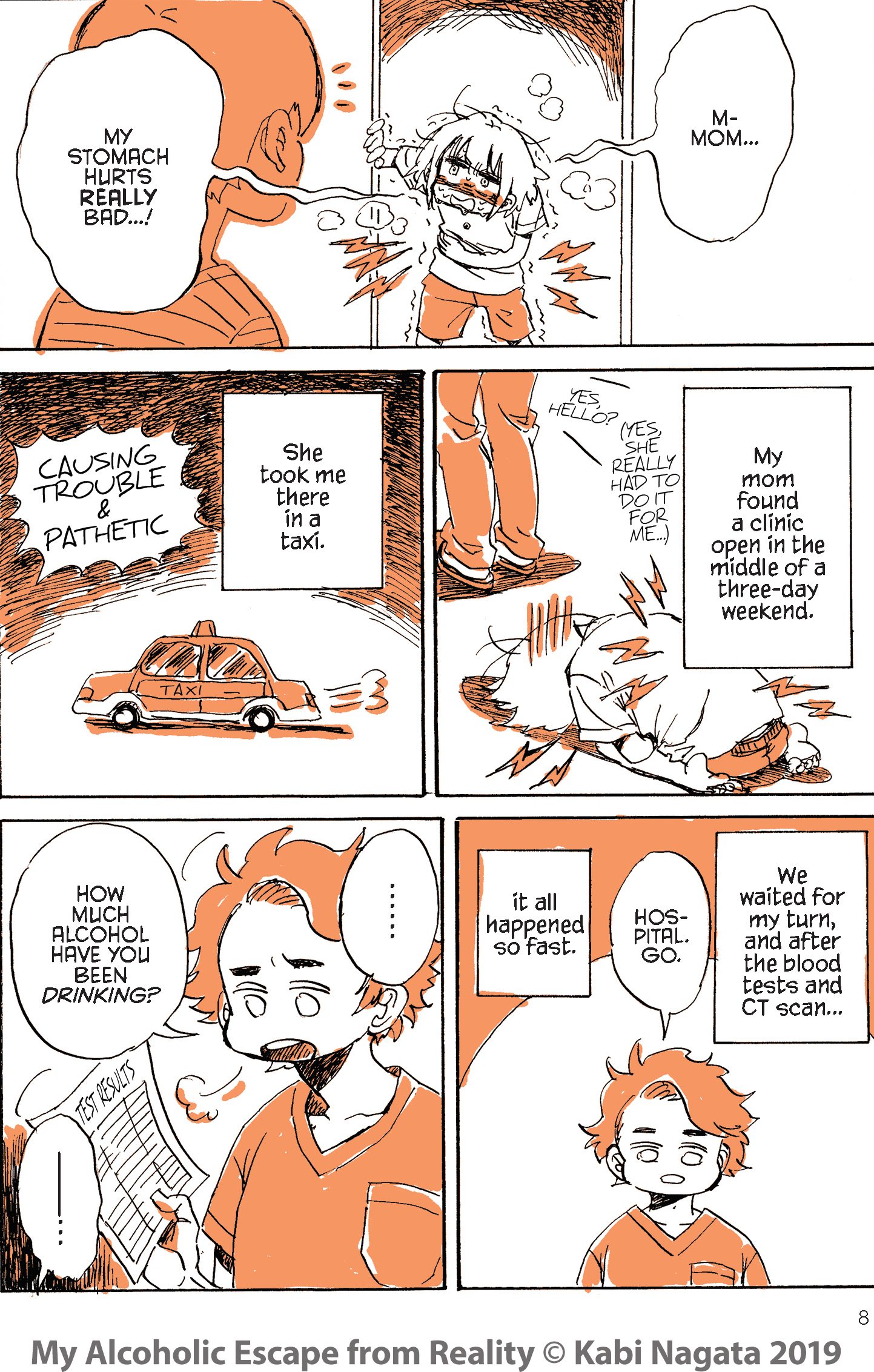 Despite what she said to her father, Kabi does write about her experience in and out of the hospital, as she deals with both pancreatitis and a fatty liver. From there, she focuses on such things as her struggles with using an IV, the hospital food, and even attempting to write more fiction and steering clear from more memoir manga. Even as Kabi attempts to clean her slate and walk towards a better path in life, she finds that reality is a harsh mistress that places far too much pressure with little reward to receive after it. As such, she finds that following doctor’s orders isn’t as simple as can be.

That’s not to say that she returns to her dead drunk ways. In fact, what’s interesting is how a little pinch of her past drinking self has not only aided with her anxiety, but it also somehow manages to keep her cholesterol and γ-GTP down. It goes to show that the human body can be weird at times, especially when it comes to what keeps the ailments from knocking you down! (Of course, that doesn’t mean that one should return to chaotic drinking and eating habits after a nearly fatal lifestyle!) 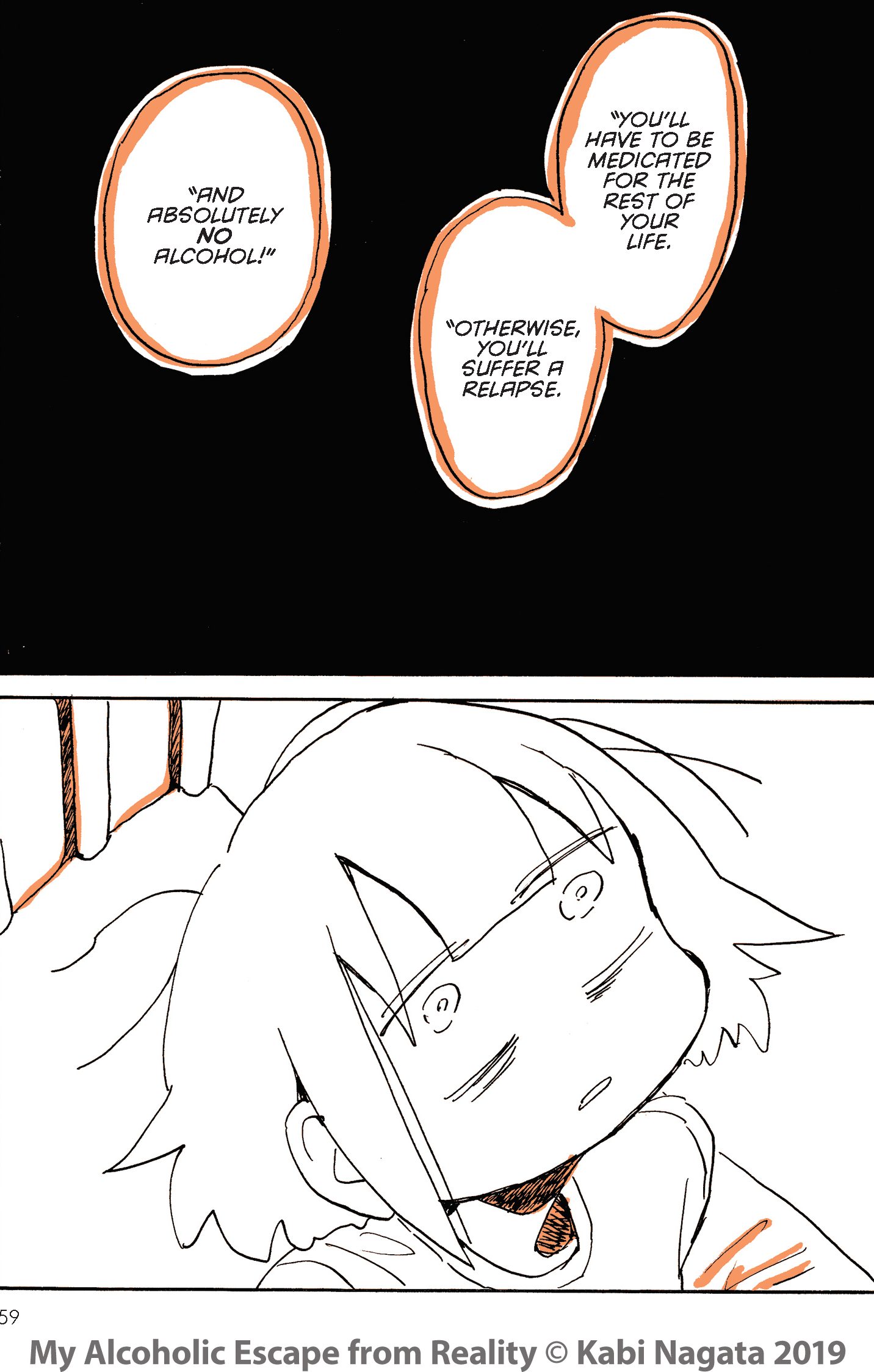 Like her past works, what makes My Alcoholic Escape from Reality a great read is its frankness and honest look into Kabi’s life. Nowhere does she sugarcoat the struggles of dealing with an IV in her arm or pushing herself to not goes on a bender after hearing a friend or admirer gets engaged. Kabi’s push through the grind of life is what makes this story humanistic, rather than overexaggerate it with cartoony story elements. Yes, there are some silly drawings of rogue livers and pancreases, but those are just to make both her and the reader laugh at these tough moments.

However, where this manga stumbles is towards the end. With that being said, Kabi knows that ending this chapter in her life won’t be as exciting or jaw-dropping as other memoirs out there. In fact, where this manga ends is where her next story will begin, as she struggles with being loved and finding love. (Her latest work, My Wandering Warrior Existence, was recently licensed by Seven Seas for release sometime next year.) 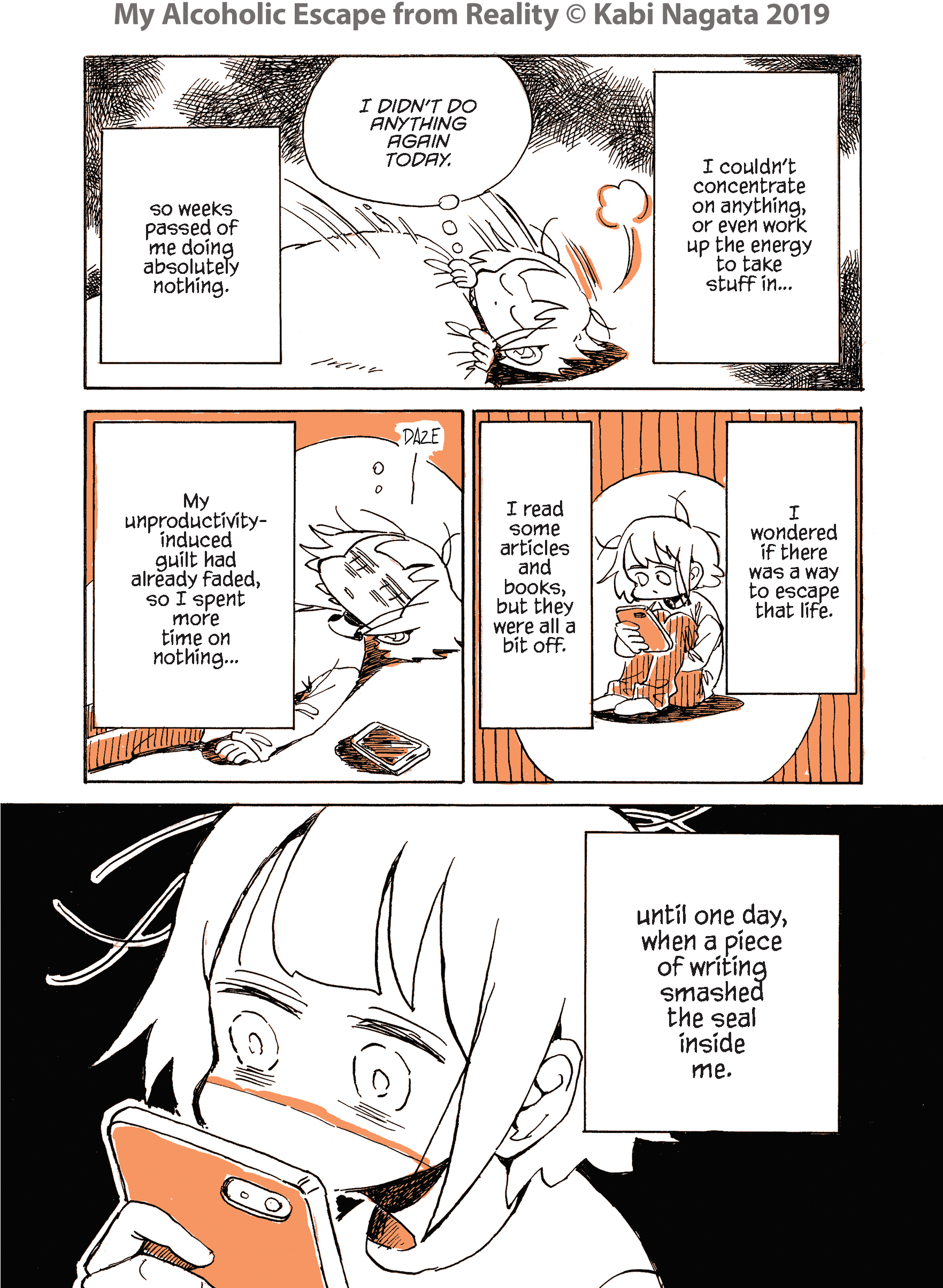 Despite the manga ending with a mere “See you next time”, My Alcoholic Escape from Reality continues Kabi’s strong streak of relatable and entertainingly heartfelt storytelling. Although it’s the shortest of her works, its means of giving a deep retelling of her hospitalization and post-checkout life helps to paint a clear picture of what she went through. Nagata Kabi continues to be one of this generation’s most unique voices in the comic medium, with My Alcoholic Escape from Reality hoping to be both a wake up call and a turning point in how to deal with life’s biggest hurdles.