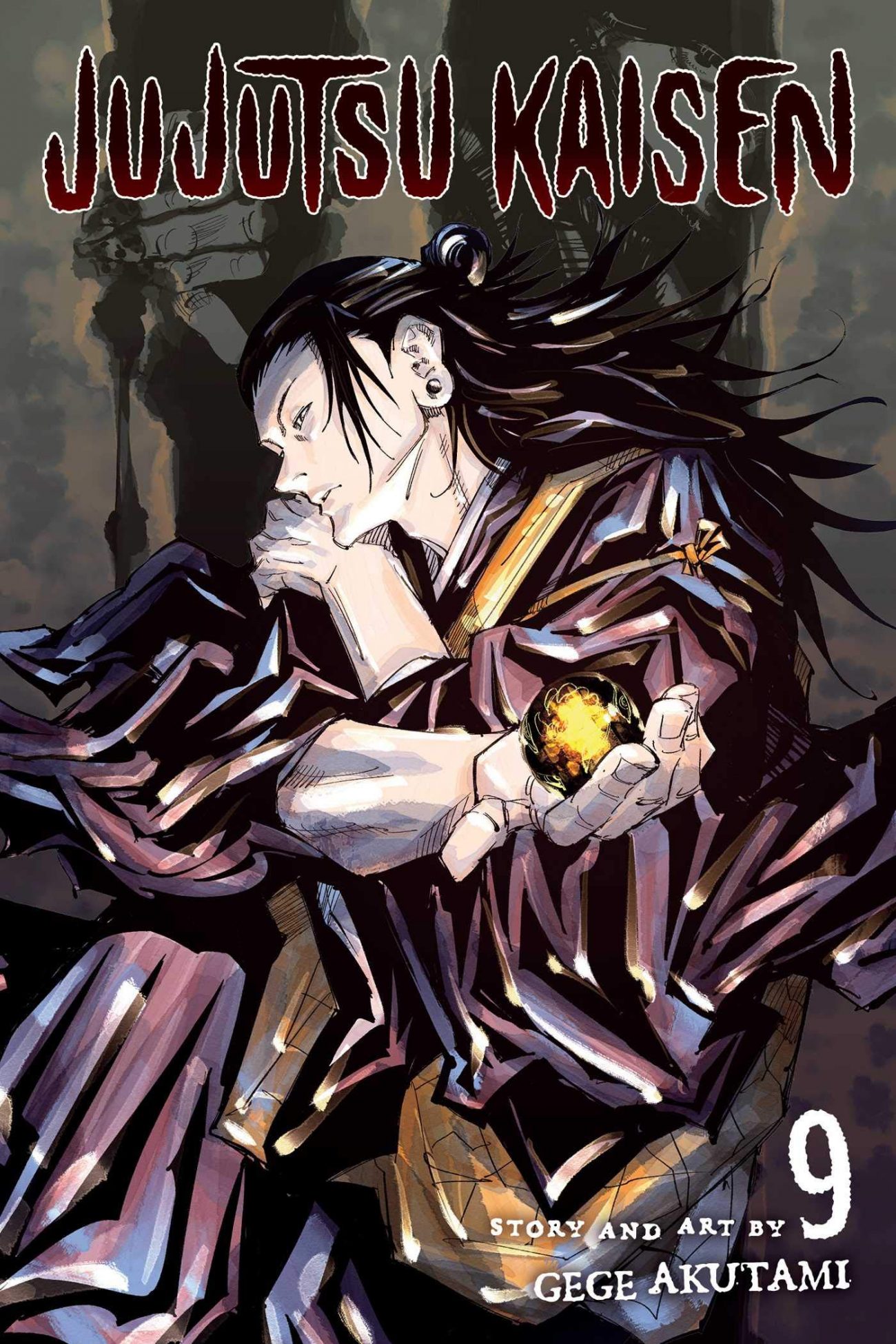 While Yuji, Megumi, and Nobara’s story has been placed on hold, Jujutsu Kaisen has placed its focus on the past of fan favorite Satoru Gojo. Despite his cool mannerisms and attitude, he wasn’t always — to paraphrase Billy Joel — quick with a joke when the mood called for it. In the ninth volume of Jujutsu Kaisen, a darker period in Satoru’s life has a spotlight placed over it, perhaps demonstrating why the beloved teacher is the way he is.

Continuing on with the “Hidden Inventory” narrrative, Satoru and the rest of the sorcerers attempt to protect the Star Plasma Vessel Riko before any harm came to her. Things get rather complicated when Sorcerer Killer Toji Fushiguro begins to live up to his title, going so far as to stab Satoru in the throat and leaving him for dead. After the mission, Suguru begins to contemplate the reason behind protecting those without Jujutsu powers. After much internal deliberation, Suguru’s bloody pathway begins to be paved. 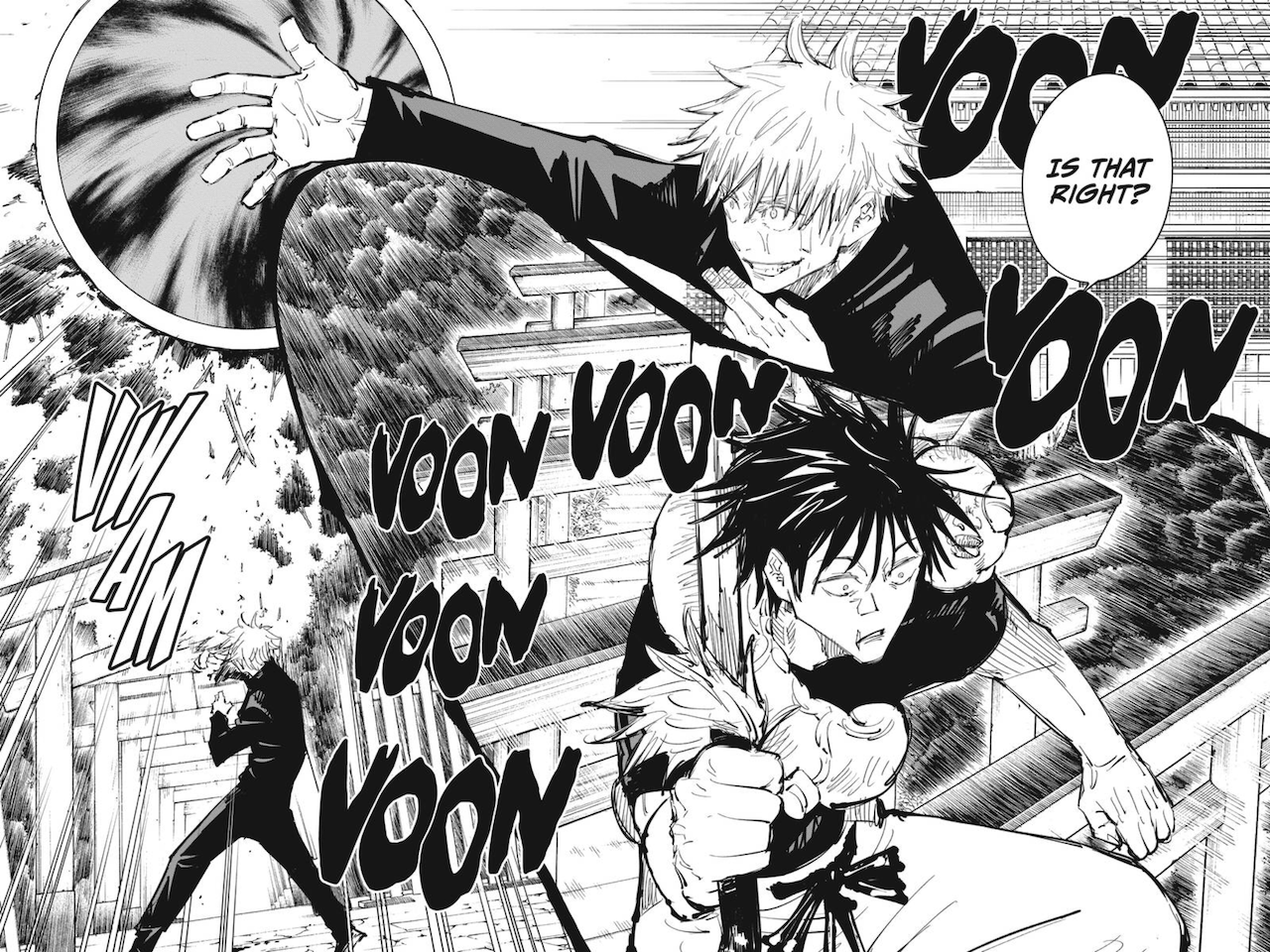 There’s a strong moral compass on display in this volume of Jujutsu Kaisen. From the perspective of Satoru, there’s a code of honor that comes with protecting those without these spiritual techniques. However, after seeing what certain people are capable of doing and believing during the Star Plasma Vessel mission, Suguru thinks of how much of a nuisance it is for anyone to protect those who are weak. And thus, in a flash, the way of justice is lost on Suguru, setting readers up for what is the main plotline of Gege Akutami’s narrative.

Although we all know Satoru to be the cool teacher at Jujutsu High, he’s not truly the carefree person he seems to be. This flashback shows just how seriously he takes his missions and goals, even dealing with failures in a levelheaded way. Satoru’s reaction to those who are brainwashed is filled with sympathy, even when there’s enough blood boiling in his veins to simply wipe them out. But he knows that will lead him down a horrible life if he were to do such a thing; Suguru, on the other hand, finds said way as a means of escaping from the things he thinks are fickle in life. 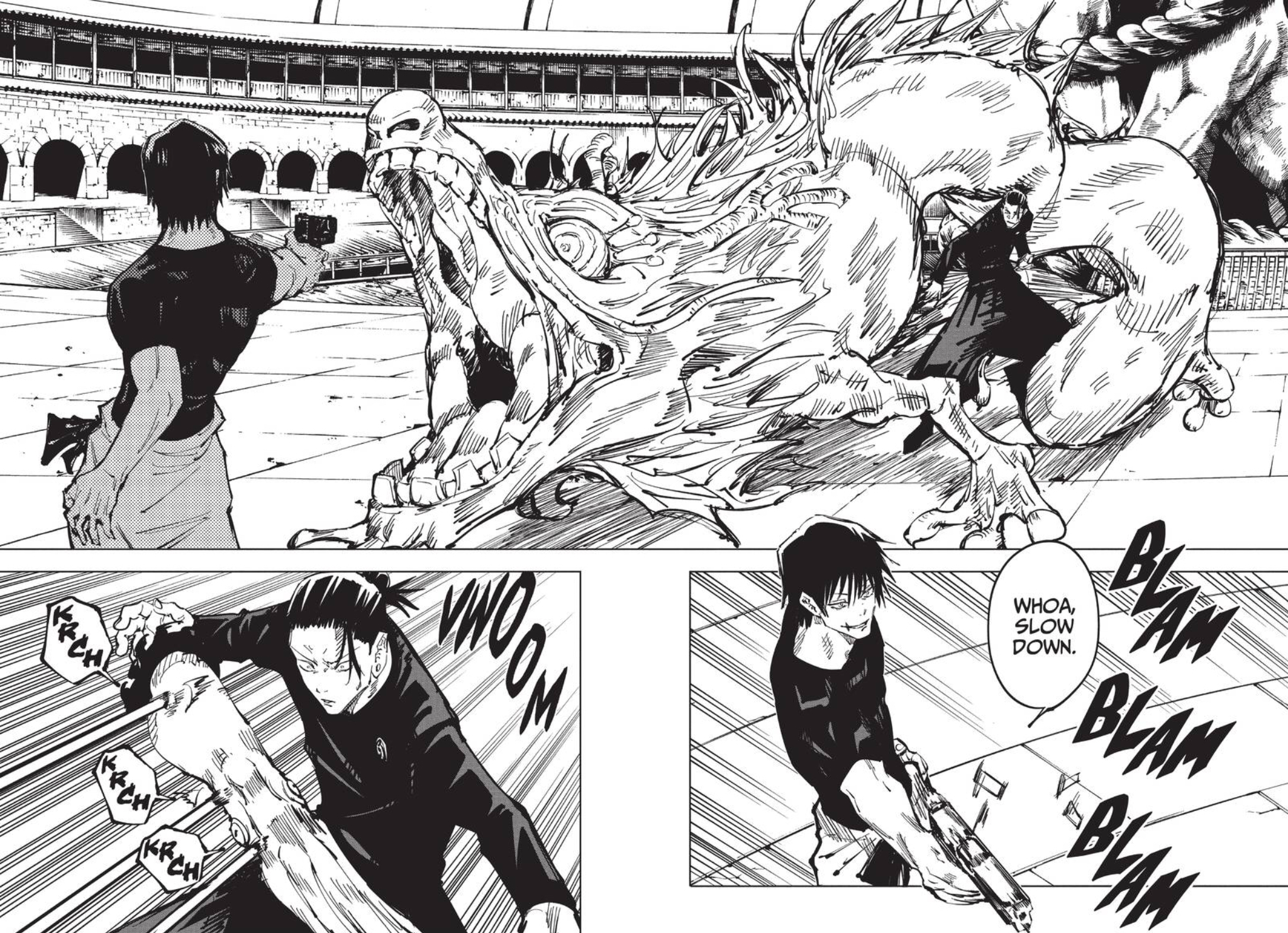 We’ve all seen many shonen manga dealing with these sorts of forks in the road. One person goes down the road of justice, and the other the path of evil. Jujutsu Kaisen is no different in this, but it’s Akutami’s stylistic visuals that keep it from feeling like old hat. It’s a face-to-face with Satoru and Suguru — as well as its outcome — that makes this old narrative feel slightly unique. Instead of actually fighting, Satoru comes to a realization that the two of them aren’t exactly ready to fight one another. His reason is not due to one’s physical strength; it’s because sometimes a person needing saving has to want to be saved.

The latest volume of Jujutsu Kaisen dives into the physical and mental elements of what makes for a good jujutsu sorcerer. Satoru’s way of life is brushing off onto his students, pushing them to being better sorcerers and people in general. However, there’s no time to simply reflect on the past. There’s now a mole problem to deal with, and from what we’re shown in the last few panels, this won’t be an easy cleanup to deal with whatsoever! 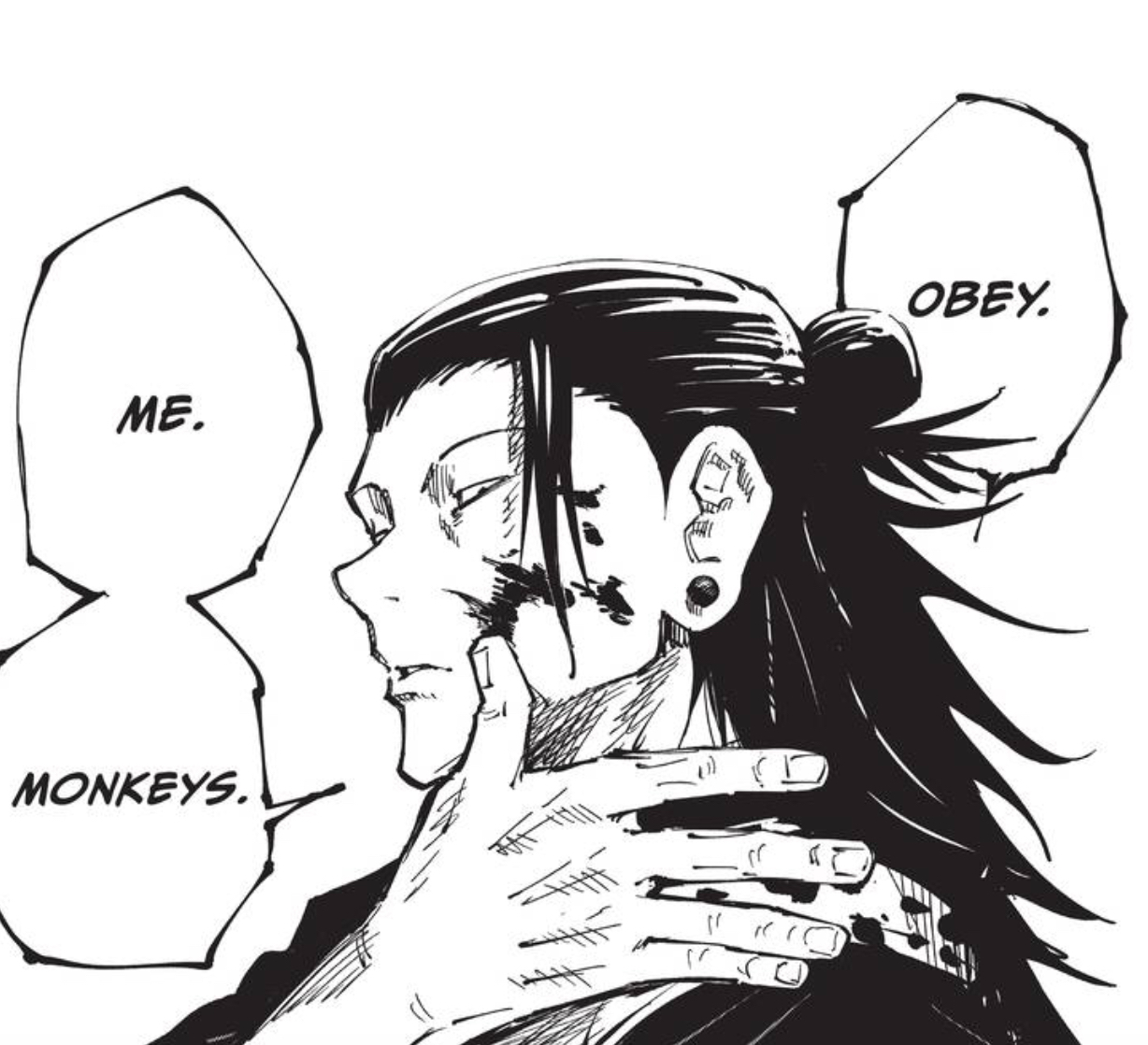