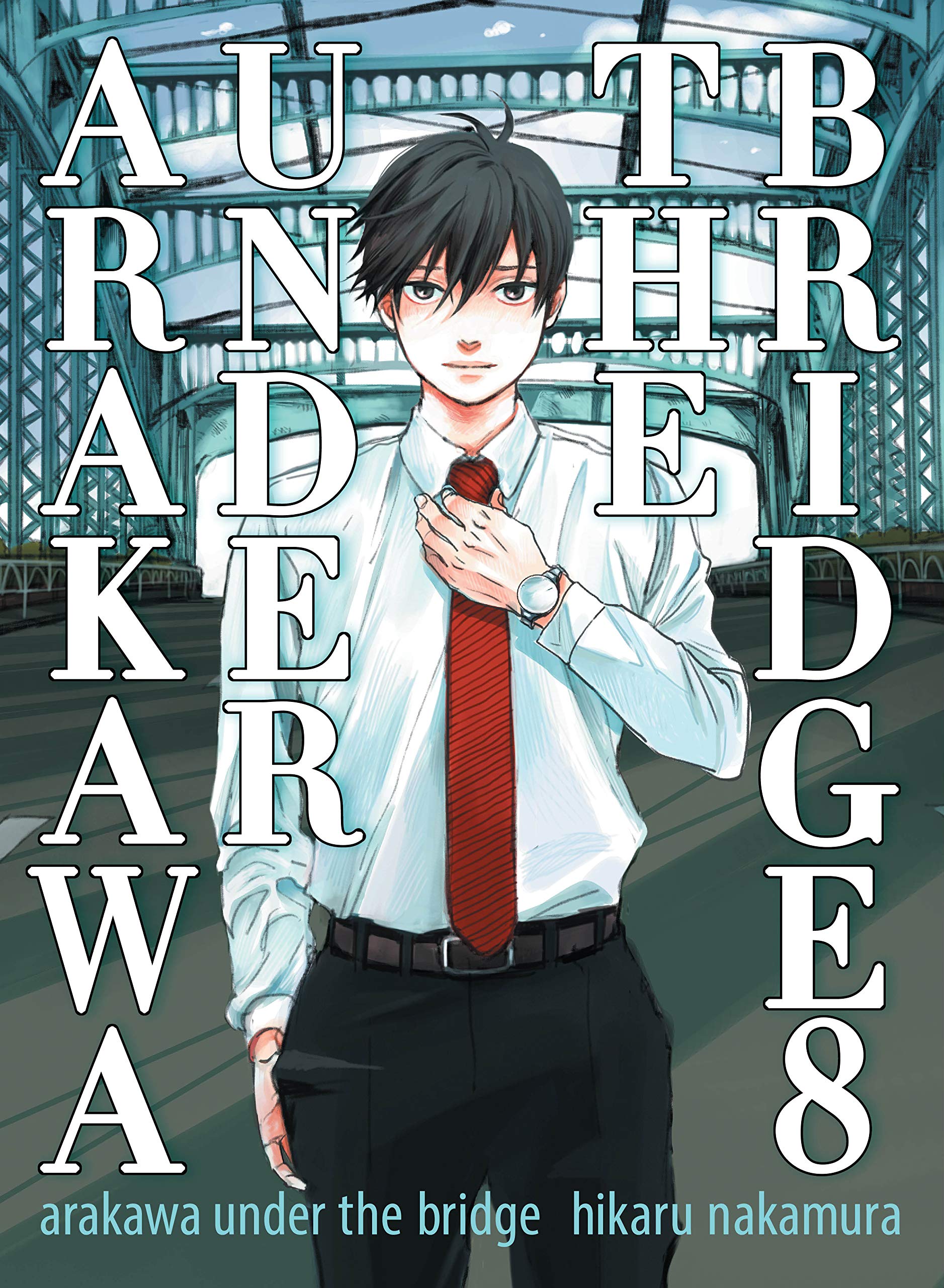 Even the crazy times have to come to an end. After three years of being published in America, Hikaru Nakamura’s Arakawa Under the Bridge bids farewell with its eighth volume (technically fifteenth, seeing as Vertical Comics published two volumes in one throughout its run). Now that the conclusion has come, does Arakawa Under the Bridge sane itself up to bring some sort of moral about Recruit and Nino’s strange romance? Well that’s the beautiful thing about this series: it doesn’t need sanity to deliver an important message.

Recruit finds that his relationship with Nino might be in jeopardy, after she finds herself hanging out more with Sweet Buns. But behind-the-scenes, a plot to reunite Nino with a fellow Venusian starts to unfold, causing threats of death-causing heartache. What will become of Nino and Recruit, and — most importantly — what will happen to the residents of the Arakawa River?

Throughout Arakawa Under the Bridge, Recruit has been transforming more like his river residents, as his mentality went bonkers due to one sense-defying incident after another. Perhaps it was his choice to fall into the crazy spell alongside Nino, as his heart grew more for her as the chapters unfolded. His relationship with the other folks of the Arakawa River also became better, acting almost like a good leader when Mayor lacked the common sense to do anything.

In this final volume, it’s clear that Recruit hasn’t normalized the residents; the residents have ab-normalized Recruit! Watching him deal with Nino and the Venusian ghost reaches all kinds of cuckoo looniness. It comes to a point where even his father — who famously said “Never owe anyone” — throws a little something at his son to amplify the zaniness. And yet, it’s his gesture that shines the most in this big manga finale.

What matters most are the things that the heart desires, and what Recruit wants is a certain tracksuit-wearing beauty. But as usual, he’s got to fight for it. And what better way to do so than with a finale filled with ghosts, mole man authors, and even a freaking Spielberg-inspired spaceship! Even as it wraps things up, Nakamura throws everything she’s got into this wacky pile, before finally giving some sort of hopeful and satisfying closure to every single resident.

Arakawa Under the Bridge was nonsensical, often going off the rails for the sake of even the tiniest gag. That alone makes it a tough manga to highly recommend. But damn it all if it wasn’t entertaining from start-to-finish. It had its rough spots — like most manga do — but overall the story of Recruit and Nino shone as bright as a Venusian star on a clear day. I’ll miss you Arakawa Under the Bridge, but I’ll forever cherish these nuthouse-worthy characters you brought to my life.