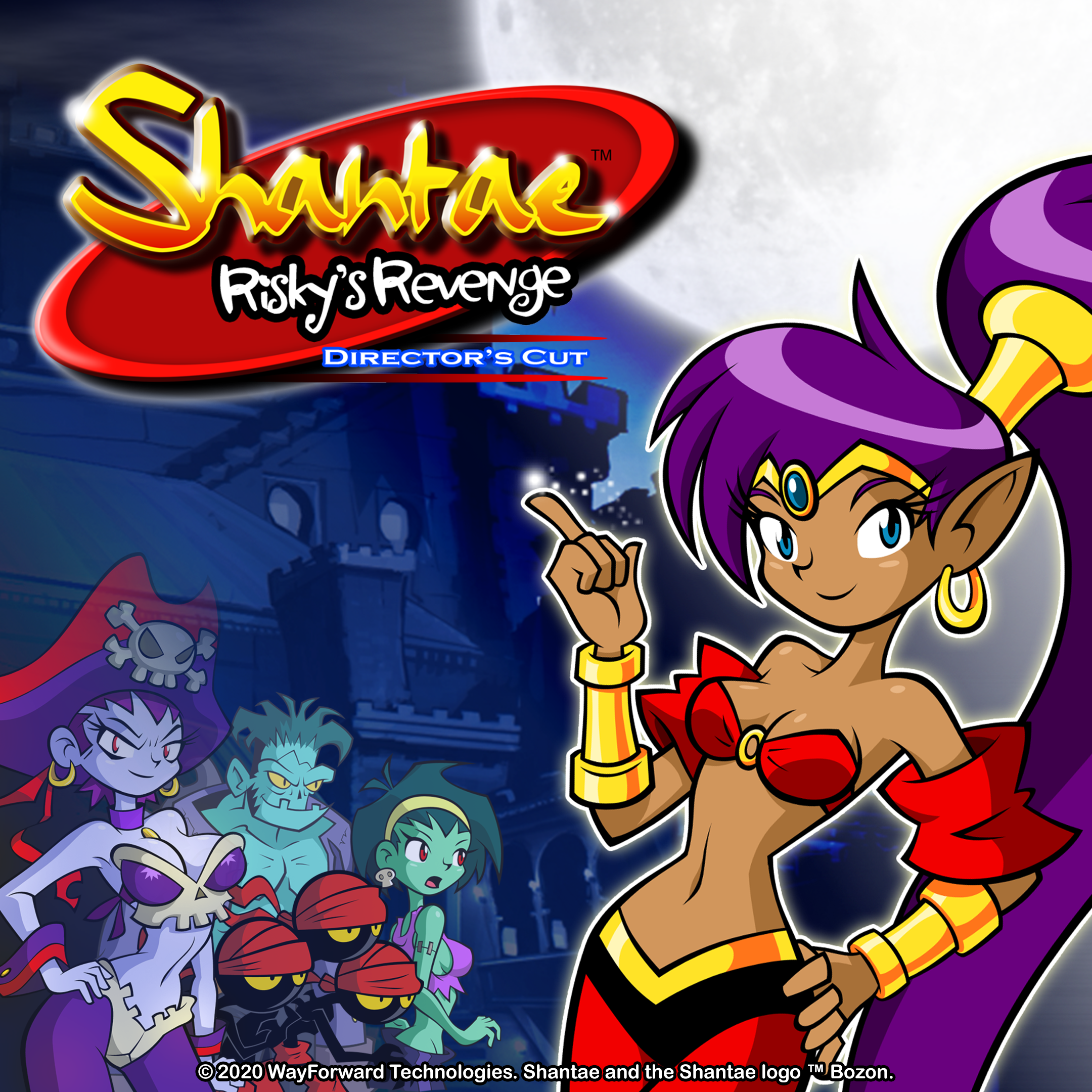 It’s funny to think that WayForward’s half-genie hero Shantae could’ve easily been forgotten. After all, her debut was in a Game Boy Color side-scroller, released one year after the Game Boy Advance left its predecessor in an obsolete realm. Thankfully, her co-creator Matt Bozon (whose wife Erin came up with the genie in the first place) didn’t give up, and while it took eight years to come out, Shantae: Risky’s Revenge was met with critical acclaim.

Now ten years later, the game that revived Shantae has returned in the form of its Director’s Cut version for Nintendo Switch and Xbox One. Although it still delivers a delightful amount of challenges and fun, it lacks the polish that future Shantae titles would have.

Taking place after the first game, Shantae: Risky’s Revenge has our titular character attending the annual Relics Hunters Expo. There, her Uncle Mimic unveils a mysterious lamp, but Risky Boots’s arrival keeps the observers from hearing what it does. To keep the lamp from gaining its powers, Shantae must find three hidden magic seals, all of which are being guarded by the Barons of Sequin Land. Through sea, forest, and desert, Shantae aims to stop Risky’s mysterious plan from going forward. 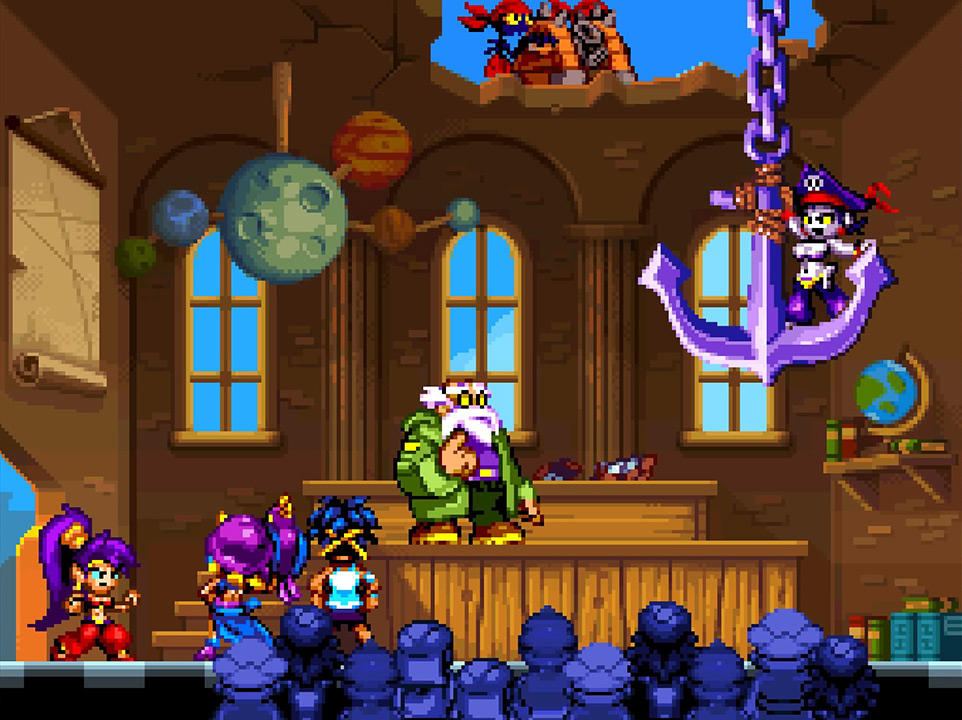 Like most of the games in the series, Risky’s Revenge takes a Metroidvania approach to its world. Running around areas multiple times will give way to new items, abilities, and hidden rubies to purchase more items and weapons. As you progress through, you’ll learn the magic spells to transform into a monkey, elephant, and mermaid that’ll help you get to certain parts and unveil hidden caves. (This, of course, is a precursor to the transformations players learn in future games.)

It’s hard to judge Risky’s Revenge without looking at the games that followed in its shadow. Shantae and the Pirate’s Curse is where WayForward perfected the franchise’s formula, whereas Seven Sirens gave its world a gorgeous facelift. While Half-Genie Hero was more of a side-scrolling adventure game, it gave a lot of polish to Shantae’s magical transformations. So where does that leave the series’s second chapter? 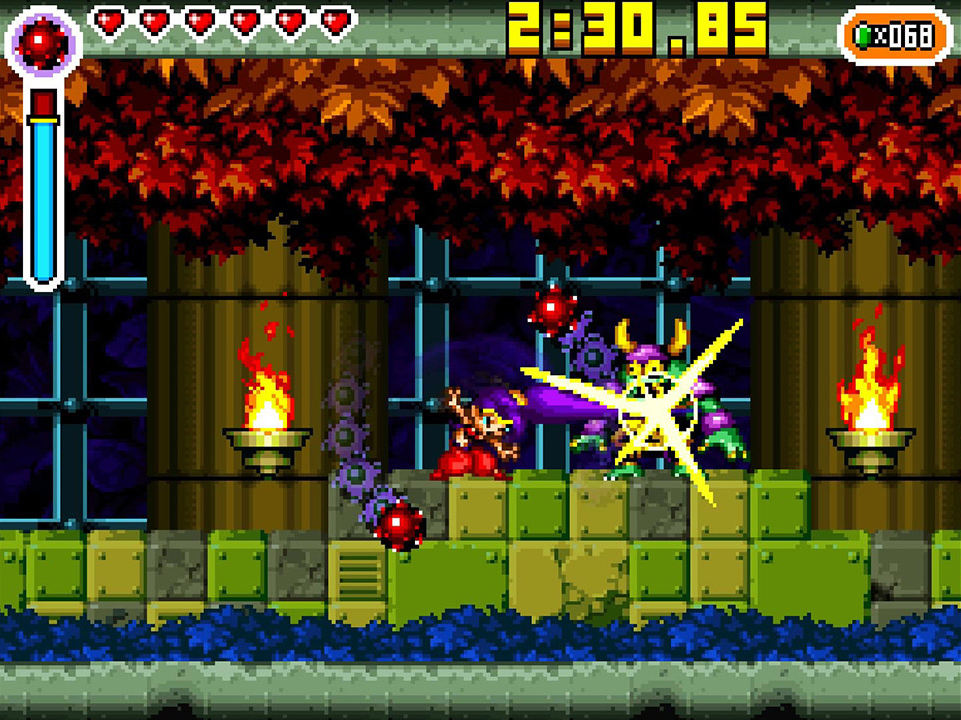 Honestly, Shantae’s second foray into the gaming realm is a strong blueprint for what it aimed to become in the future. It has some great characters, beautiful worlds, Jake Kaufman’s signature soundtrack, and some tough baddies. On top of that, Shantae’s moves — while simple — are exciting to pull off. From her signature hair whip to stomping on some Tinkerbats with your elephant powers, these maneuvers are a joy to watch unfold on your screen.

But on the whole, Risky’s Revenge is missing a certain je ne sai quoi. It’s hard to describe unless you’ve played the series as a whole, but this Shantae video game seems to be missing a key ingredient from its recipe. Granted, this is a very fun video game, but a piece of the magic that made future titles some of the best of their genres is either non-existent or — at the very least — too obscure to either see or feel. Perhaps it’s the humor not being as strong, or the maybe the world’s not large enough. 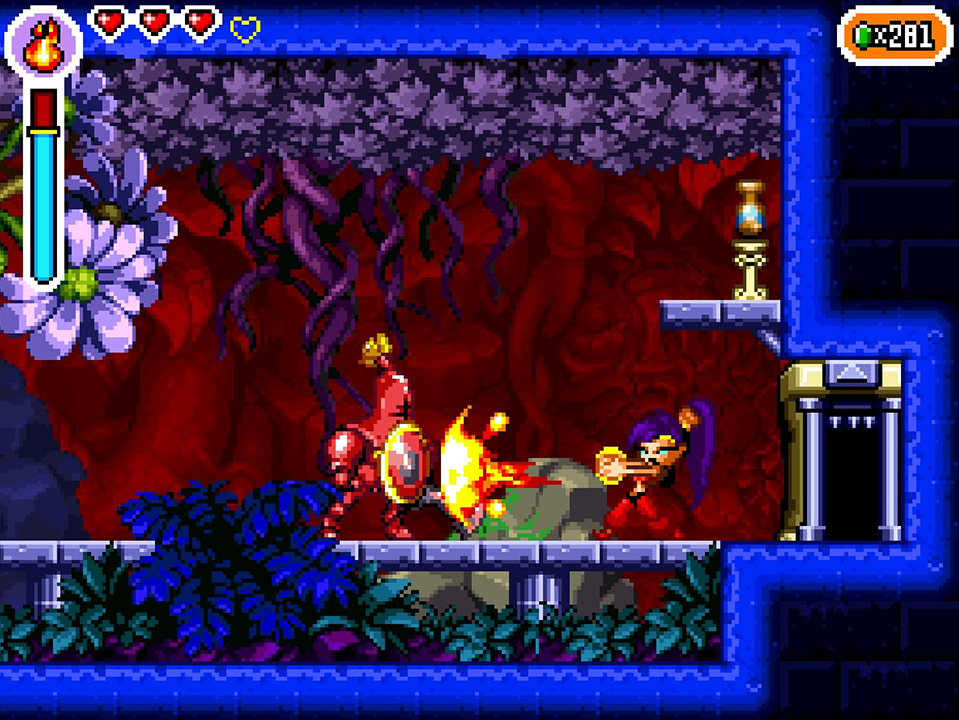 However, one thing that this game does do a great job with is its visual style. Although the artwork has since graduated from Grade-A DeviantArt to beautifully anime-esque, the in-game graphics bring to mind some of the best Super Nintendo titles around. Even with limited pixels, the characters are very expressive and the worlds are a wonder to behold.

Risky’s Revenge’s gameplay is both easy for the fingers and a lot of good fun. With that being said, the boss battles can feel a little same-y. It wasn’t too hard to figure out a strategy to defeat the barons, as enough heart and magic potions (plus some handy weapons) will keep you alive. The one place that did offer a good challenge was Ammo Baron’s timed tower. You have three minutes (with added time that can be collected) to get through eleven levels, all of which are filled with enemies galore. It’s tough, frustrating, and — above all — the kind of edge-of-your-seat fight that the other boss battles should’ve offered! 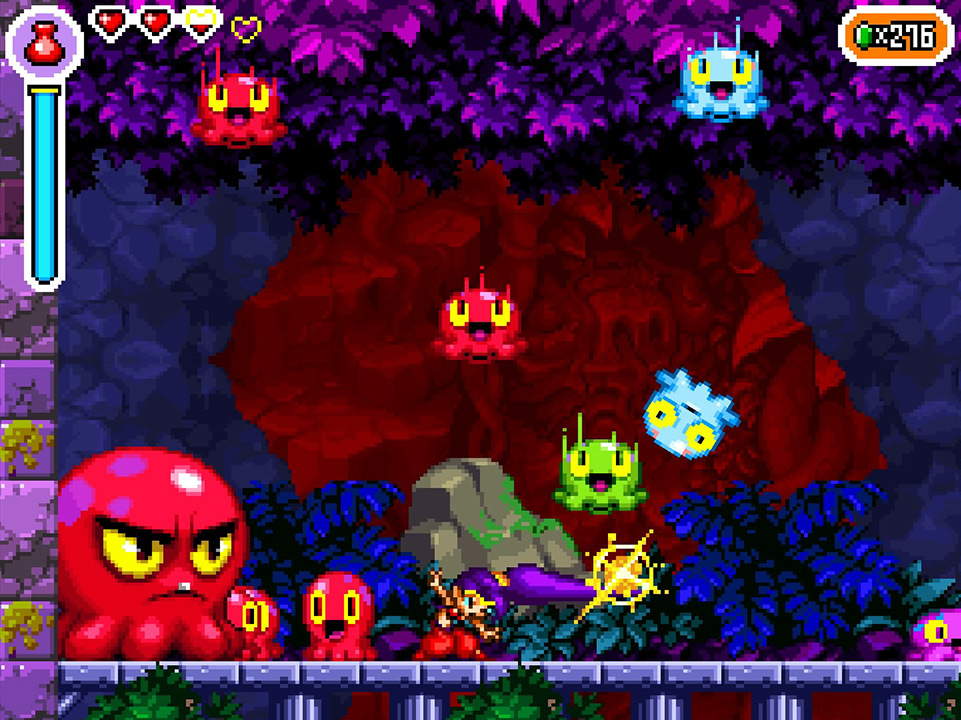 Beating the game the first time will take you roughly five hours to do. There are a few reasons to go back and attempt to beat it faster, with special images to unlock with every achievement made. There’s also the chance to experience the game in Magic Mode, which makes Shantae’s attacks more powerful while lowering your defense slightly. (It also lets you play in Shantae’s dancer attire, which is another nice bonus to Magic Mode.)

Thought it may lack the smarts of its future chapters, Shantae: Risky’s Revenge is still a fun adventure to experience. Its story is both entertaining and humorous, with its gameplay easy enough for anyone to dive into. A revisit to Risky’s Revenge will not only give players the chance to see how its half-genie hero made her mark, but also showcase the hints of what was to come for future adventures.