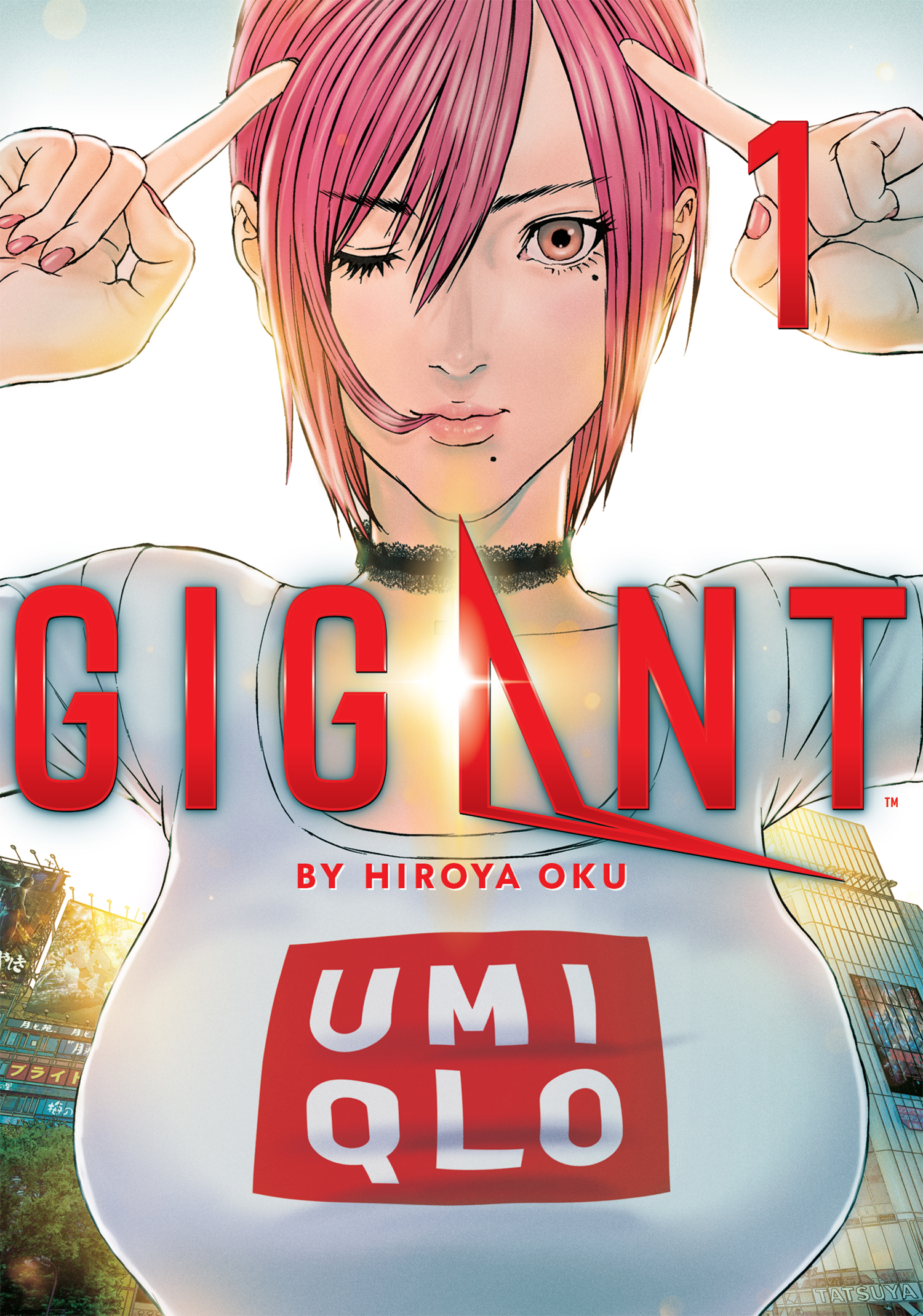 The concept of people gaining the ability to grow big has been showcased in many comic books and b-movies, not to mention the plethora of cartoons that have done this idea before. GANTZ creator Hiroya Oku has decided the manga realm is lacking this plot twist, so he’s placed it as the focus of his new series. Once again, Oku mixes up two of his favorite things in his latest work Gigant: movies and the world’s end. (Okay, three things if you count well-endowed ladies!)

Gigant follows high schooler Rei, who dreams of being a big-time film director. He plans to make a short film for a festival, only for its female lead to pull out last-minute. But as things look down, a peculiar sign plastered through his neighborhood has Rei in shock: his favorite adult film star Chiho “PaPiCo” Johanson is living nearby. A chance meeting with her after tearing down the signs has the two hitting off a good friendship, with Rei being one of the few people who actually treat her like a person instead of an object of everyone’s desires. 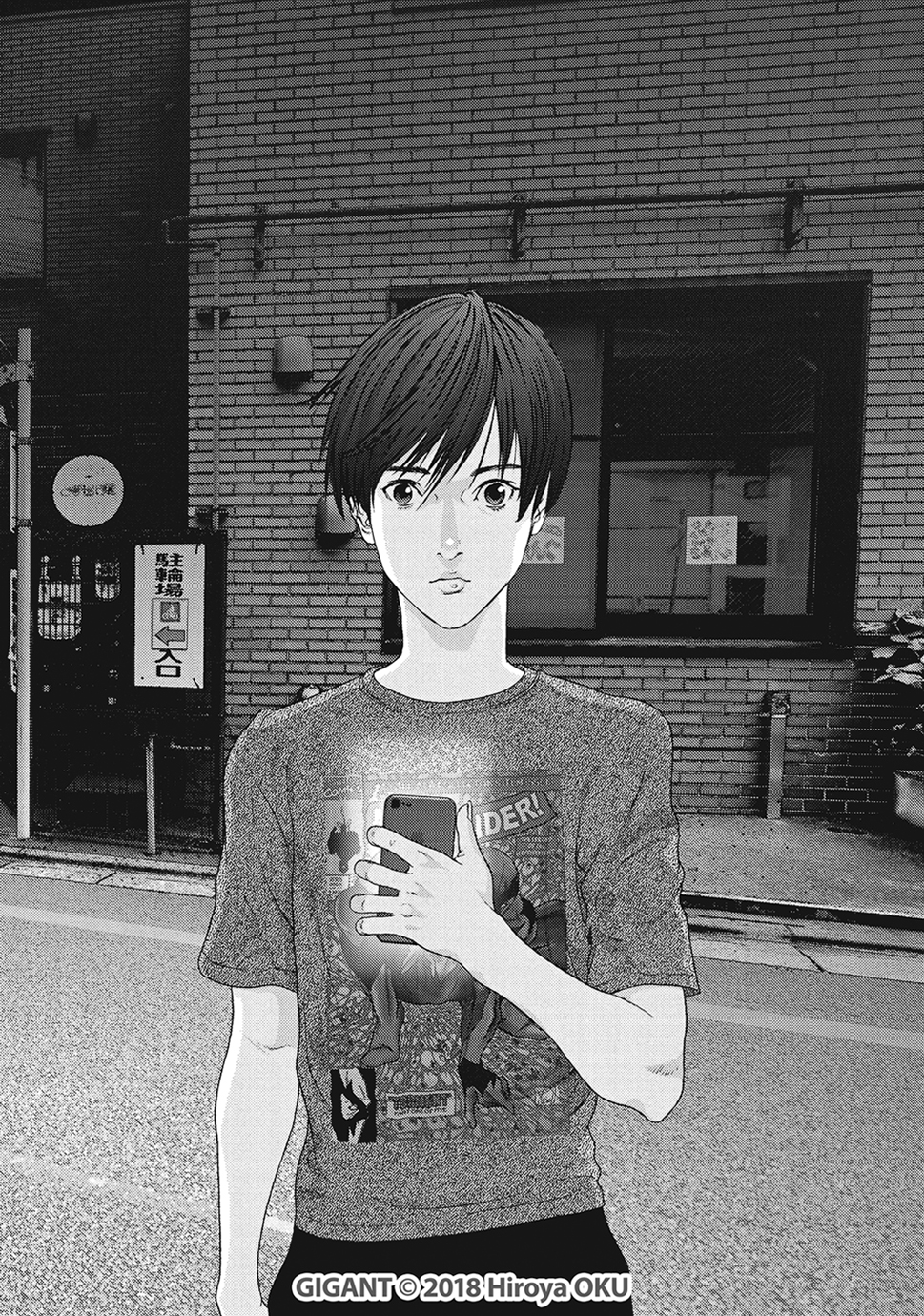 Gigant is all over the place when it comes to its first volume. It does a great job with setting up the world, as well as building the characters of Rei and Chiho. The layers of highs and lows for both of these characters are demonstrated well with their keen interests and failures, as both characters have their own share of hurdles to deal with. Rei’s desire to become a director is hindered by his poor book smarts, which puts a damper onto his hobbies and family relationship. Chiho, meanwhile, seems okay with her porn career, but having a family that depends too much on her and a boyfriend who beats her certainly adds layers of stress to her current standings. 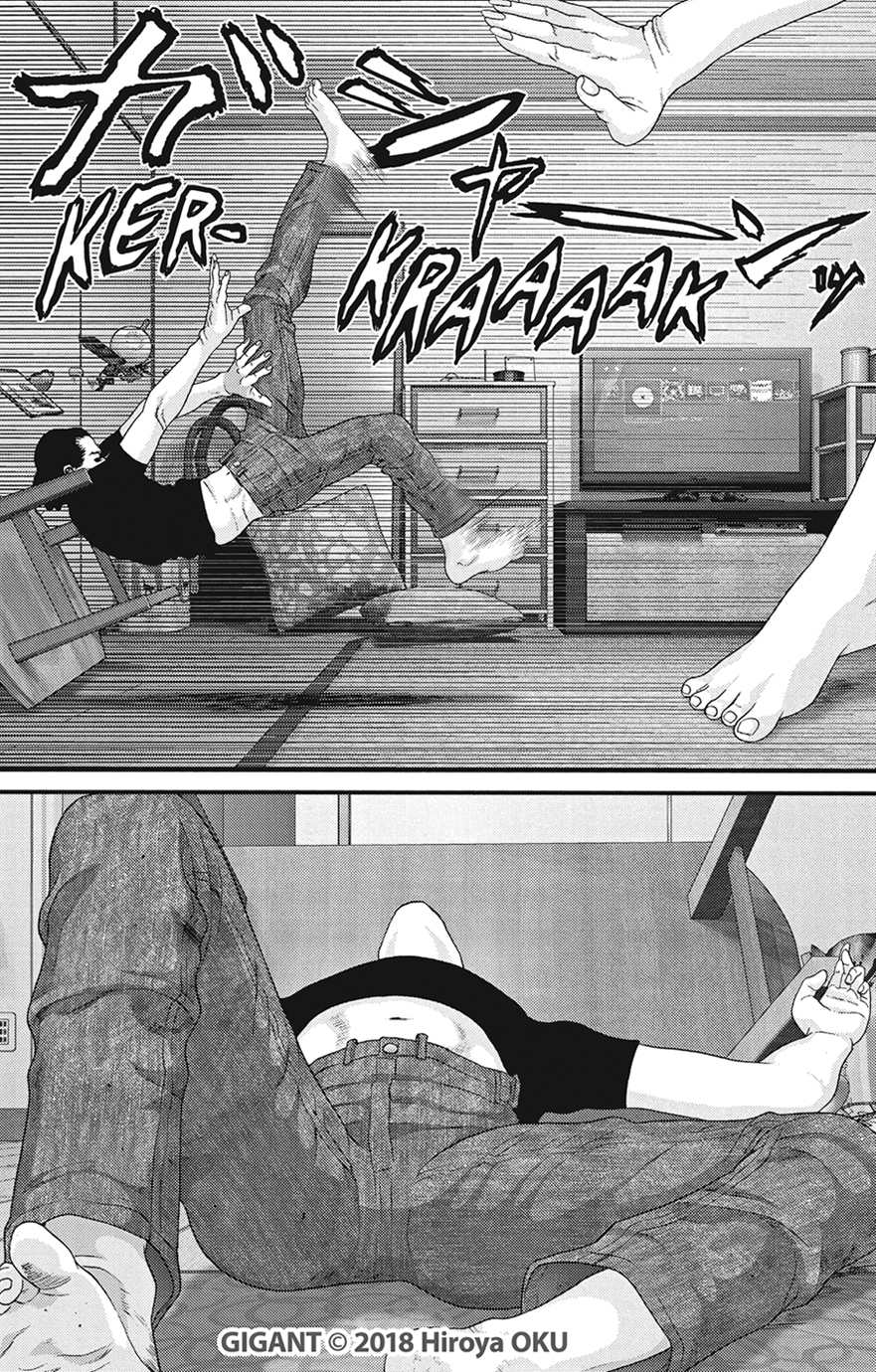 This now leads to where Oku aims to take Chiho’s new powers. The idea of a growing person can result in some big humor and major adventures, but we all know that’s not what he usually aims for (at least, not intentionally). Judging by how the first volume is set up, it feels apparent that this new ability could be the escape that Chiho’s been looking for. The addition of the mysterious website that seems to control weird events could also lead to a new lease on her and Rei’s life, even if it might bring the end of times.

Of course, there’s the confusion regarding the mysterious man who gave Chiho the powers. Why did he turn into a doll? Is he really front he future? What is on that 180-hour Blu-Ray that came with the device? Knowing Oku, these answers will take a long time to be answered, but it does add a certain flavoring of humor to the overall situation. 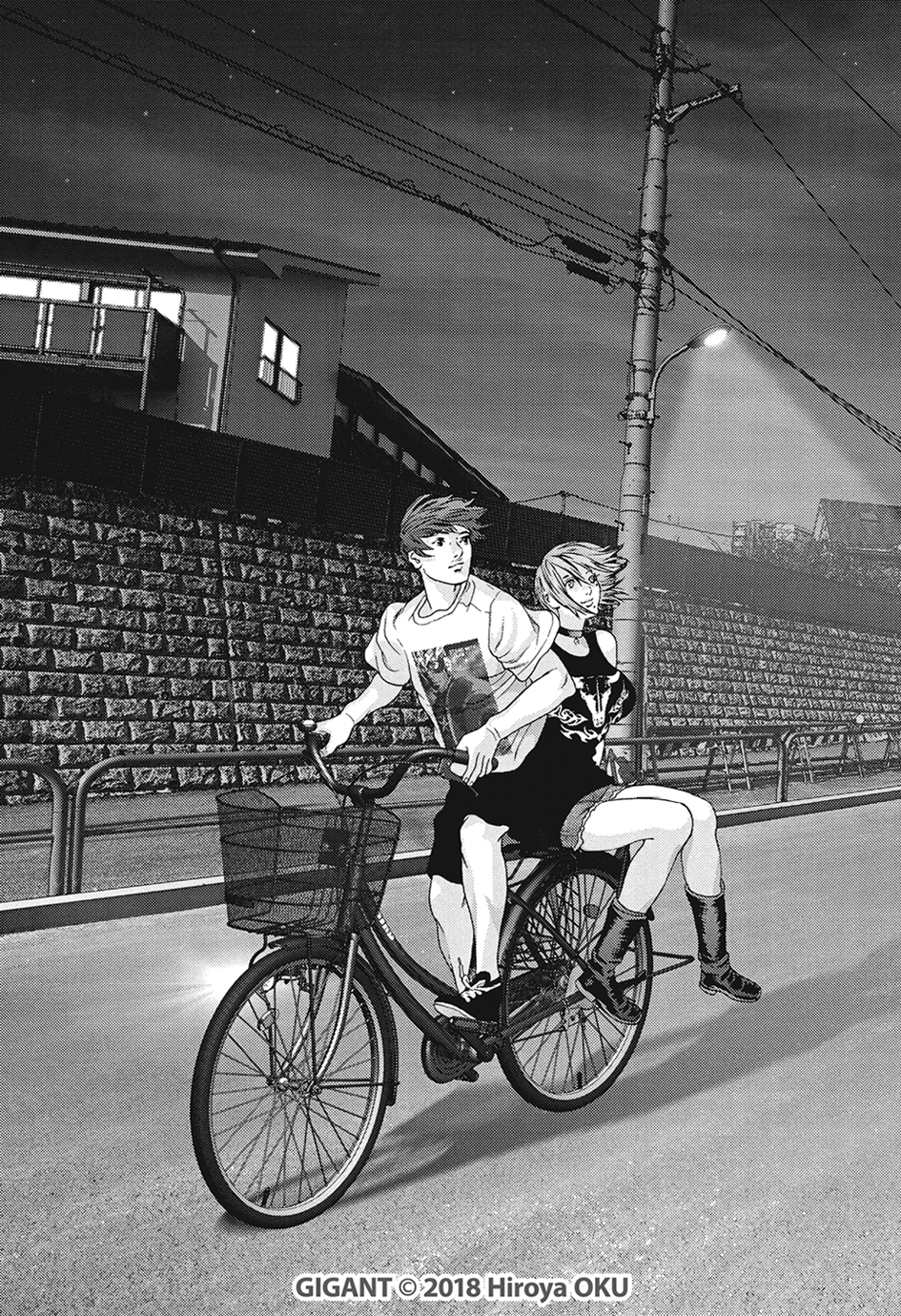 Visually, Gigant is gorgeous to look at. It has this realistic flavor to both the characters and the worlds (as evident by the first few pages), but there’s enough of a fantastical element that keeps it being good escapist material. When it comes to showing the ugly side of humanity (such as when Chiho is abused), it does so in an uncomfortable way that’ll jar any reader. However, it’s at its most visually stunning when it goes the grotesque route, especially when you see an entire city drenched in literal shit!

There are a couple of flaws with Gigant thus far, but it certainly makes for an enjoyable read. While there are a couple of scenes that’ll make certain readers who’ve experienced what Chiho went through uncomfortable, it appears that those moments could be gone when a certain person runs away with their tail between their legs. Gigant has some great potential, and the way it builds both the world and its two leads could hopefully result in a story that’s both shocking and — in some cases — endearing.

With that being said, can Oku stop ego-stroking himself at every opportune moment?!