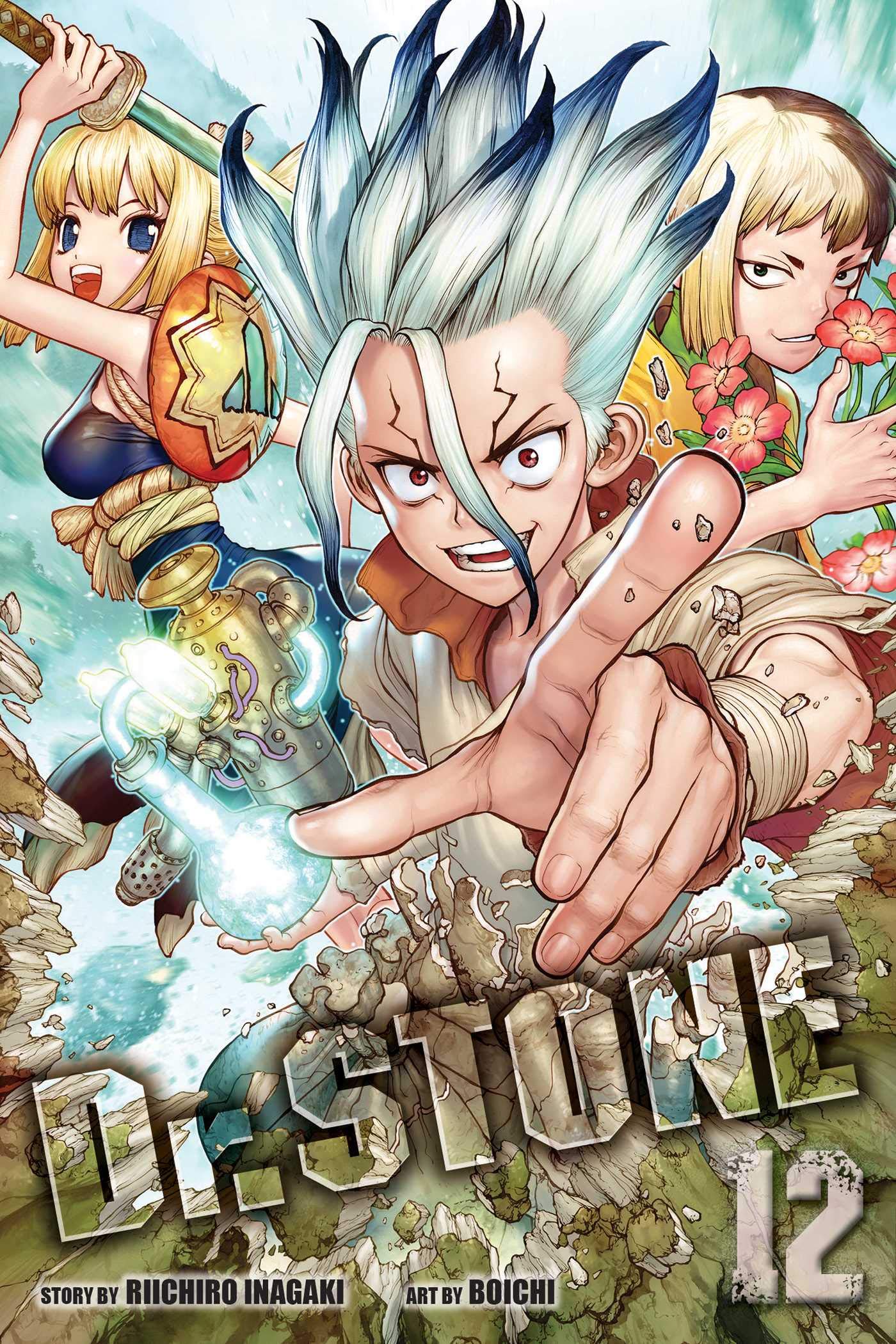 The mighty ocean that surrounds Ishigami Village holds many secrets, one of which is the origin of the world petrification incident. With the mastermind behind it all still alive — who is given the name Why Man — Senku and the Kingdom of Science set off to find them in order to bring the rest of the world back from its rocky slumber. To do that, they need a ship, which is exactly what’s on the table in the twelve volume of Dr. STONE.

Thanks to Ryusui’s neve-give-up attitude, he and the entire village spend nearly a year building a massive ship to take them onto the mysterious waters. With a crew picked out, the gang sets off towards the island where Senku’s father fell onto Earth thousands of years before. But when it’s revealed that the island may still be inhabited, the Kingdom of Science finds an opportune moment to increase their numbers and chances of success. Just one tiny problem: the leader of the island has the power to petrify! 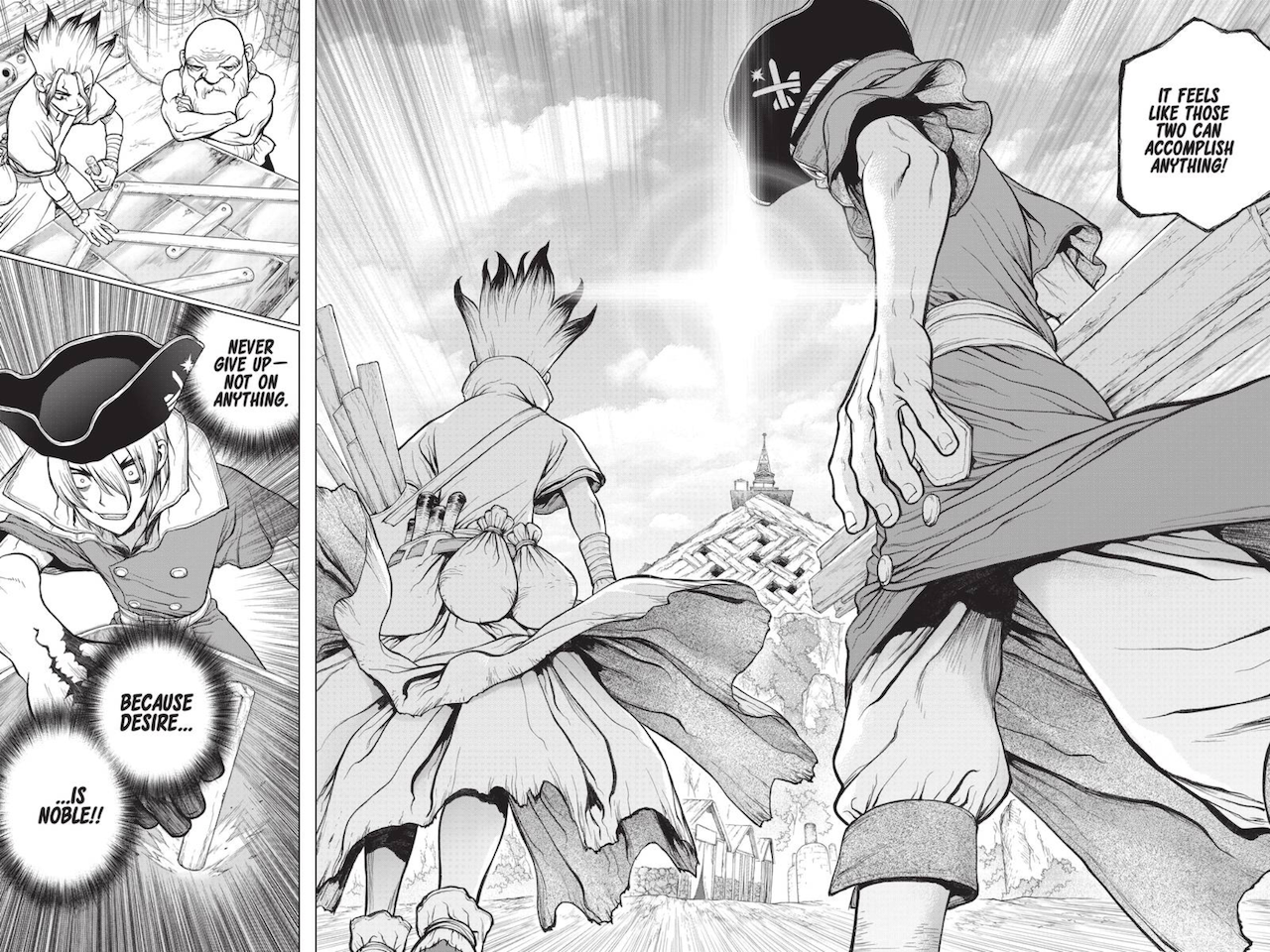 With a new journey ahead, Dr. STONE finds a way to bring some intense discoveries and plot twists along the way. Although the series has stuck well with keeping things scientifically accurate, it’s the petrification part currently that — at the moment — stays in the realm of fiction. In some ways, it’s understandable that a nonexistent device is responsible for all of this trouble; but it does take you out of the whole factual science-y bubble that Riichiro Inagaki and BOICHI have spent practically the manga’s entire run building. It’s not a bad thing per se, but it removes the educational part of edutainment from the manga’s equation.

Despite that little hiccup (which may grow depending on how the rest of the manga goes at this point), the story is still told with such excitement and grace. The importance of learning is ever-so present throughout the twelfth volume, as new (re)inventions are brought back to the Stone World that electrifies the essence of Ishigami Island. From the massive ship to something so simple as asphalt, the return of these current world necessities give way to bewilderment from the islanders and a glimmer of hope that Senku will keep to his word. 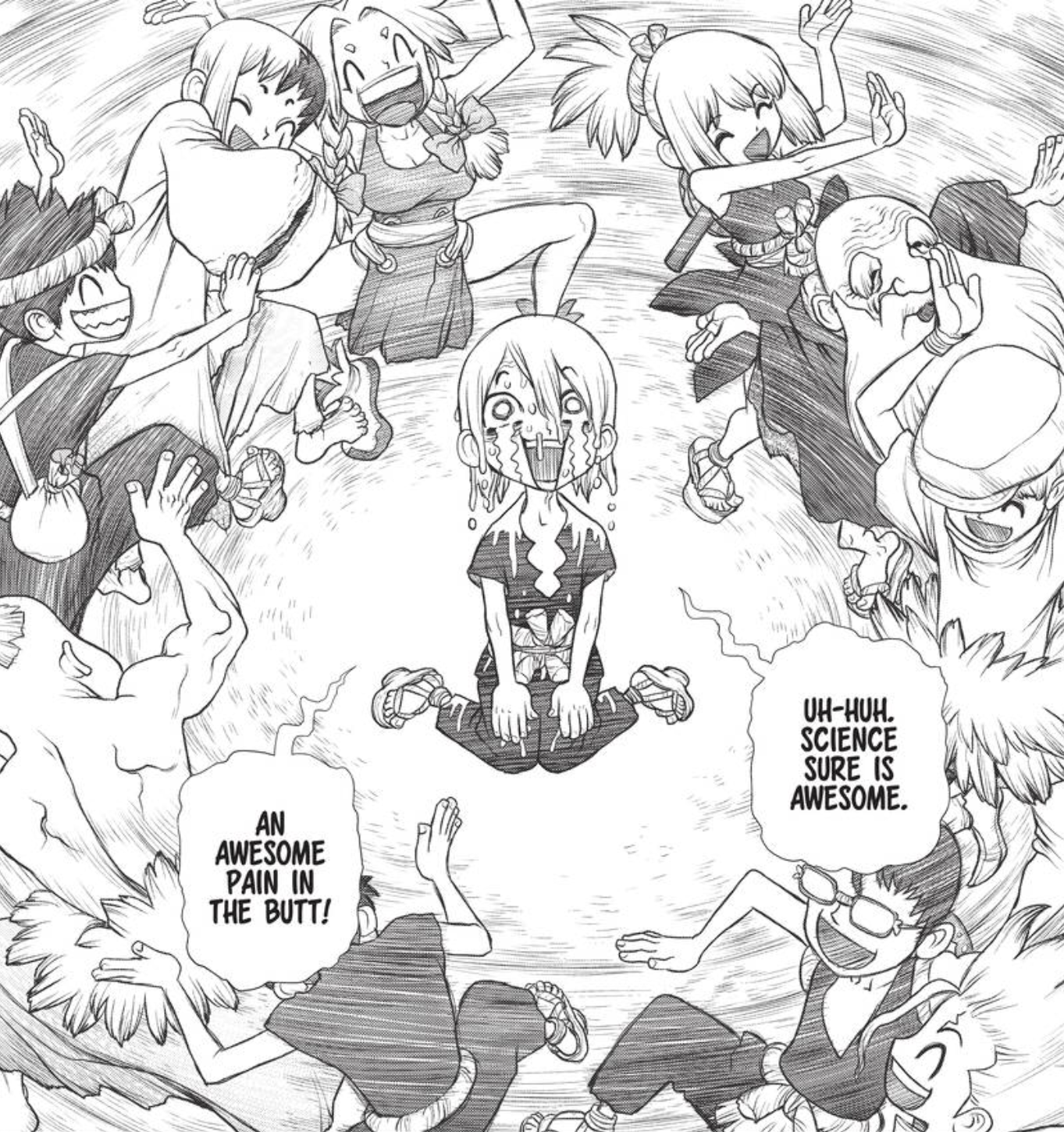 Its humor is also still on its A-game, with the chapter involving the Photo Journal brimming with the manga’s trademark comedy. The commentary from the islanders mixes wow factors with silly jabs that keep the laughs coming, with Kohaku’s energetic persona stealing the spotlight in every picture (well, what of we can see of Kohaku, that is). There’s also the introduction of Amaryllis of the treasured island that pokes fun of the mannerisms of a beauty with great power. How Senku reacts to her faux lovey dovey ways not only brings a grimace to her face, but also a chuckle to anyone reading along.

Volume Twelve of Dr. STONE ends things with heck of a cliffhanger, as most of the crew are left in danger. As usual though, Inagaki and BOICHI know how to make sure their audiences stay put for what’s to come. Whether or not Senku can succeed i n finding out how the petrification works remains to be seen. But if anyone’s willing to bet against Dr. STONE’s sheer power of wonderment, the end result will leave any doubter bankrupt by the end of their final roll. With a big reveal just around the corner, readers should most certainly keep their excitement flowing until the next volume drops! 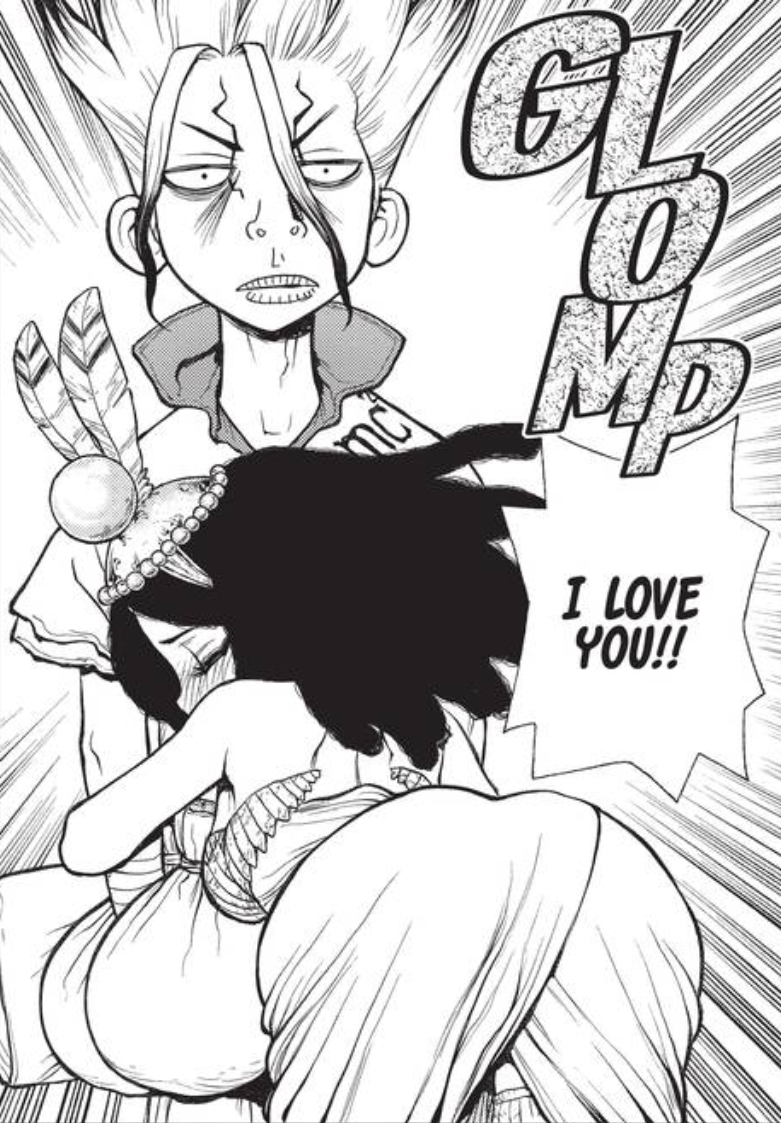