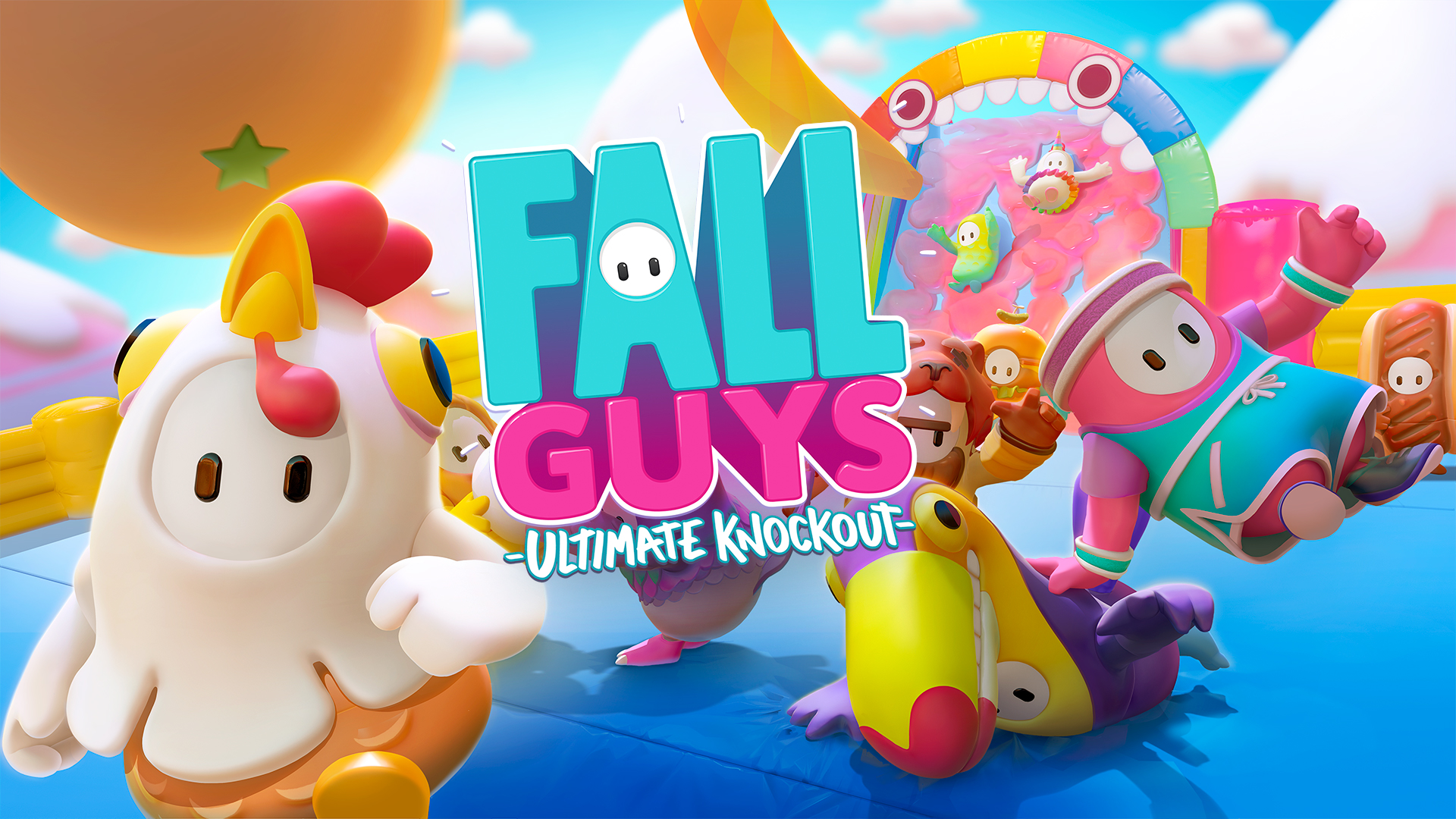 Back in high school, my Saturday nights were set aside for the best show on television: Spike TV’s MXC: Most Extreme Elimination Challenge. A dubbed version of the iconic Japanese show Takeshi’s Castle, the series had people in zany costumes going through rounds of the most painfully funny obstacles around. While there have been many imitators of this show, none have ever gotten close to emulating the magic and mayhem of MXC. Mediatonic and Devolver Digital’s Fall Guys: Ultimate Knockout, on the other hand, not only gets the tone of Takeshi’s Castle right, but does so with a dose of love and insanity.

An online competitive game, Fall Guys has up to 60 players competing in various rounds that range from races and tag to team battles. As the rounds go on, players get chipped away one after another, until one is left standing at the top. The survival instinct of “every man for themselves” plays heavily into the strategy of these games, as you jump, dive, and grab onto opponents in order to climb the ladder towards the top. All of it is presented in bright colors, with every player a fat blobby weeble that wobbles through the mayhem! 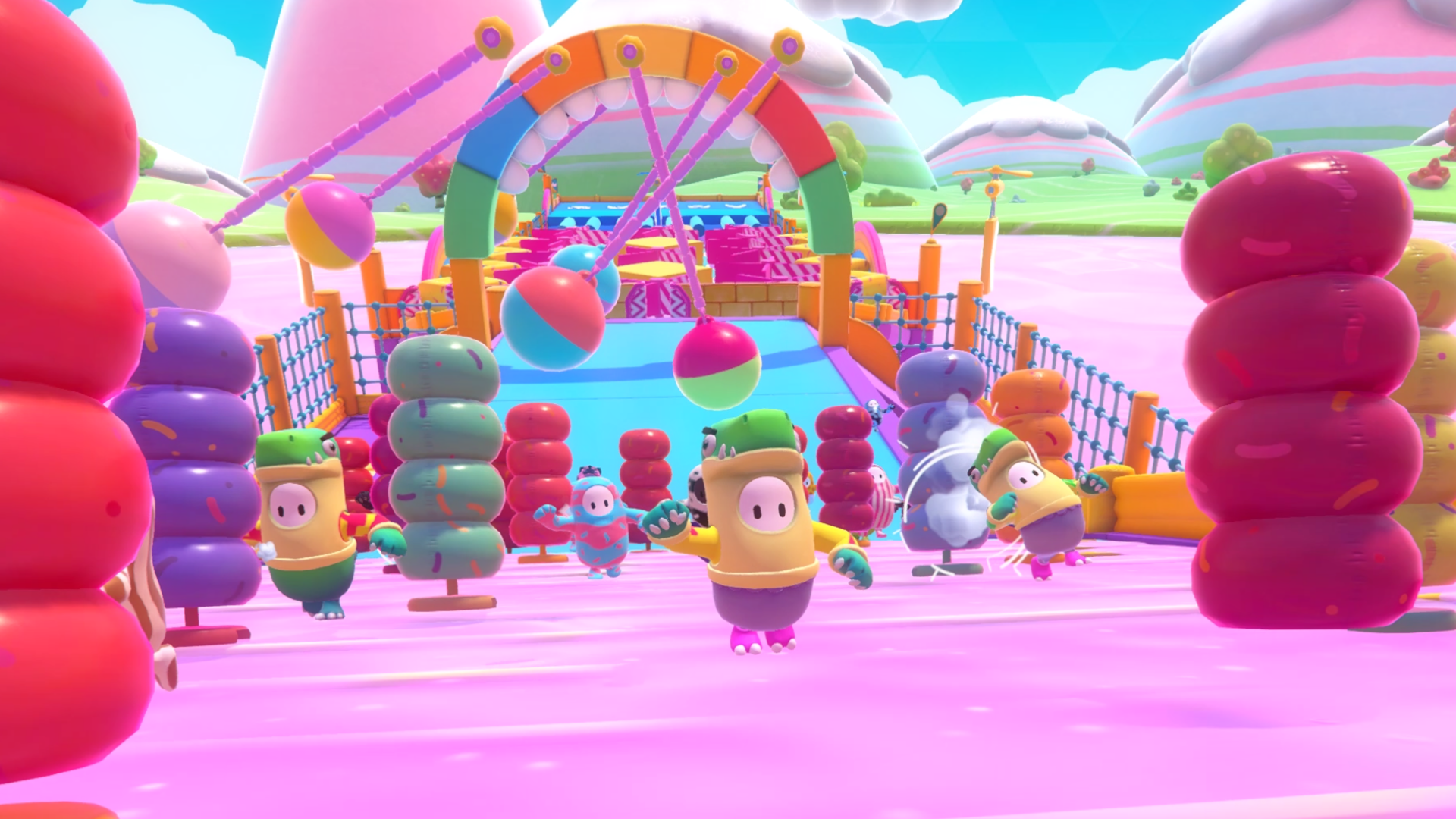 It’s hard to nail down a strategy when playing Mediatonic’s online title, as you are dealing with dozens of others who are trying to work in their own way of winning. This causes a plethora of chaos in these stages, as everyone trips over one another and deals heavy blows towards making your way to the top of the mountain. The races are a great example of this, with Dizzy Heights and Door Dash demonstrating how one person falling over themselves can result in everyone behind them crashing and falling. Attempting to get into the game’s groove is nearly-impossible, which is exactly the tone Fall Guys has set for its combatants.

This game is pure insanity, and that’s a big part of the charm that Mediatonic has injected into its bloodstream. And yet, even when you are dealt with a loss, there’s this feeling of wanting to just jump back in and trying again. Whether you try to survive not falling in Jump Club or zig-zagging across in the anxiety-creating Tip Toe, there’s this underlying feeling of joy that Fall Guys delivers in every game. Even that damn dreaded Slime Climb (which I’ve yet to succeed at) offers a silly tone that makes you unable to hate it. You simply laugh, just as you would when you see a contestant in Takeshi’s Castle fall face-first into a mud pile.

That feeling is what makes this online battle royale game one-up competitors like Fortnite and Apex Legends. If anything, it’s very similar in tone to Tetris 99, where anybody has a chance to claim the crown. A player can reach the top of the summit in one game, only to be eliminated in the first round the next time over. While a person could certainly attempt a strategy, it won’t help when others attempt the same thing and clog up the path like the arteries of a McDonald’s regular. Anyone can be a winner, and that aspect is what makes it easy to just jump into games one after another.

Of course, not everything about Fall Guys: Ultimate Knockout is a winner. There are a couple of team games that drag a lot while playing. I grew weary whenever Hoarders would be thrusted upon me, and the same can be said about its Rocket League-inspired Fall Ball. These titles are at its worst when the teams are not evenly paired up, with some of my instances having at least two more members on the opposing teams against our tiny numbers. (Hopefully, an update can fix this unfair disadvantage.) 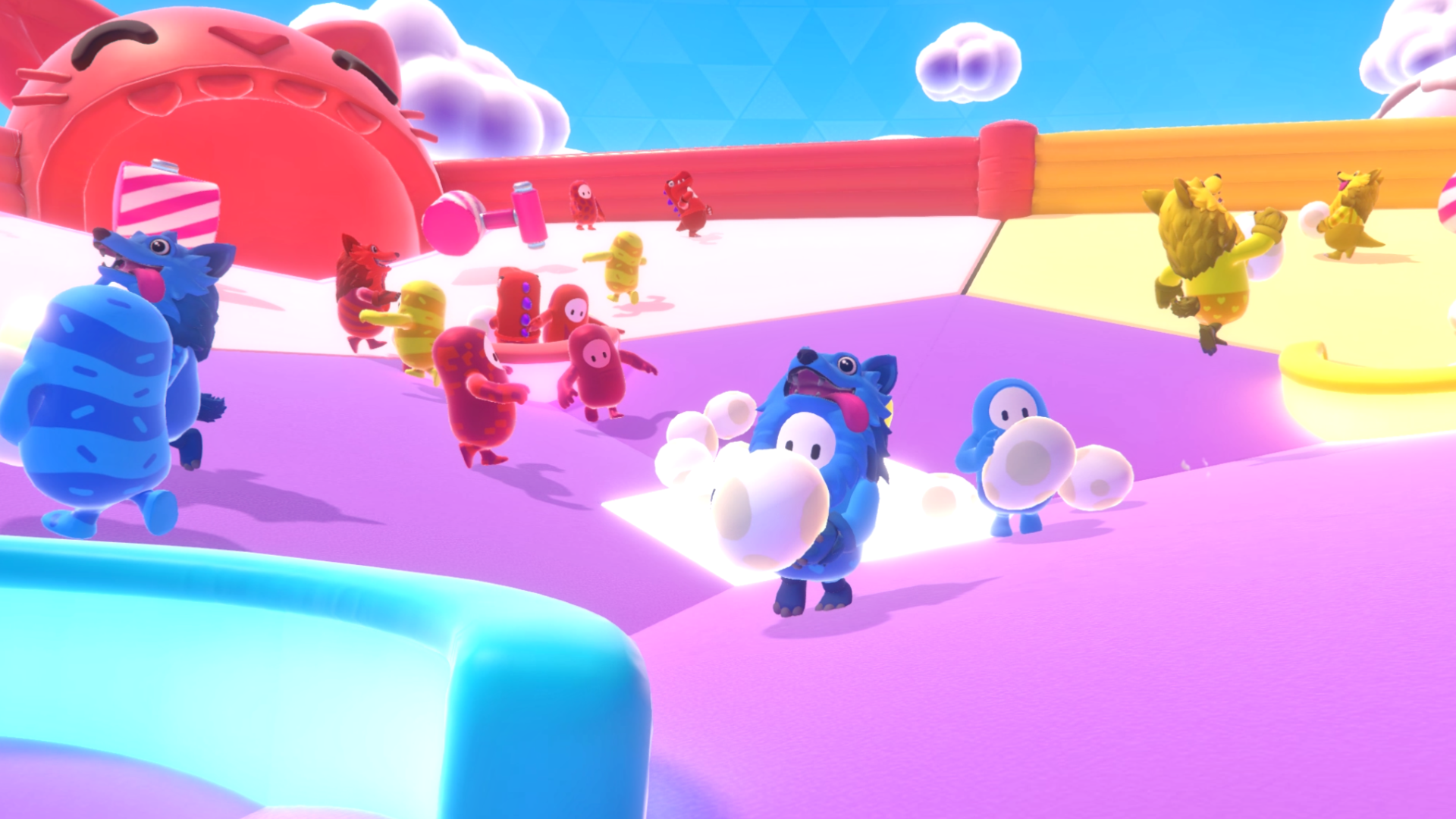 Thankfully, there are some very good team-based rounds. Rock ‘N’ Roll is the most fun, as teammates roll a ball through an obstacle course. It gets even trickier when opposing teams enter your area and attempt to thwart your plans of victory. The team version of Tail Tag also is a fun-yet-nail-biting round that has you try to evade others while crossing your fingers that your other teammates succeed in grabbing & keeping their tails. Even Egg Scramble has some great moments, especially when you are playing keep away from pesky foes trying to steal from your nest.

Visually, Fall Guys is cartoonish and the right amount of adorable. The look of these bulbous competitors makes you wanna hug them & squeeze them like you’re Elmira in Tiny Toon Adventures. It’s the perfect look to ease any loss, as you are hypnotized by the cuteness that fills both the characters and worlds that you’ll be competing in. Also on-par is its catchy soundtrack, dealing out a dosage of sweetness whilst sprinkling a level of intensity during some of the more tougher rounds. 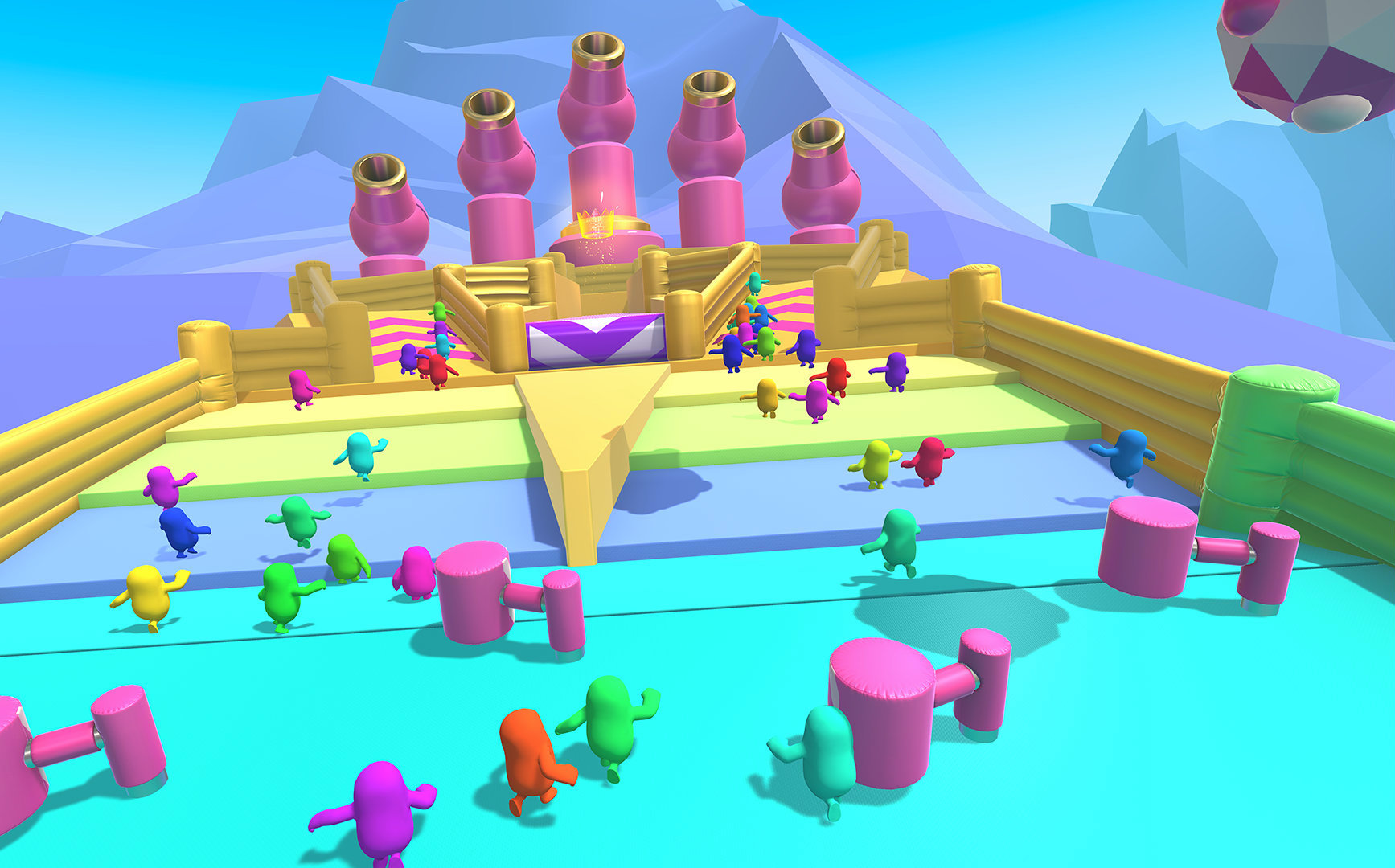 While there are micro-transactions, I found it pretty easy to earn enough coin for the various amounts of costumes the game rotates throughout each day. With that being said, I can understand how enticing it would be to just get that Chicken Head immediately. When it comes to the cosmetics, deal with them in your discretion. (Fortunately, there are no pay-to-win mechanics, as that would go against what Fall Guys stands for in the online battle royale realm.)

Fall Guys: Ultimate Knockout is as competitive as it is hilarious. While a couple of games can be a grind to get through, the majority of what’s offered is both wicked fun and extremely challenging. Even if you are greeted with one loss after another, there’s no way Fall Guys will wipe grins off any gamers’ faces.

Reviewed on the PS4