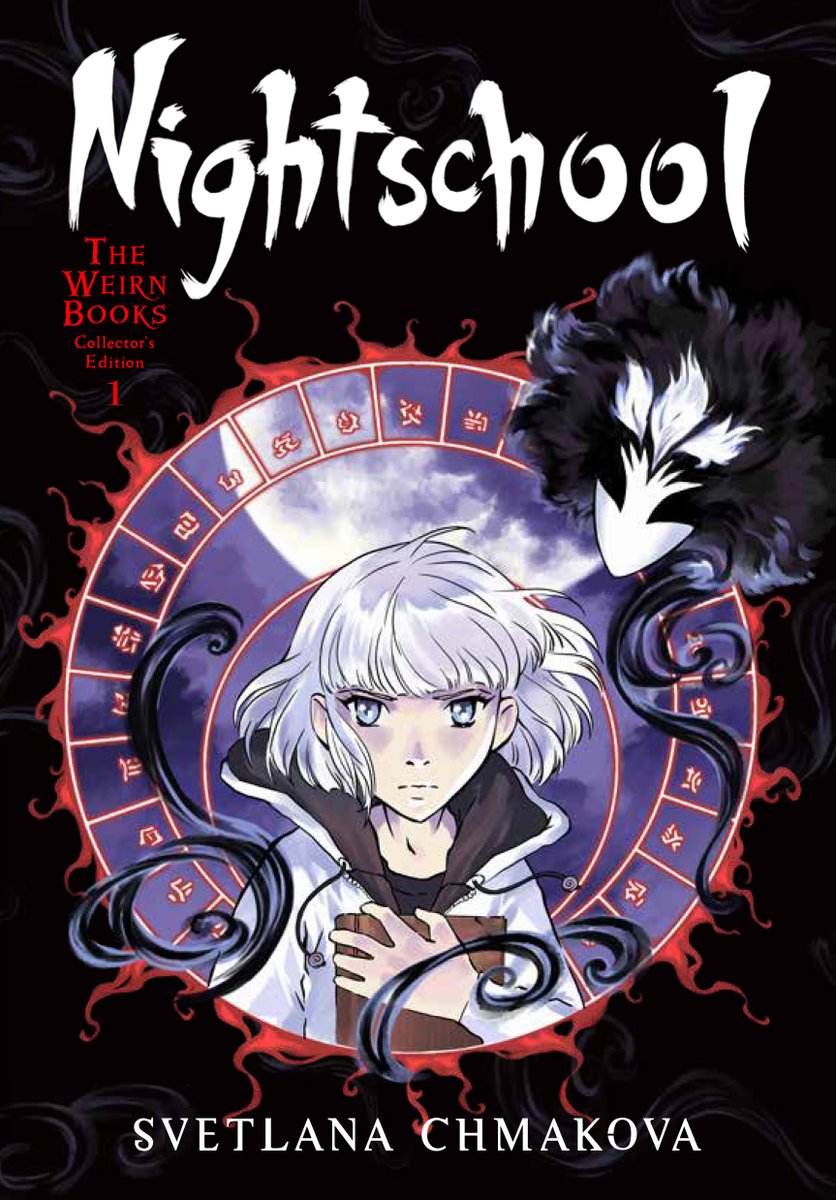 Released a decade ago, Svetlana Chmakova’s Nightschool was considered an in-between gateway comic to the world of Japanese manga. Borrowing visual styles and character development from the likes of CLAMP, Chmakova crafted a magical world that was as fun as it was mystifying. (Recently, she’s returned to this world in her new series The Weirn Books.) After ten years since its debut, just how well has Nightschool aged?

In a world filled with vampires, werewolves, and special witches known as weirns, students learn the tricks of magical trade in a place known as Nightschool. Here, the finest wielders of spells come to master their deity-given powers. But not everything is hunky dory in these hallways, with those who use magic for evil lurking everywhere. Enter Alex, a young homeschooled weirn who enters Nightschool to search for her missing sister Sarah. And her entrance to this school is right at the nick of time.

As Alex gets closer to discovering the truth, the magic world behind the scenes is thrown into chaos. A mysterious ailment is causing students to pass out and transform their skin to one with a sandpaper feel to it. There’s also an ominous vision that’s playing in some students’ heads, where cloaked figures stand over the bodies of thousands of corpses. The deeper the students go to unlock the truth, the more uncomfortable the situations they encounter become.

Chmakova does a wonderful job with world-building, as evident by how deep she’s created the lore of these characters. Despite the lack of any explanations of how this world works, how Nightschool is presented is in a veil of common sense. You feel like you’ve roamed a world like this for your entire life, so the need for any sort of questioning about the who’s, what’s, how’s, and why’s of this universe isn’t necessary. It’s a good quality to have a storytelling element that needs no introduction, something that Chmakova has mastered throughout her career.

One of the kinds of characters that stand out most are the Astrals. These mystical creatures are both mysterious and filled with whimsy. Although there have been many a familiar created in literature, these Astrals carry a warmth and mischievous attitude behind its dark exterior. In a way, they act in a very Neil Gaiman-ish manner that makes them both dark and adorable to witness in action. (How Alex’s Astral creates wings during a dangerous test is one of the most gorgeous moments in this omnibus, which collects the first two volumes of the series.)

Visually, Nightschool can be a mixed bag. On one hand, the backgrounds, settings, and creatures are simply gorgeous, with Chmakova delivering one imaginative drawing after the next. However, on the other hand, the human character can look a tad odd at times. While she does a decent job emulating the manga style, characters’ faces can seem weird and slightly off-putting. This is very evident in the design of their eyes, which can seem to be spaced too far apart in strange ways. (Thankfully, her character designs have gotten better over the years, especially with her recent series.)

However, it’s during the action sequences where the art truly shines. Be it in practice brawls or in life-or-death fights, the movement of the characters is wonderful to behold. Whether in a serious or comical light, these parts showcase the strengths of Chmakova as an artist overall. When things calm down for a laugh, the exaggerated look of the characters can be very snicker-inducing, borrowing a bit from gag manga and the sillier parts of the shojo genre.

There are parts of Nightschool that have shown its age, but it’s still an entertaining read nonetheless. Those who are new to Chmakova’s world will find it easy to dive into; meanwhile, the re-visitors will certainly have fond memories of her older works. If you come to be enchanted, then this series will no doubt do its job with ease. Despite how it is presented in the comic, enrollment in Nightschool is easy as pie (or, in the case of a certain Astral, cookies).