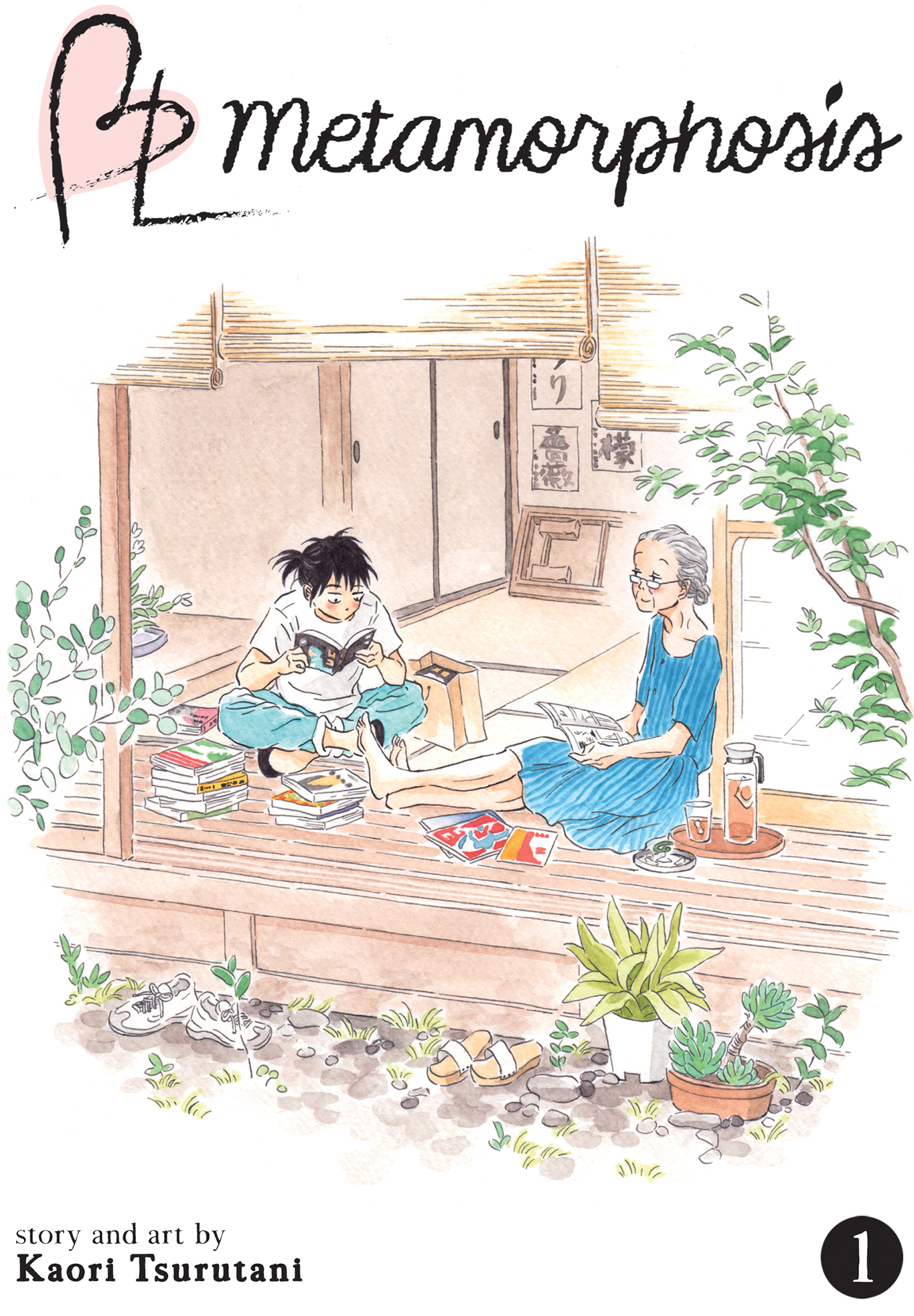 Peculiar friendships can arise from common interests. Hobbies, activities, and entertainment can bring people together in the most unique ways. Even with massive age gaps, something special can be forged with enough dialogue and the want to make a connection. Such is the case of our two main characters in Kaori Tsurutani’s new series BL Metamorphosis, which brings two folks of different eras to form a friendship over a special kind of manga.

Seventy-five year-old Ichinoi has lived a long and prosperous life. But since her husband passed away, the days go by in the most mundane ways. That’s when a visit to a book store as Ichinoi has her introduced to the world of boys-love manga, with the shop’s worker Urara wondering why an old lady would buy such a book. After diving head-first into the genre, Ichinoi seeks to find out more, leading the socially awkward Urara to make the most unlikely friend in the process. 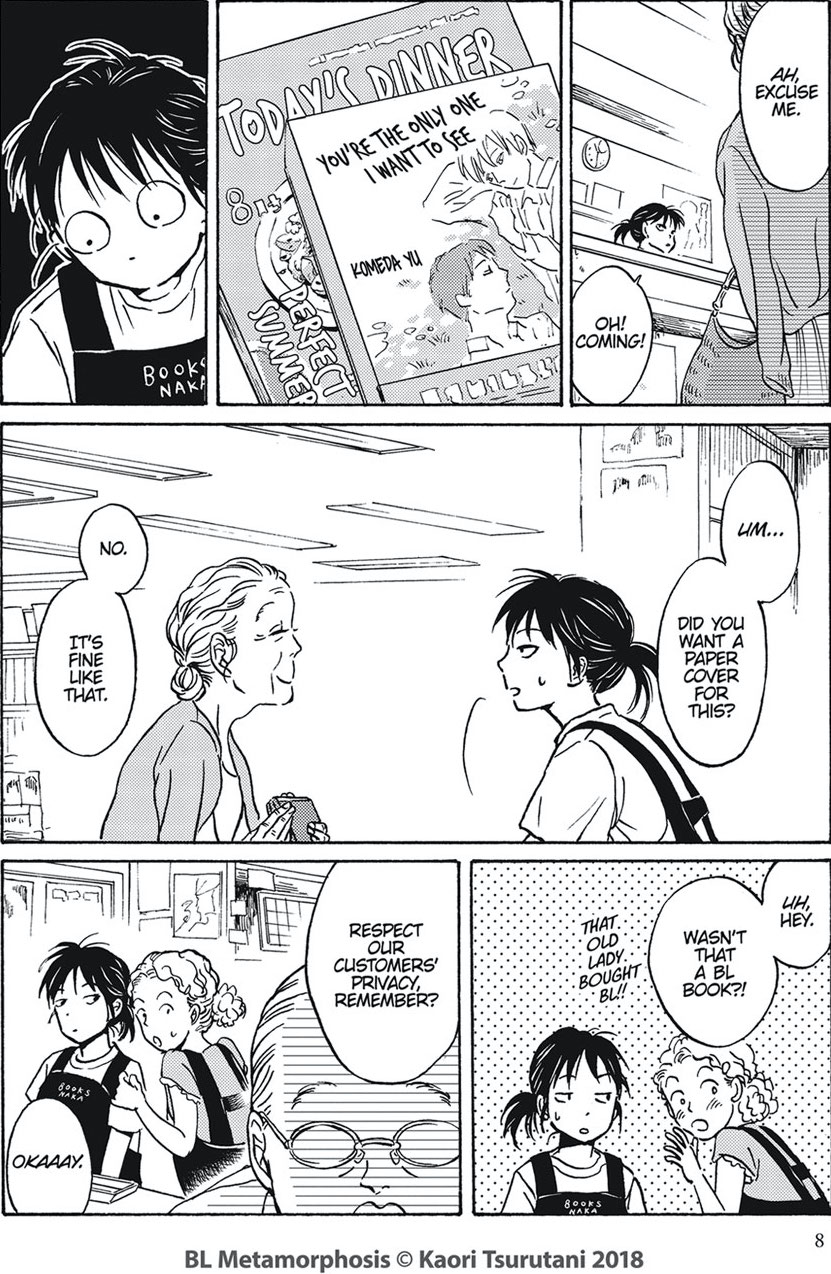 BL Metamorphosis takes its time with setting the stage, as it gives readers an impression of what Ichinoi’s life is like. As soon as she’s sucked into the world of BL, her horizons open up to a new form of entertainment that she didn’t know existed. The addition of Urara gives Ichinoi someone who can both safely guide her through the world, all the while expanding her reach on the genre with little fear. How Urara warns her of certain content is endearing, but it brings it towards a humorous visual of Ichinoi reading through a BL love scene without a care in the world.

The humor in this manga is a lot more subtle than laugh-out-loud. Certainly, there’s a more cute tone rather than a goofy one, as Tsurutani attempts to bring a more real feeling to her creation rather than a cartoonish one. Ichinoi’s mannerisms and attitude is one that has seen her fair share of the world, whereas Urara’s introverted persona showcases a girl who’s yet to truly experience anything. This friendship that blossoms between these two women of two different generations dishes out a sweet kind of feeling, as they bond over boys-love manga. 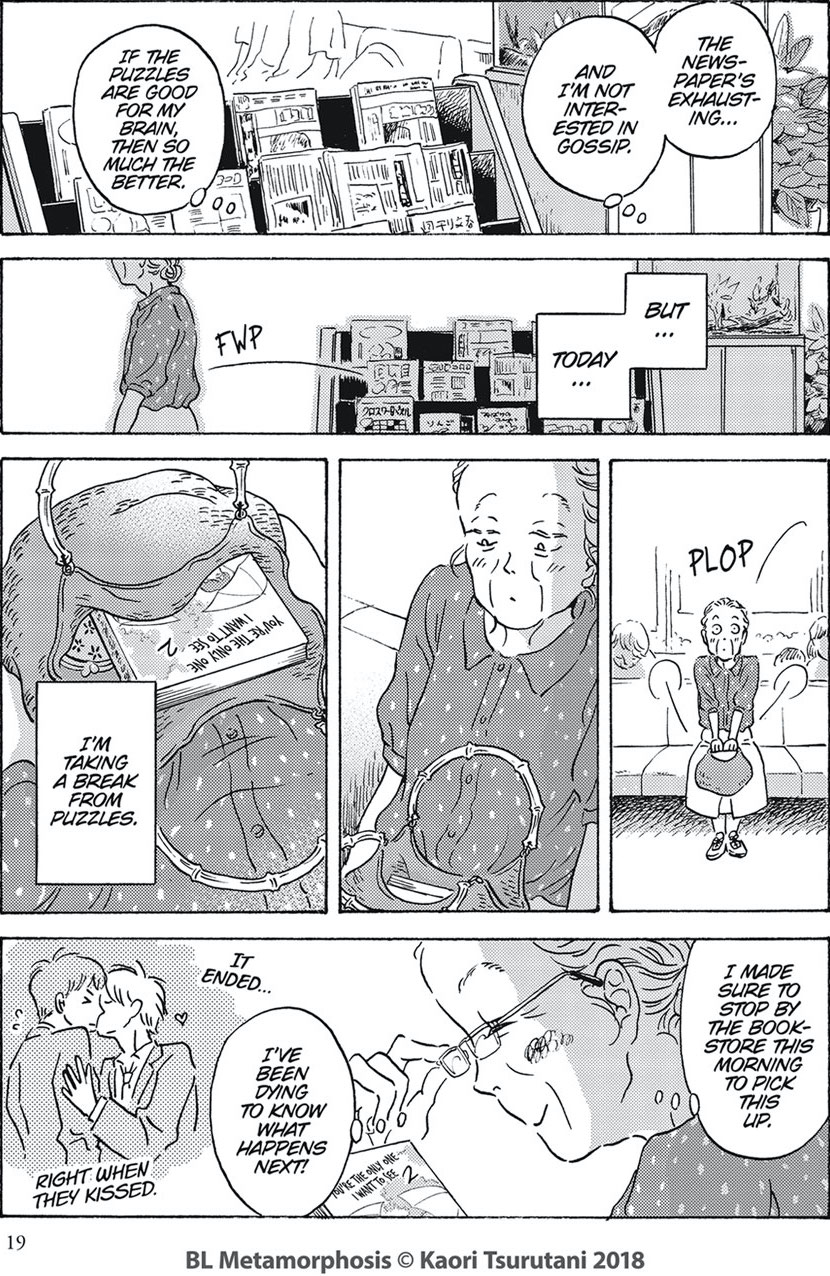 Artistically, the visuals of BL Metamorphosis feel more Westernized than anything from Japan. In a way, it’s somewhat pleasing to the eyes. While not eye-catching, there’s a simplistic charm to what Tsurutani has drawn in her manga. If anything, the look does it’s best to not overshadow the story it aims to tell. Oddly enough, it’s when we see pages of the “You’re the One I Want to See” manga where things are richly detailed, giving Ichinoi the kind of eye candy she needs to have her dive far deeper into the genre.

Volume One of BL Metamorphosis builds a solid friendship between Urara and Ichinoi. Where the story and bond will go outside of their love of BL manga remains to be seen, but hopefully we’ll see more character evolutions as the narrative continues. It’ll be interesting to see how the friends on either side react to the other newfound friend, as well as their common hobby. All in all, BL Metamorphosis starts off strong, even if its visuals aren’t the most robust part of its presentation. 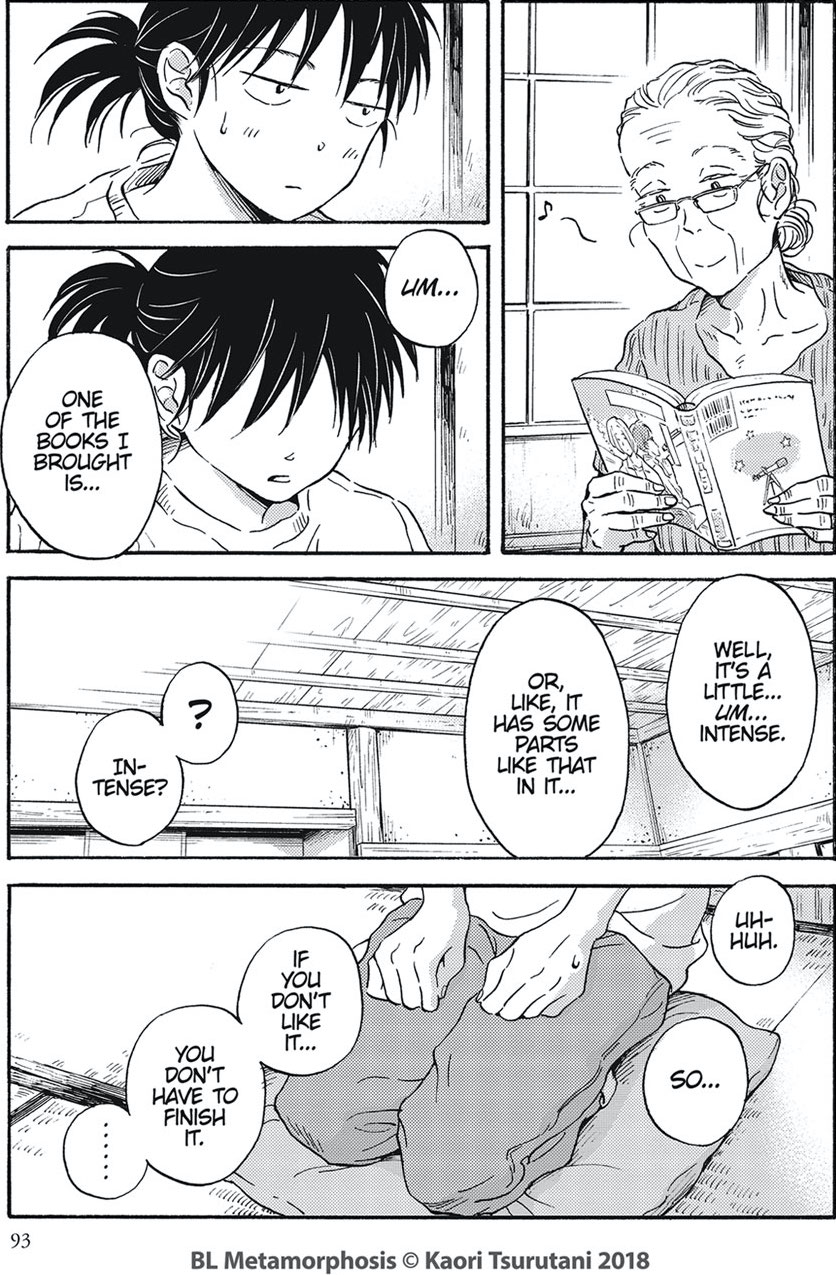