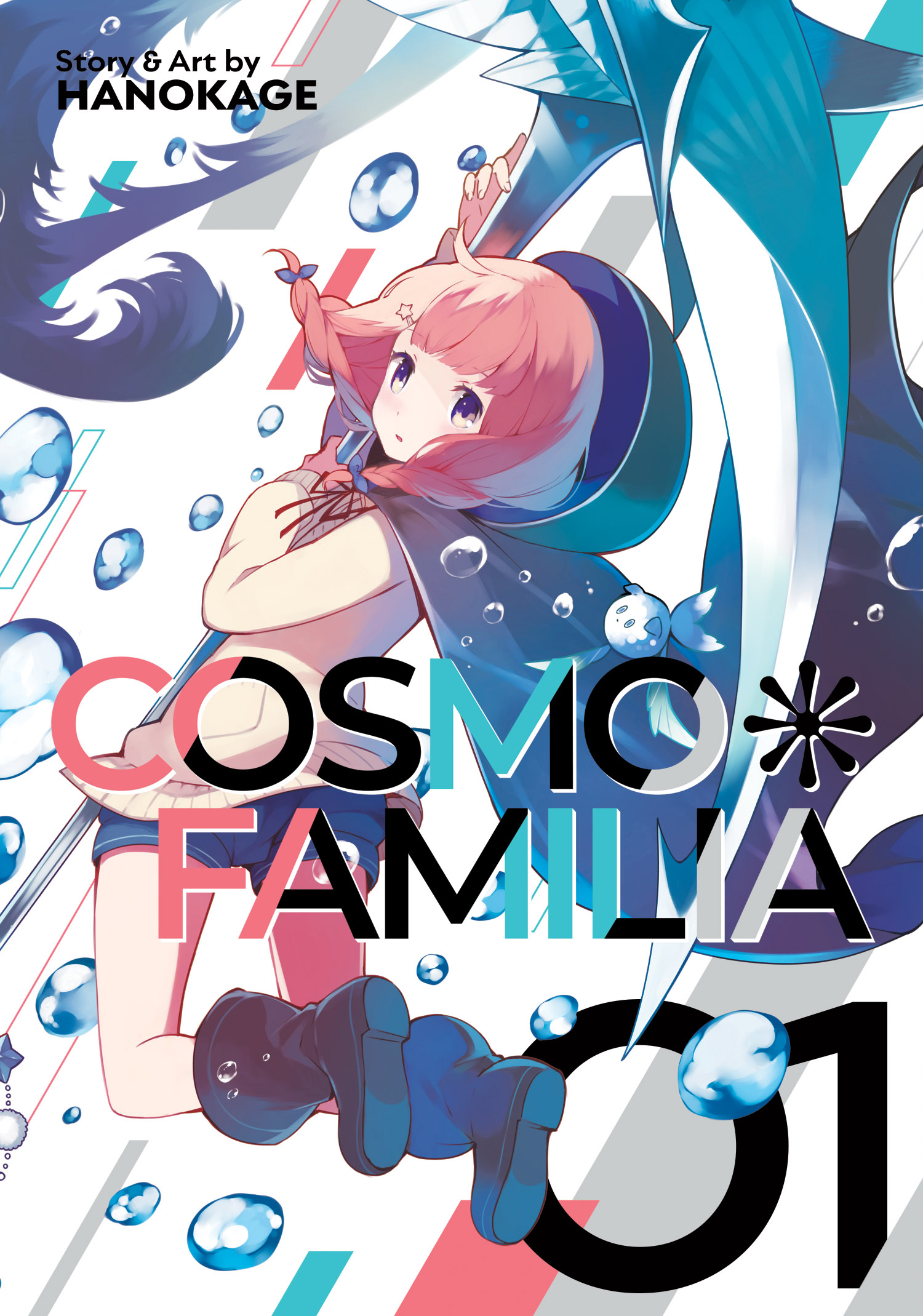 In most magical girl anime, the heroines become as tightly knit as a family. They bear responsibilities, fight epic battles, and confide in ways that make their friendships go one step further. So it’s somewhat surprising that the concept of a legit magical girl family has rarely been brought to life, with the exception of White Fox’s anime Matoi the Sacred Slayer. Leave it to Puella Magi Madoka Magica manga artist Hanokage to bring forth such a plot device in their original work Cosmo Familia.

At the age of sixteen, Amakawa Alice finds herself in a bit of a pickle. Her family has disappeared on a mission six years ago, she’s told to keep watch of her house, and — worse — the world is being bombarded by strange creatures known as Cosmofs. However, as the Cosmofs were considered a pet of the Amakawa Family, the world puts the blame on their shoulders for why things are the way they are. As Alice continues to hope for her family’s return, a mysterious group infiltrates their home and destroys it. 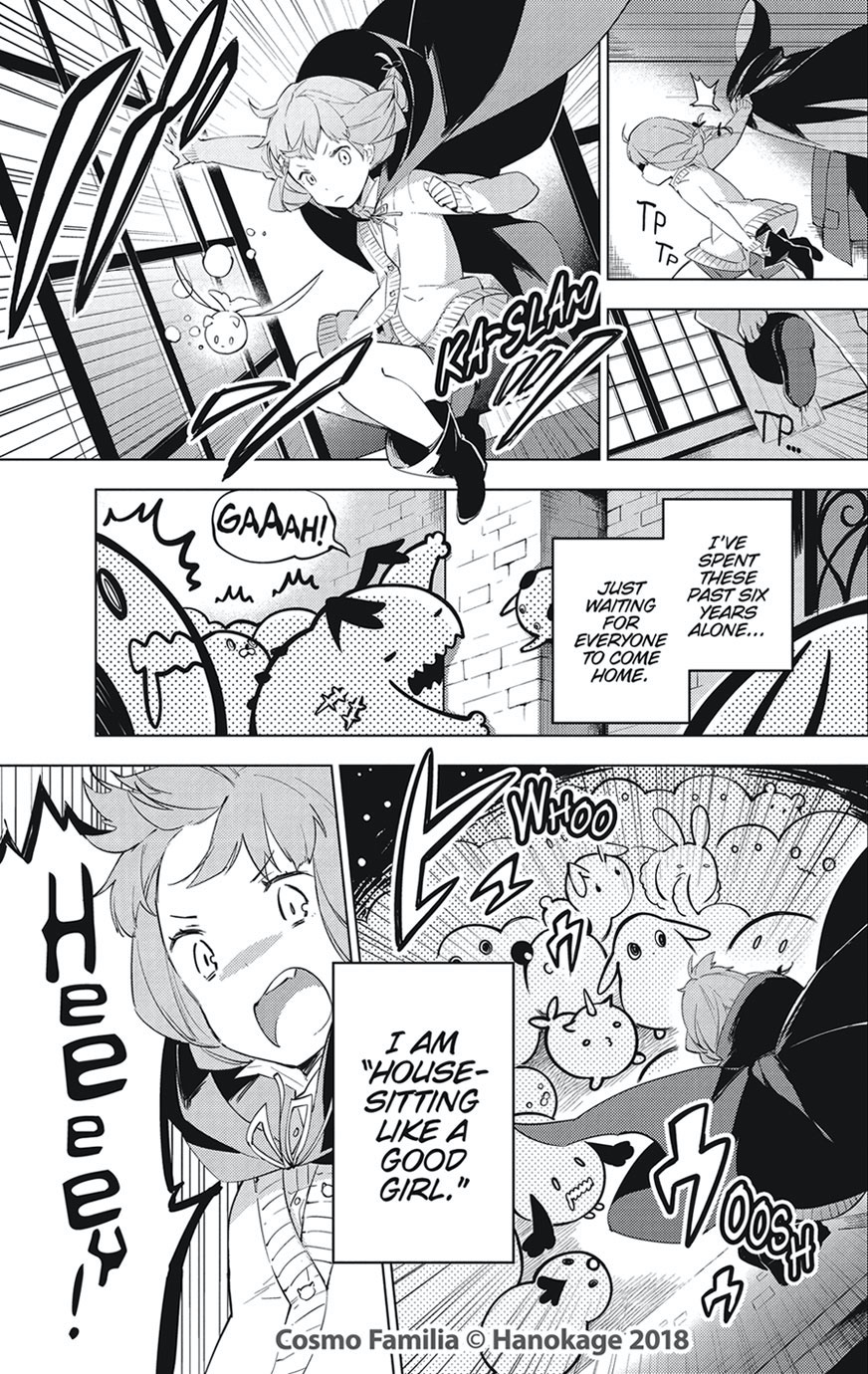 The mysterious group known as Nix is out searching for Alice’s mother Raika, whom they wish to press charges for the chaos brought to their world. But when Raika and her servant Imori appear in the knick of time, many questions begin flowing through Alice’s mind. However, a trip down the an old well brings Alice face-to-face with the person she’s been searching for the most. Just one slight problem: her mother appears to be twenty years younger.

Cosmo Familia does a wonderful job with crafting its massive world right at the start of things. The Cosmofs creatures appear to be more adorable and less threatening versions of the witches seen in Madoka Magica, with something of a Sanrio-like flavoring to their exterior. How Alice deals with her missing family is both a mixture of comedy and tragedy, with her taking their absence in both stride and heartache. And it’s very apparent that the citizens hold a grudge against Raika, somewhat taking out their frustrations on Alice in the most minimal ways possible. 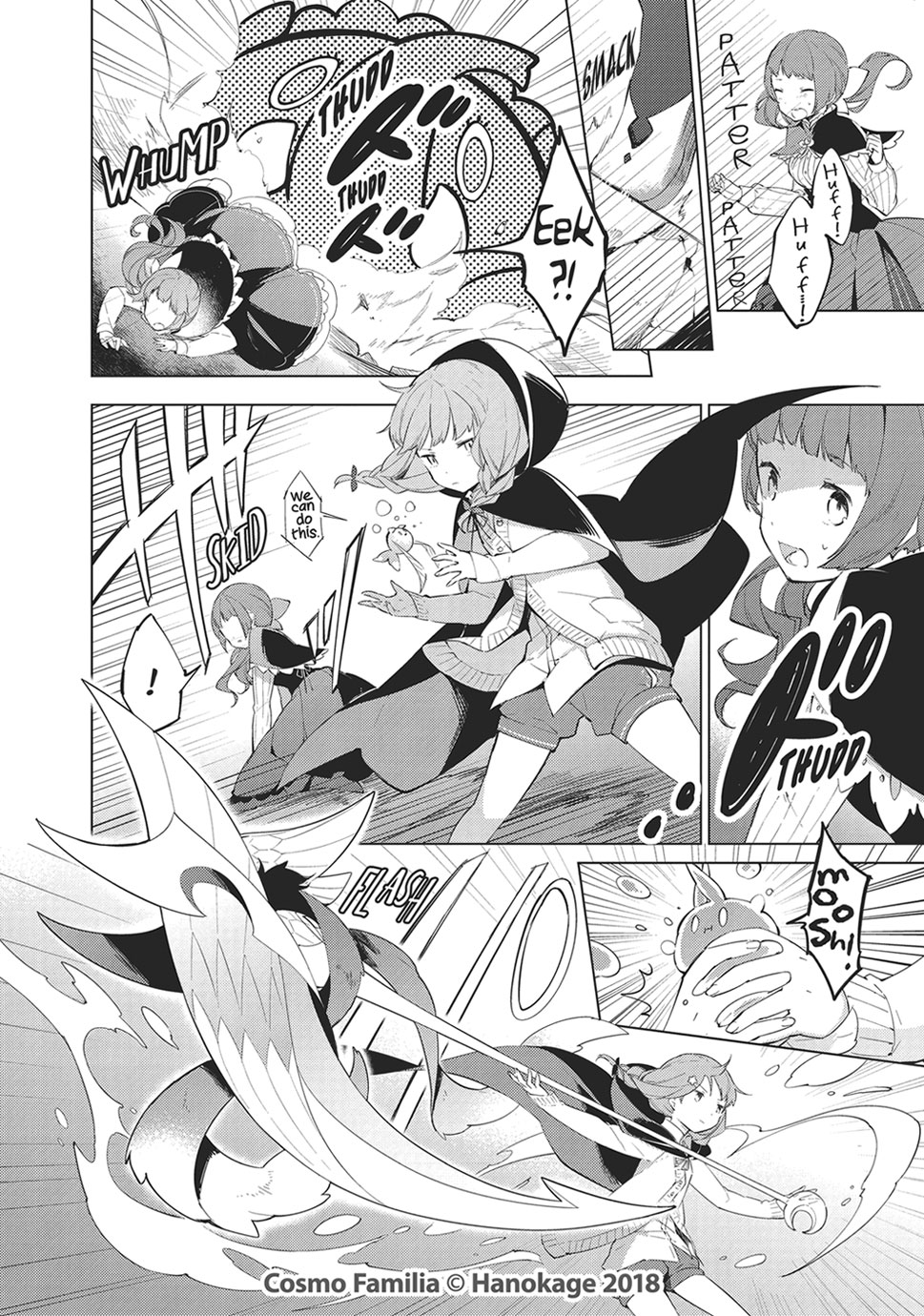 But it’s when Alice, Spica, and the Ranka doppelgänger falls down the well where the real story begins. There’s a deep realization that Alice has gone back in time when she sees her younger mother in front of her. Being a gracious host, she and her servant Imori decide to let Alice live under their roof, not knowing her true identity. But as time goes on, Alice realizes that things aren’t exactly right, and not solely because of her mother-to-be’s condition.

That does lead to Cosmo Familia’s flaw: the fact that it takes an entire volume to get the true premise out in the open. The term “elevator pitch” comes to mind when thinking of how to properly describe a story, and unfortunately Hanokage wouldn’t even be able to spout out the prelude before they’re met with closed doors and cold rejection. As such, it does take a good while for stuff to really get going in the first volume. 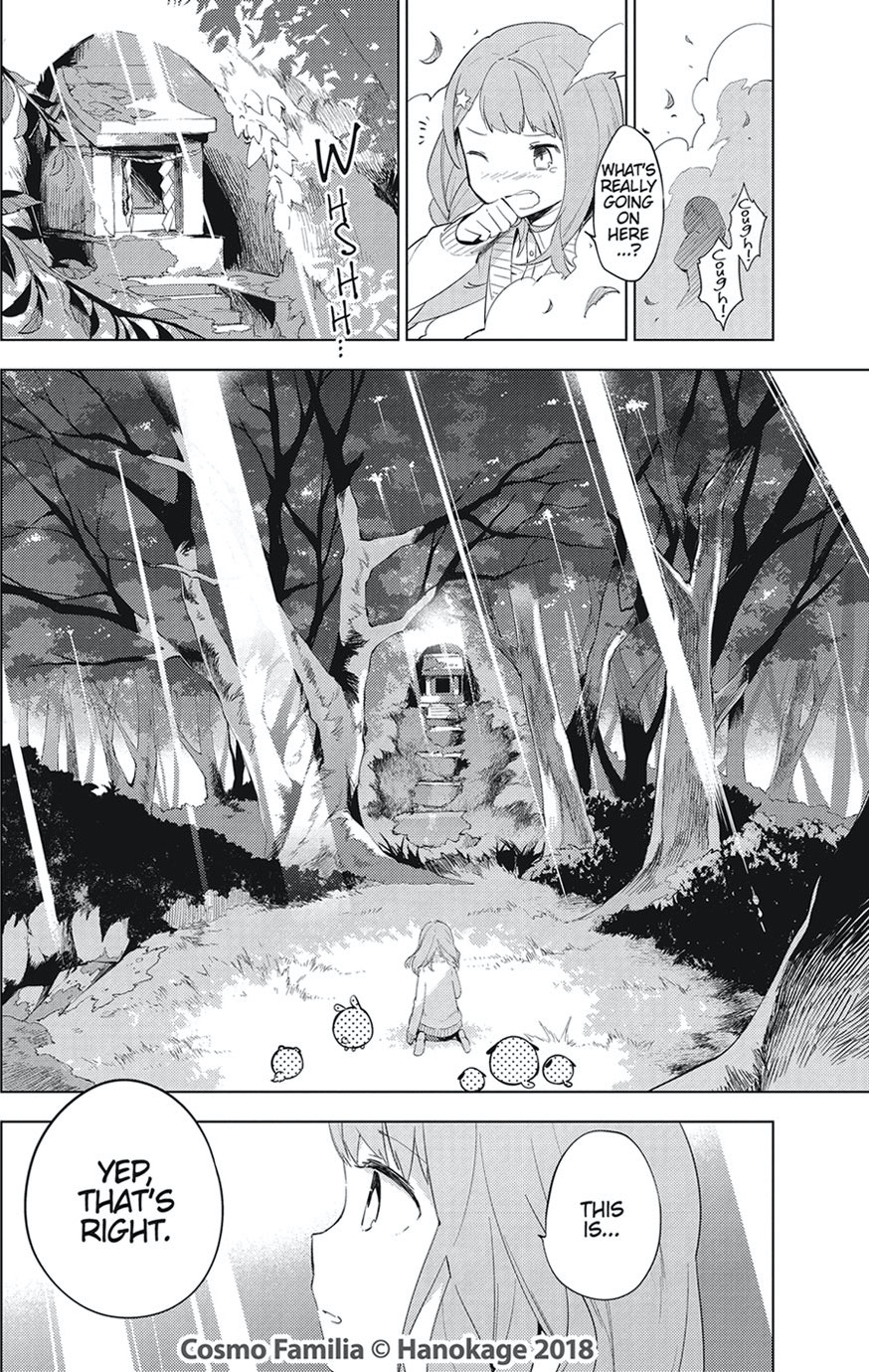 Fortunately, it’s quite the eye candy looking through this opening volume. The creatures and the characters are drawn with such vivid personality and cuteness. It’s hard to steer away from the visuals that Hanokage has created for their readers, with its mixture of good action and slow-paced drama captured with a hint of sweetness. When the mood turns dark, that’s when the author takes a solid crack at presenting harsher tones and detailed intensity from these characters and their actions.

Cosmo Familia has a good deal of potential. With that being said, it can take awhile before the true story it wishes to tell unfolds. It has some narrative bumps, but it turns itself around when the threat of the story is unveiled. Here’s hoping Hanokage learned a thing or two from Gen Urobuchi about plot twists and deep character philosophies, and injects them into future volumes of Cosmo Familia.