HomeComics/MangaMANGA REVIEW | "The King of Fighters: A New Beginning" - Volume One

MANGA REVIEW | "The King of Fighters: A New Beginning" - Volume One 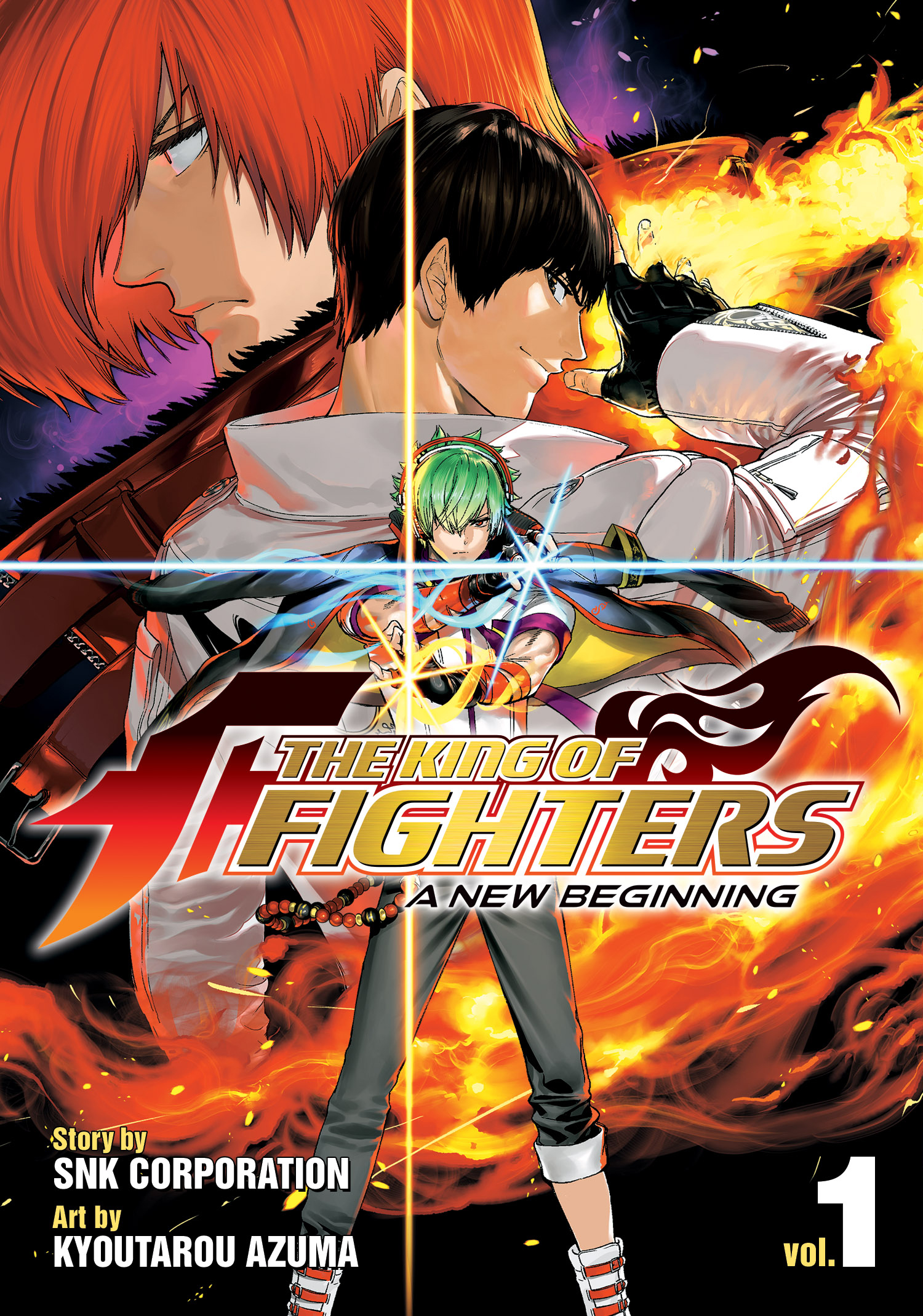 MANGA REVIEW | "The King of Fighters: A New Beginning" - Volume One

SNK’s The King of Fighters is, to be blunt, my favorite fighting game series. While Street Fighter has the more iconic characters and Mortal Kombat the most brutal of moves, the world of SNK’s series is far vast and deeper than any of its competitors. There have been many an anime and manga adaptation before, some of which are nearly as fun watching as it is playing. It would seem like a no-brainer to adapt its recent game — The King of Fighters XIV — as its lineup and vivid backstories would bring much content and material to the narrative.

However, there’s a right way and a wrong way to give readers an introduction to a world, and how The King of Fighters: A New Beginning does it is clearly in a bad direction.

The manga starts off with an introduction to the tournament and the fighters taking part. After a long reveal of who’s to battle, the first three-on-three match is chosen: Team Japan Vs Team Yagami. But when the fight is about to begin, only Japan’s Kyo Kusanagi and Yagami’s Iori Yagami are present at the ring. All eyes are on these two rivals, as their teammates bring their battles out of the arena and into the woods and a bullet train. 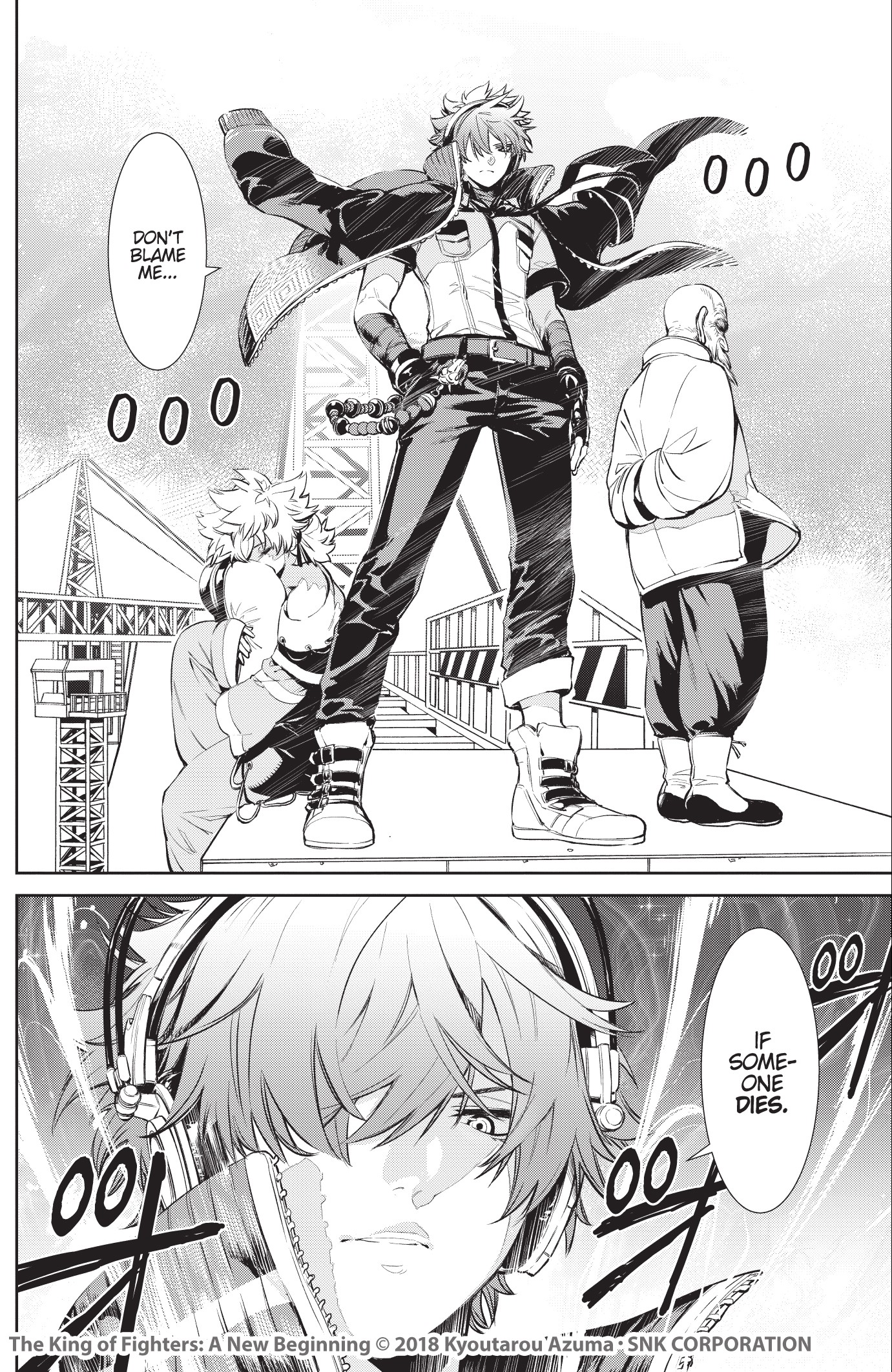 You know a manga adaptation of a video game is in trouble when it spends nearly 90 pages just introducing the characters as they walk into an arena. I get that this is to get those unfamiliar with The King of Fighters up to speed on who everyone is, but this manga is clearly not made for those who’ve never played the game before. The rivalry between Kyo and Iori is a big one, with those two ready to butt heads just as soon as the match was announced. Why that is is not revealed in the slightest, adding more confusion to the heated battle than anything else.

It should be noted that the fights themselves are captured quite vividly. Artist Kyoutarou Azuma clearly knows the ins and outs of SNK’s franchise, with every punch and kick showcased with such fire and intensity. Benimaru and Mature’s fight in the forest looks pretty impressive, with even their glares able to slice off a limb. Sadly, Goro and Vice’s bout on a moving train isn’t as exciting as it could be, as it take an opportunity to bring about some tension and instead tosses it aside. 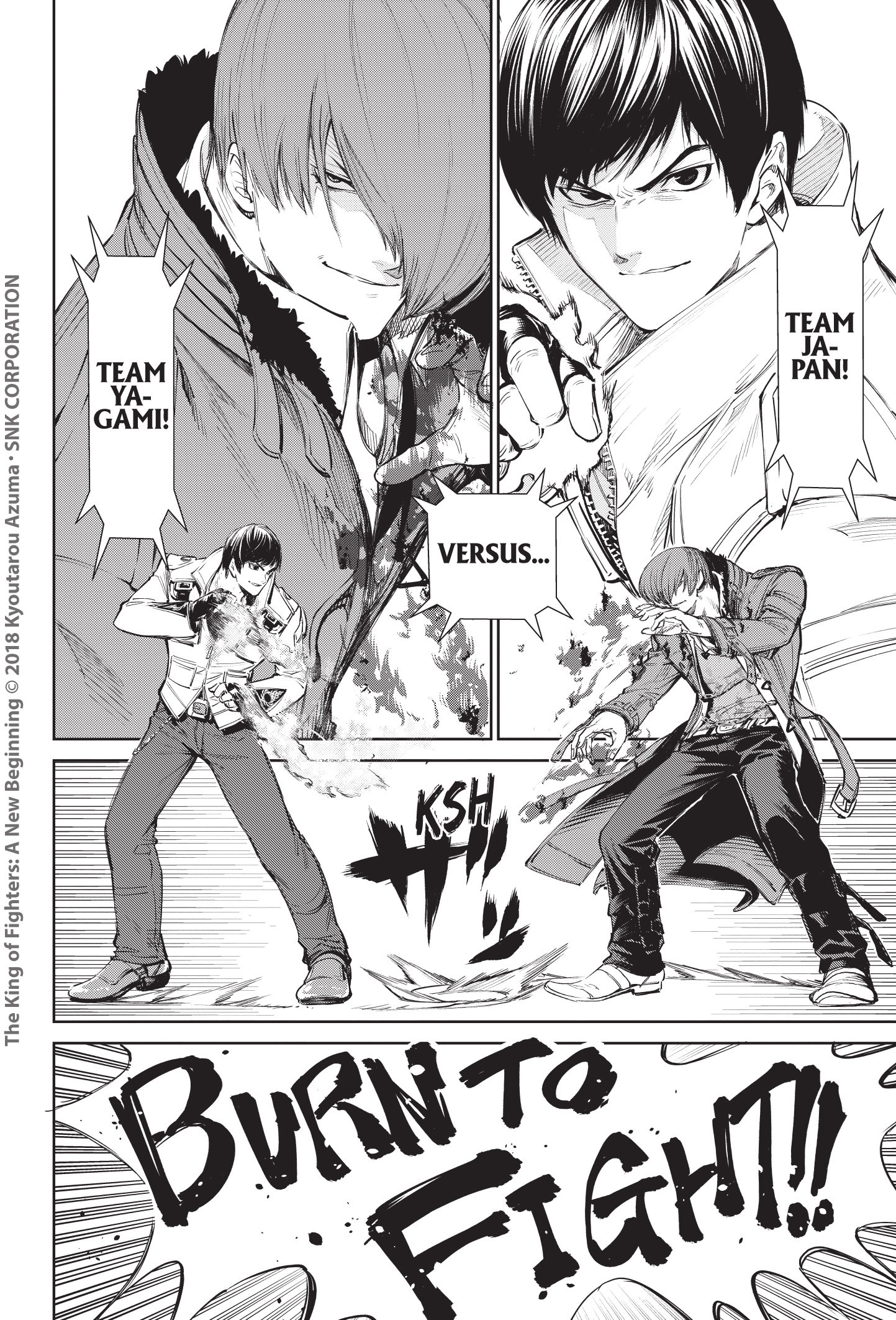 Perhaps the worst offender of the first volume is its cut-off point. Even at 244 pages, it feels very short-changed seeing the first bout not even reach its conclusion. If it hadn’t taken up so much time reintroducing the characters to readers (whom I’m fairly certain already know who is who), there could have been a more satisfying conclusion showcased between Team Japan and Team Yagami. Instead, we’re given a cliffhanger that’s more eye-rolling than anticipating.

As such, The King of Fighters: A New Beginning doesn’t start off strongly. It takes too long to bring all of the fighters in, and it never takes the time to dive into rivalry backstories. So who is this manga for? It certainly isn’t for newcomers, nor does it seem like it’s for longtime fans. Because of this predicament, The King of Fighters: A New Beginning is stuck in reader demographic limbo, where its audience appears to be nonexistent. 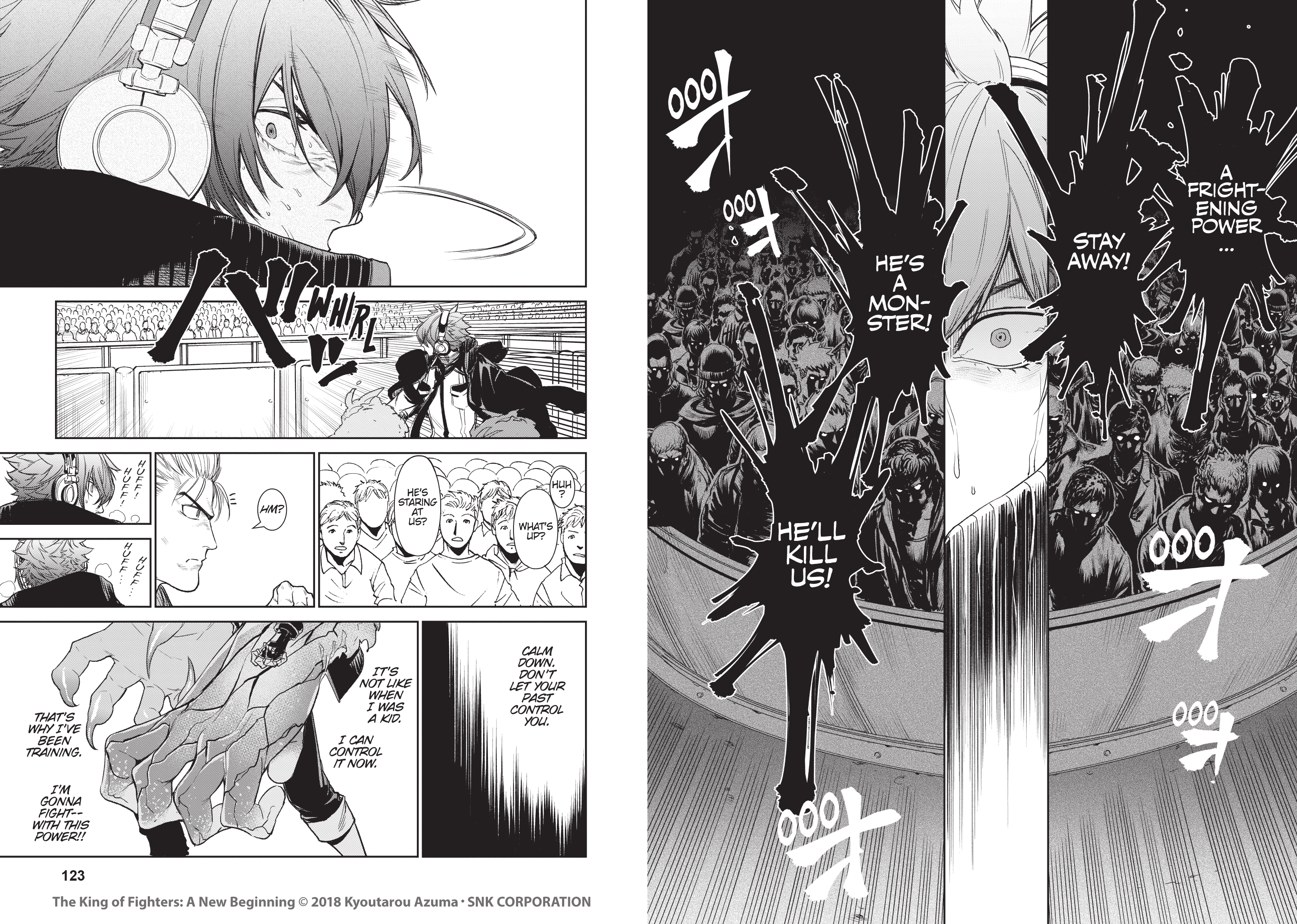 In short: I think I’ll stick to playing The King of Fighters XIV rather than keep on reading this.