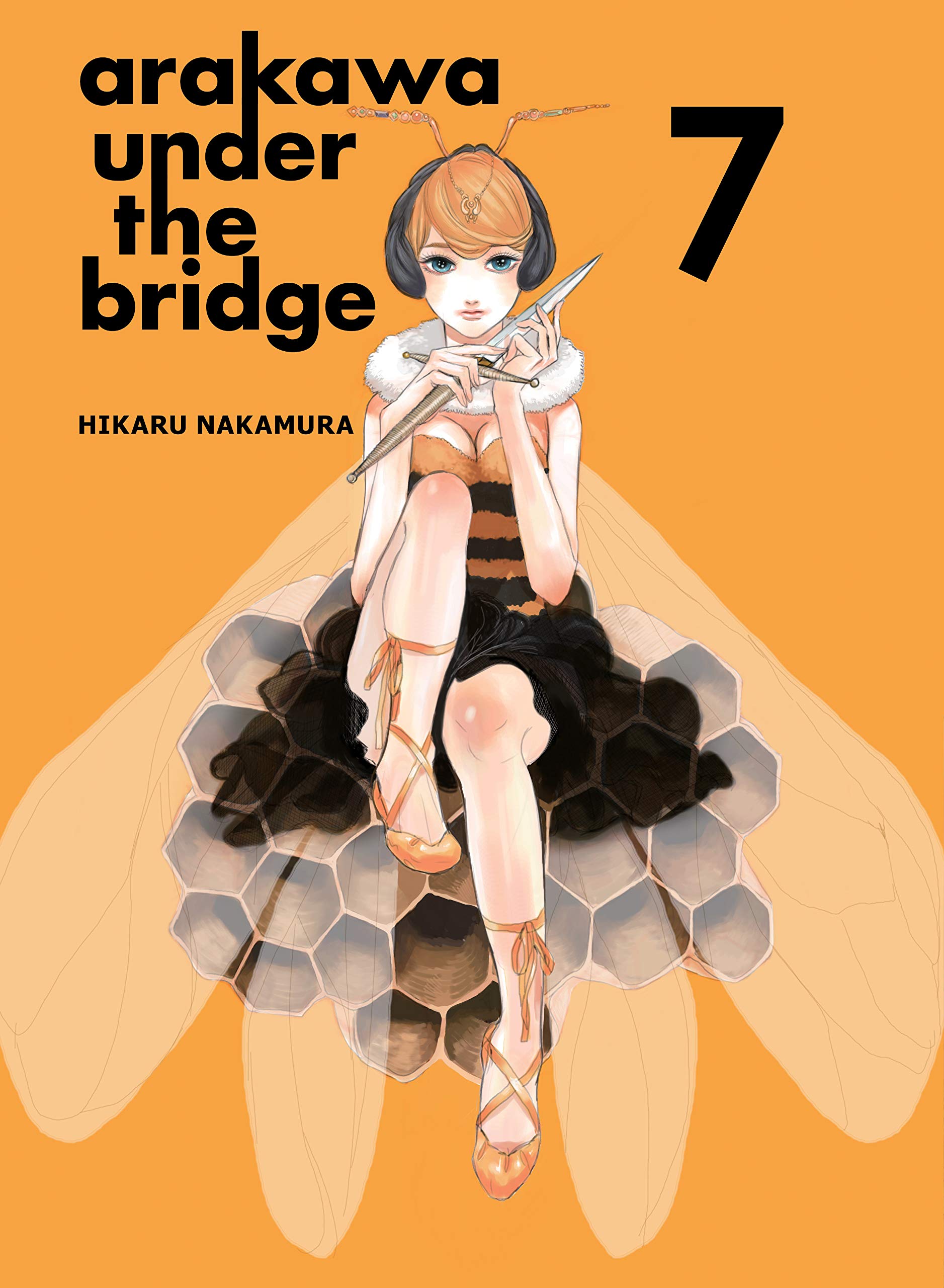 Arakawa Under the Bridge is the very last place I would expect anything that could cause some sort of concern. And yet, as the series is slowly coming to its end, a new threat that could change the dynamic of Recruit and Nino has done that. Fortunately, any sort of stress goes out the window when you remember the wackiness that Hikaru Nakamura delivers via the river bank residents.

Volume Seven of Arakawa Under the Bridge puts Recruit in an interesting position, as the kappa Mayor steps down from his position and gives it to the only sane person who lives amongst the freaks. At first, the stress of becoming the town mayor goes to Recruit’s head...until the perks of being the head of the river bank fly right into his noggin. As such, he starts mending his living area in ways that befits him. Shockingly, some of the residents — including Hoshi — go along with it, making way for him to being a very good mayor.

When pop idol Kameari becomes a possible resident candidate, things start to take a downhill turn. No, it’s not because Kameari enjoys being naked in public. It’s how Nino reacts around Kameari (now dubbed Sweet Buns) that gets Recruit nervous. For in her eyes, a glimmer of love appears whenever Sweet Buns is in the vicinity. Naturally, this could spell trouble for Recruit and his relationship with Nino.

What I like about this sudden tension tossed into Recruit’s life is how it just seems to come out of nowhere. While Arakawa Under the Bridge is great with tossing in the unexpected, those wacky moments are always some sort of non-sequitur that creates more nonsense in the long run. This feels like the first time Nakamura has implanted a common conflict, where a real legit problem could cause a giant rift in the relationship between the manga’s main love interests. For it to take itself seriously, in a world where the world “serious” isn’t in the dictionary, shows that the series isn’t afraid to go deep when the time calls for it.

Of course, it’s not Arakawa Under the Bridge without some crazy storylines. Tales involving the language of flowers, Recruit being mistaken for Hoshi, and a secret place only known to mayors are brimming with top-tiered silliness. Even the addition of Kameari/Sweet Buns showcases a clever dosage of goofy shenanigans, giving way to a reveal of the kind of naturalist the pop idol dares to be. Perhaps the strongest comedy is reserved for when Recruit is trained to be mayor, which involves some uncommon training and the usage of social media.

There’s only one volume left to go with Arakawa Under the Bridge, and both its heart and humor is just about as strong as its humble beginnings. With a last-minute conflict thrown in, it’s clear that Nakamura is reaching for a meaningful conclusion within the bonkers world she’s created. Knowing her repertoire, there’s no doubt that Arakawa Under the Bridge will wrap itself up tighter than a loony in a straight jacket. Here’s hoping just one more surprise awaits us readers when the end greets us.