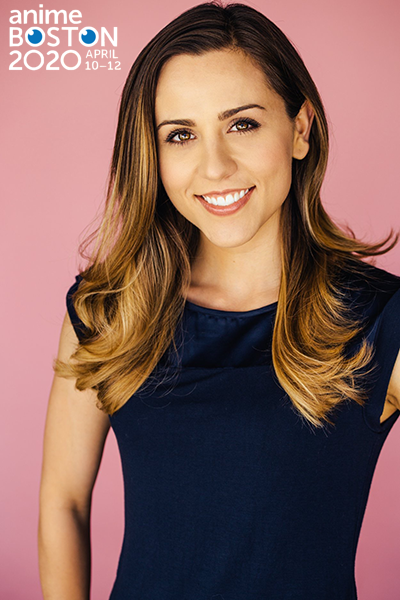 The best sister of 2019 is eying her home turf, as Anime Boston 2020 has announced that voice actress Abby Trott will be a guest at the annual convention!

A native of Attleboro, MA, Abby is perhaps best known for portraying Nezuko in Demon Slayer, Annette in Fire Emblem: Three Houses, Ivy in Netflix’s Carmen Sandiego, Windblade in the Transformers: Prime Wars Trilogy, and singing the English version of Lifelight, the theme for Nintendo’s Super Smash Bros. Ultimate. Some of her roles in anime include Mezato Ichi in Mob Psycho 100, Machi in Hunter X Hunter, and Veronica Liones in Seven Deadly Sins.