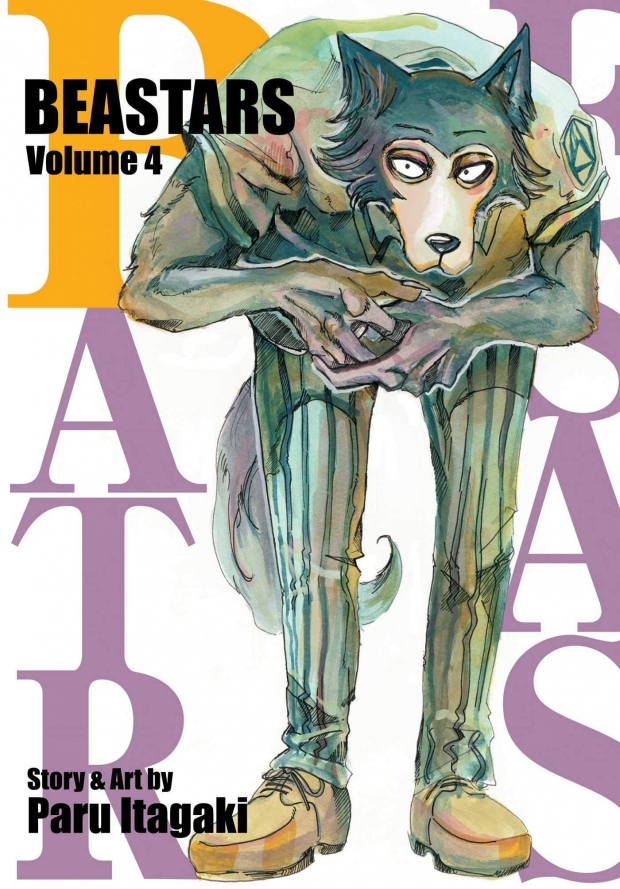 BEASTARS is — pardon the pun — a whole ‘nother animal within the manga scene. Despite its anthropomorphic characters, it says much more about the human mentality than most other comics out there. From dealing with class struggles to the confusing aspects of one’s heart, Paru Itagaki has managed to craft a story that mirrors the current state of society. And in its fourth volume, BEASTARS reaches the top of its genre’s peak.

With the Meteorite Festival close to happen, the students at Cherryton Academy are rushing to make sure the event occurs with barely any flaws. But tension is in the air as Legoshi not only deals with his feeling for Haru, but also with the revelations behind her relationship with Louis. Meanwhile, rumors spread that the next Beastar will be crowned by the festival’s end, with carnivores in a fit knowing that it may be an herbivore that gains the honor. And as Legoshi ponders about his run-in with the panda in the black market, a secret about Louis is close to being revealed. 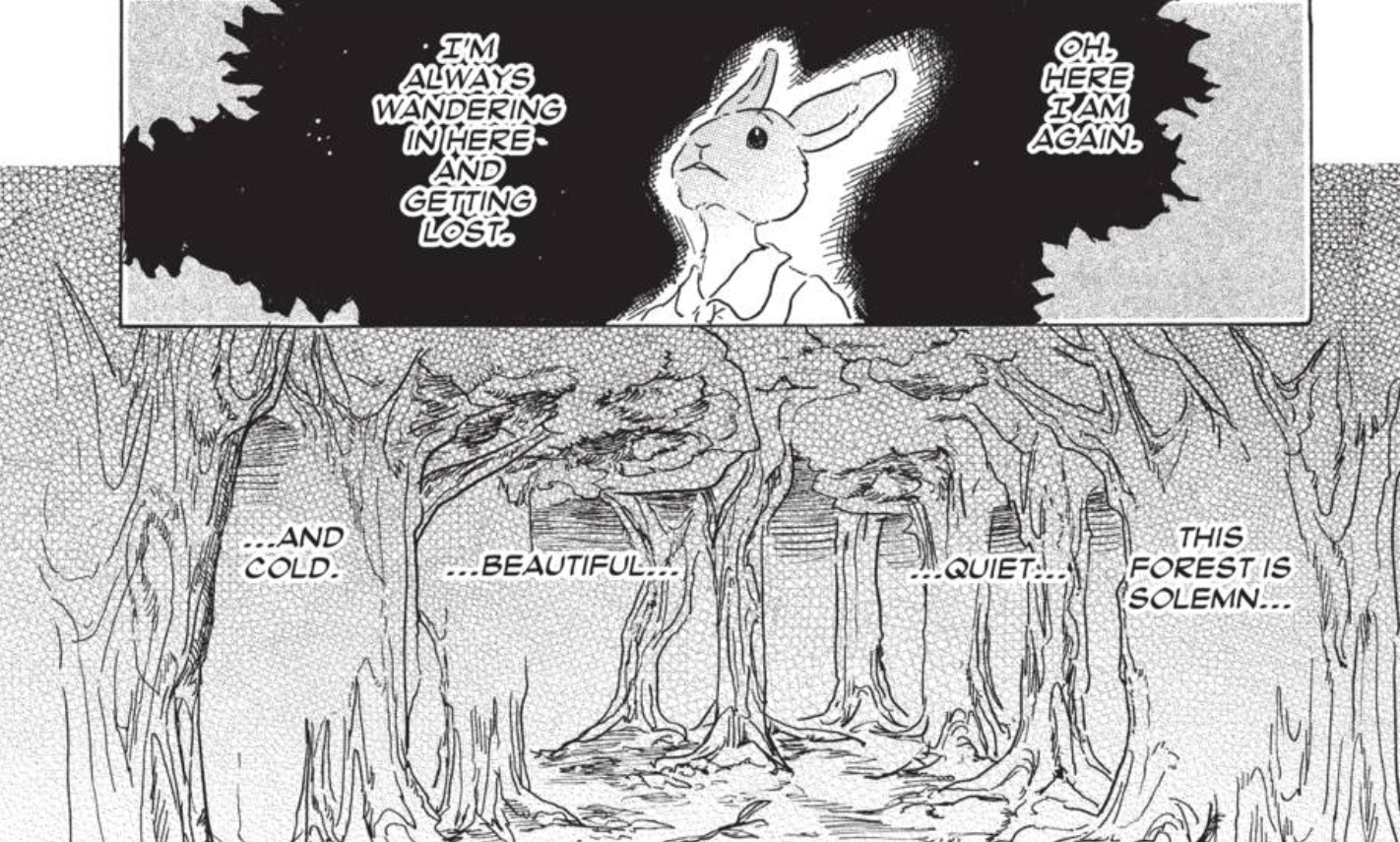 One of the big things that has made BEASTARS a fantastic read is its character drama. The relationships between the carnivores and herbivores have always been uneasy, especially with the murder that occurs at the beginning of the story. Now as the series has progressed, we slowly gain realizations as to why that is. Yes, it could’ve been something as simple as “meat-eaters snack on plant-eaters”, but that would’ve been too easy. Instead, we get a deep racial tension behind not only why some species may not able to be friends, but also why they might be allowed to date one another.

This reveal regarding the relationship between Louis and Haru digs far deeper into this sort of mentality. Despite them both being herbivores, mixed species relationships is still frowned upon in their society. Yet despite knowing their rendezvouses will come to an end one they graduate, they still care deeply for one another. Of course, when Legoshi discovers how close they are, his feelings for her become more evident. There is also the wolf girl Juno, whose reason for joining the theater club becomes apparent when she practices with Louis. 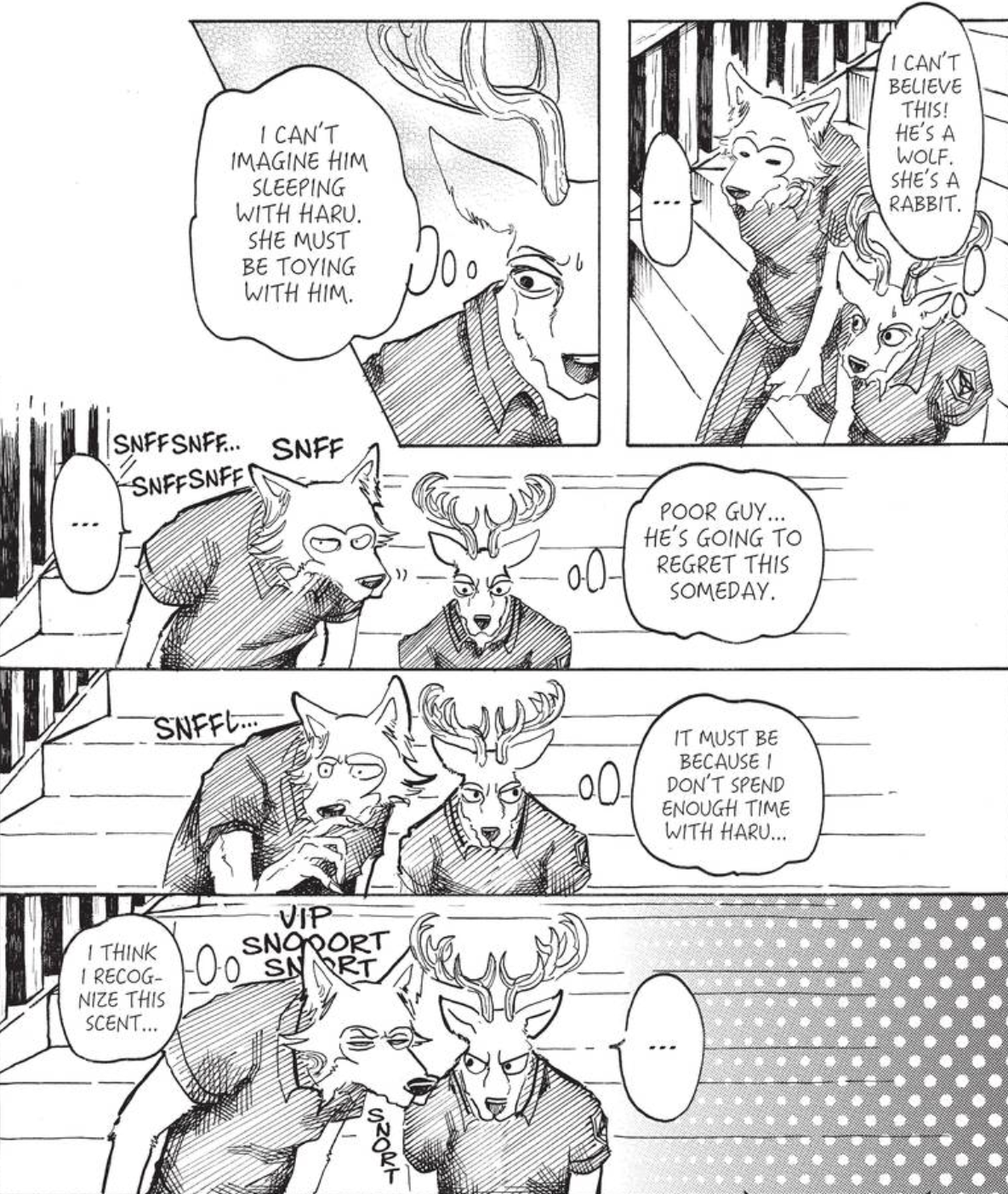 Speaking of the star student, Louis takes a huge step in the spotlight here in this volume of BEASTARS. Although he’s an important character, I’ve always seen him more as the second fiddle to Legoshi’s tale. But it’s a big flashback to what Louis went through as a kid where you see why he acts the way he does, why he seems a little cold to certain people, and — most important of all — the importance of becoming a Beastar on his campus. Although he’s always had somewhat of a good light cast upon him throughout the manga, this was the first time I felt I had a reason to root for him and his goals.

Thus, this latest volume of BEASTARS goes lengths into the minds and mentalities of these characters, in ways that I haven’t really seen occur in similarly-sounding stories. All of human nature is captured within these anthropomorphic beings, as things between Legoshi, Louis, Haru, and the carnivores of Cherryton Academy seem to be coming to a head. With the way this volume ends, one must think that both an external and internal struggle will be happening rather before the end of the Meteorite Festival. Personally, I can hardly wait to see what happens when the fangs of BEASTARS become unhinged... 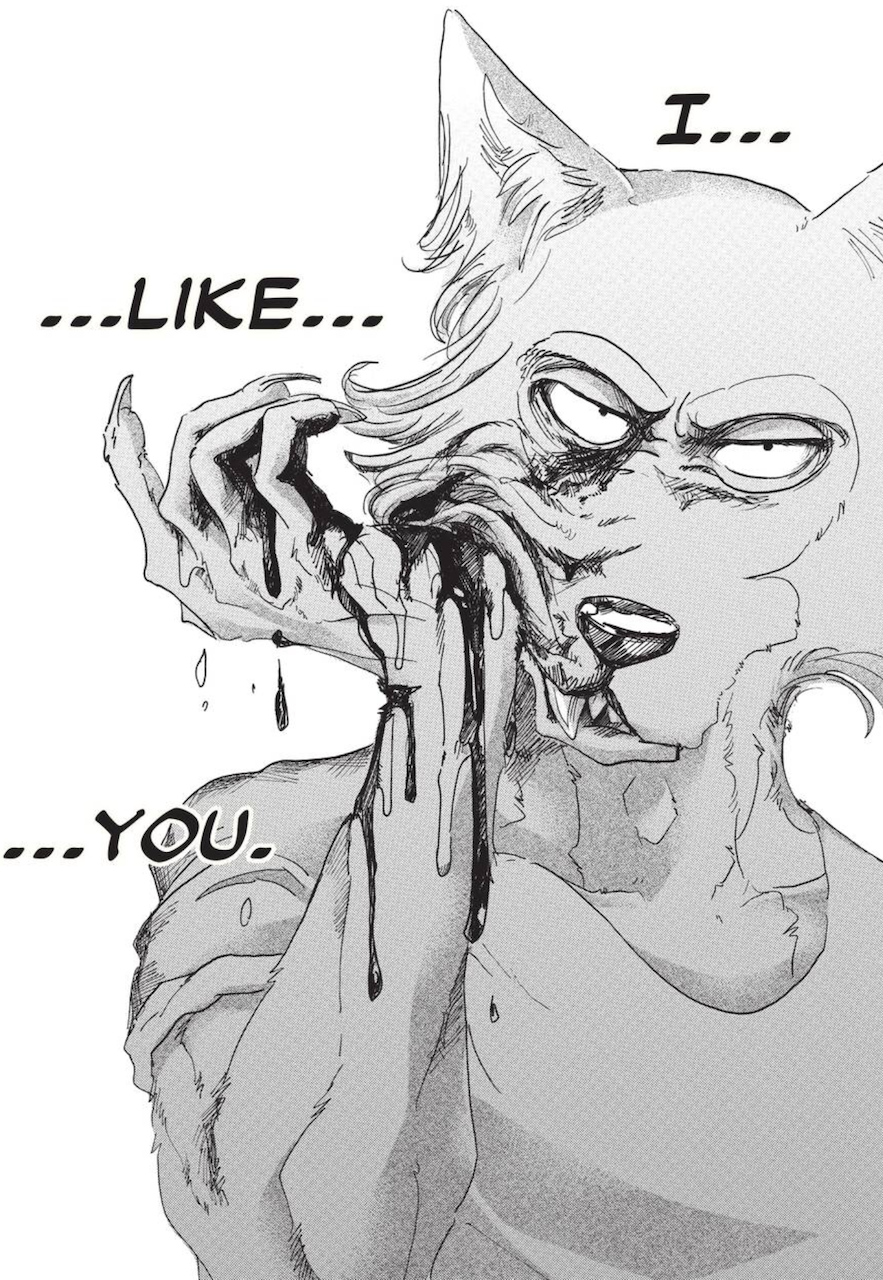