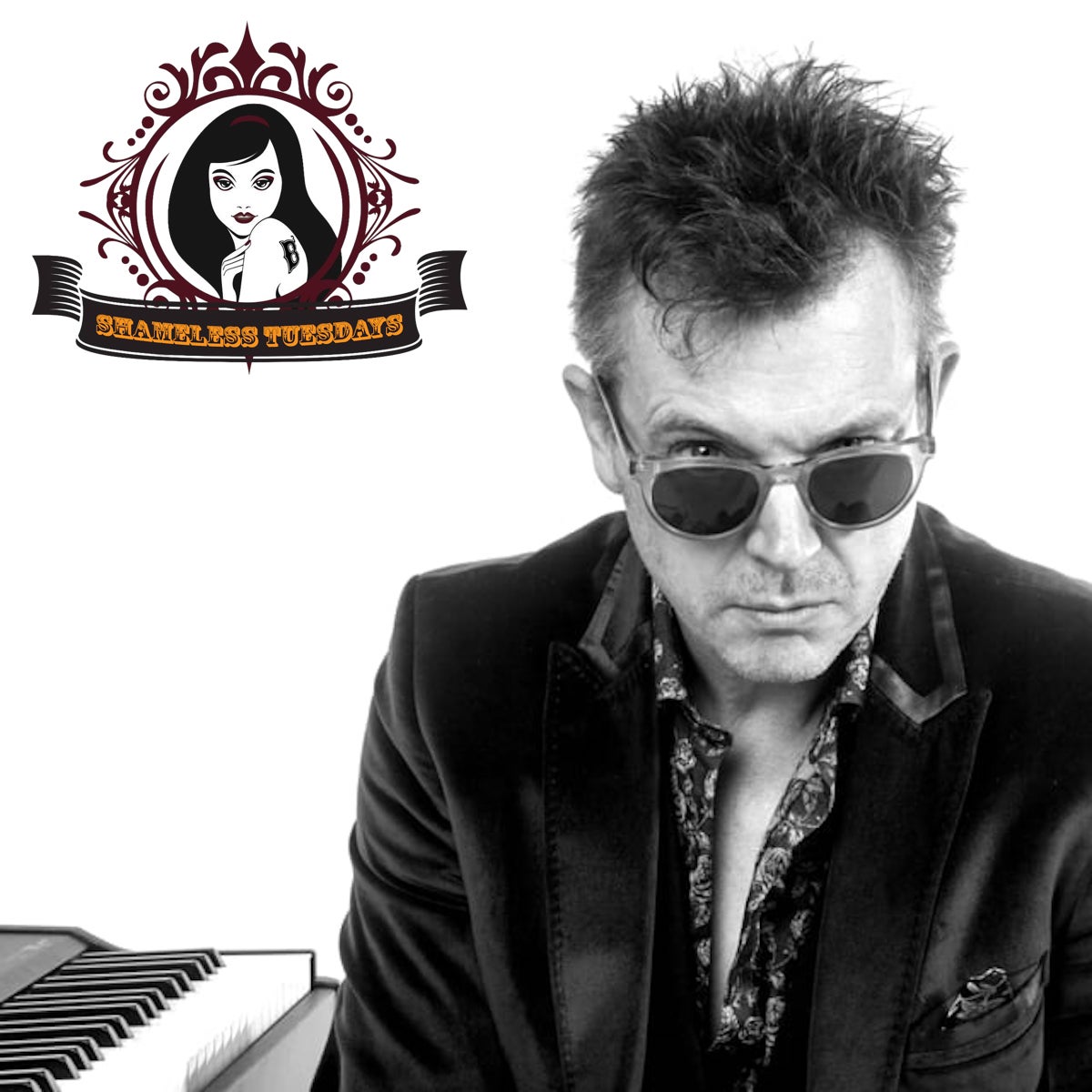 Behind a cigarette-stained piano and beer-stenched microphone sits Harry Stafford, who stares at his audience like it's filled with all of his ex-lovers. A visitor of John Peel's many times over with his band Inca Babies, Stafford felt that he had a few stories to tell that only he could bring to a light as red as a shady district in Amsterdam. With the aid of Guitar Shaped Hammers, Harry Stafford will be telling some unheard tales in his solo affair Gothic Urban Blues, which hits stores next month. The first single, "She Just Blew Me Away", moves with a Cab Calloway vibe and the soul of Nick Cave, sinking its teeth into the realm of blues until it rolls its eyes like it's possessed. To celebrate the impending release of Gothic Urban Blues, Harry Stafford is taking over this week's Shameless Tuesdays!

Here's what Harry has to say about this week's playlist, which he has dubbed "The Sounds of Gothic Urban Blues":

From the Skyscraper’s Penthouse Palaces to the sticky carpet end of town. Here is the music of the Metropolis, the dirty city, with all the stories of Gothic Urban Blues in between. Harry Stafford has put a collection of tunes into a playlist of inspiration, soul searching and madness. There’s the dirty guitar swing of Link Wray and Badalamenti the talking blues of Lightnin' Hopkins and CW Stoneking. The music here is of bars, and cars and reverb guitars. The horns of Miles Davis and Kevin Davy cut through the night and into the broken heart of sunrise on the pavement. A place where Tom Waits, Nick Cave and Scott Walker haunt the last jukebox in town.

For more information on Harry Stafford, visit his official Facebook, Twitter, and Instagram. Check out a sneak peek of Gothic Urban Blues below, which can be preordered via his Bandcamp: