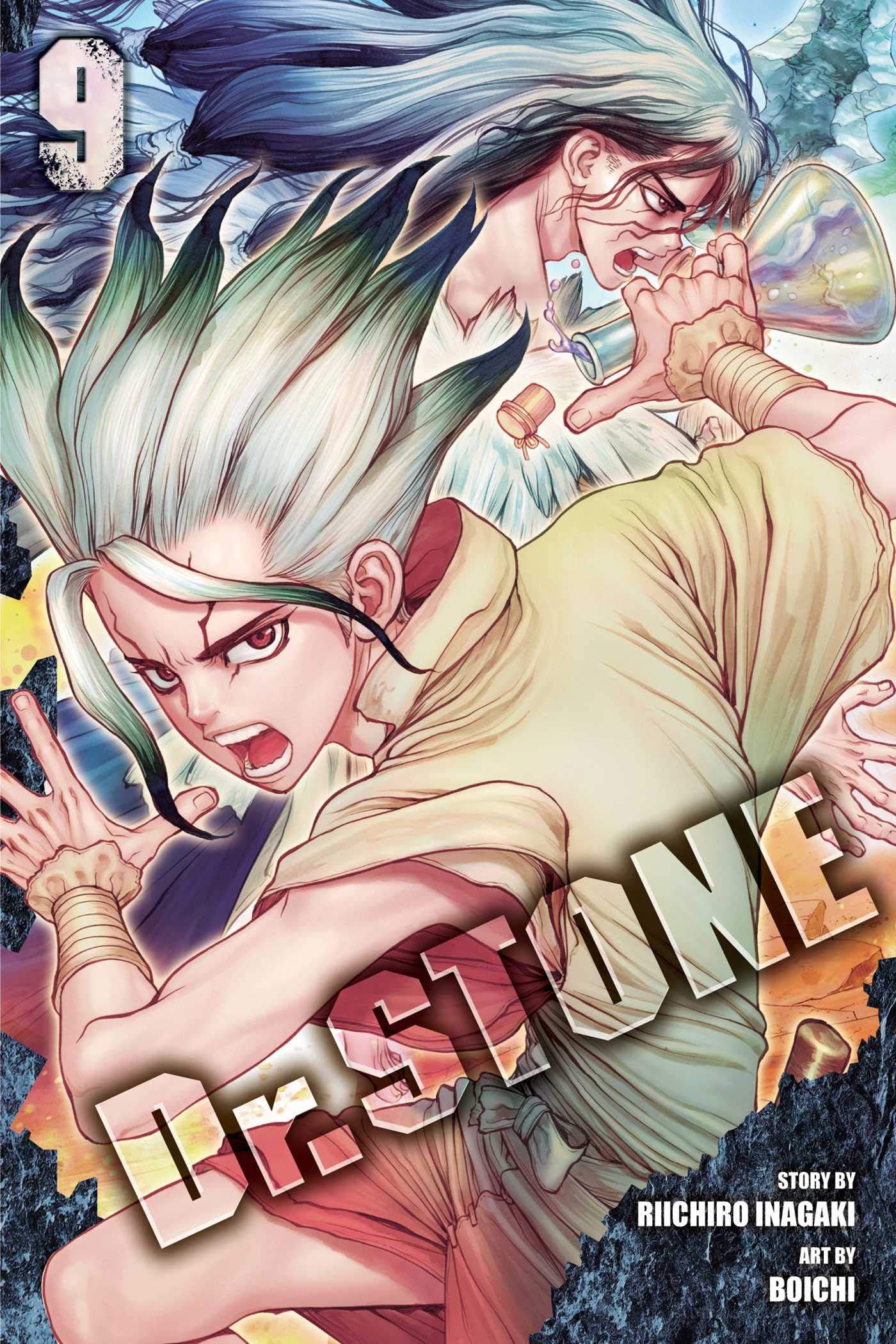 Just when you think Riichiro Inagaki and BOICHI have run out of ideas for Dr. STONE, a new source of imagination pops up out of the blue. With the Stone Wars now winding down, it’s becoming apparent that the fight between Senku and Tsukasa is coming to an end. So where does it go from here? Well, let’s just say that there’s always evil afoot.

The ninth volume of Dr. STONE brings everything to a head. After Chrome finds his way to escape from Tsukasa’s prison, Senku and the Kingdom of Science put their plan in action. Reunited with Taiju and Yuzuriha, the gang charge head-on into Tsukasa’s grounds, hoping to lay claim to the cave that holds the human revitalizing liquid. As the clock ticks down, Senku and Tsukasa go head-to-head to see what kind of strength is the strongest: muscle or brains? 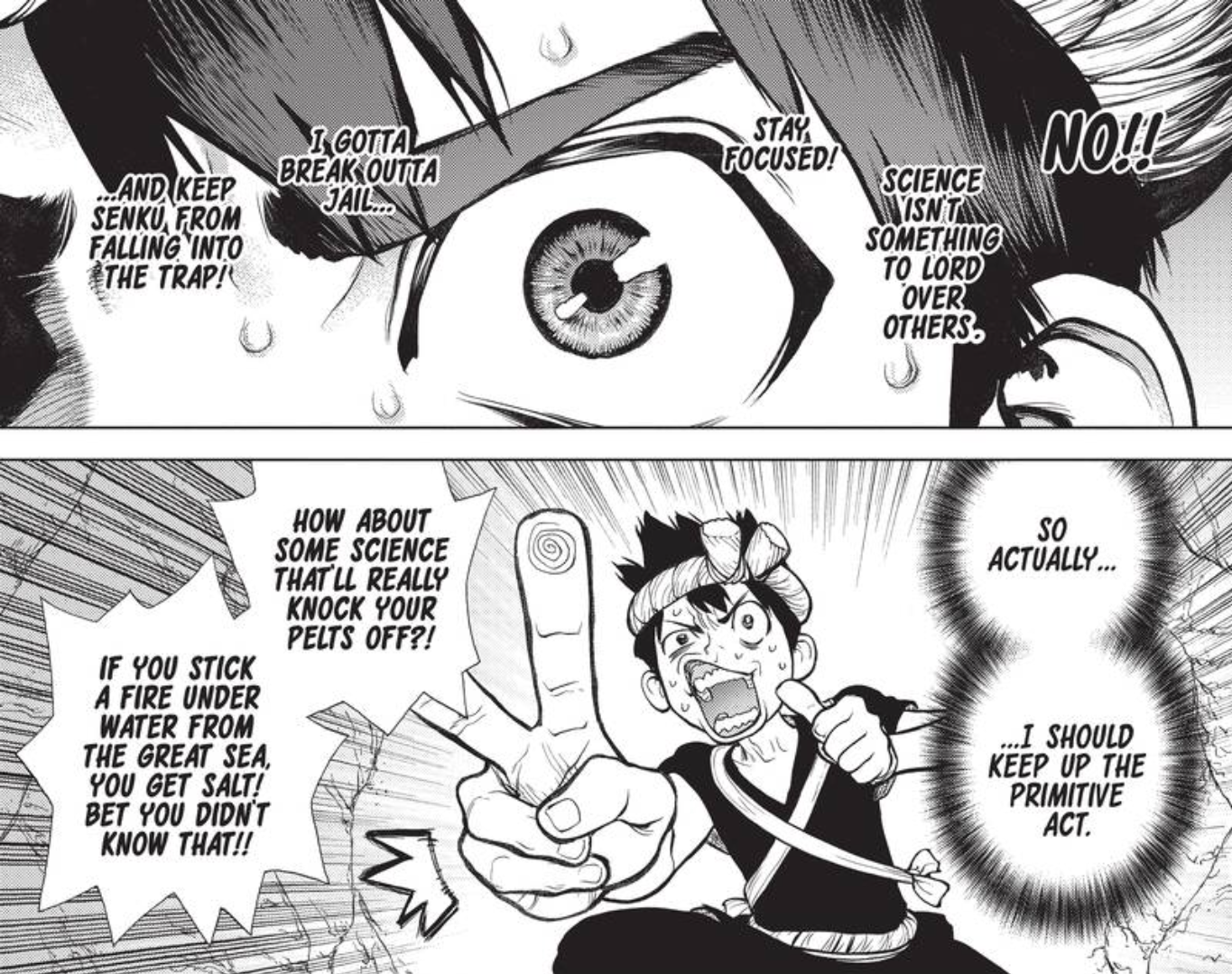 There is a level of ridiculousness that’s present in this volume, especially when it deals with Chrome’s escape. However, it doesn’t take away from the entertaining aspects of it, as every panel brims with the action and personality that’s made BOICHI the best manga artist in Asia right now. From Yu’s literally eye-popping expressions to Chrome feigning an illness, all of it is captured with some of the most insane detail anyone could fathom. (Those who’ve seen BOICHI’s drawing skills live in action could attest that he could probably do this in his sleep!)

Where this volume of Dr. STONE shines is the big battle, the one that’s been teased nearly since its beginning. In just 20 seconds (showcased brilliantly in one chapter), the tables turn in a violent and satisfying fashion. But even when the battle seems won, the war still needs to be settled. This leads to the big final showdown between brains and brawn, with Senku using his intelligence to attempt to thwart even the toughest of physical opponents. What it results in is a beautifully explosive display of power and glory. 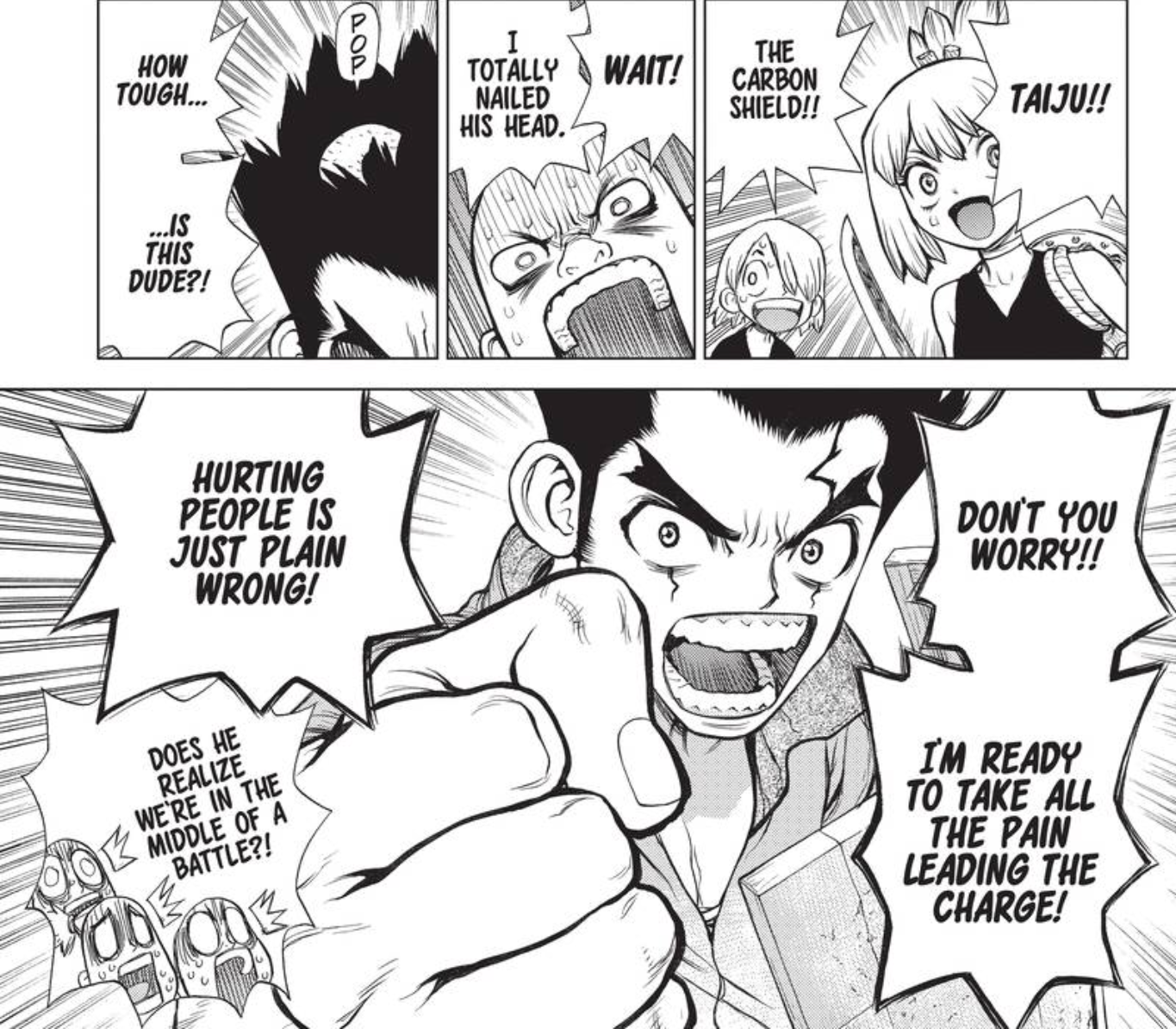 Of course, this all leads to the reason behind Tsukasa’s way-of-life. On one hand, it served as a great plot twist to humanize his actions in some way. However, one can’t help but feel like the reveal should’ve maybe had happened sometime earlier, especially when dealing with his means of bring brought up in such a way. It’s a tiny issue, one that doesn’t take away from the powerful moment it leads to. One thing this situation does lead to is the stage of the next chapter of this series.

As such, how things end in the ninth volume of Dr. STONE may lead some to guess where the story will go from here. Knowing what Inagaki and BOICHI have accomplished thus far, one can only guess that the gears in their brains are turning ever-so quickly towards the next big and epic adventure for Senku, Chrome, Kohaku, Taiju, and the rest of the gang. I’d tell you to get excited for what’s to come, but odds are you already are! 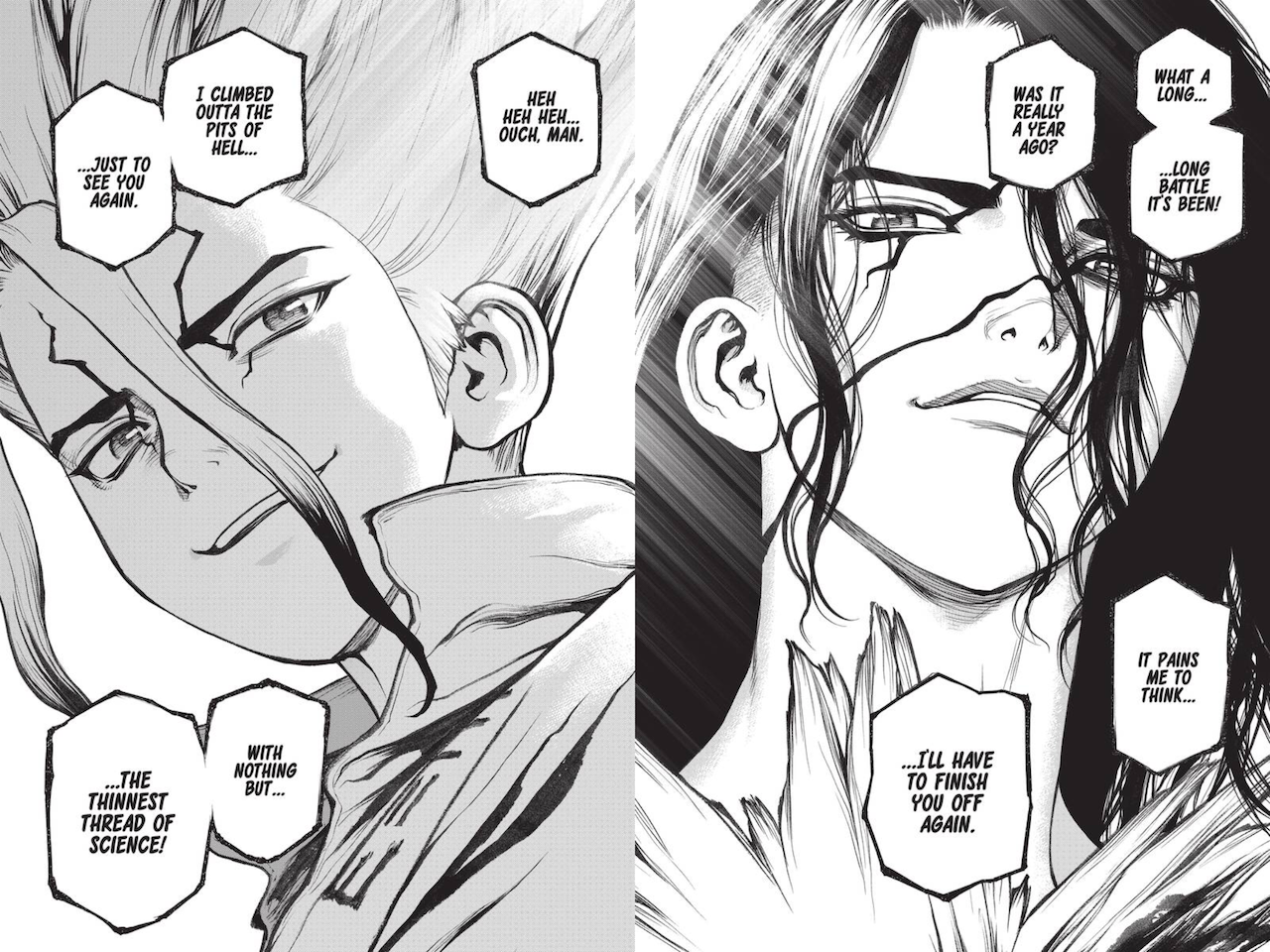