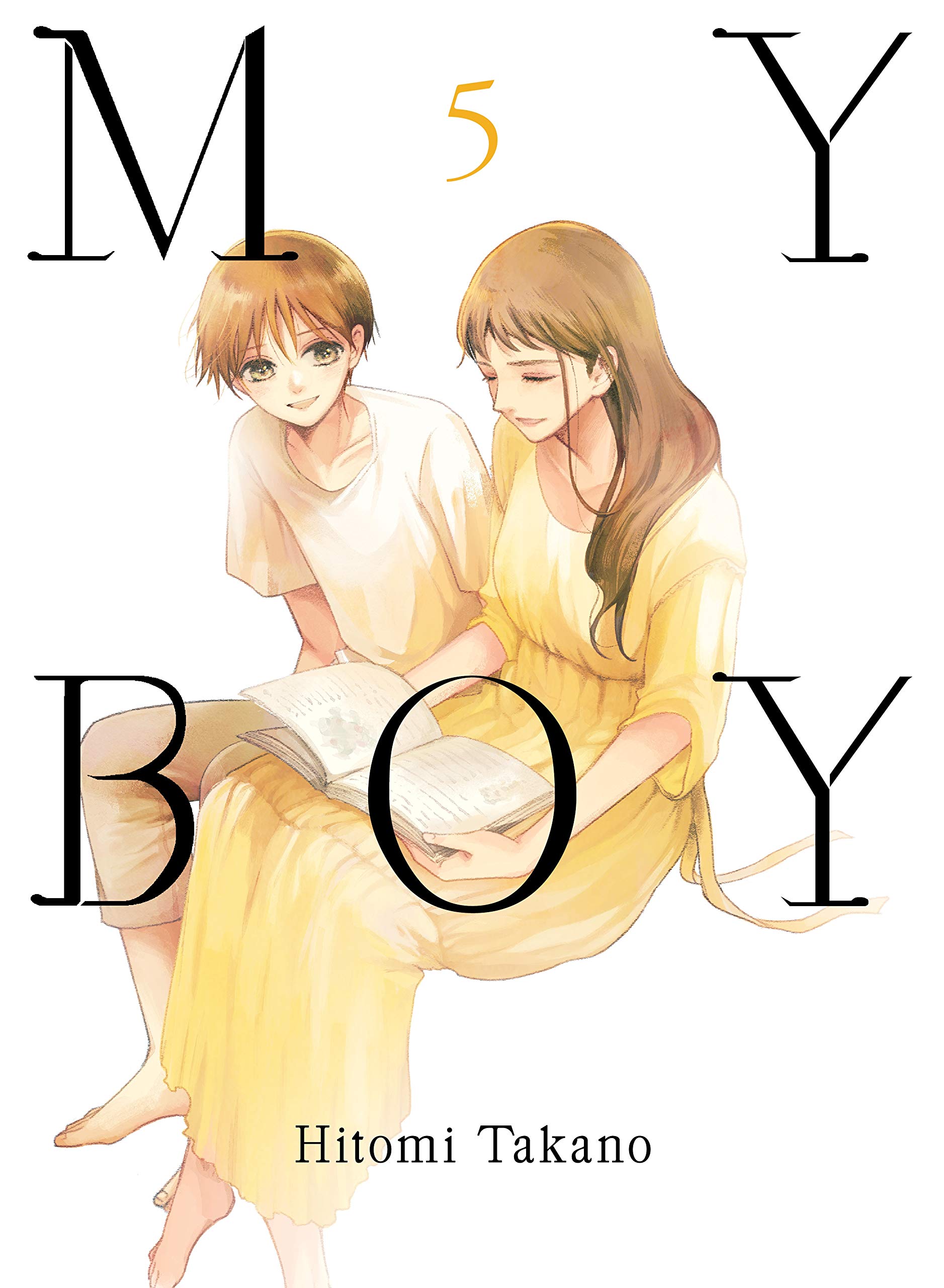 Have you ever had a sinking feeling that a story was going to go down a very bad route? Since I started reading Hitomi Takano’s My Boy, I kept getting this cringe-inducing sensation deep down in my gut. Throughout its storytelling and the like, the concept of a kid falling in love with an adult was greatly hinted at through Sakoto and Mashuu’s interactions, a feeling that would be batted away soon after I started realizing that Sakoto’s acting more motherly than anything else. And then, Volume Five had the biggest fear I had for My Boy seemingly come to fruition.

A situation at Satoko’s job has her given the opportunity to return to Tokyo, something that excites Mashuu. With her younger sister Mayu in tow, Sakoto takes the chance to move back, with she and Mashuu catching up on old times. However, as they begin meeting again, a feeling deep inside Mashuu starts to bug him. That’s when a blurted confession from his lips starts to have their friendship possibly crumble.

Mayu becoming more of a centralized character in My Boy’s fold gives Takano the chance to clear some of the story’s somewhat tainted air. A flashback to when she and Satoko were younger reveals a household with a not-so-stable living situation. Sakoto was rebellious, the mother wasn’t an open book, and the father figure appeared absent. Throughout all of this, what the family was lacking was love, something that made Mayu realize what kind of relationship Sakoto has with Mashuu.

In a way, this realization helps the story become something that it should be. Throughout most of Takano’s manga, it was very evident that Sakoto wanted to be the parental figure that was missing in Mashuu’s life. It’s a commendable thing for someone to do this, although one shouldn’t have been committing these kindhearted deeds without a parent knowing. After the flashback to Sakoto & Mayu’s earlier days, she becomes a much bigger sympathetic character, one that makes readers understand why she was acting this way for Mashuu and the like.

But then, Mashuu had to tell Sakoto that he loves her. At that very moment, any excuse for what had led to this precise moment was thrown out of the window. While I’m glad Satoko turns him down like any person should, she later thinks back to the confession and wonders why she did it. And it’s thinking like this that will more than lead towards a far controversial situation, one that I fear will destroy Takano’s story and what it wants to achieve. It may be a fictitious manga, but it’s still wrong to craft fantasy out of something that’s just downright disturbing.

The deeper My Boy seems to get, the more worried I am about its outcome. What started as a series about a woman becoming a motherly figure to a young boy is transforming into something very dangerous. Despite Mayu’s true understanding of the situation, the feelings that Mashuu are having for Satoko (and, quite possibly, vice versa) is something that I can’t help but frown upon. With how things end here, I have a sinking feeling that the next volume will be leaving a bad taste in my mouth.