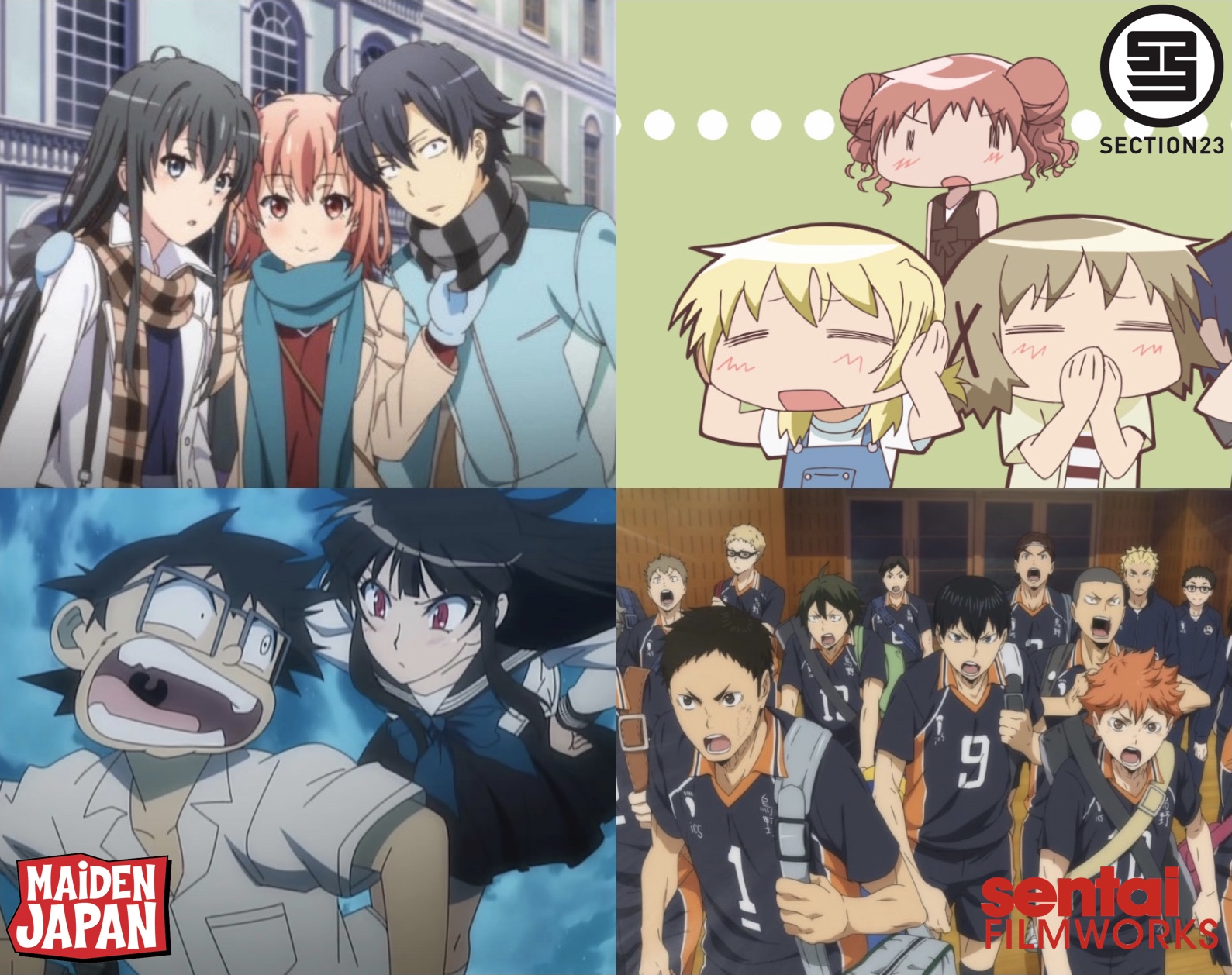 Love is in the air, and so is the thrill of a good volleyball game! Section23 Films will be booming with complete collections this November, as well as the long-awaited release of one of the best sports anime seasons ever brought to the small screen! 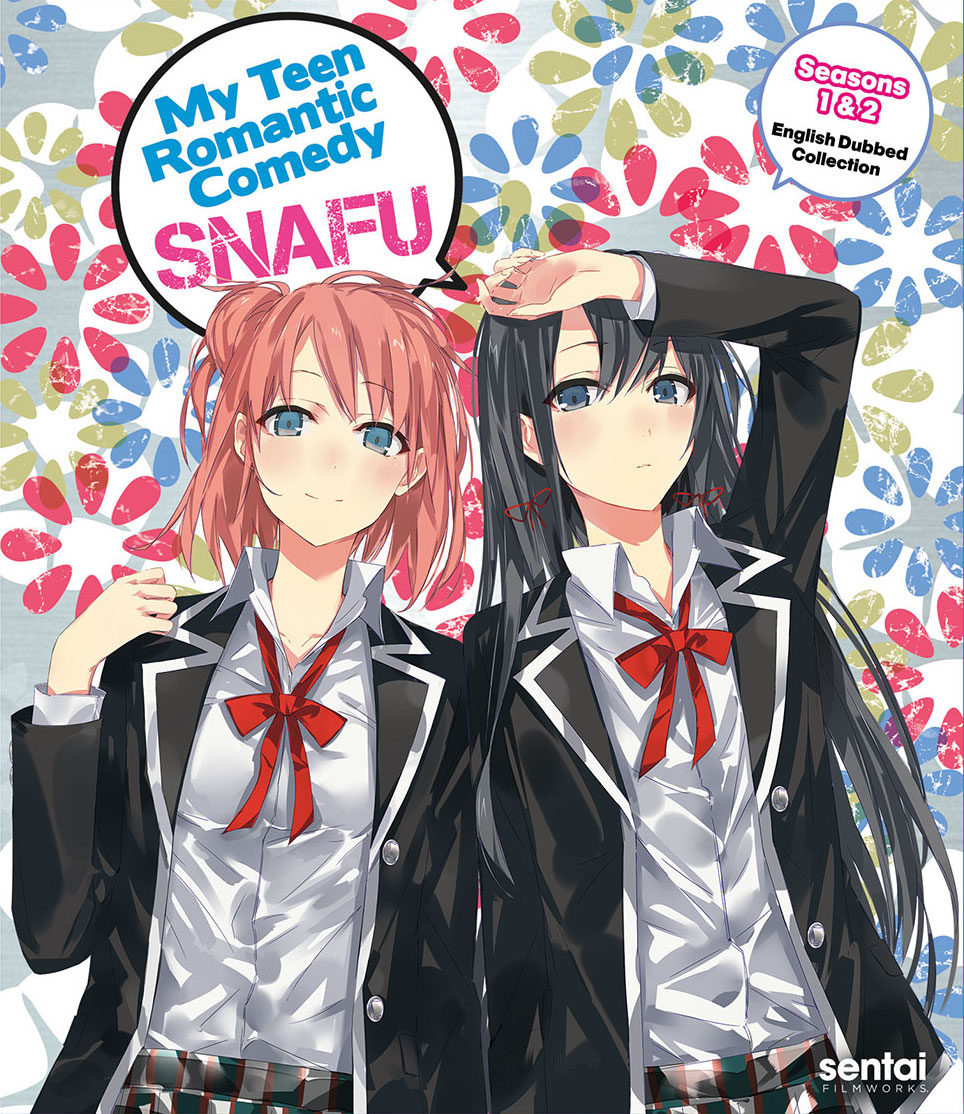 November 5th brings together the first two seasons of My Teen Romantic Comedy SNAFU, just in time for the recently-announced third season to get underway! When Hachiman Hikigaya, who has no friends and believes that anyone who likes high school is either deluded or a liar, is coerced into joining the "Services Club" run by Yukino Yukinoshita, who's smart, attractive and considers everyone to be her complete inferior, it's a catastrophe just waiting to happen. But it's not until the THIRD ingredient… Yui Yuigahama, who's cute, bright, cheerful, and needs help baking cookies… is added to the combustible mix that the sparks really start to fly. Is this a recipe for romance or a prelude to a nuclear meltdown? Get ready for rom-com gone totally wrong as the barrage-a-trois of the Service Club is unleashed on an unsuspecting student body! 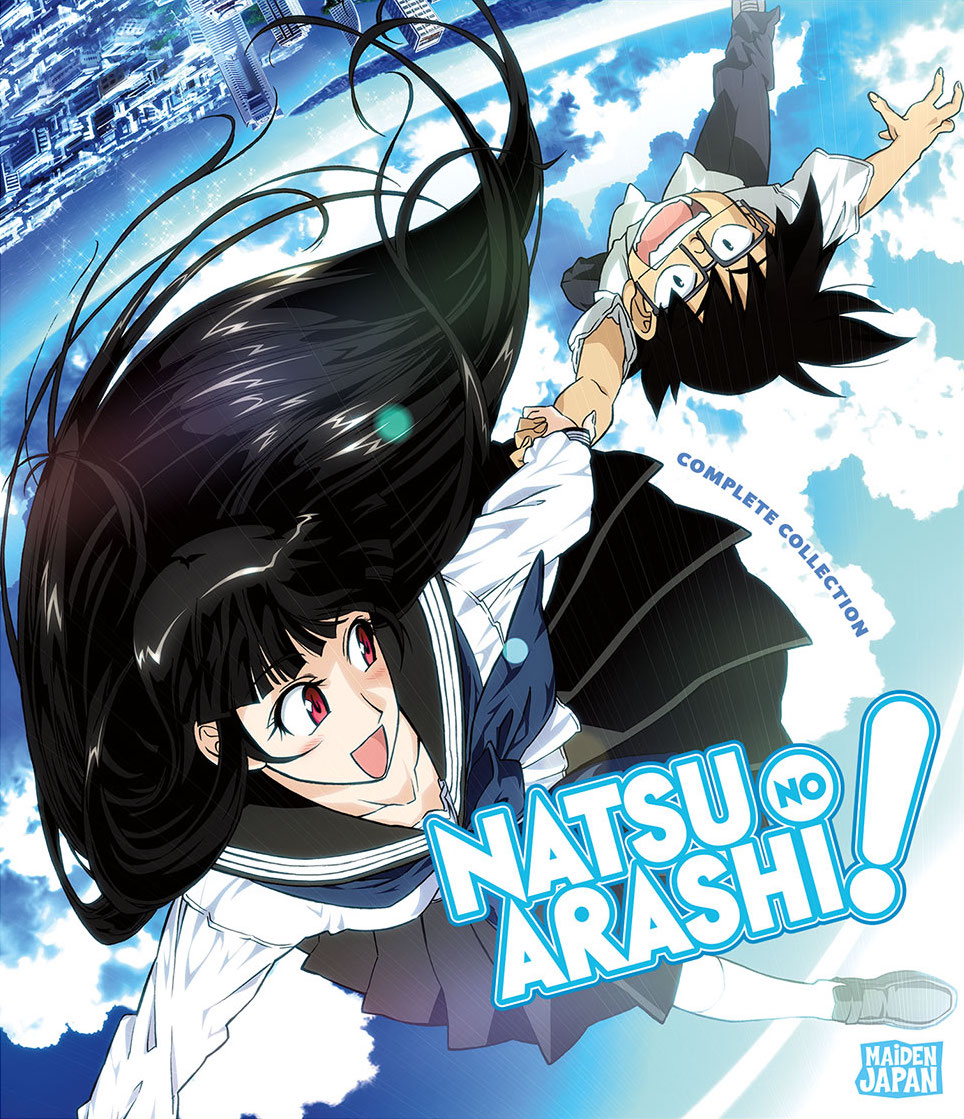 The 2009 anime series Natsu no Arashi finally finds it way to the American anime fandom, with Maiden Japan's release on November 12th! Sometimes when you meet someone, you just know they're going to be interesting, but when 13-year-old Yasaka Hajime meets an older girl while staying at his grandfather's house for summer vacation, he has no idea how much she's about to change his life! To begin with, while Arashi may only look a few years older than Yasaka, she's actually closer in age to his granddad! How is that possible? It seems that Arashi's not exactly human anymore, and besides being a ghost from 1945, she has an important mission that revolves around her ability to travel in time! Since Arashi can only travel temporally if she's accompanied by a living being from her current present, guess who's about to become her partner in paradoxity? 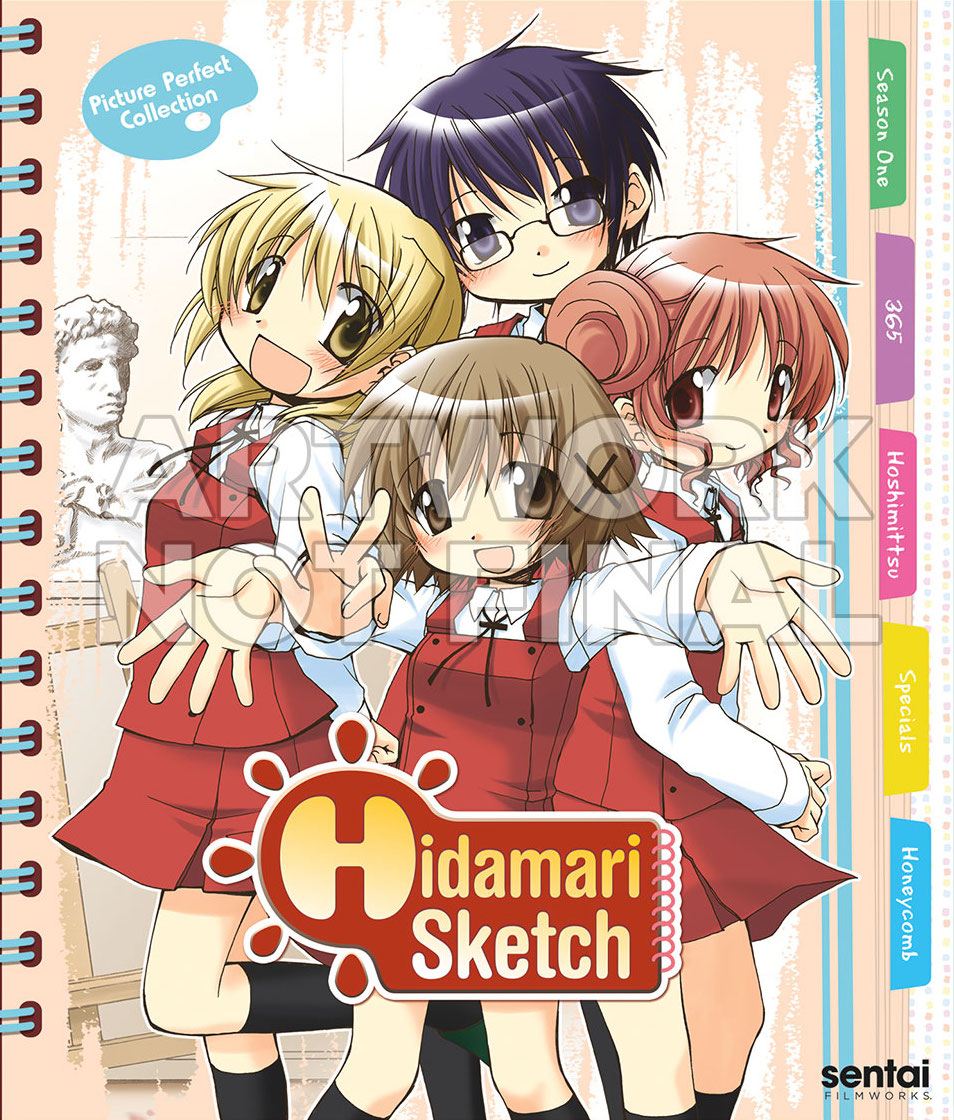 How much of Hidamari Sketch's cuteness can you handle? Try your hand at its complete collection when it's released on November 19th! Yuno has dreamed of attending Yamabuki Arts High School for years, but while it's an incredible opportunity, it also means moving away from her home and family. Fortunately, her new neighbors at the eclectic Hidamari (Sunshine) Apartments, most of whom are fellow students, will be there to help her through the transition! Soon Yuno's not only no longer feeling homesick, but she's gained a second family in second-year students Hiro and Sae, who do their best to play the role of older sisters, and her hyperactive new best friend and classmate Miyako. Add in a cosplay-obsessed homeroom teacher, her rather masculine landlady and all of the other odd denizens who inhabit Yuno's new world and there's always something fun and interesting going when new friends get creative! 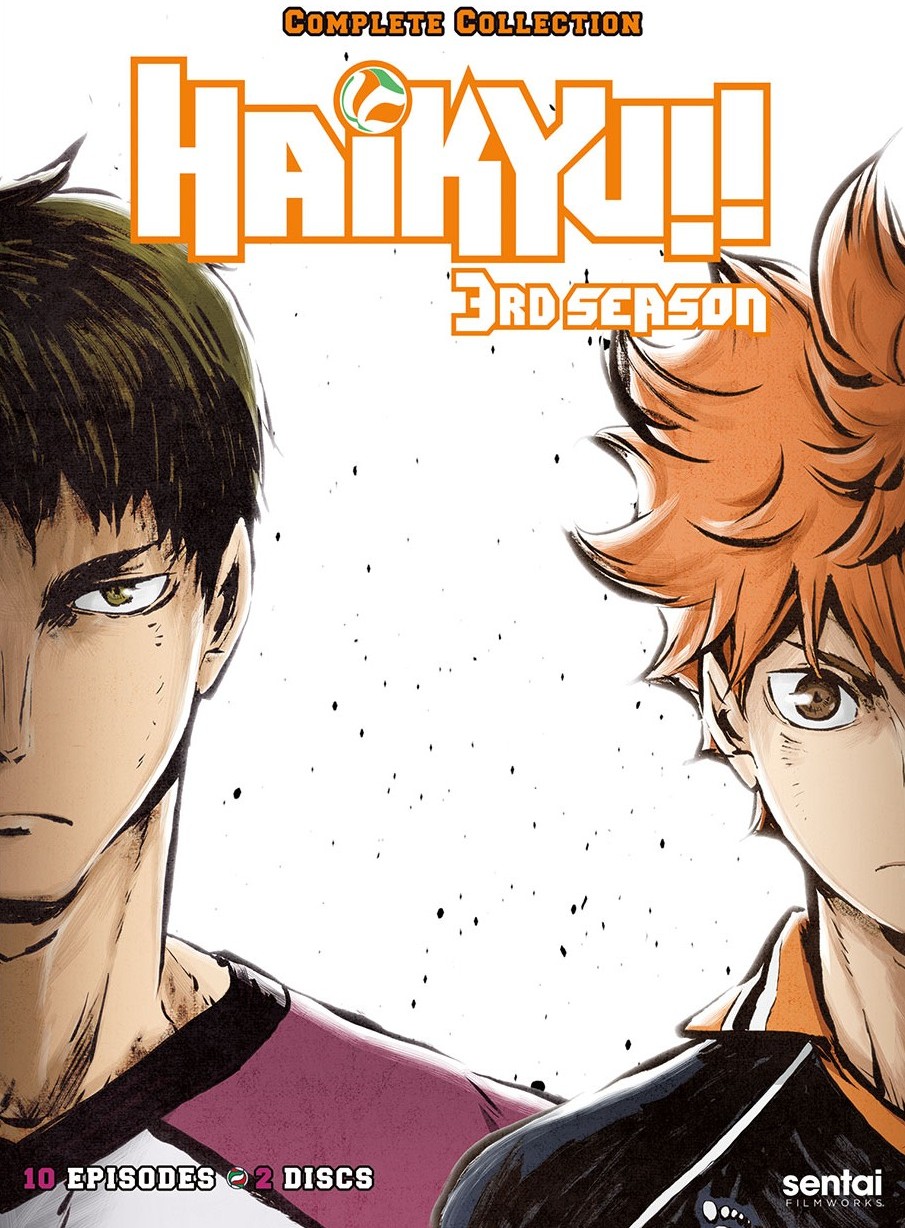 Lastly, the third season of Haikyū!! brings an epic championship to the courts on November 26th! The Miyagi Prefecture Representative for the Spring High School National Volleyball Championship continues as the Karasuno team advances to take on the undefeated prefecture champions, Shiratorizawa Academy High School. This is the strongest opponent Karasuno has ever faced, and the deck is stacked against them with an extra ace in the form Wakatoshi Ushijima, a powerful wing spiker who's already played with the National Team! If they want to win, Hinata, Kageyama and the rest of the Crows will have to learn an entirely new playing style in order to counter Ushijima and his seemingly unstoppable spike… and that's just the first lesson the Shiratorizawa veterans have in store for the Crows.