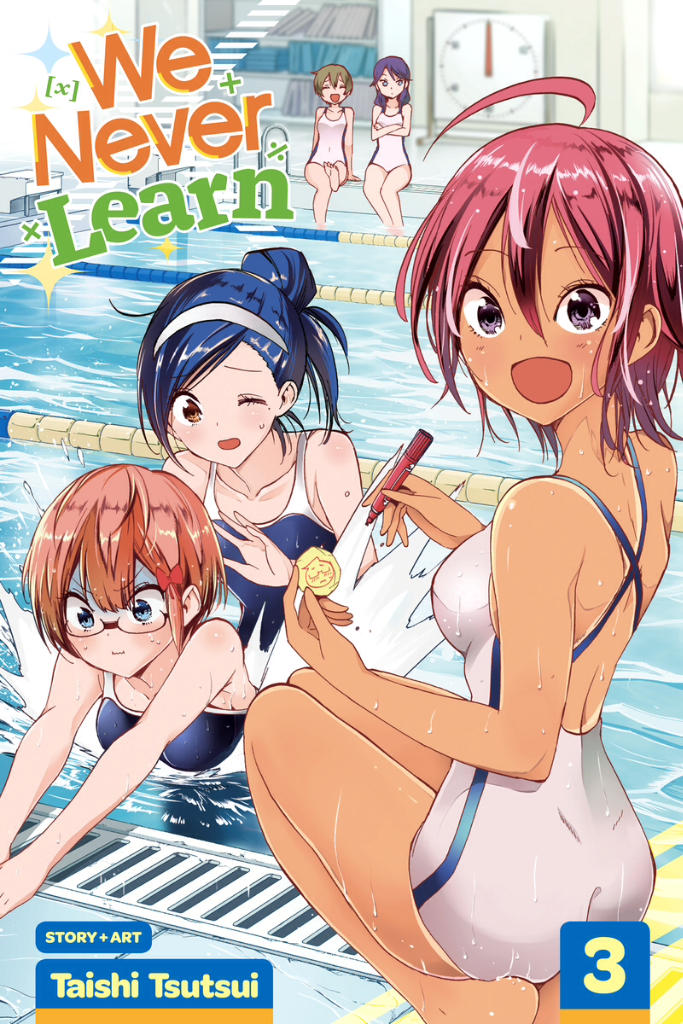 The proper way to do a harem comedy isn't to just have everyone be in love with the protagonist; it's with proper building of feelings and relationships that lead to story-writing gold. It's because of this key factor that makes Taishi Tsutsui's We Never Learn a much more enjoyable ride to go through, as the characters of Rizu, Fumino, and Uruka struggle to figure out what it is they like about their tutor Nariyuki. The misunderstandings, happy accidents, and even near-brushes with romance are what places this harem comedy higher than most other recent entries, as evident by its third volume.

This recent installment of We Never Learn puts a lot more emphasis on swimmer Uruka, who is now realizing how much she might be in love with Nariyuki. She attempts to make lunch for him, snoops around to see if he's already taken, and attempts to juggle both her studies and swim-meet practice. Meanwhile, Rizu struggles a day without her proper eyewear, whereas the study group attempts so see if focusing on their work while bathing will help retain their knowledge. Nariyuki also has a run-in with former tutor Kirisu-sensei, who has a couple of secrets of her own that the student discovers. 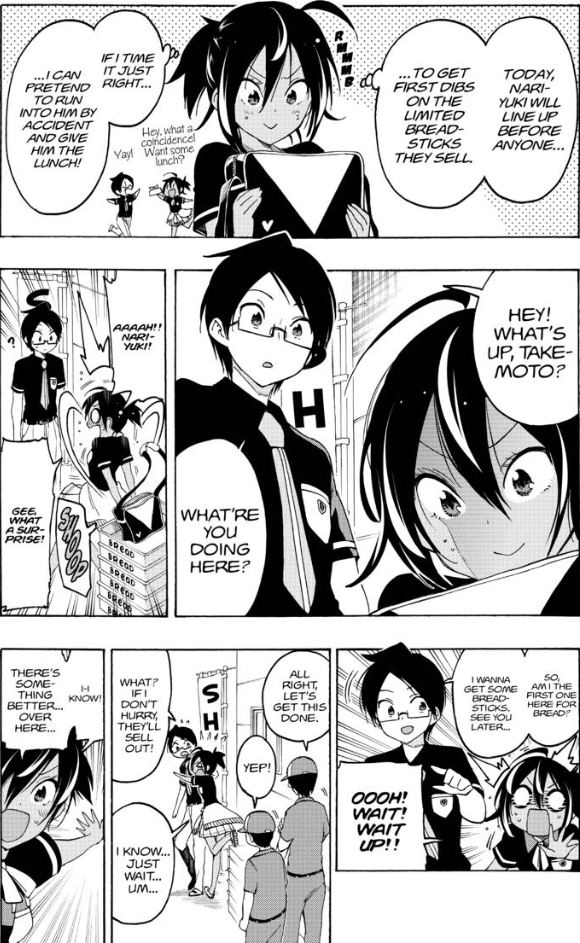 Perhaps what makes these recent chapters work well is the fact that none of the students fall into some sort of archetype trope. There are no fictional personalities traits like tsundere or moé, nor does it attempt to go back-and-forth between one's feelings. Instead, the characters of Rizu, Fumino, and Uruka are somewhat portrayed as genuine people. Granted, life's comedic ways are amplified for the sake of laughs, but that's to be expected from a series like this.

Thankfully, it's the comedy in We Never Learn that makes it easy to stick around for. Watching as people mistake Rizu's squinting for pure anger leads to some funny-as-hell reactions from Nariyuki and his fellow student body. A sleepover session party is presented innocently enough, until Rizu's father leaves a violent warning to the tutor hidden at the bottom of his udon bowl. Even the building-up of rumors about Nariyuki and his study group brings about some silly misunderstandings, none of which have the gossip quelled due to their actions. 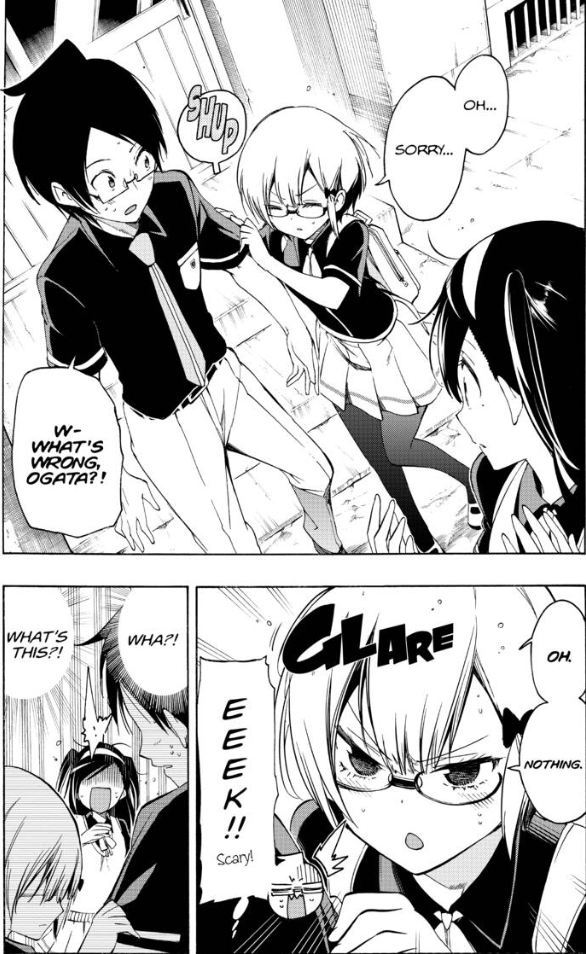 One of the most funnier storylines (and naughtiest thus far in the series) involves the study group attempting to try to focus on their subjects while in the tub. Due to Nariyuki's dumbness when it comes to using smartphones, his quest for knowledge keeps having him accidentally calling the girls. As one can probably guess, they're all attempting to study the same way, which leads them all to drift into lewd mentalities and the like. What happens when Nariyuki reaches Uruka and accidentally initiates video chat gives way to some laugh-inducing (albeit perverted) visuals that would leave anyone red in the face if it were to happen to them.

A minor complaint I have with this third volume is how Fumino is treated throughout. While there is a chapter that focuses on her, it feels more and more like she's playing second fiddle to everyone else in the cast. What makes We Never Learn work is how each character gets their own moment of balanced spotlight, and while Uruka, Rizu, and even Kirisu-sensei have those moments here, it seems to dim a bit when it comes time to aim our gazes at Fumino. A shame, as she often gave way to some fun and peppy storylines in the previous installments. 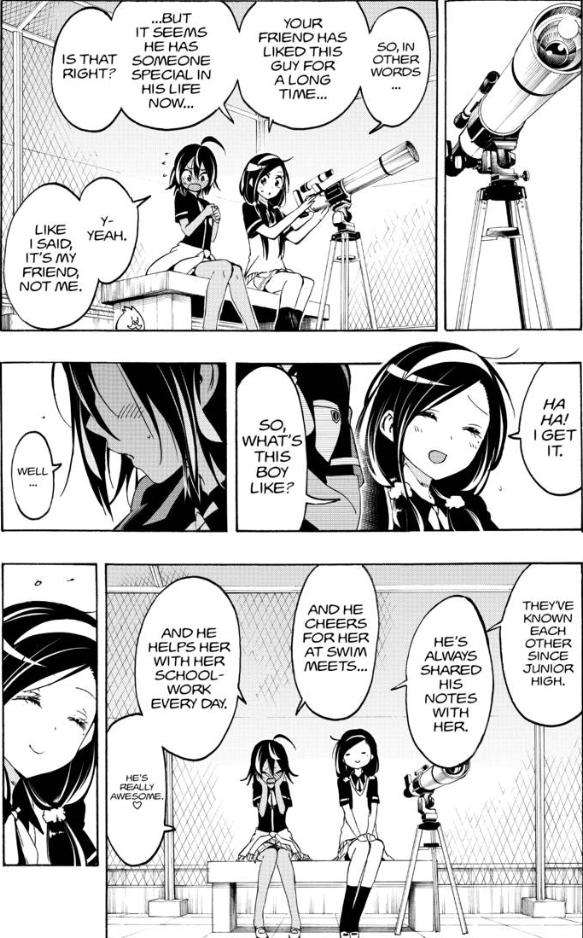 We Never Learn has managed to pull itself out of a predictable route this time around, giving way to fun & humorous ways for our main ladies to fall for their book-smart/street-dumb tutor. Despite the steaminess of the series having its heat turned up, Tsutsui still manages to put the sweeter moments over the naughty ones thanks to its well-written characters and bantering. As the will they/won't they paths branch out during this third volume, one can only guess whether or not one of Nariyuki's underlings will manage to steal his heart by series' end. Until that time comes, we can just be thankful for how entertaining We Never Learn has become.