HomeVideo GamesGAME REVIEW | Helping an Abductee From Afar in "STAY"

GAME REVIEW | Helping an Abductee From Afar in "STAY" 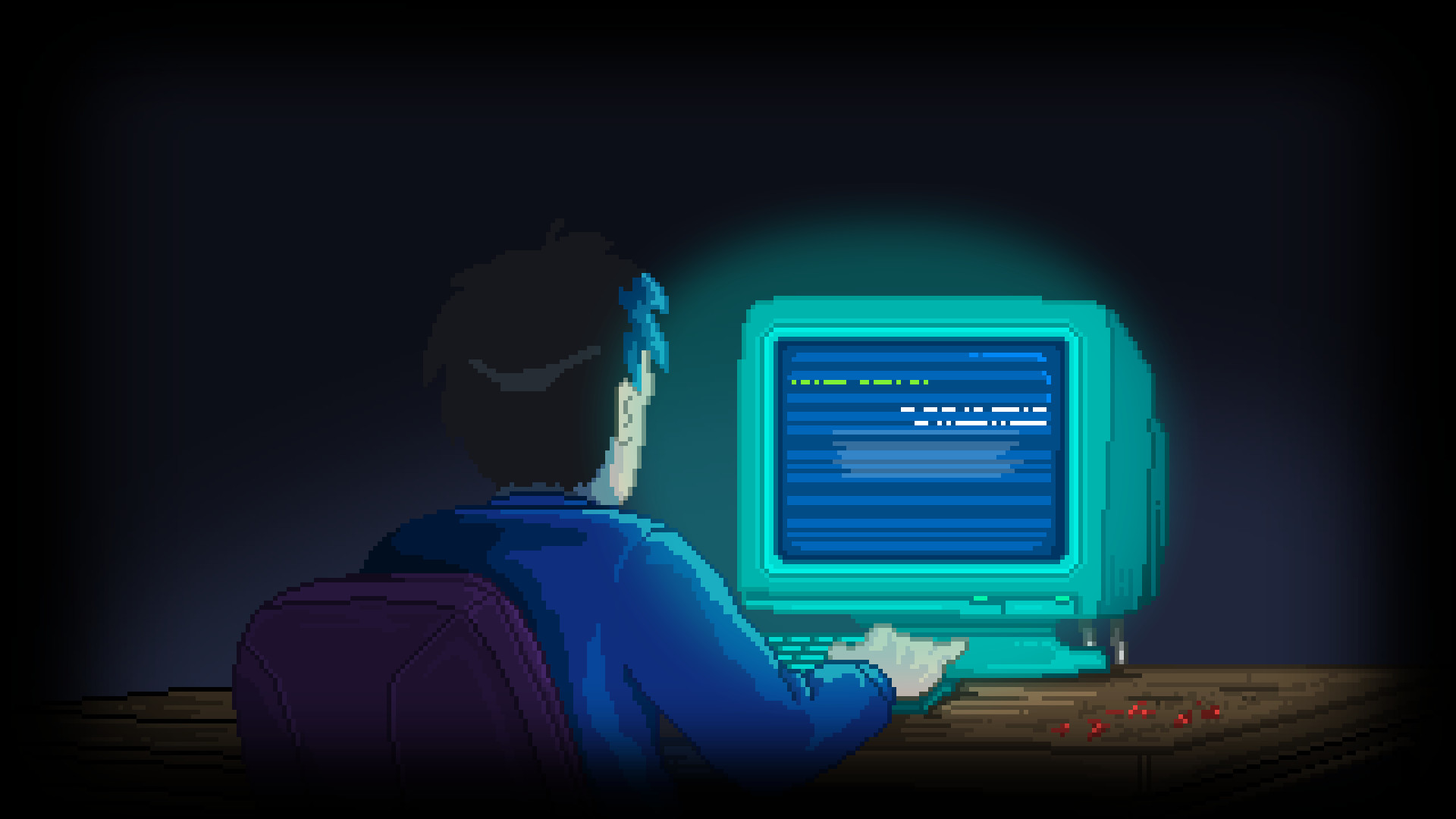 GAME REVIEW | Helping an Abductee From Afar in "STAY"

There have been plenty of adventure games and visual novels that are about a protagonist that tell the narrative from their perspective, but very rarely has there been one from another character's. It's especially different when that character is you, and that you aren't actually in the same environment as the protagonist. That's what STAY does, and its 'far away from the problem' situational gameplay makes for some interesting interactivity.

STAY starts off by having the protagonist Quinn kidnapped at their home and being knocked out. When they wake up, they find themselves trapped in a decrepit room, with the only things provided are some dingy lights, and a table with a computer on it. This is where you as a player also come in, as the PC has a connection to an online chatroom with you and the protagonist as the only ones in it. Together, you'll have to work together to make a good enough rapport and trust to find a way to escape this place Quinn is in. 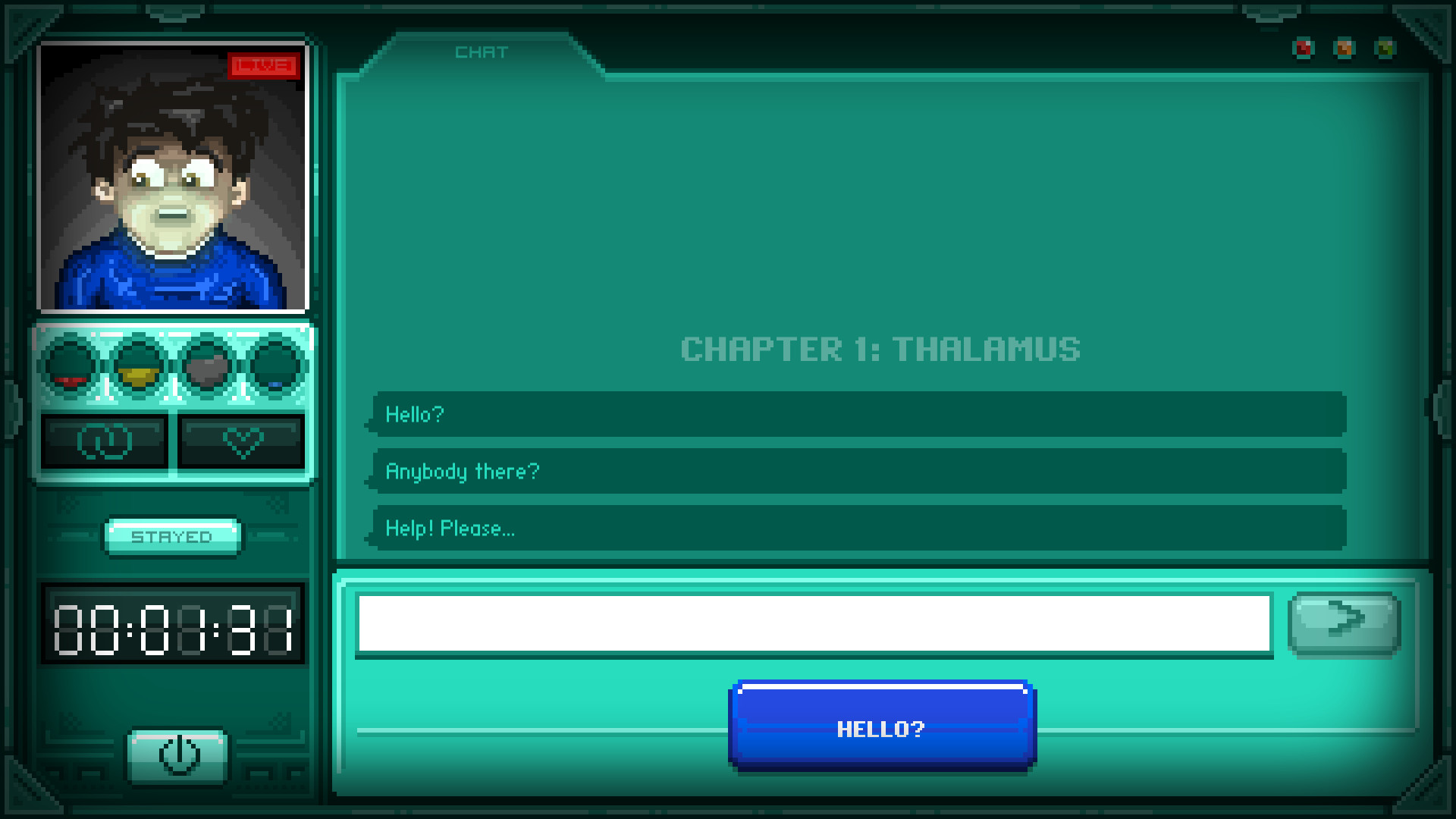 But since you are far from where Quinn is, you can really only provide Quinn with advice, moral support, or suggestions. Or you can be a jerk, which usually isn't that helpful. There are a few false choices, so sometimes you'll have to be mean though. There also is a status bar that shows Quinn's vitals to let you know how good of a partner you are being or what their mental state is so you can course correct. Another layer to to the game is the passage of time, and your presence in it. The game remembers how long you've been away, and the longer you are gone, the worse the protagonist will get.

Once you get out of the room, you'll also have to solve puzzles which can take awhile, but they are actually not too hard. There is no voice acting in the game, and the visuals are sprite-based, but they are rough. Despite this, the game still looks pretty good for the small team that worked on it. The music is pretty well-done, and does a good job at being atmospheric and bringing an ominous and oppressive nature to the game's score. 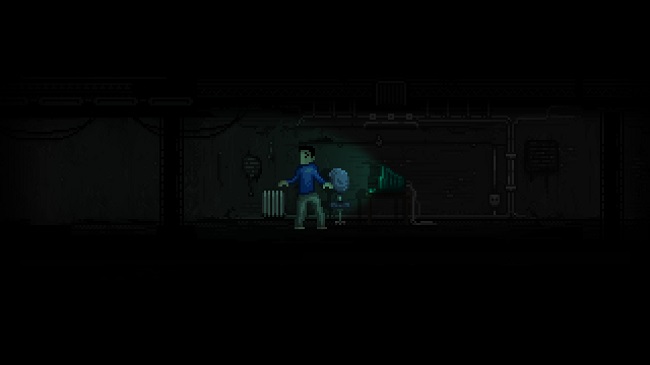 If there where any flaws, it would be the lack of a budget for voice acting, which would have been great for the game's setup for having dialogue auto-scroll, with no way to turn it off. The other issues are the lack of a hint system for the game's puzzles. One last issue is that players will need to find a good time to play this game from beginning to end, as you'll likely feel bad if you are away from the game for any extended length of time. (It took me over five hours to get through the game.)

So while STAY is short, that's a large stretch of time to play guilt-free with. But aside from those quibbles, STAY is a great adventure game/visual novel to pick up. A solid recommend.