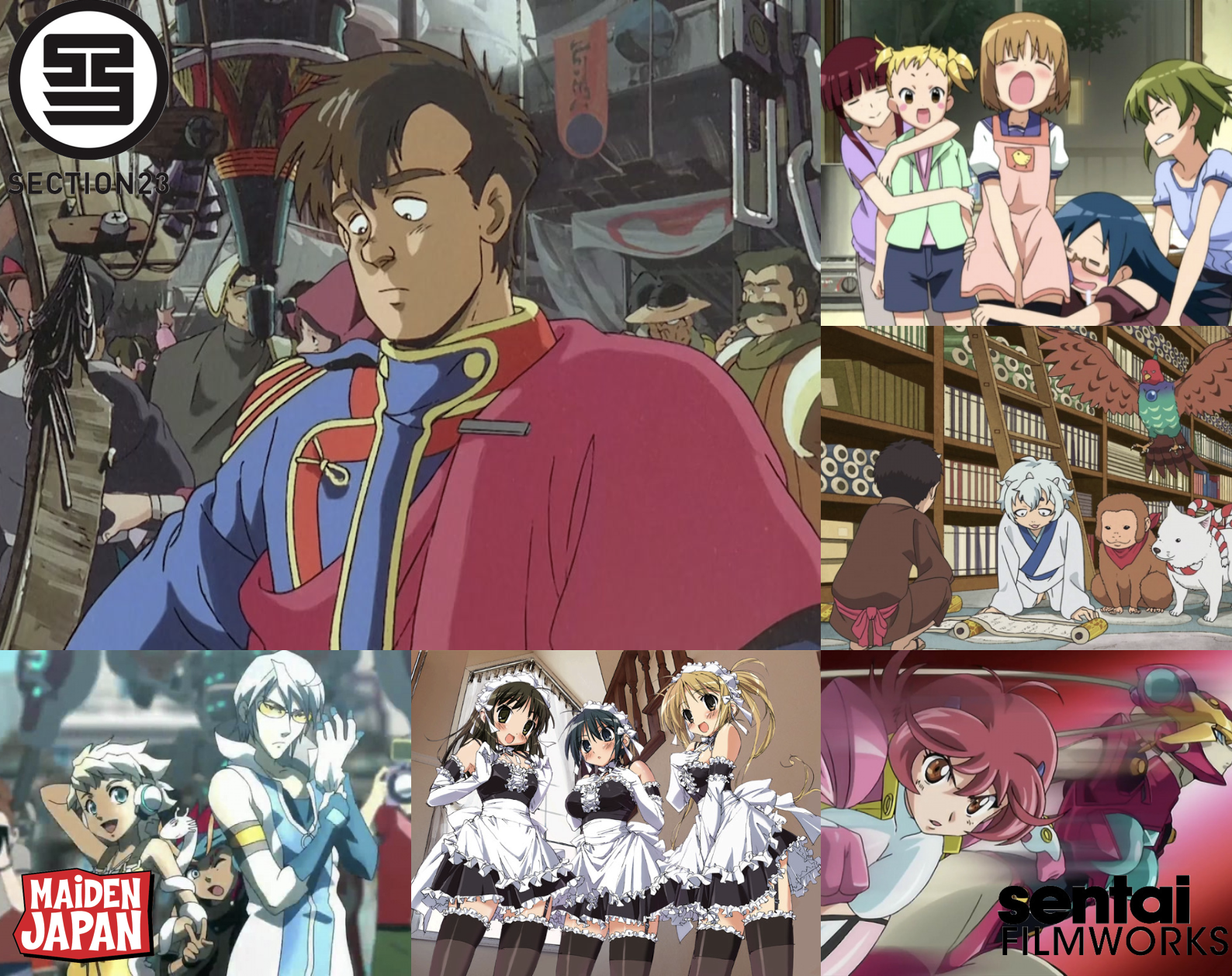 Where Spring ends and Summer begins, June starts to bring in more warmth and color to the world. In regards to the anime realm, June is where newcomers and classics can be found released hand-in-hand, as evident by Section23 Films' slab of titles! 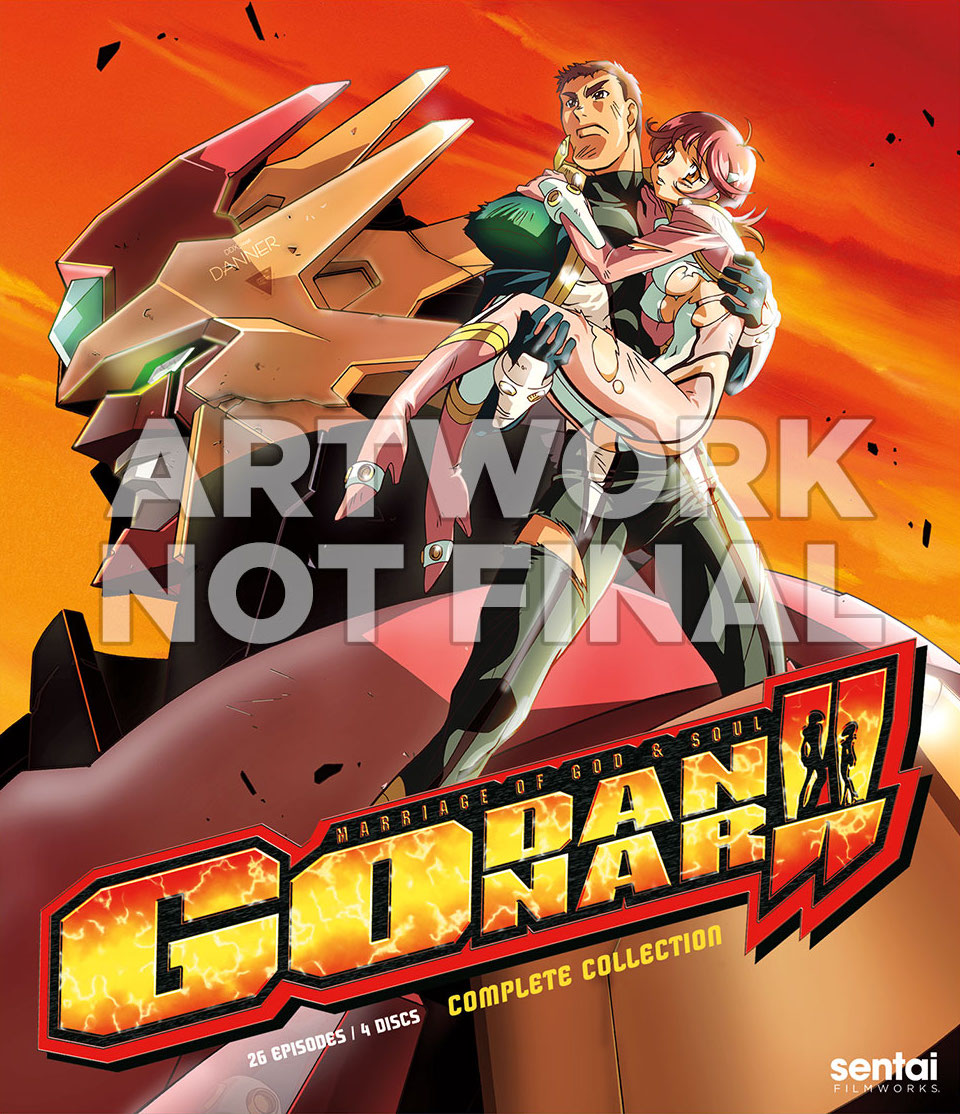 Things kick off on June 4th with two classic releases, starting with Godannar! Five years ago, Goh, the pilot of the giant robot Dannar, rescued Anna Aoi as the monstrous Mimetic Beasts attempted to wipe human life from the planet. Now the Beasts are back, but Goh's not going back into battle alone. Not only does his new bride-to-be Anna have a mech of her own, but their "his and her" giant robots are designed to mate together to form the ultimate in alien-smashing technology, the mighty Godannar! Unfortunately, while they may have the perfect partnership on the battlefield, things aren't running so smoothly on the home front and when "the other woman" from Goh's past suddenly returns, the rifts that are opened may be wide enough to put the entire defense of mankind in jeopardy! Can an international supporting cast of the wildest giant robot pilots ever hold the line until Goh and Anna can come together in the cockpit, join interlocking parts and create the perfect marriage of man, woman and machine? It's time to love, honor and kick serious monster ass as family ties go nuclear! 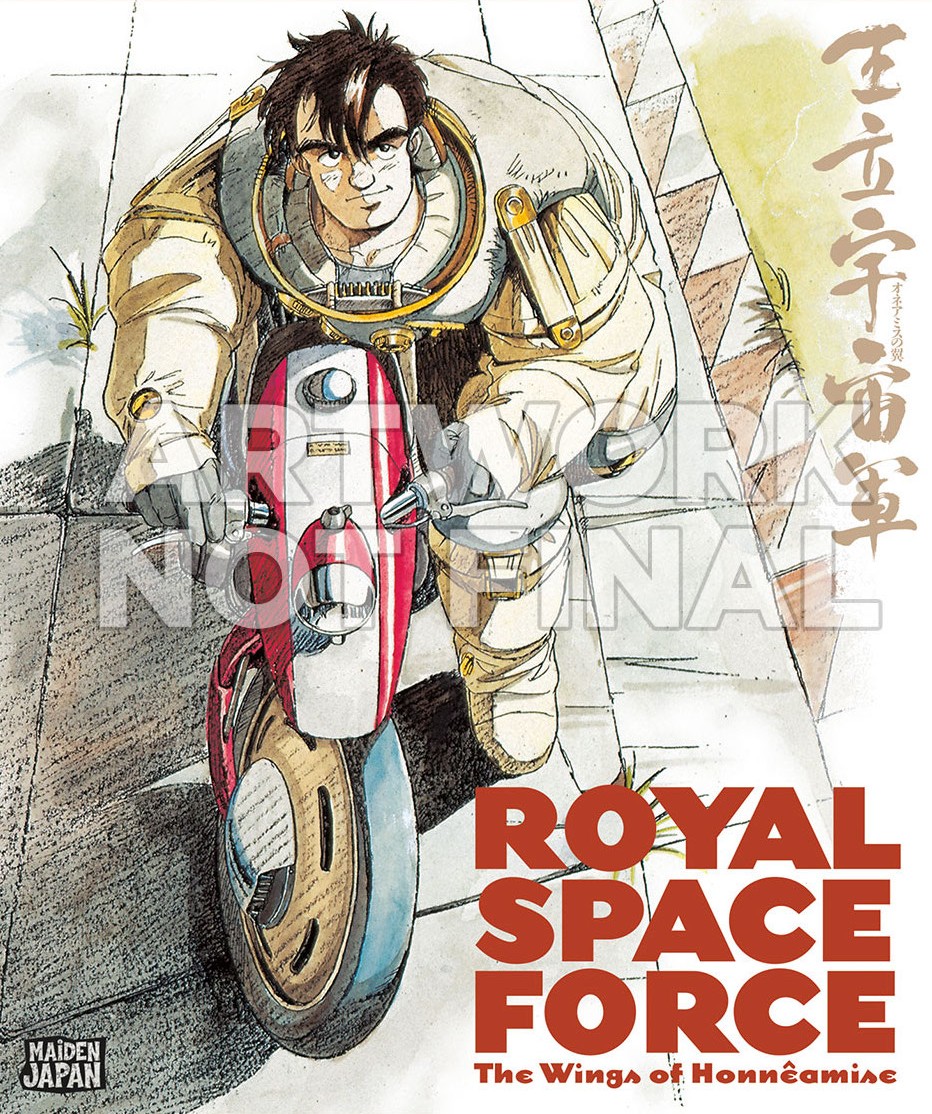 Also on June 4th is the long-awaited Blu-Ray release of the classic Gainax film Royal Space Force: The Wings of Honnêamise! In a world eerily similar to our own, war between the Kingdom of Honneamise and its archrival, The Republic, seems inevitable. But even as the two nations' rapidly evolving technology creates new ways to wage greater and more deadly forms of warfare, a small group seeks to use those same advances to propel mankind forward into the future and into space in their world's first manned spaceflight program. For astronaut candidate Shirotsugh Lhadatt, it's not just a journey beyond the reach of the atmosphere, but a personal odyssey as he grows from an aimless young man into a leader willing to put everything on the line in order to move the human race forward and away from the brink of Armageddon. Prepare to witness the legendary film that revolutionized the anime industry, launched the careers of dozens of today's animation superstars and put Studio GAINAX forever on the map as one of Japan's premiere production houses. (Its English dub also features a then-unknown Bryan Cranston as the voice of Marty Tohn!) 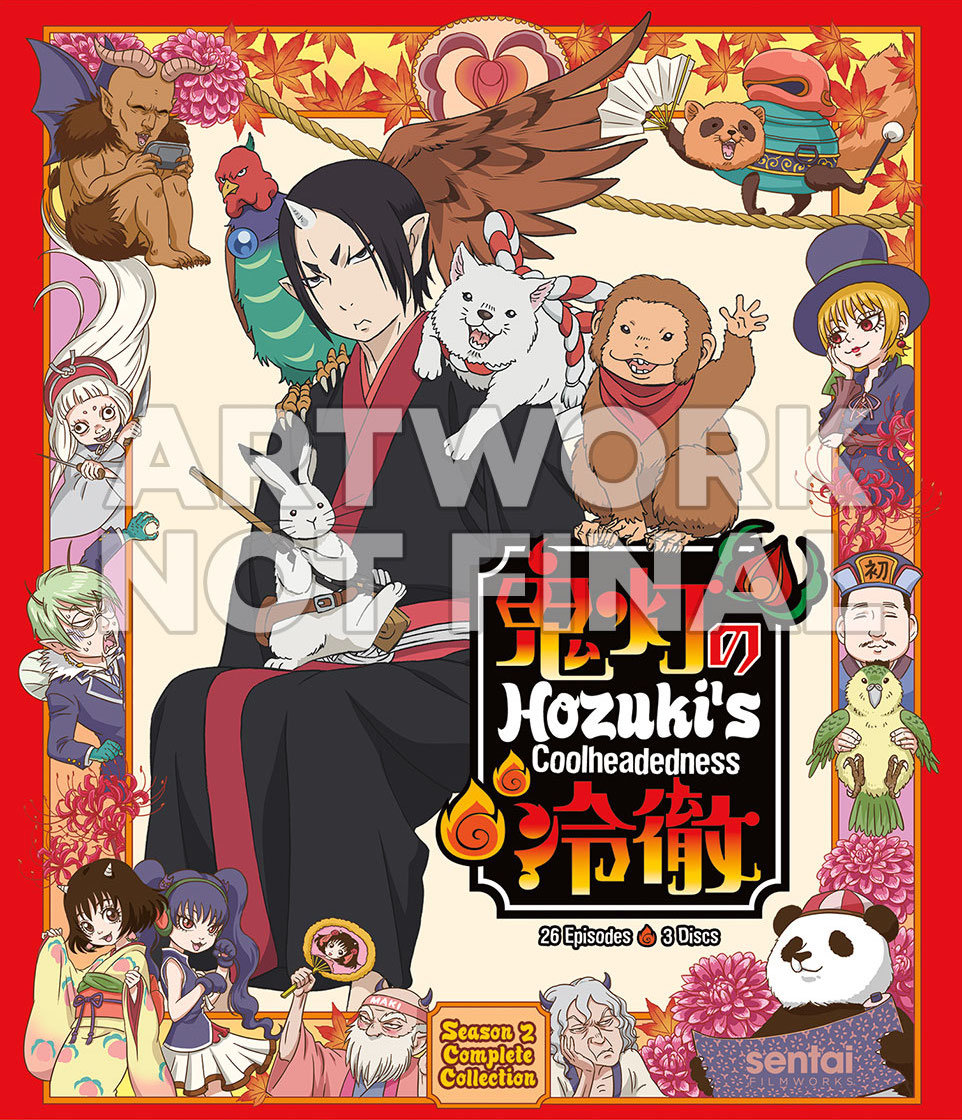 The second season of Hozuki's Coolheadedness brings a little more heat to the season on June 11th! The many souls of the dead make their way to the underworld and face the judgement of King Enma. As Enma's foremost aide, Hozuki is as busy as ever keeping things running. He oversees the punishments of the dead and instructs their tormentors, along with making an occasional inspection of the Mundane World. Together with his usual cohorts, Hozuki will encounter familiar faces from European Hell, a feisty princess, a crane, and other famous Yokai of legend. The exciting and rambunctious days in the underworld continue on! 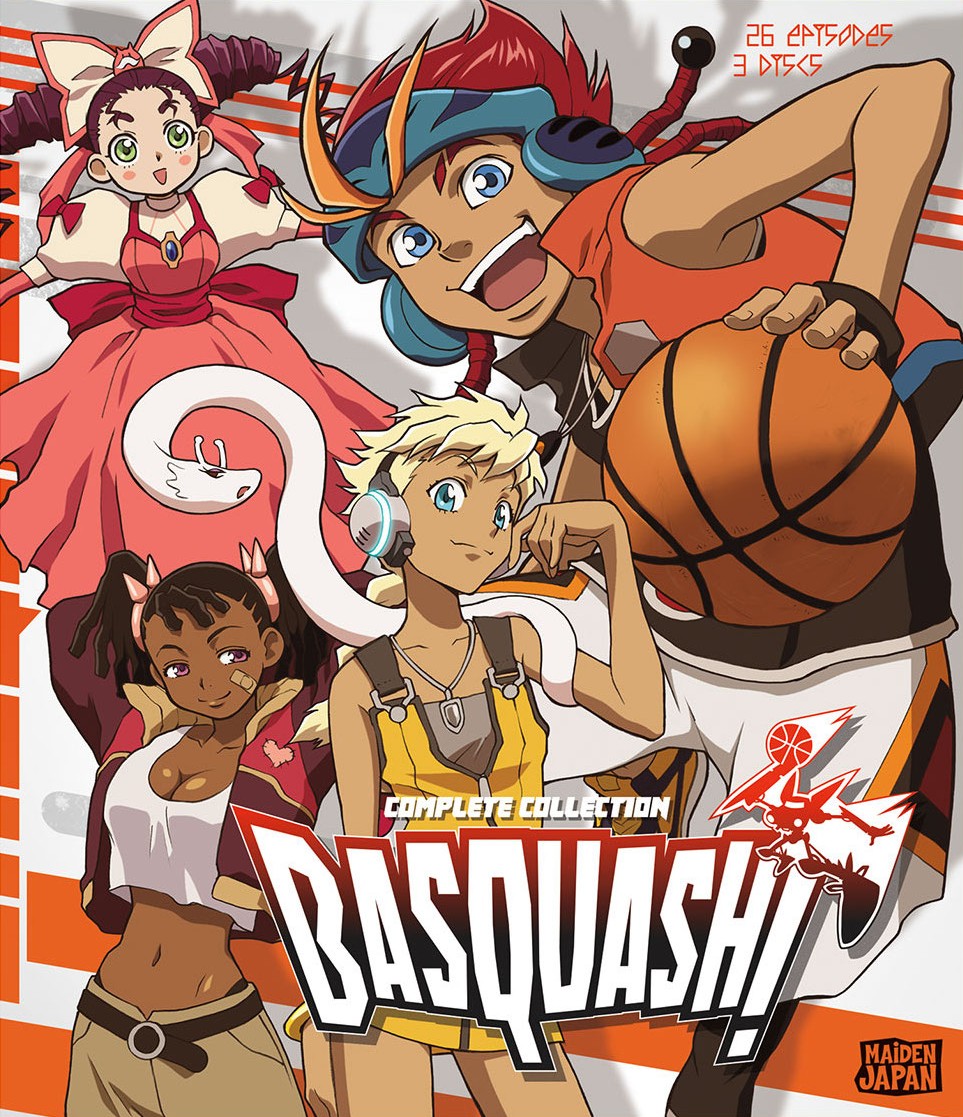 On June 18th, the anime Basquash! arrives to dribble it down the court! On the planet Earthdash, the infrastructure is crumbling and everyone wants to escape to the technologically advanced lunar city of Mooneyes. Unfortunately for young Dan, who dreams of taking his disabled sister to the moon for medical treatment for her paralyzed legs, only their societies' most elite are allowed to leave the planet. Dan's big chance comes when he crashes a game of Bigfoot Basketball, which is played with giant robots, and accidentally revolutionizes the sport. Taking the game to new heights of mayhem and destruction, he gains fame but not fortune or a trip to the moon. Instead, he'll have to fight his way to the top of a radically changed game while solving a mystery that could affect the future of the entire planet! 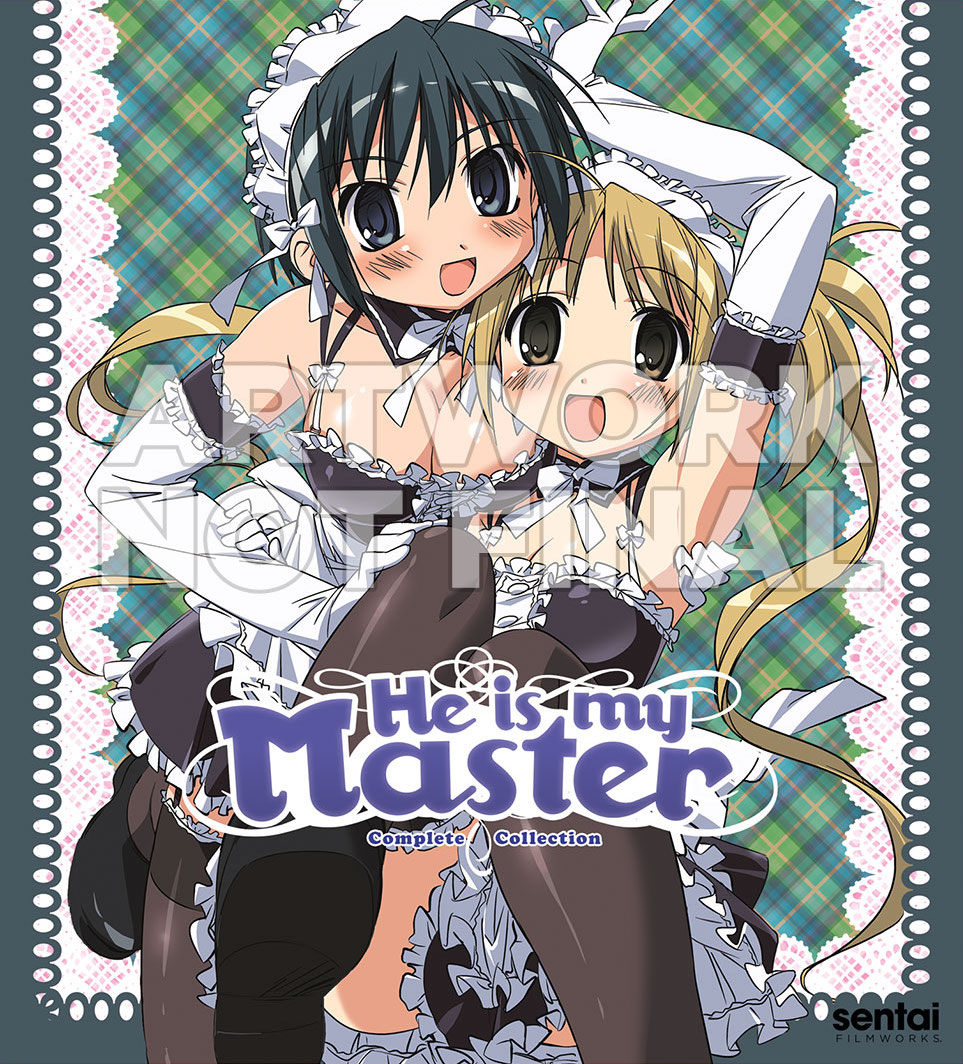 June 25th plays host to two releases, the first being the GAINAX classic He is My Master! Yoshitaka Nakabayashi may be young, rich and not unattractive, but as runaway sisters Izumi and Mitsuki Sawatari quickly discover upon becoming Yoshitaka's new maids, he has some SERIOUS issues. Like his insistence on being called "Master", and dressing the girls in costumes he creates himself. Unfortunately, Izumi's personal net worth is in the negative digits, and with Mitsuki and her pet alligator to support, she'll just have to grin and bear whatever comes out of Yoshitaka's twisted closet! But the costumes are only the beginning, and when Anna, a third au pair with obsessive issues of her own, joins the party the situation will go from bad to perverse. 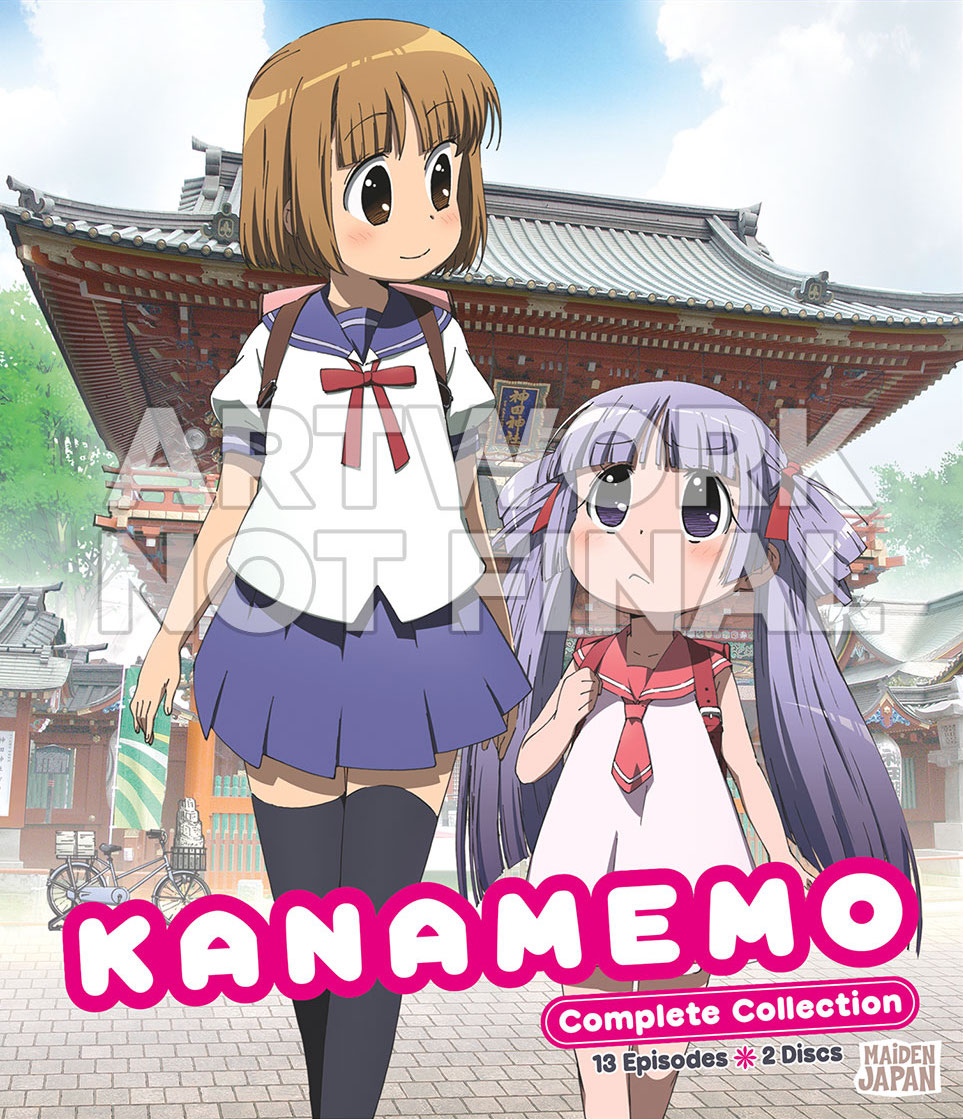 Lastly, Kanamemo arrives also on the 25th to peddle on through the rest of the month! 13 is really young to have to take care of yourself, but when her grandmother dies, Kana Nakamachi unexpectedly finds herself out on the street looking for a new place to live. Fortunately, luck takes her to a local newspaper office that needs a new delivery girl and the pay includes room and board! Of course, there are a few problems at first: besides being underage, Kana doesn't even know how to ride a bike! So, it's a good thing that her new co-workers are willing to help her out, even if most of them are more than a little eccentric. Between Saki, the group's elementary school-age chief, sugar-obsessed Yume, her neurotic girlfriend Yuuki, tomboyish Hinata and lecherous Haruka, they'll get Kana up, on her feet and delivering papers with a smile!