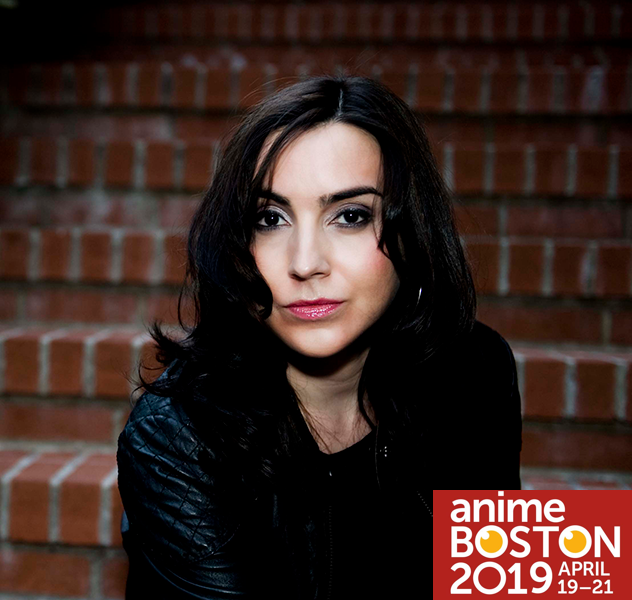 Slayers' most powerful sorceress heads on over to Anime Boston 2019, as the annual convention announces that voice actor & director Lisa Ortiz will be partaking in this year's festivities.

A New York-based veteran voice actor, director and producer, Lisa Ortiz's career as a voice over artist began under the shroud of an attempted auto larceny gone awry. (Long story.) She is most well known for her role as Lina Inverse in Slayers, and Amy Rose in Sonic the Hedgehog, but she began her career as the high elf Deedlit in Record of Lodoss War. Since then she has gone on to record dozens of anime, series, audio books, video games, and films both as a voice and as a Producer, Director, and Adapter.

Lisa is currently the director of Pokémon Sun and Moon and has worked on the show in various capacities over the years since the Indigo League. Lisa has voiced many characters over the years: Misty’s older sister Daisy, Sabrina, Flannery, Oshawatt, Fletchling, Litten, Korrina, Torracat, and Poipole. She can currently be heard as Mini in RoboCar Poli, Noembelu in Street Fighter V, as well as on the Nickelodeon show Royal Academy, amongst others. Her favorite roles include: Serenity Wheeler in Yu-gi-oh; Tony Tony Chopper in One Piece; Shiori in Revolutionary Girl Utena; Rina in Time of Eve; The Devil in Gangstar 4; Musa/Icy in Winx Club; Azalyn in The Irresponsible Captain Tylor; and Tsubasa Shibahime in His and Her Circumstances.

Directing credits include: Psychic School Wars, The Dark Knight Rises, Dungeon Hunter 5, and Netflix’s Heroes United. She is President of Noise of O Productions, and currently resides in NYC with her fabulous felines Fitz and Boudica (Boodie); she does not own a car.