The magical girl genre has seen its fare share of interpretations. Some go the happy-go-luck route of Pretty Cure and Cardcaptor Sakura, whereas others like to add some grim to the formula in such shows as Puella Magi Madoka Magica and Magical Girl Raising Project. Even still, there's still a lack of the grimier perception of this world. That's where Magical Girl Spec-Ops Asuka wants to give its viewers a full face of, and it doesn't want to let them forget what they experience.

Based on the manga by Makoto Fukami & Seigo Tokiya, Magical Girl Spec-Ops Asuka places magical girls in the same line as one's military. When a threat involving things not normal of this world is involved, that's when the magical girls are called in. But these battles are not filled with cute spells or defeating evil with the power of love; that would be dumb, of course. Nay, these magical girls are packing with real fire power, from blades and guns to even explosions. There are still magical creatures and the like, though they are usually just for intel and not much else. 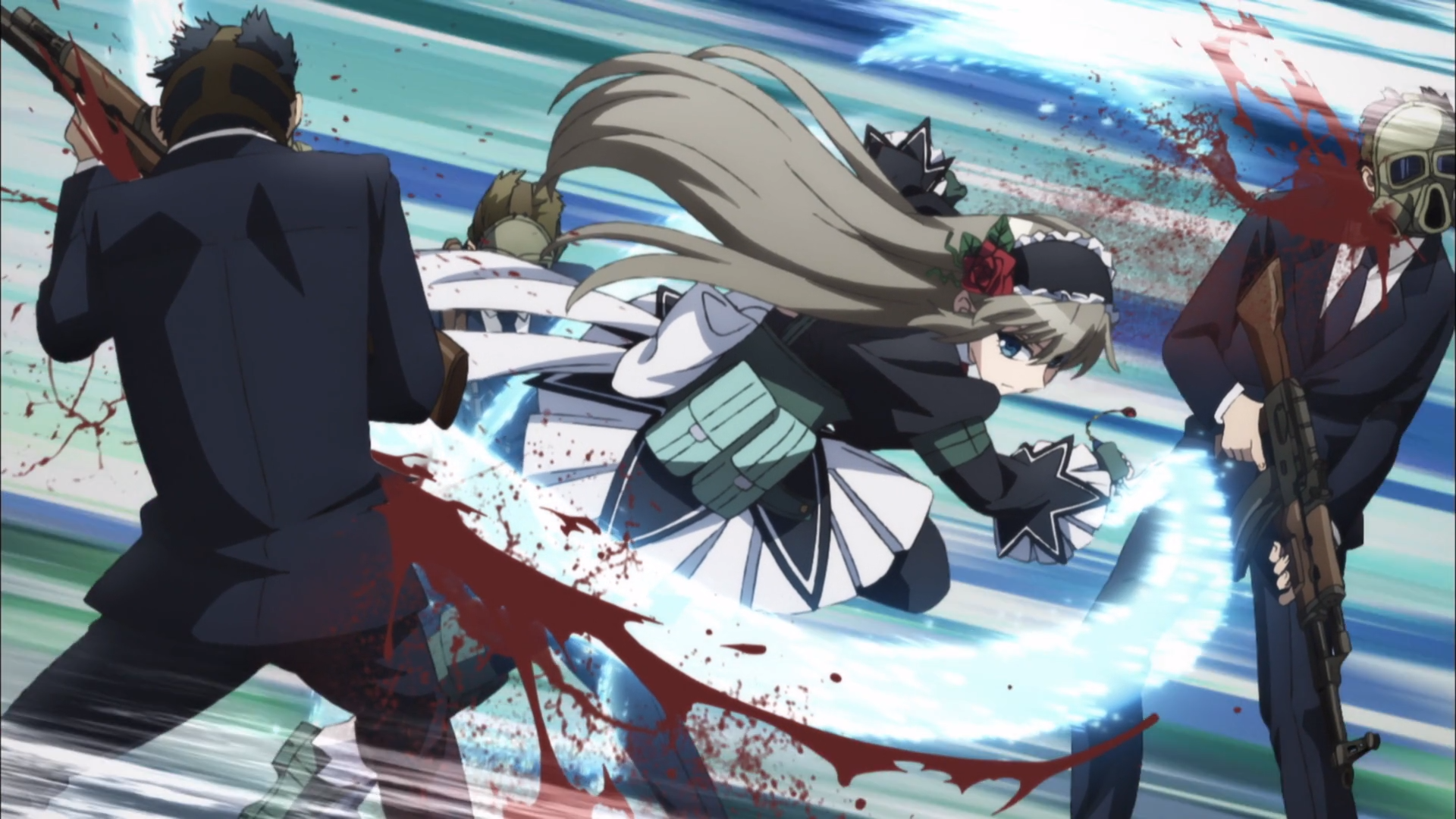 The focus of this anime is on "Rapture" Asuka Otori (Aya Suzaki), a retired magical girl still scarred from her final battle. When a new threat appears, her onlooker Yoshiaki Iizuka (Kenji Nomura) attempts to convince her to join a a new team known as M Squad. She's hesitant at first, but when her magical girl friend "War Nurse" Kurumi Mugen (Akira Sekine) returns to her life -- along with watching her friend Nozomi (Rie Takahashi) tortured by illegal magical girls led by the Babel Library -- she decides to return to the force. As she returns to the world of battle, Asuka quickly discovers the plethora of evils that take advantage of magic, from evil magical girls to even the Russian Mafia.

One of the things that keeps me impressed with Magical Girl Spec-Ops Asuka is its real treatment of the fantastical elements. It's very apparent that Asuka suffers from PTSD, and the mental wounds caused by her past fights and trauma is on full display. In a way, it's pretty amazing that no mahō shojo or bishojo senshi has tackled this element of human nature in their series. It makes you wonder if characters like Sakura Kinomoto or Usagi Tsukino have some sort of trauma deep from within, considering many of the life-threatening incidents they've been involved in. While we may never see either of those heroes in some sort of therapy session involving their internal demons, this series does what it can to put a spotlight on some of the moments that are skimmed over in the more family-friendly series in the same genre. 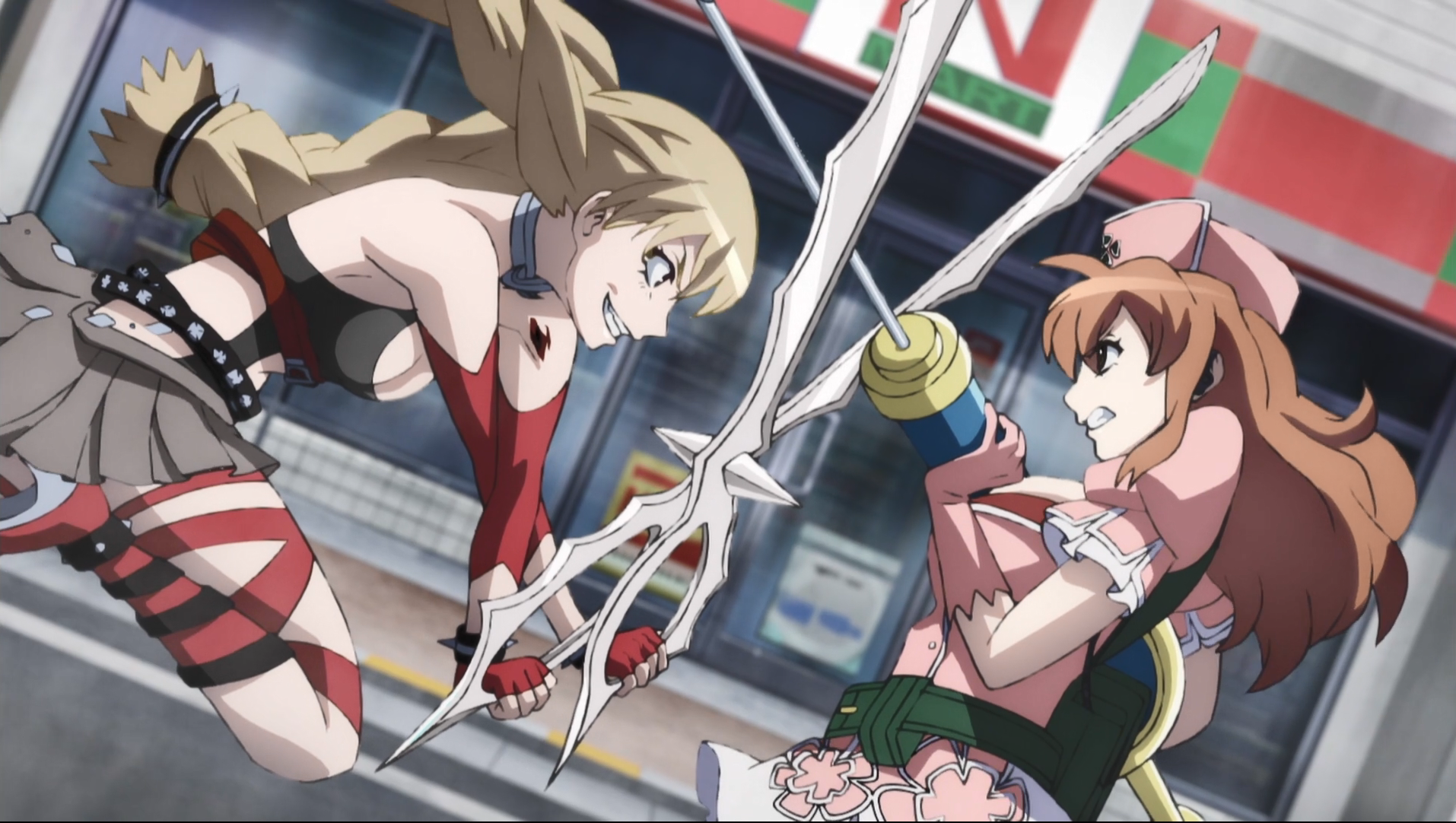 Considering what Asuka and Kurumi deal with, it's no wonder why our titular character has so many issues. The battles they get into are less fantastical and more along the lines of a Call of Duty/Battlefield campaign. And it never shies away from the violent aspect of these battles. Despite the cuteness of the Disas Bears, they do not in the least bit screw around when it comes to their missions. Onlookers are shredded apart, eaten, and pummeled into a pile of meat. All of this is presented with more blood and carnage than most TV anime usually gets away with.

Even more gruesome is when magical girls go up against their own. Case in point, a battle with "Pick Scissors" Abby (Ayahi Takagaki) involves limbs being chopped off, one of which winds up being of Nozomi's. Nothing is held back in battle, with the magical girls using any tactic possible to either immobilize or kill their opponent. In some cases, even forms of torture are placed to gain more info, as evident in Kurumi's face-to-face time with Nazani (Shizuka Ishigami). Despite how powerful they can be, the magical girls show that they have no problem getting their hands dirty for the sake of a safer world. 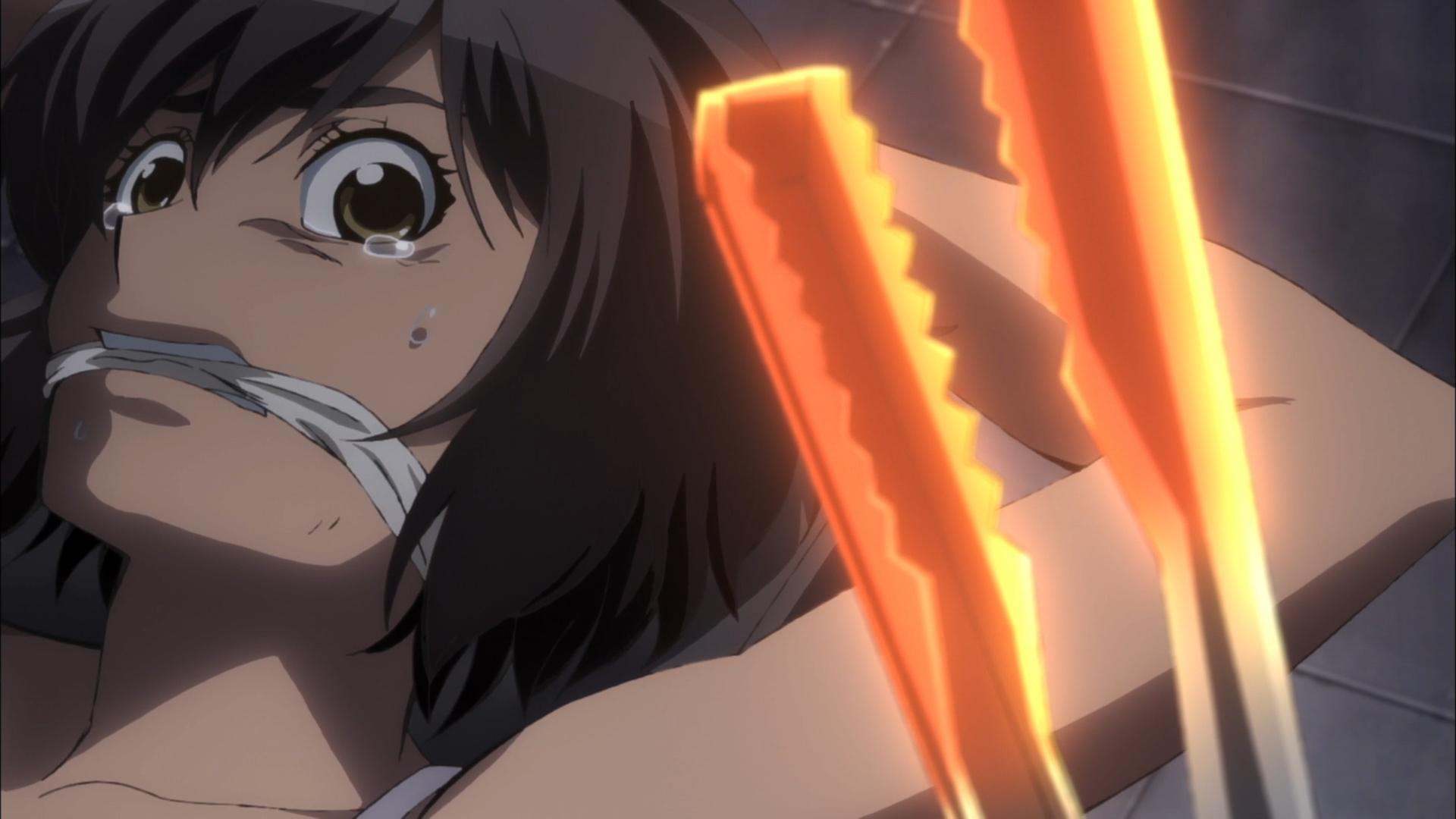 Yet even in these grim times, there's still room for laughs in Magical Girl Spec-Ops Asuka. It's not hidden at all regarding how Kurumi feels about Asuka, with her lovey-dovey attitude when she thinks of her being pretty humorous. Best friend Nozomi acts as a pretty good comic relief character, with her high energy being reminiscent of that of Tomo from Azumanga Daioh. (Her role is almost put to an end during the kidnapping story, with her suffering PTSD after being rescued that gets wiped away -- along with her memories of the past week -- with the aid of magic.) And despite their somewhat uselessness, it's kinda snicker-inducing seeing when a familiar pops on the screen to explain a very violent maneuver a magical girl is making.

Liden Films is no stranger to violent anime, thanks to their works in Killing Bites and Terra Formers. Here, the carnage is captured with much detail, especially when someone says farewell to an appendage. However, it's when the show calms down where I started seeing some character design flaws. Eyes would look off, and -- in a few cases -- a person's literal outline would seem a bit thicker than normal. It's off-putting to say the least, but it doesn't take away from the show's more impressive parts. 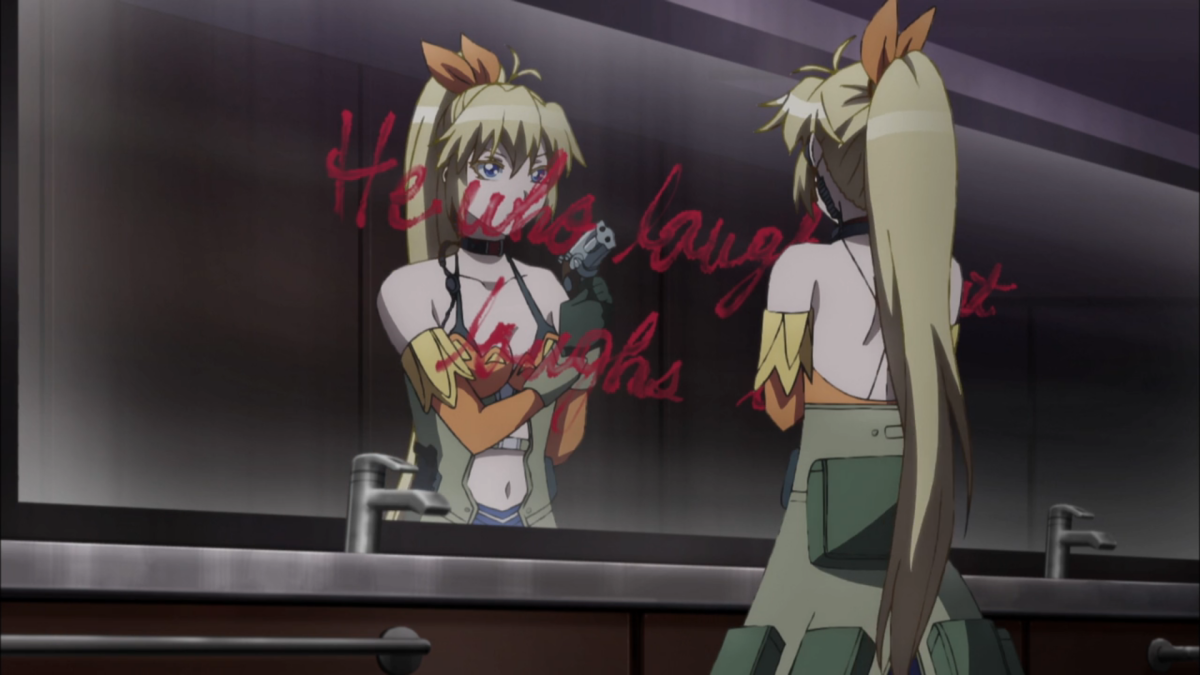 Suzaki plays Asuka with regret in her voice, as she attempts to pick up the pieces of her somewhat broken life. Her somber attitude is put on display as one that's filled with bad memories and an aching heart, all of which Suzaki brings to believable levels. Sekine's Kurumi is the opposite, being bubbly in her personality and a source of good feels when amongst friends. The same can be said about Takahashi's Nozomi, who has quite the can-do attitude. However, it's when she experiences trauma when Takahashi's acting chops are on full display, giving way to a performance that will have no trouble chilling viewers to the bone.

Composer R.O.N (FLCL Alternative) delivers a very techno-friendly soundtrack, giving the series Eurobeat-infused fight sequences that fit well with one another. Opening theme "KODO" by nonoc stays with the theme of the soundtrack, delivering a loud and bombastic melody that calls back to the late-90s rave scene heard from the likes of The Prodigy and Scooter. End theme "Rebel Flag" by GARNiDELiA tones it back a bit, but nonetheless delivers a satisfying pop rock sound that fits with the show's tone.

Magical Girl Spec-Ops Asuka isn't for the ordinary fan of the mahō shojo genre; in fact, it's quite the opposite. This is a balls-to-the-wall anime that holds nothing back in its presentation. While some of the violence may conflict with the more day-in-the-life aspects it presents, that's all somewhat the point. After all, while we're all fast asleep with little cares in the world, the military works around the clock to keep the evils at bay from reaching normalcy. For that, Magical Girl Spec-Ops Asuka deserves some credit preserving this balance. At the very least, you'll get one hell of a badass show that continues the trend of making magical girl anime the complete opposite of its original intention.