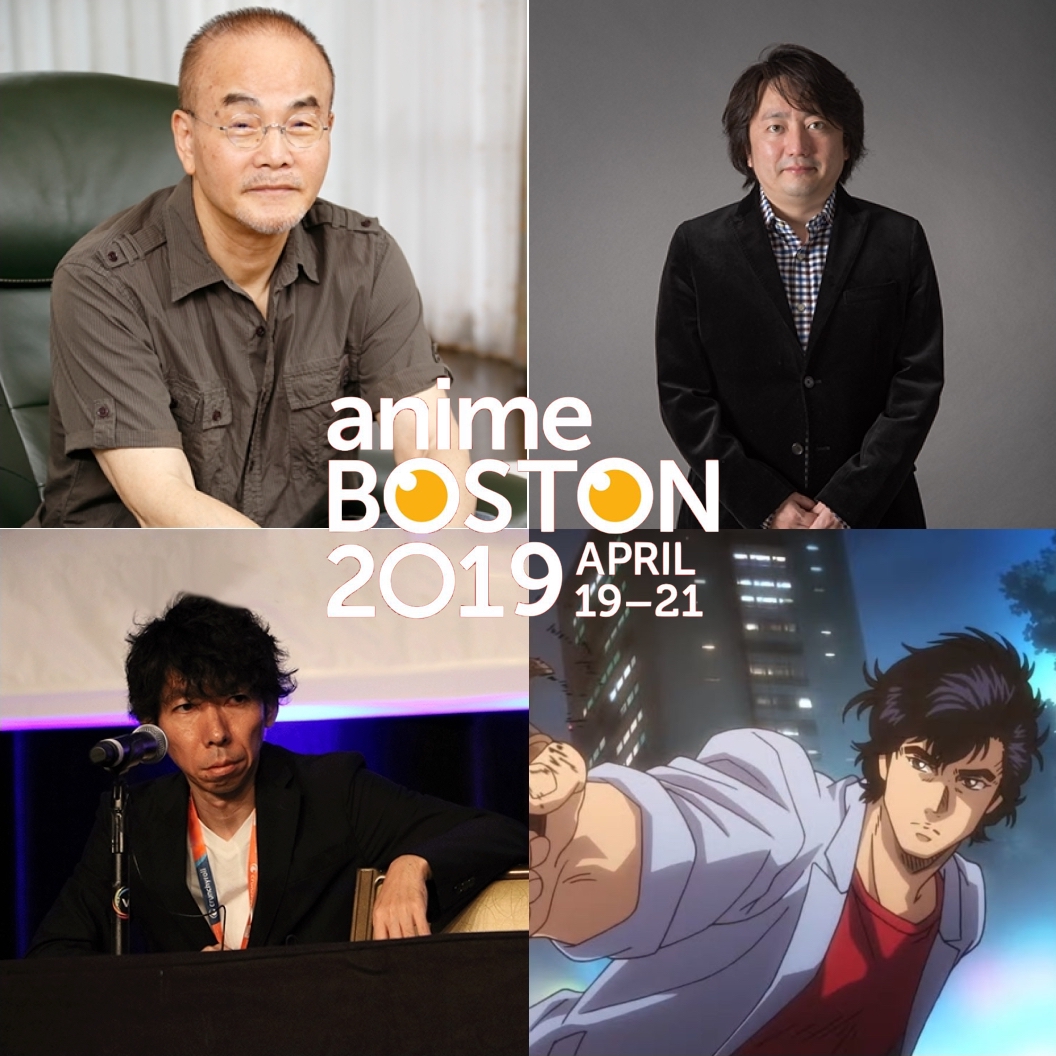 Anime Boston 2019 is itching to hit its con-goers over the head with a 100-ton mallet, as it welcomes three key members of the recent City Hunter film to the annual event: director Kenji Kodama, producer Naohiro Ogata, and writer Yoichi Kato!

Kenji Kodama is best known as a series director, working on such titles as City Hunter, Detective Conan, Kekkaishi, and Tales of the Abyss. Starting his career in 1970 at Tokyo Movie, Kodama worked as an animator for titles such as Kyojin No Hoshi and Shin Obake No Q Taro. Building on his experience as a key animator for the Lupin III Part III television series, he worked on Shin Dokonjogaeru as an episode director and then Cats Eye as an episode director and later as the series director. In the 1980s he worked on the Sunrise, Inc. series City Hunter as series director, but also handled other roles such as storyboards, script writing, and animation directing. In the mid-90s he was the series director for Detective Conan television series and films for its first six years. In the 2000s he was the series director for Kekkaishi and Tales of the Abyss. His most recent project was directing the City Hunter: Shinjuku Private Eyes film.

Naohiro Ogata joined Sunrise Inc. in 1997 and has been involved as a Producer in various anime titles including Kekkaishi, Tales of the Abyss, Inuyasha: The Final Act, Mobile Suit Gundam UC, Mobile Suit Gundam Thunderbolt, and most recently City Hunter: Shinjuku Private Eyes.

Yoichi Kato is a 40 year old screenwriter, born in 1979 in Tokyo. He was a TV script writer for documentary, news, and music programs before becoming a screenwriter for anime. He has worked on scenarios for both anime television series and films, including titles such as Yokai Watch, Aikatsu, and Space Brothers. He has also worked with Kenji Kodama on Kekkaishi, Tales of the Abyss, and most recently City Hunter: Shinjuku Private Eyes.

“It’s really exciting to have such a talented group of people coming to Anime Boston. Kodama-san has been instrumental in the creation of so many quintessential anime series like City Hunter and Detective Conan. Ogata-san has produced some of the biggest franchises like Inuyasha and Mobile Suit Gundam. And Kato-san put the life into the story of Kekkaishi and City Hunter: Shinjuku Private Eyes,” said Convention Chair Kristen Leiding. “They have all made innumerable contributions to the art and craft of anime.”