HomeAnimeANIME REVIEW | "Release The Spyce" Delivers On The Cute Badassery

ANIME REVIEW | "Release The Spyce" Delivers On The Cute Badassery 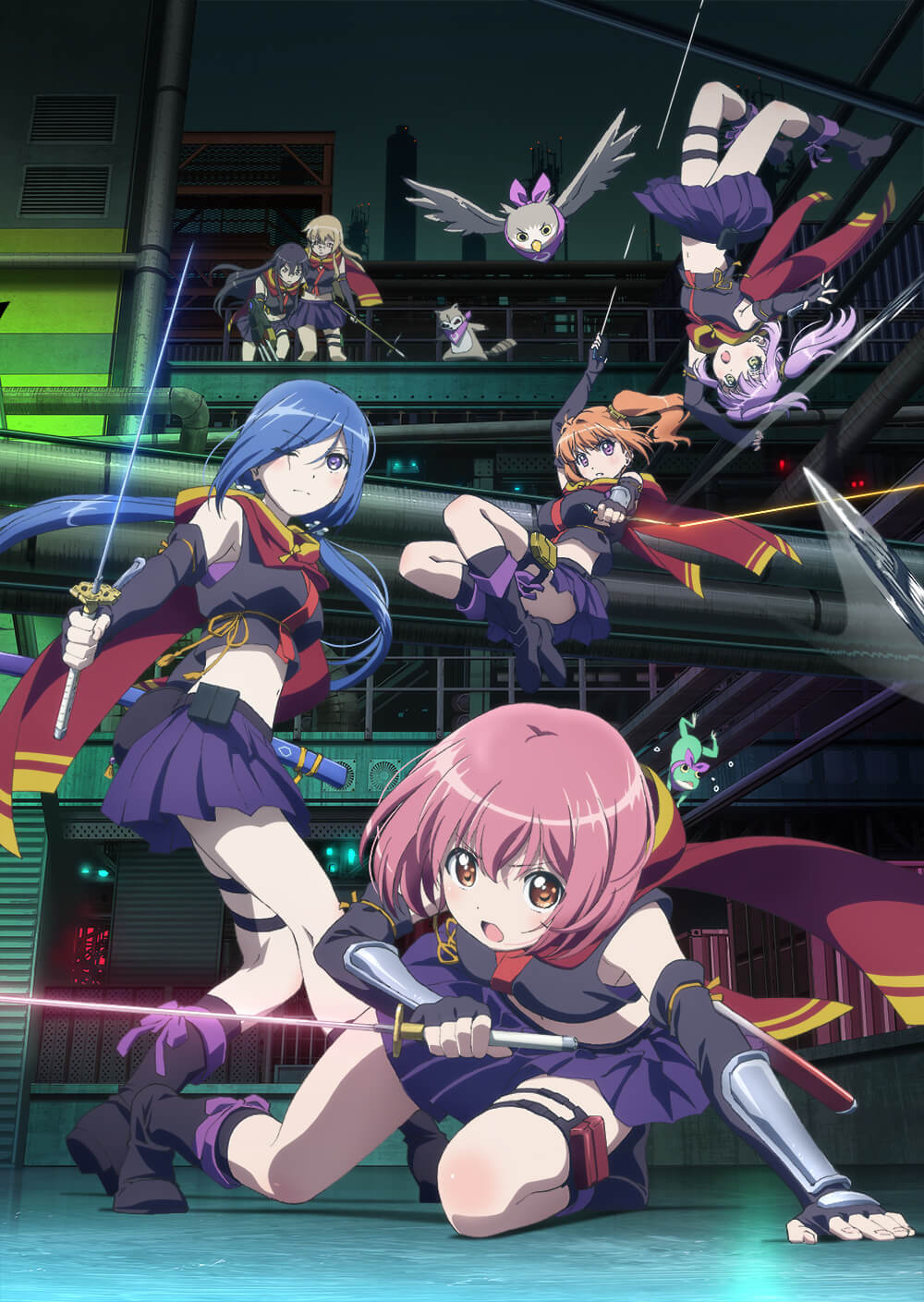 ANIME REVIEW | "Release The Spyce" Delivers On The Cute Badassery

It seems odd on paper at first. Take the creators of Akame ga Kill! and YuruYuri, and have them concoct a series together. The team-up of Takahiro and Namori has led towards the creation of Release The Spyce, a new anime series that places adorable high schoolers into some high levels of danger and espionage. Not only does this strange mixture of cutesy & deadly mesh well, but it also delivers some swift kicks and justice around nearly every corner!

Release The Spyce follows a group of female spies called Tsukikage, who fight against the crime bosses that are threatening the city of Sorasaki. New student Momo Minamoto (Yukari Anzai/Juliet Simmons) finds herself befriending many members of Tsukikage, including the guitar-playing Mei Yachiyo (Aya Suzaki/Cat Thomas) and Goe Ishikawa (Yuri Noguchi/Avery Smithhart). After revealing her knack of tasting and smelling how people think and feel, Momo is soon wrapped up in Tsukikage, training to be an elite spy by leader Yuki Hanzōmon (Manami Numakura/Kira Vincent-Davis). As the training goes on, the evil organization Moryo gets closer to brainwashing the townspeople and, just maybe, the world! 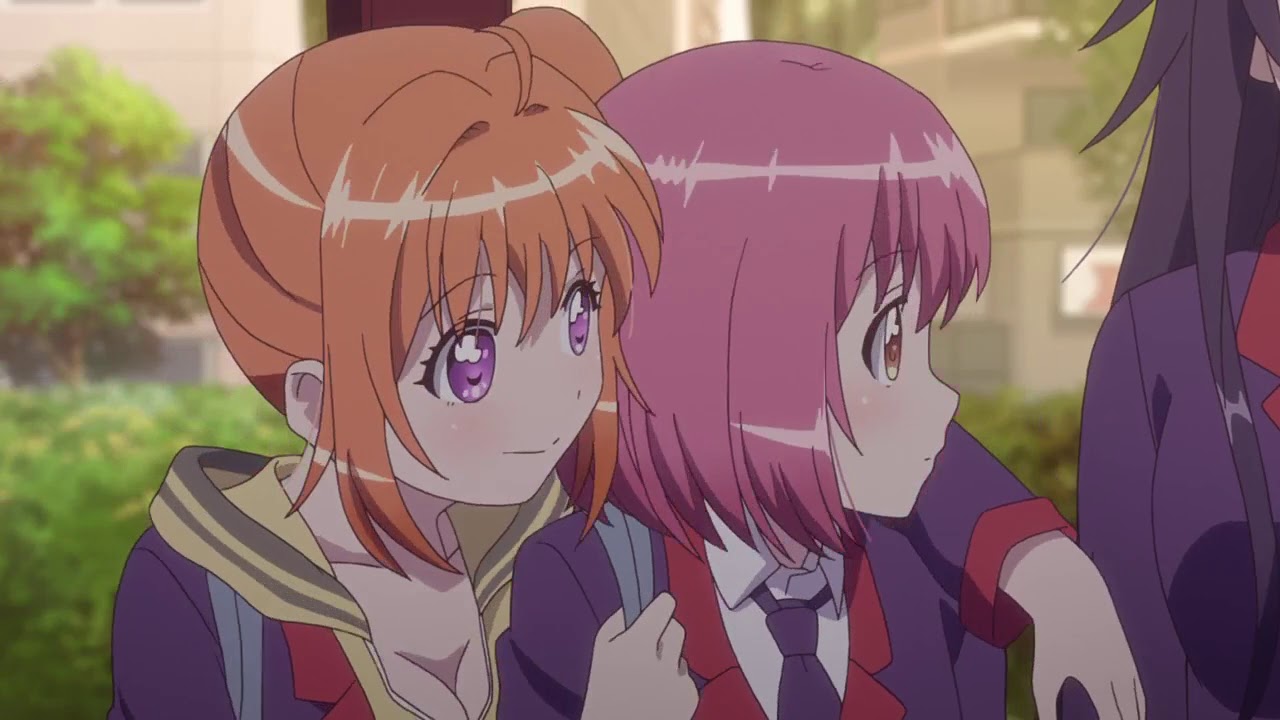 What this series does well is bring out a very Western cartoonish plotline and place it within the realm of anime. The usage of spices to unlock a character's powers can be considered silly at times, but it nevertheless results in watching these girls duke it out with some tough-as-nails bad guys. There's even a somewhat realistic approach to the way Yuki trains Momo throughout the show, as it doesn't just snap its fingers and make her a super spy. You see her train every single day, and you sometimes also watch her screw up during a mission. But with every flub and failure comes a new lesson on how Momo grows to become a better spy, one that hopes to somehow continue the legacy of her lawful and sadly deceased father.

As such, Release The Spyce does a great job with showcasing the importance of working together as either pairs or as an overall team. This is very apparent when you compare the camaraderie between Tsukikage and the antagonists in Moryo. Leader Kurara Tendō (Shizuka Ito/Joanne Bonasso) is quick to cast aside any of her members if they fail at their mission, going so far as to wipe out their memories and leave them for dead. However, when this occurs with Moryo member Byakko (Aina Suzuki/Brittney Karbowski), Tsukikage quickly brings her under their wings as a helper of sorts, showcasing their means of forgiving someone for past sins and errors. 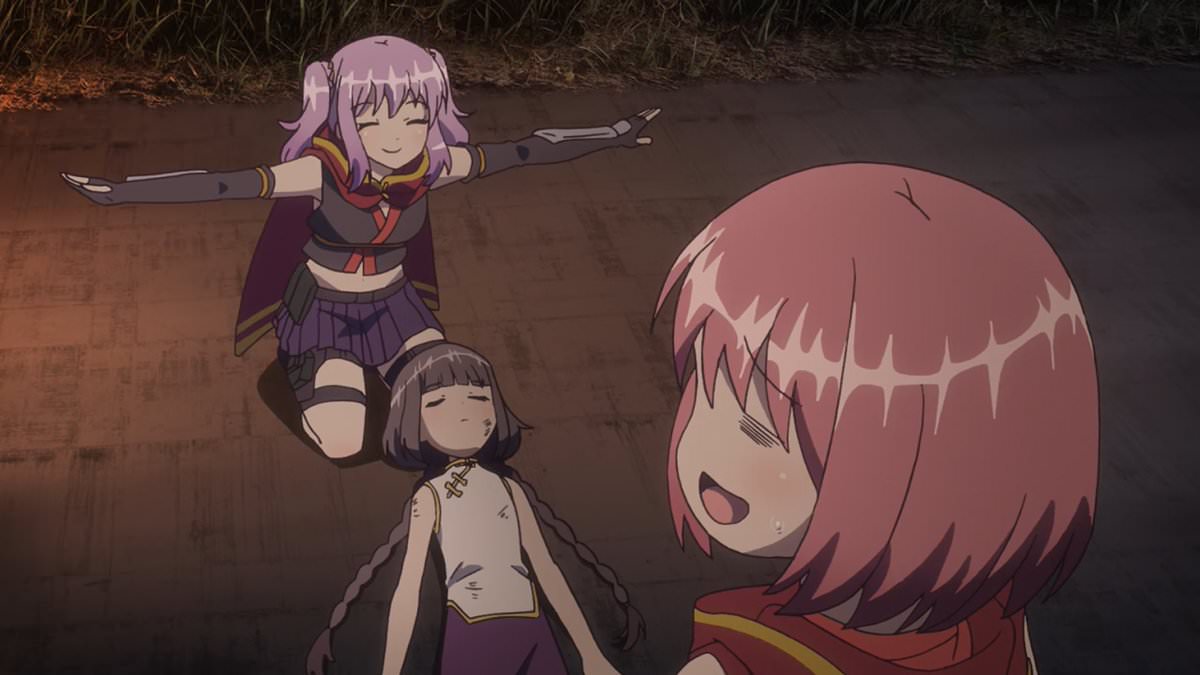 In a way, this anime demonstrates the importance of doing as good a job as one can in a world slowly gone mad. Even when the chips no longer seem to be in Tsukikage's favor, the can-do attitudes of Momo, Fū (Akane Fujita/Christina Kelly), and Goe push them to still keep on fighting for what's right. It can be very G.I. Joe-ish with its portrayal of good and evil, but at the same time it adds a bit of nostalgia to how many classic cartoons back in the day were presented. You know who are the heroes and villains are of this story; you just want to see them clash.

However, there is a bit of an issue with Release The Spyce, and that it tends to ride a certain wave of predictability. Though it does toss in a good surprise or two once in awhile, you often get this feeling that things are going to be okay for Tsukikage in the long run. Then again, I feel like that's what Takahiro is trying to convey, especially after he massacred one beloved character after another in Akame ga Kill! It's his way of showing his audience that he's not some George R.R. Martin-type that enjoys offing every single important person, instead going a more safe route with the people we're supposed to be rooting for. Yes, it can be cornball-ish at times, but that's kind of part of its fun. 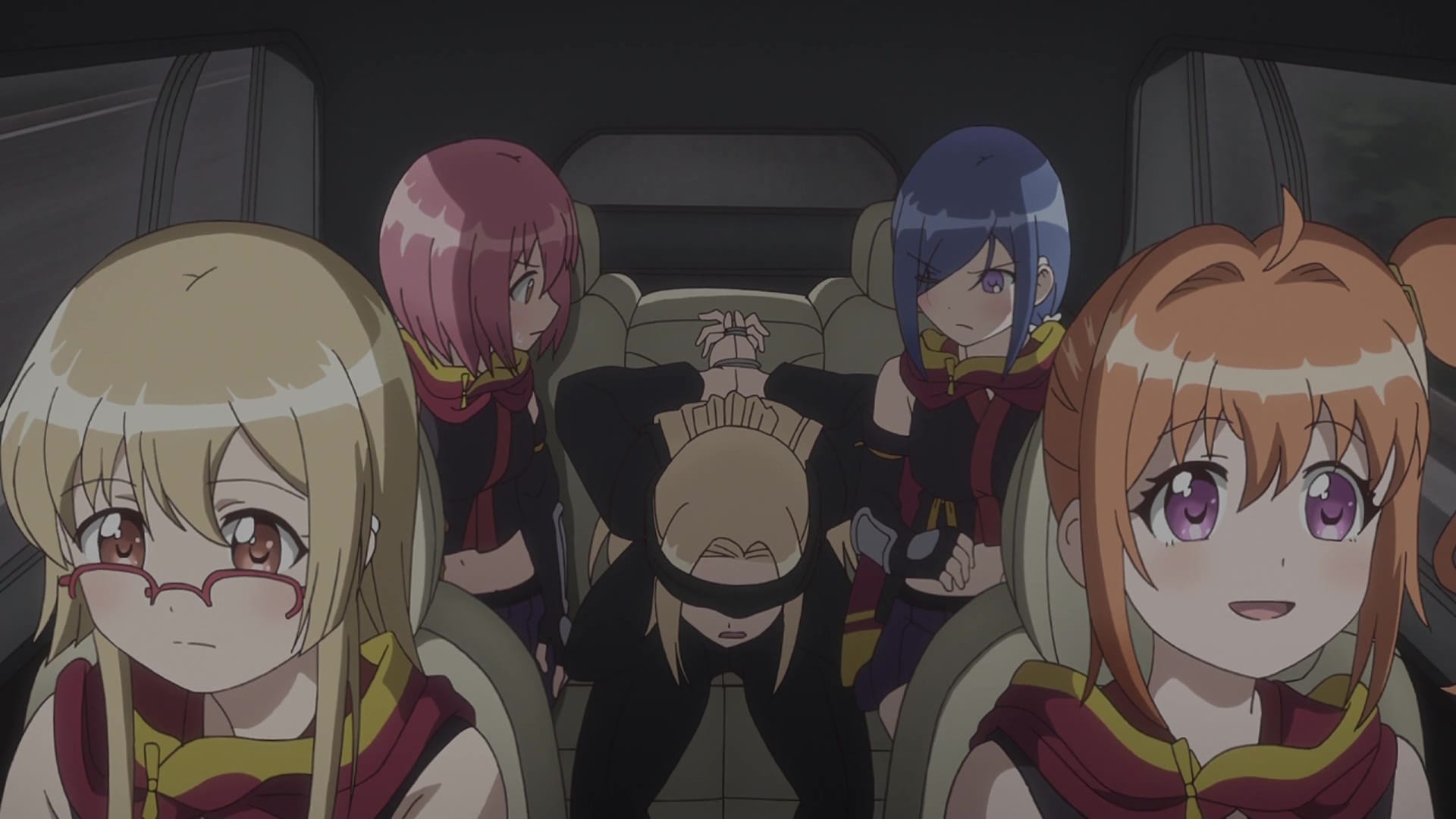 The attitudes and personalities of the girls are brought to life well in both the original Japanese and HIDIVE's English Dubcast. However, the one downside is that most of the English cast sounds a tad bit older than the high school characters that they're portraying. With that being said, there's a strong pairing between both the Anzai & Numakura and Simmons & Vincent-Davis performances, with their takes on Momo and Yuki bringing out a very realistic student/teacher relationship in both English and Japanese versions. A special nod goes to both Suzaki and Thomas as Mei, who are able to balance out their inner and outer natured mentalities throughout the character's different changes.

It's very apparent that someone at Lay-duce (Classroom Crisis) loves a good spy flick, as the quality in animation captures both the excitement and attitude of one. Watching Tsukikage take on various villains and the big baddie brings forth some surprisingly adrenaline-pumping moments throughout the series. A shining moment in the animation arrives in Episode 7, where Release The Spyce gives The Raid a run for its money with one of the most detailed and choreographed fights in anime this past year. When the action calms down, the series uses that moment to place a spotlight on Namori's character designs, which often focuses on how adorable these girls are when they aren't on a killing spree. 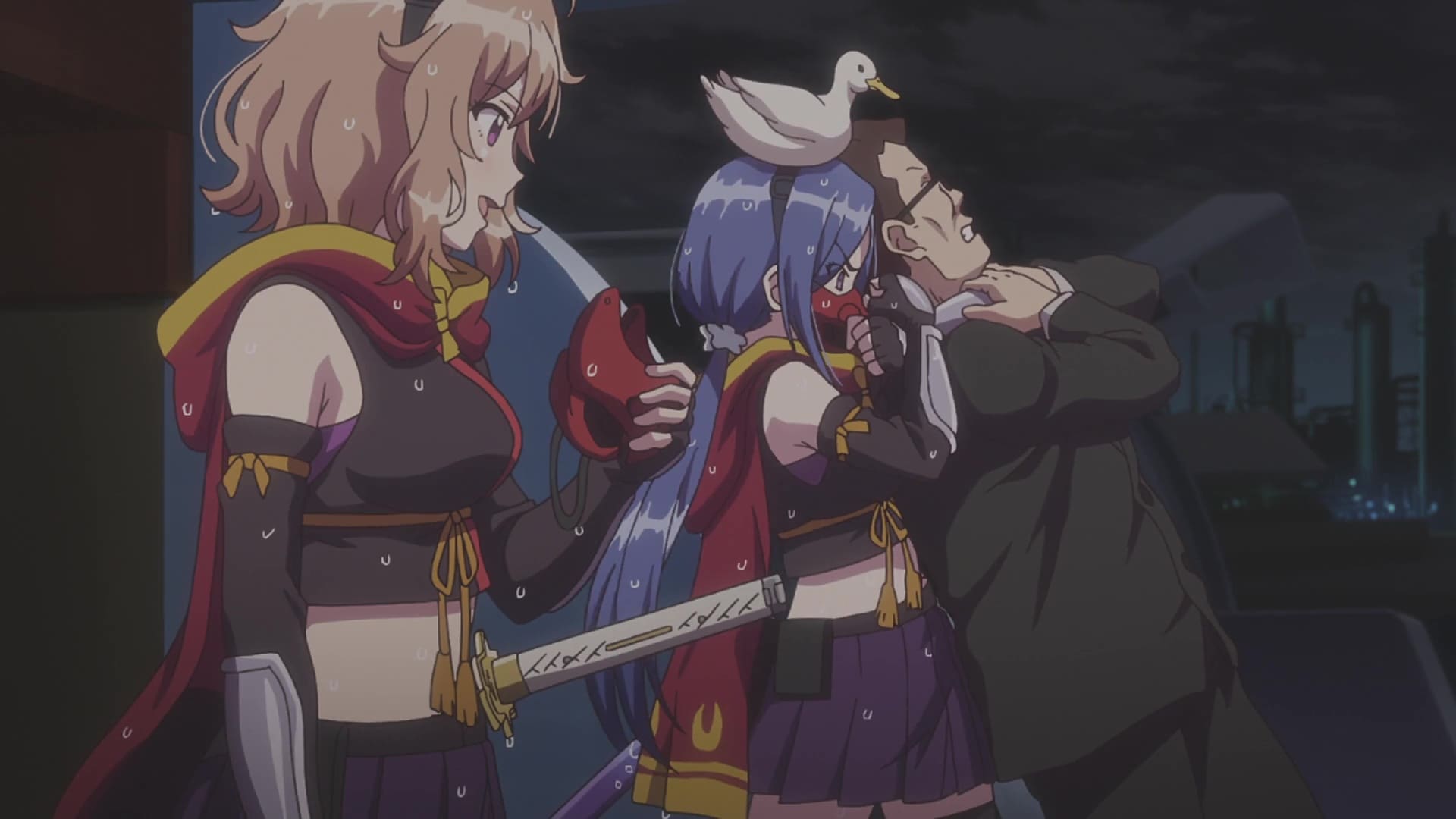 Ryohei Sataka showcases one killer soundtrack throughout the series, with its mixture of dubstep and cyberpunk meshing together perfectly during the fight sequences. Taking cues from the likes of NERO and Skrillex, the score gets in as many punches as its female cast, albeit more to the brain rather than the jaw. The girls of Tsukikage take helm of both the opening and ending theme, with the intro "Supatto! Spy & Spice" a great and exciting way to start off every episode. Closer "Hide & Seek" goes a more indie pop rock route than the rest of the soundtrack, but its tone matches well with how the spies spend their downtime.

Release The Spyce showcases a true Saturday morning cartoon spirit, one that will have viewers fist-pumping in-between bites of their favorite sugary cereal. Although its narrative can be a tad for predictable at times, the fun resides on how Tsukikage takes down the bad guys with a cute smile and a determined glare. Needless to say, this strange pairing of Takahiro and Namori has led towards one spicy and satisfying treat for the eyes and mind.

Release The Spyce can be viewed on HIDIVE & VRV, and has been licensed by Sentai Filmworks. Episodes 1-12 were observed for this review. Promotional consideration provided by HIDIVE.