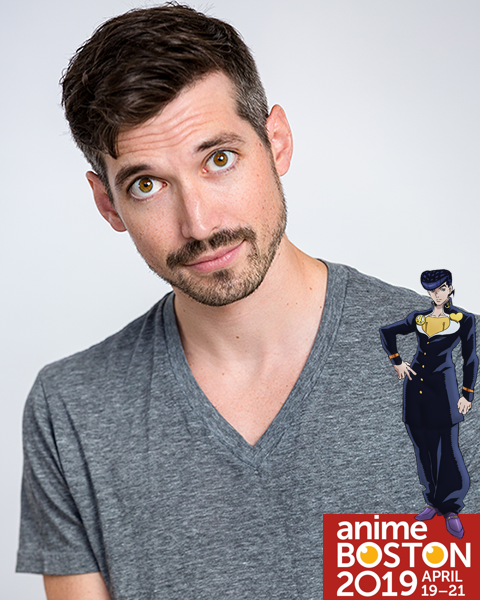 With Anime Boston 2019 just a couple of months away, it is high time that some guest announcements should start to trickle out. And with some manly poses and shinobi action to boot, Anime Boston has unveiled its first American Guest of Honor: voice actor Billy Kametz!

The Hershey, Pennsylvania native has had quite the resume as of late, taking on the iconic role of Josuke Higashikata in JoJo's Bizarre Adventure: Diamond Is Unbreakable and Metal Lee in Boruto: Naruto Next Generations. Other roles Kametz has voiced include Osomatsu in the upcoming English dub of Mr. Osomatsu, Hakuno in Fate/EXTRA, Fubuki in BeyBlade Burst Turbo, Arden in The Seven Deadly Sins, Yagen in Katsugeki Touken Ranbu, Ichijo in Sword Gai.