HomeComics/MangaMANGA REVIEW | "Bloom Into You" - Volume One

MANGA REVIEW | "Bloom Into You" - Volume One 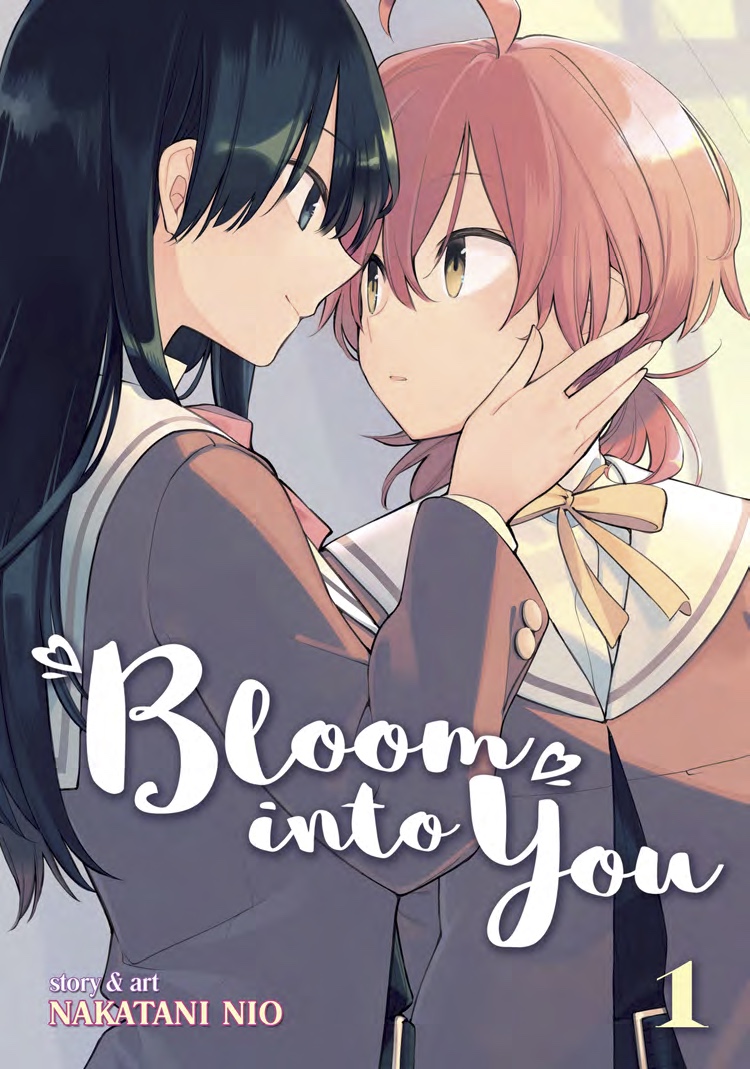 MANGA REVIEW | "Bloom Into You" - Volume One

The yuri genre can be kind of tricky to write for. While there have been many stories in the past that focus on lesbian love & relationships, actually getting the tone done is where it often stumbles. Sometimes it pushes it to be too cute or fan-service-y, to the point where its demographic is geared towards men rather than women. But there's something about Nakatani Nio's Bloom Into You that feels right regarding its narrative. In fact, you can even say that knows how to keep its feet planted firmly down and kept away from getting too fantastical.

Bloom Into You focuses on Yuu Koito, a first-year student who is convinced to join her school's student council. She runs into Touko Nanami mid-love confession, putting down the boy because she has never experienced a feeling of romance as of yet. Yuu discovers that Touko is itching to become student council president, and decides to help her out. But out of the blue comes an awkward sentence straight from Touko's mouth: "I think I might be falling in love with you." 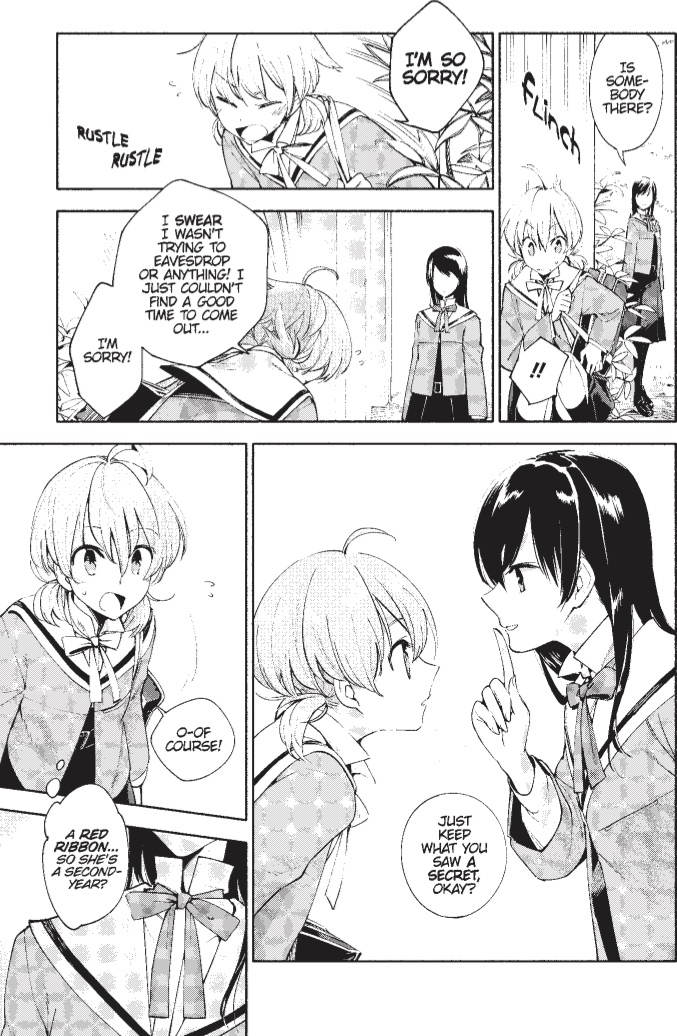 Although Yuu somewhat shuts down Touko's confession, she nevertheless sticks around the club to help her out with her campaign. As the days go by, the two start to get closer, with Touko being more in the romantic sense and Yuu leaning towards a deeper friendship. However, Yuu begins to question her own feelings, with her possibly starting to feel some sort of attraction towards Touko the more she thinks about it. As the day of the election gets closer, one thing is certain between the two: In one fashion or another, they both desire to stay by each other's side.

What I feel Bloom Into You does right is demonstrate the confusion one may have during a romantic encounter, especially from a high schooler's perspective. Though their loves may be different from one another, they often find themselves tied together with some sort of bonding in-between. Whether it's a moment of Touko having her head rubbed by Yuu or Yuu being praised for her hard work by Touko in front of her family, they both demonstrate a level of kindness that they don't offer to anyone else. In that sense, the duo of Yuu & Touko seemingly have something going for them in the long run, be it just a deep bonding friendship or a straight-up lesbian relationship. 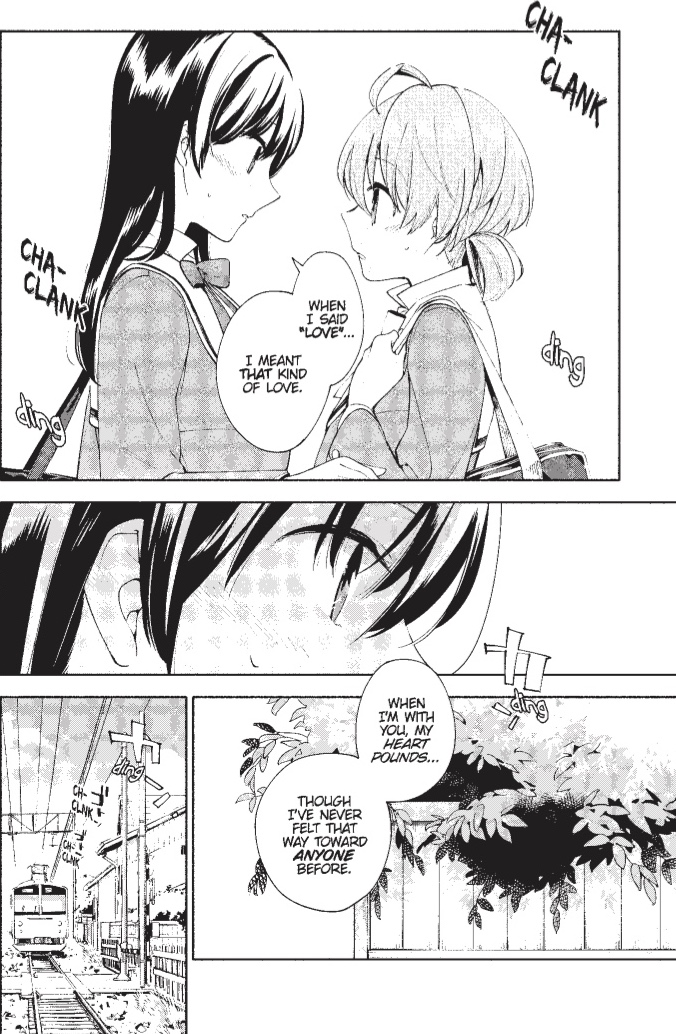 One other aspect that Nio does well is the differentiate between love and lust when it comes to romance. Many times in yuri manga, an author seemingly does their darndest to have a least one hot & heavy make-out session (or something more erotic) in each chapter, even straight-up in the beginning. Thankfully, Bloom Into You instead wants to have some kind of realistic pace with its characters, as a typical love takes time to truly, well, bloom before it reaches such a point. Because of this, the bonding between Yuu & Touko feels more genuine rather than some creepy fantasy created by someone just wanting to sell smut.

Art-wise, Nio showcases the characters in a very adorable and pretty light. There seems to be no exaggerations when it comes to facial expressions, and it does its best to look as relatable to its readers rather than dive into the usual rom-com spiel some shojo series tend to do. Instead what's presented are some well-designed people placed in a beautifully-presented world that's paced as real as one can make it in a comic book. Granted, I'm not entirely saying that this manga goes all out to be realistic, but tone-wise it dashes in a bit of realism in its reactions and emotional aesthetics. 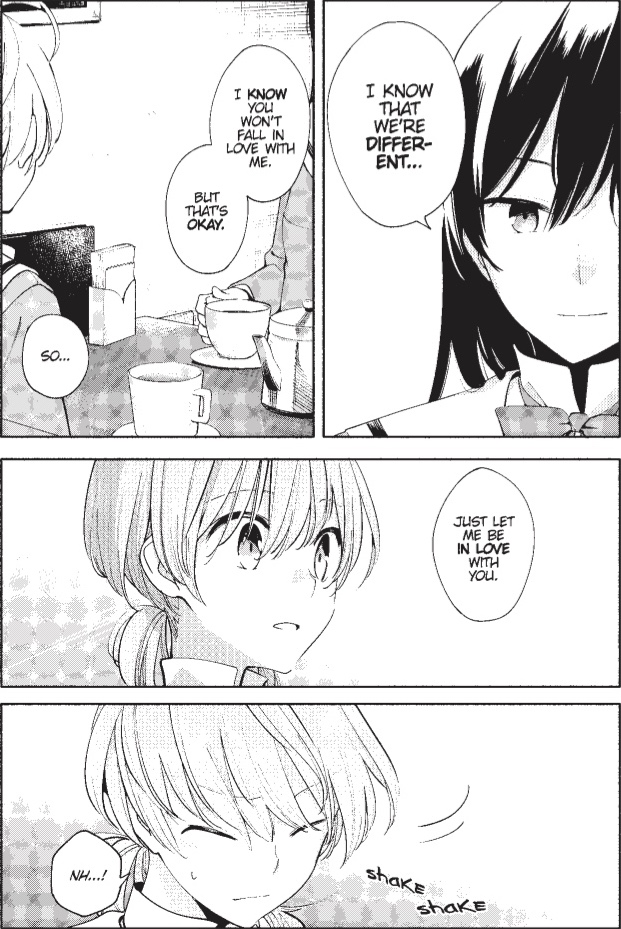 The first volume of Bloom Into You is a good start for what will hopefully be a strong yuri series. Although it takes its time with character development and interaction, it does so more with a slice of realism to make it all the more relatable for LGBT readers and the like. While the end preview does hint at something hot & heavy that's about to happen, one hopes that future chapters will pace themselves as properly as this first part of Bloom Into You has done.