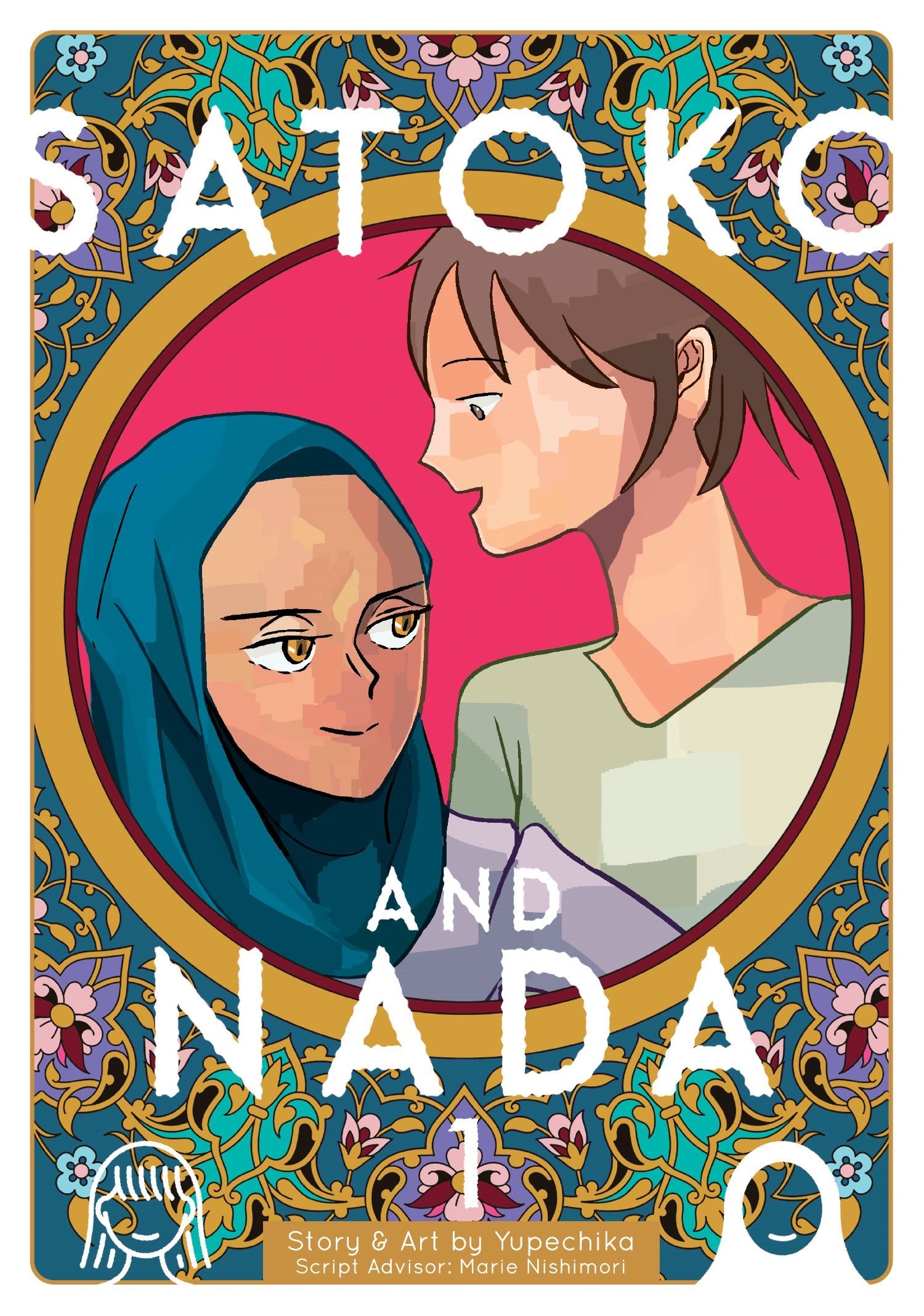 Cultures can clash from time-to-time, but with a little understanding and kindness the barriers of said upbringings can be smashed in perfect harmony. A great example of a manga that showcases this is Hikaru Nakamura's Saint Young Men, which literally puts Jesus Christ and Buddha in an apartment together as they experience Japan while keeping their identities hidden. However, while that series can be deemed a fantastical approach to it, Yupechika's Satoko and Nada dives deep into the realism of loving and respecting people of all forms and cultures. It also helps that the story is very cute!

Taking place in America, Satoko and Nada has the titular characters sharing a place together as they study abroad. Satoko originally comes from Japan, whereas Nada resided in Saudi Arabia her entire life. Quickly the two of them learn about their surroundings, as well as how different their homes are. Thankfully, as the two deeply care for one another, they often find the bridge their friendship builds becoming stronger with each piece of knowledge they grasp from one another. 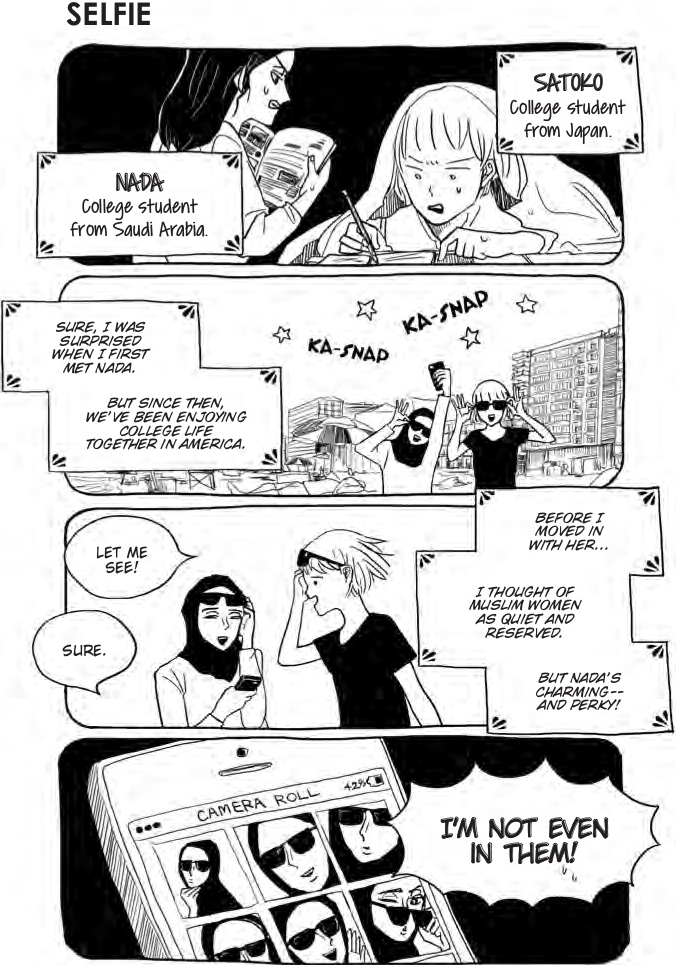 What I think makes Satoko and Nada work is the way its story is being told. As readers will come to learn about the cultural sides of both Japan and Saudi Arabia, it never forcibly plants that knowledge into their minds. Instead, the tidbits you learn are meshed within the story itself, dropping these nuggets of truth somewhat between the jokes and misunderstandings between the two friends. In a way, this form of learning about their backgrounds makes it more of a fun affair than an educational one.

Humor-wise, the story does well with presenting Nada and Satoko's differences with a light-hearted flair. From how Nada has one too many male friends named Muhammad or Abdullah and the way she dresses to Satoko describing her belief system and her trying out "American" sushi, all of their experiences are showcased with a grand sense of humor and kind acceptance. A great example of this is how Nada explains why Muslims traditionally pray to Mecca, with Satoko seeing firsthand how deep into the 21st century the Islamic community is when it comes to finding which way to face. 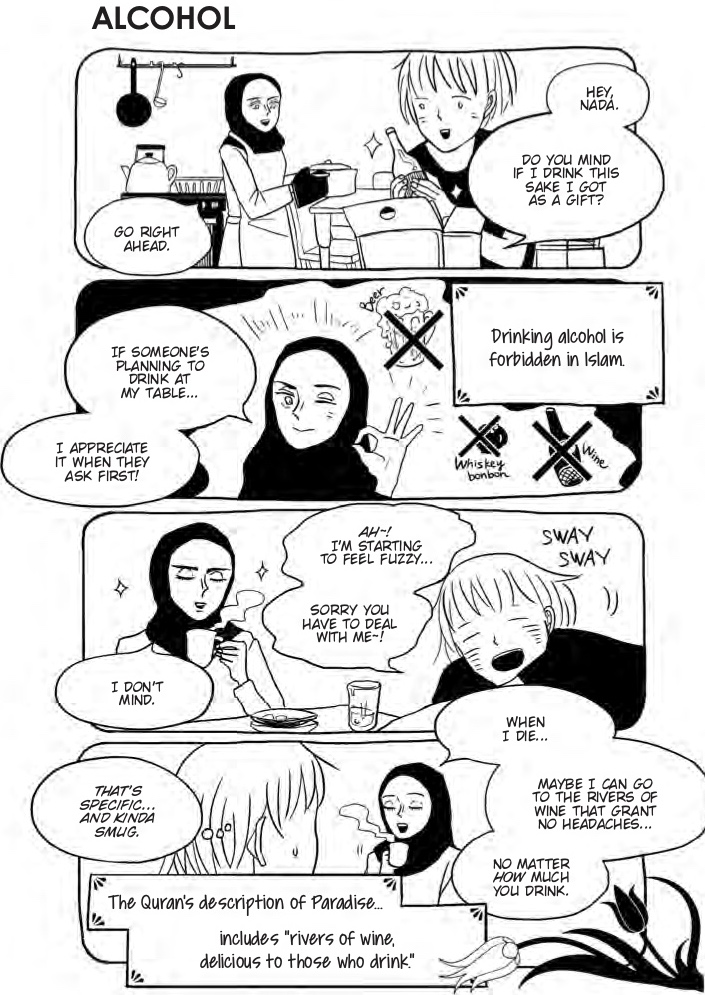 For the most part, Yupechika's art style matches well with the story's American background. It's not exactly in the same visual aesthetic as most manga series, but its overall presentation balances well with the overall humor and lightheartedness that the story demonstrates. In a way, it instead fits with how our two protagonists are trying to strive in their surroundings. It's somewhat American, but at the same time it has nods to both Japanese and Arabic styles of drawing.

In this current climate that we are facing, Satoko and Nada is the type of manga we all need to read. While not exactly perfect, what it strives to showcase is how no matter who you are or where you come from, you should be treated as one and the same. It's a story that people of all ages can truly enjoy (yes, ignore that Teen rating on the back of the cover), as it gives readers the chance to understand how it's the similarities that people have that easily overshadows the differences. In short, until Saint Young Men gets an official American release, consider Satoko and Nada the best manga to read that demonstrates the importance of people of all backgrounds coming together in peaceful harmony.