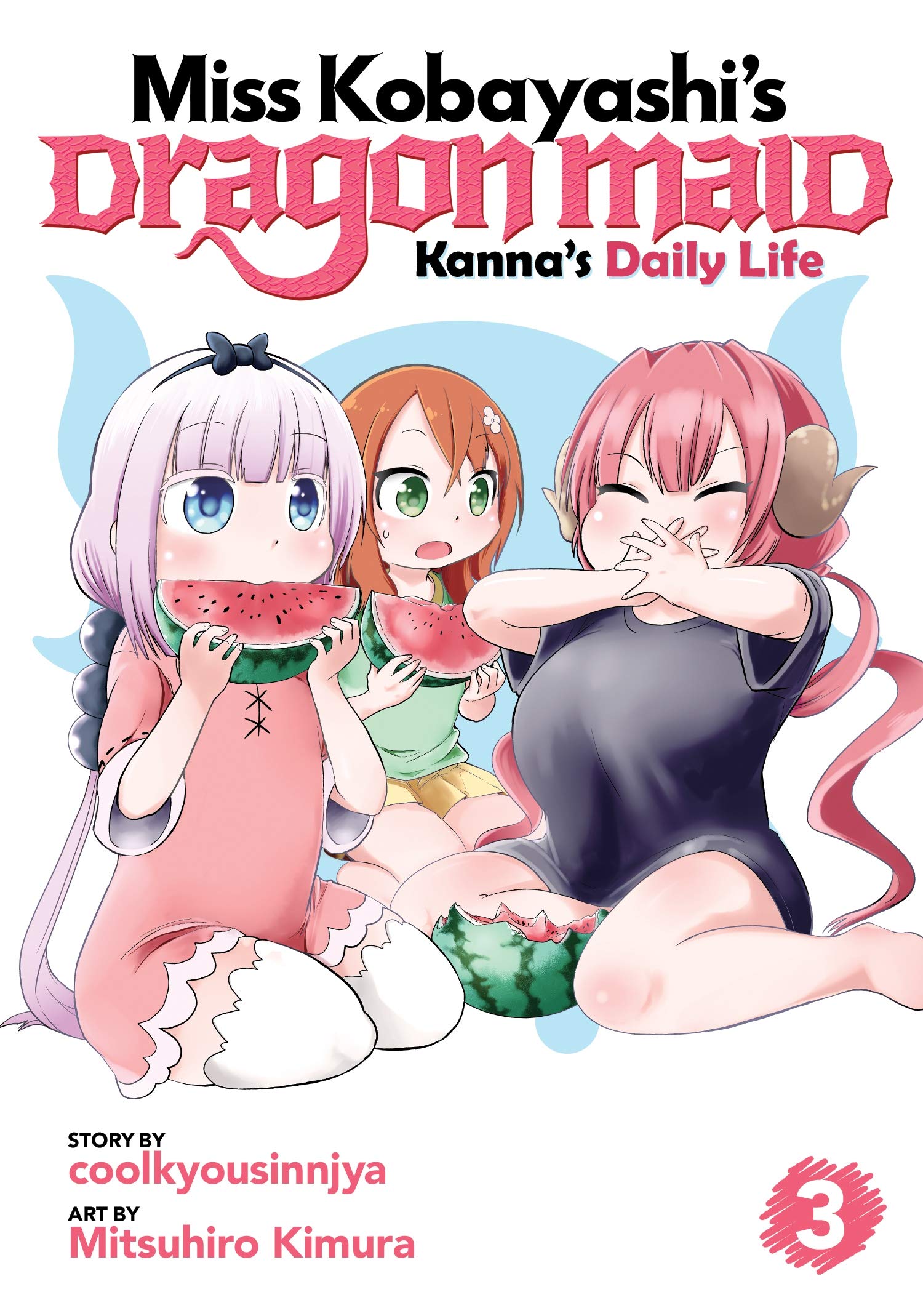 When I started reading Kanna's Daily Life a few months back, I initially thought that a spinoff starring the adorable dragon of Miss Kobayashi's Dragon Maid would putter out soon after. And yet, with its third volume, the misadventures of Kanna, Saikawa, and the rest of the gang don't seem to want to wind down. Rather, what the latest chapter of Mitsuhiro Kimura's adaptation of Coolkyoushinja's main series manages to do is highlight the many strengths these characters have.

Continuing on with its nonlinear fashion, Kanna's Daily Life places the Lolita dragon in the midst of summer activities. Pool shenanigans, watching the fireflies, and experiencing how bad the summer heat can be are just some of the things she and Saikawa experience throughout their time together. There's also some aspects of Japanese culture she partakes in for the first time, such as Tanabata festivities and the art of telling ghost stories.

One of the things that makes Kanna's Daily Life work is its means of showcasing everything through the titular character's eyes. As she is still young (for a dragon that is), there's a hint of innocence presented in everything around her. With all of her heart, she does her best to blend in with the human characters, while at the same time embracing new discoveries with her beaming red face. (Kanna has yet to flash a smile in any of her manga and anime forms, but she gets close to cracking one in this collection!) 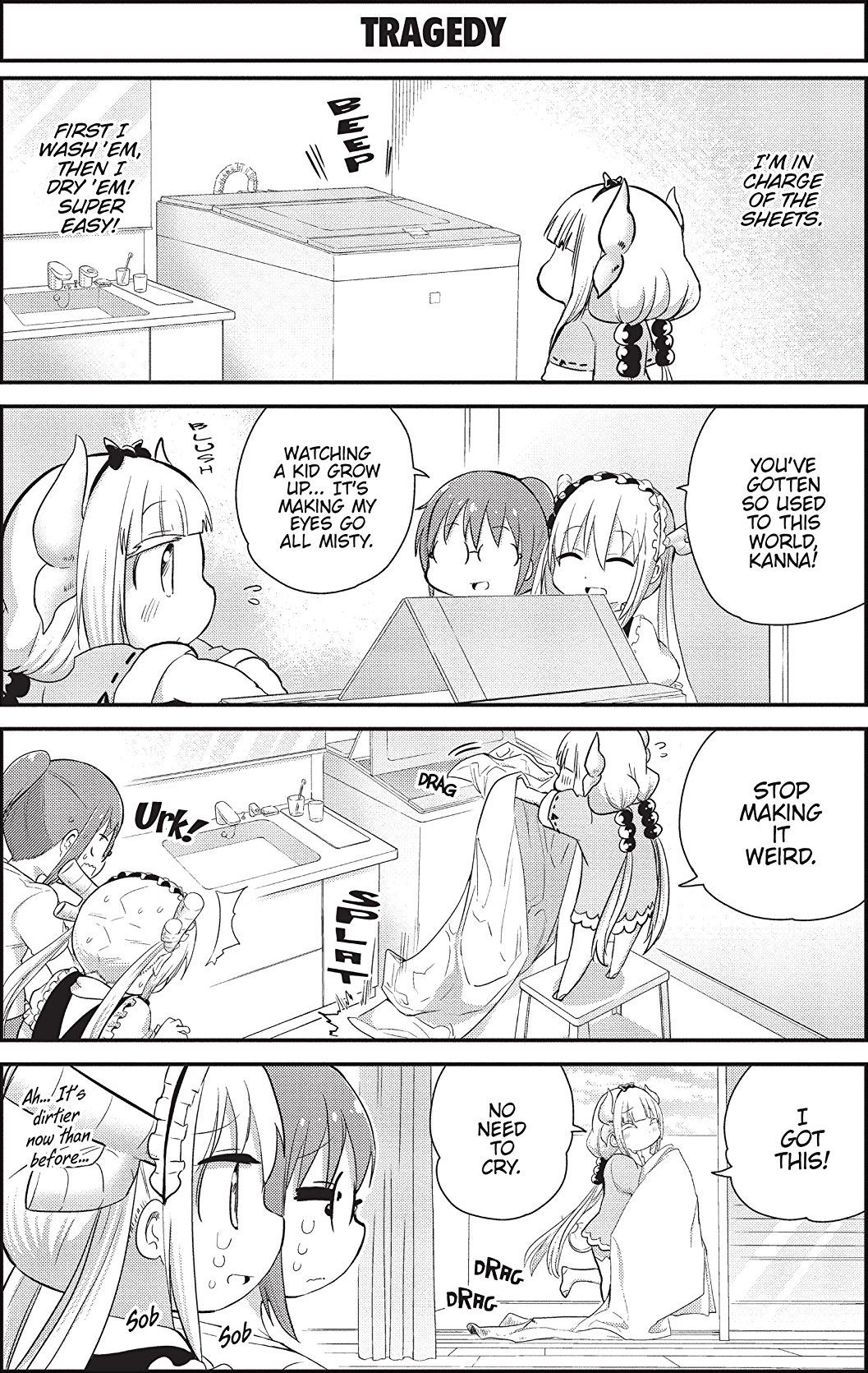 Of course, what works best in this volume is its sheer comedy. Watching Kanna attempting to do the laundry is adorably funny, with Kobayashi passing out in her dragon form due to her crazy fluffiness. Her struggle with getting a tan to match with her friends has its share of goofy moments, with the punchline of her able to pull off the look in the snap bringing forth a level of cutesy silliness thanks to Kobayashi and Saikawa's reactions. Surprisingly, it's Fafnir who steals the volume's biggest laughs, as he attempts to join the kids in radio calisthenics for the sake of filling a stamp sheet for "an amazing treasure."

The third volume of Kanna's Daily Life is filled to the brim with joy, cuteness, and hilarity. It's this moment where Kimura's spinoff not only reaches the same tier of quality of Coolkyoushinja's original work, but somehow even surpasses it on some levels. Very rarely do offshoots of popular series come off great, but it's now a safe bet that Kanna's Daily Life should be placed with the likes of Metal Gear Rising and Frasier as spinoff beacons.