HomeAnimeANIME/FILM REVIEW | A Battle For Peace In Smart "No Game, No Life" Prequel

ANIME/FILM REVIEW | A Battle For Peace In Smart "No Game, No Life" Prequel 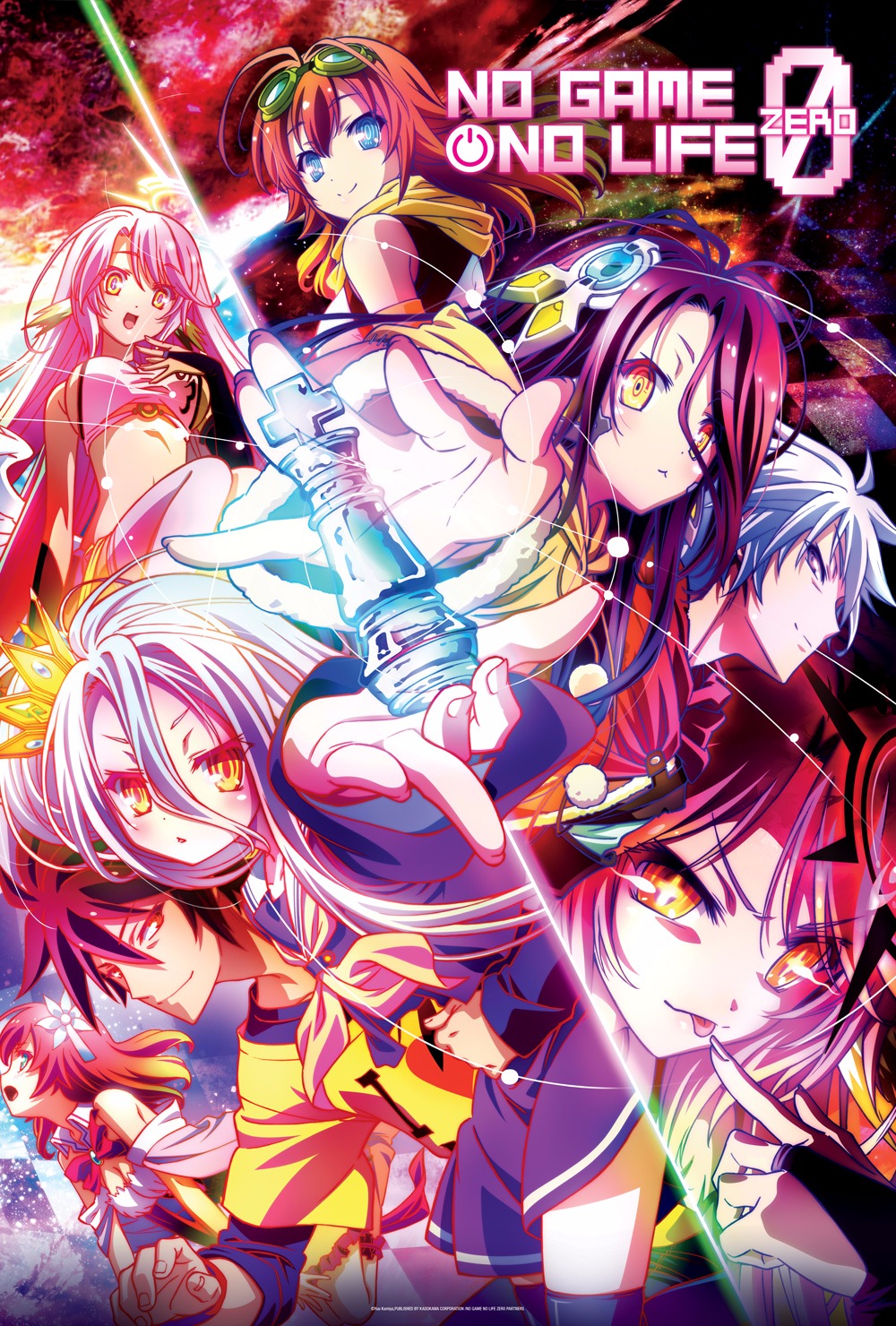 ANIME/FILM REVIEW | A Battle For Peace In Smart "No Game, No Life" Prequel

2014's No Game No Life stands out as one of Madhouse's most beautiful and surprisingly intelligent anime series of this decade. The tale of step-siblings Sora and Shiro transported to the world of Disboard showcased a foray of philosophical takes on the art of strategy, while at the same time built its characters with a strong funny bone to even it out. But before the world was all about games, it was drenched in war and violence. This is the story that its film prequel No Game, No Life Zero delivers, one that somewhat acts as a creation myth to the people and beasts of this world.

An adaptation of the sixth light novel in Yuu Kamiya's series, No Game, No Life Zero spins the clock back 6000 years, as the Old Deus have pushed all of humankind near the brink of extinction. The final colony of humanity, led by Riku (Yoshitsugi Matsuoka/Scott Gibbs), is on its last legs, with their numbers constantly being reduced. While scavenging in an Elvish hideout, an Ex-Machina appears and surprisingly doesn't end Riku's life. After a quick game of chess, Riku promises to help the Ex-Machina -- now dubbed Schwi (Ai Kayano/Caitlynn French) -- learn about the human heart. From there, the two slowly conjure up a plan to end the way, setting the stage for what would become the philosophy and mannerisms of the gaming god Tet (Rie Kugimiya/Shannon Emerick). 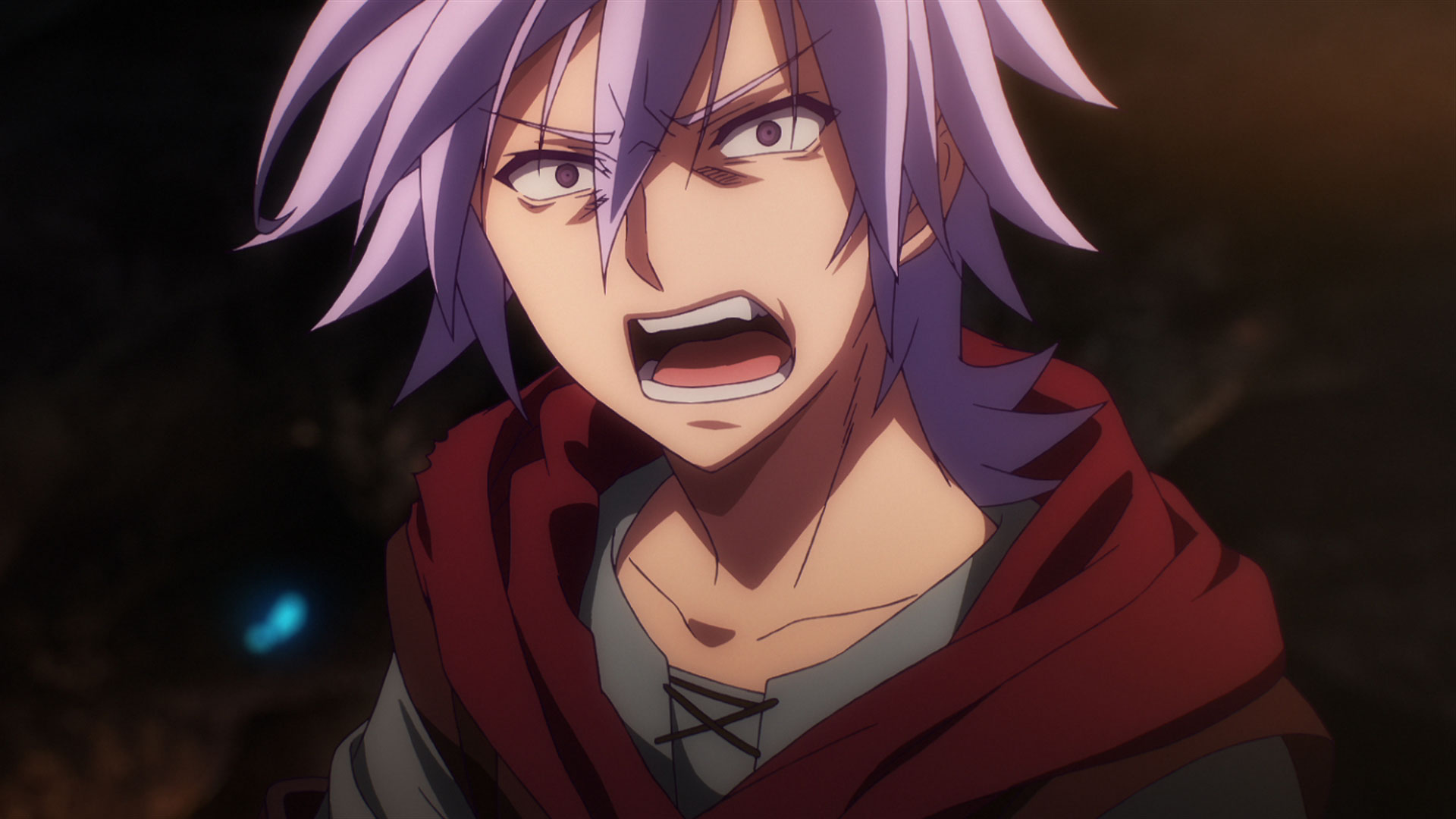 Comedy takes a back seat for the majority of No Game, No Life Zero, as a far more serious tone is presented throughout the film's runtime. While there are some humorous aspects that occur between Riku and Schwi (especially with the first few words that come out of the machine's mouth), the focus on this story is on how the light first fell onto the darkness that was spread throughout the planet. Large sacrifices are made, to the point where Riku curses himself out for all the people he forced to die in the name of war due to his own cowardice. Even with his stepsister Corounne (Yoko Hikasa/Sara Ornales) there to support him through the rough patches, the stress and anguish the war has brought upon his soul nearly pushes him to give up on everything.

It's when Schwi enters the picture when the concept of hope finally graces its presence. With the Ex-Machina by his side, she and Riku start to reveal their true brains and colors, becoming more like Sora & Shiro in the long run. In a way, it's very interesting to see how these two characters develop similar tactics and strategies, while at the same time present different introverted/extroverted personality traits. (To have the past and present characters voiced by the same team in both the Japanese & English dubs also opens up a clever reincarnation-like possibility, albeit quite a long shot theory to be frank.) 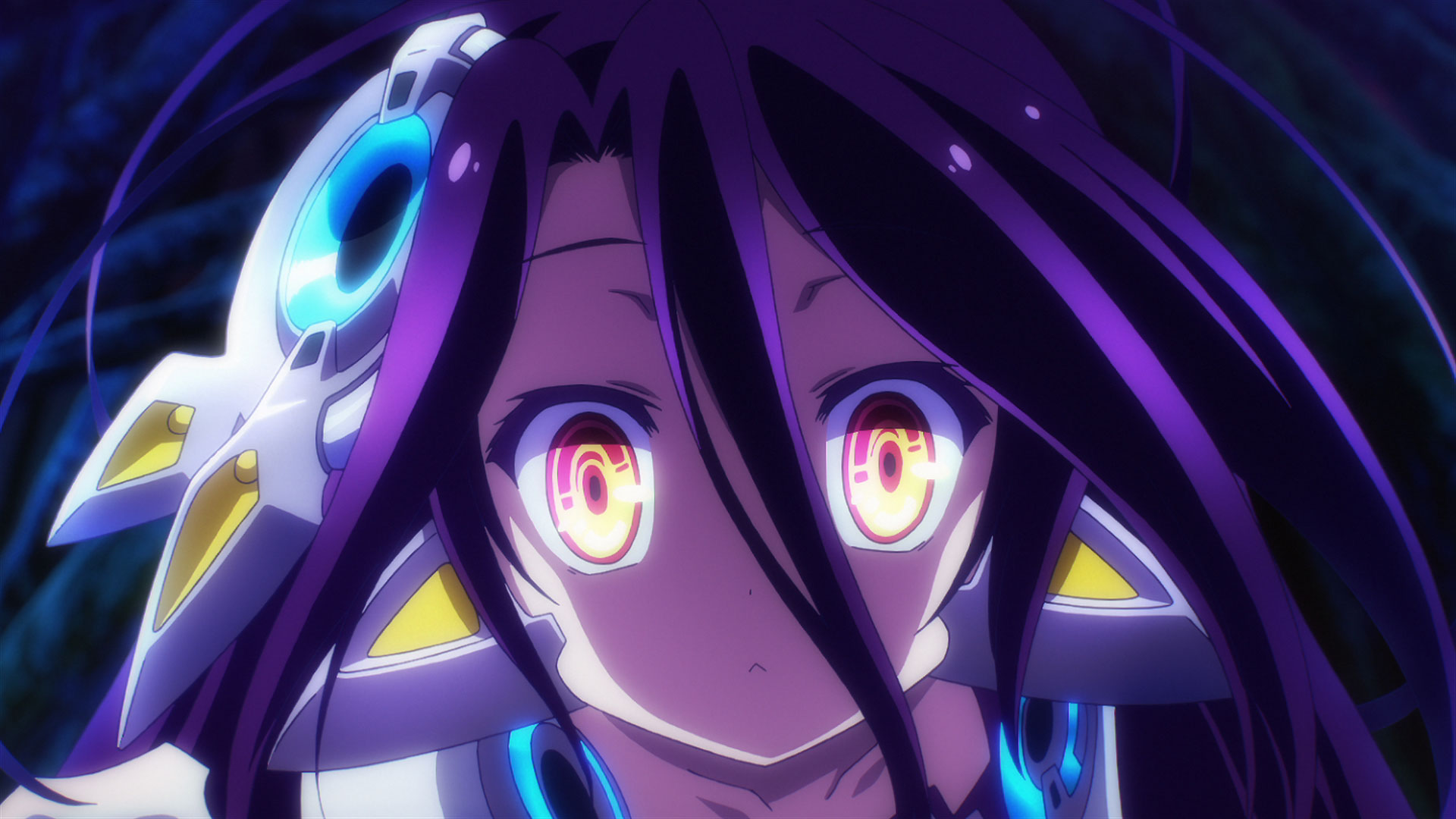 Thankfully, No Game, No Life Zero obtains the same level of smarts and knowhow as its TV predecessor. The philosophies that are presented in this prequel are a little shaky, but it is seemingly intentional. We're given a world that's on a very rickety foundation, meaning that time to think carefully about certain plans is not in the cards for Riku. Instead, what he plots becomes the catalyst for the future gaming god, resulting in the birth of a more peaceful and thought-provoking state of mentality. How it grows into the current laws of Disboard is not only brilliant, but results in many heart-wrenching moments with Riku and Schwi during their long-fought battles.

Madhouse continues to bring the bright vividness of the No Game No Life world to peak gorgeousness on the big screen, with the beautiful characters contrasting nicely with the blackened planet they reside in. The animation is at its strongest during the battle sequences, with the fight between Schwi and Jibril (Yukari Tamura/Amelia Fischer) being a big highlight for the film. Composer Yoshiaki Fujisawa (Dimension W, A Place Further Than the Universe) takes over the soundtrack reins, concocting a bombarding score that explodes with heavy depth and personality. Konomi Suzuki returns to perform the theme song "There Is A Reason," a more somber melody that fits greatly with the tone of the film. 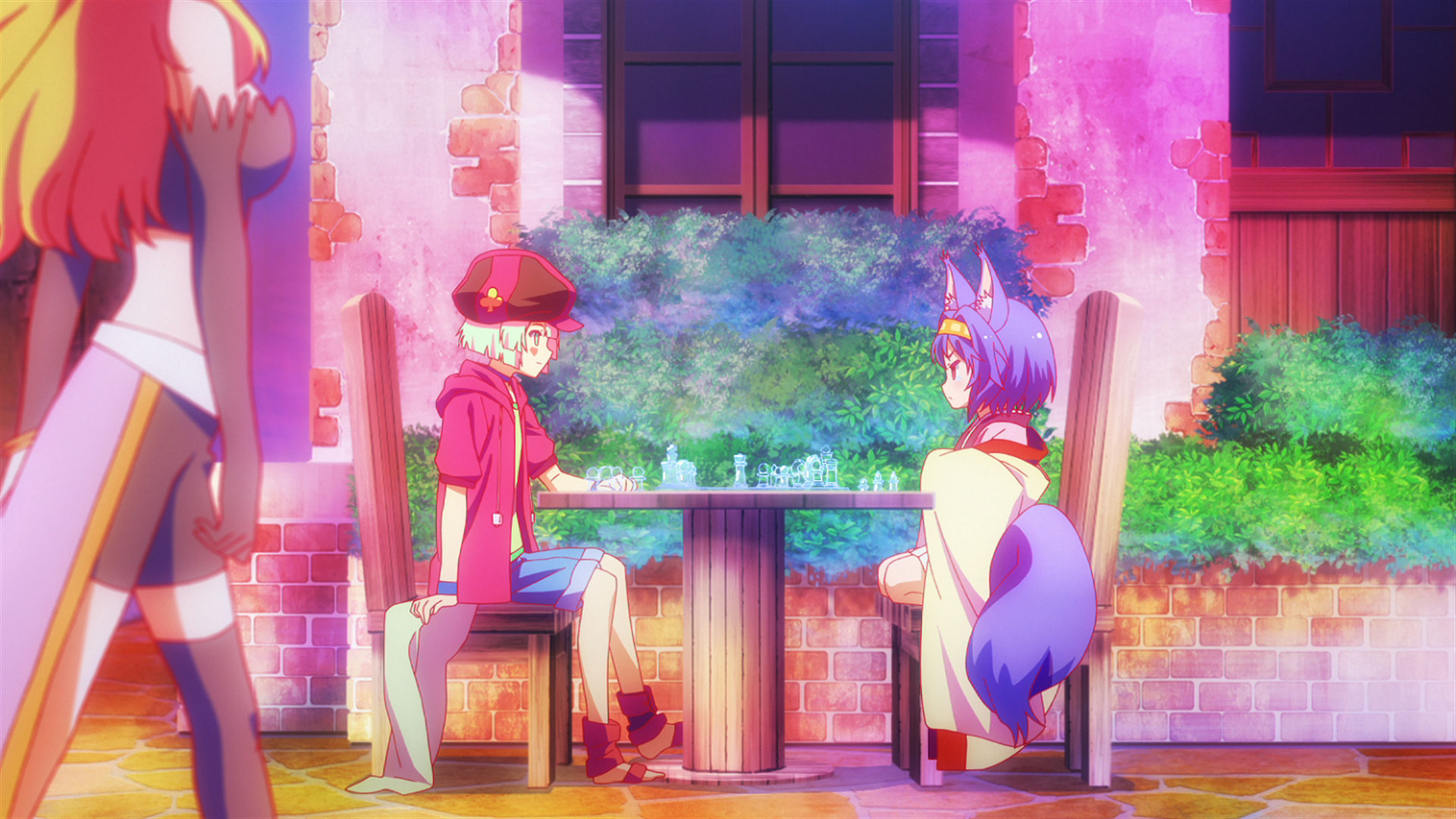 Although the Blu-Ray disc is light on extras from the Japanese side of things, the behind-the-scenes video with the Sentai Filmworks cast & crew acts as both an informative and touching piece on this beloved franchise. You get a sense of how engrossed they were in their roles, with ADR Director Kyle Jones diving into his excitement about working on this series again. (Those wishing for bigger goodies will have to drop a couple extra bucks for the limited edition, which includes a booklet with sketches and designs for the film and a special Schwi sticker.)

No Game, No Life Zero is a surprisingly eye-opening look at the world of Disboard before Sora and Shiro arrived. A lot more grim and serious than the TV series, this prequel stands as one of the better TV anime-to-film transitions in recent memory. While newcomers to the franchise will be left confused with the goings-on in the film, fans of the original will dive in to this war-torn war with ease. Here's hoping that this won't be the last time we see Disboard in animated form, especially with how the movie ends...