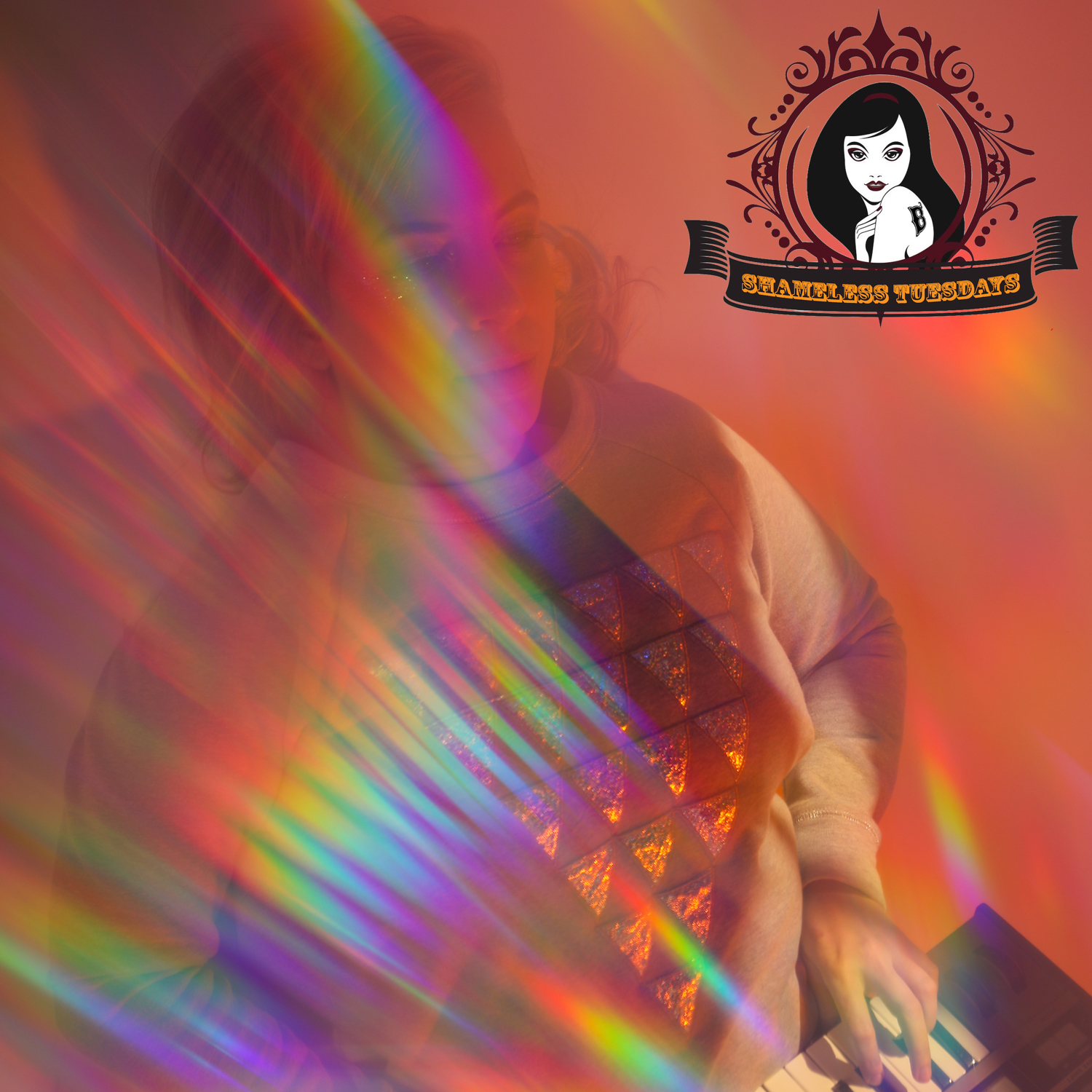 Shameless Tuesdays is going more electric and eclectic this time around, as the LA-based Hologram Teen gets behind the turntables to bring forth a sweet playlist for your audible enjoyment!

Born from the ashes of indie act Stereolab, keyboardist Morgane Lhote reemerged with her own schtick via the name Hologram Teen a few years back. After releasing several EPs and 7" singles, Hologram Teen will be releasing their full-length debut album Between the Funk and the Fear this Friday! Spanning eleven killer -- and occasionally whacked-out -- tracks, the record is filled with varying nods to key figures from many genres. One whose ears are familiar with the likes of John Carpenter, Congolese Soukous, and the string arrangements of François de Roubaix and Jean-Claude Vannier will no doubt find something to their tastes. Although Hologram Teen embraces the electronica and pop genre, her love for prog rock disco horror soundtracks help to make her sounds stand out more than the usual EDM hits that fills the pop charts. Thankfully, her approach to mixing creepy effects with bouncy synths and disco beats has won her many a fan, include one Jarvis Cocker of the iconic English rock group Pulp.

Let's check in with Morgane Lhote to see what inspired this playlist for us to enjoy:

Since the release of my first LP Between the Funk and the Fear in 2017 (coming out on all digital platforms next week), I've been writing ton of songs for a second album, more lighhearted, dance-oriented, and very influenced by African music at large. I'm also super excited for the release of my first video for the track "Bleecker Street! Chase Me! " (also next week) as I think it captured well the esthetic of 1970s action movies set in NYC and the cute/creepy vibe of Disco Démon, Hologram Teen's Avatar.

Since I moved to LA three years ago, I noticed that I've been listening to way more electronic music as it's a big scene in California and always plays on the radio. In this playlist, I compiled tracks of all electronic flavors I listened to a lot in June, all pretty pop-oriented cuts but with a sinister side, just like my music.

Be sure to follow Hologram Teen on Facebook, Twitter, Soundcloud, and Bandcamp! And check out a preview of Between the Funk and the Fear below before its release date!