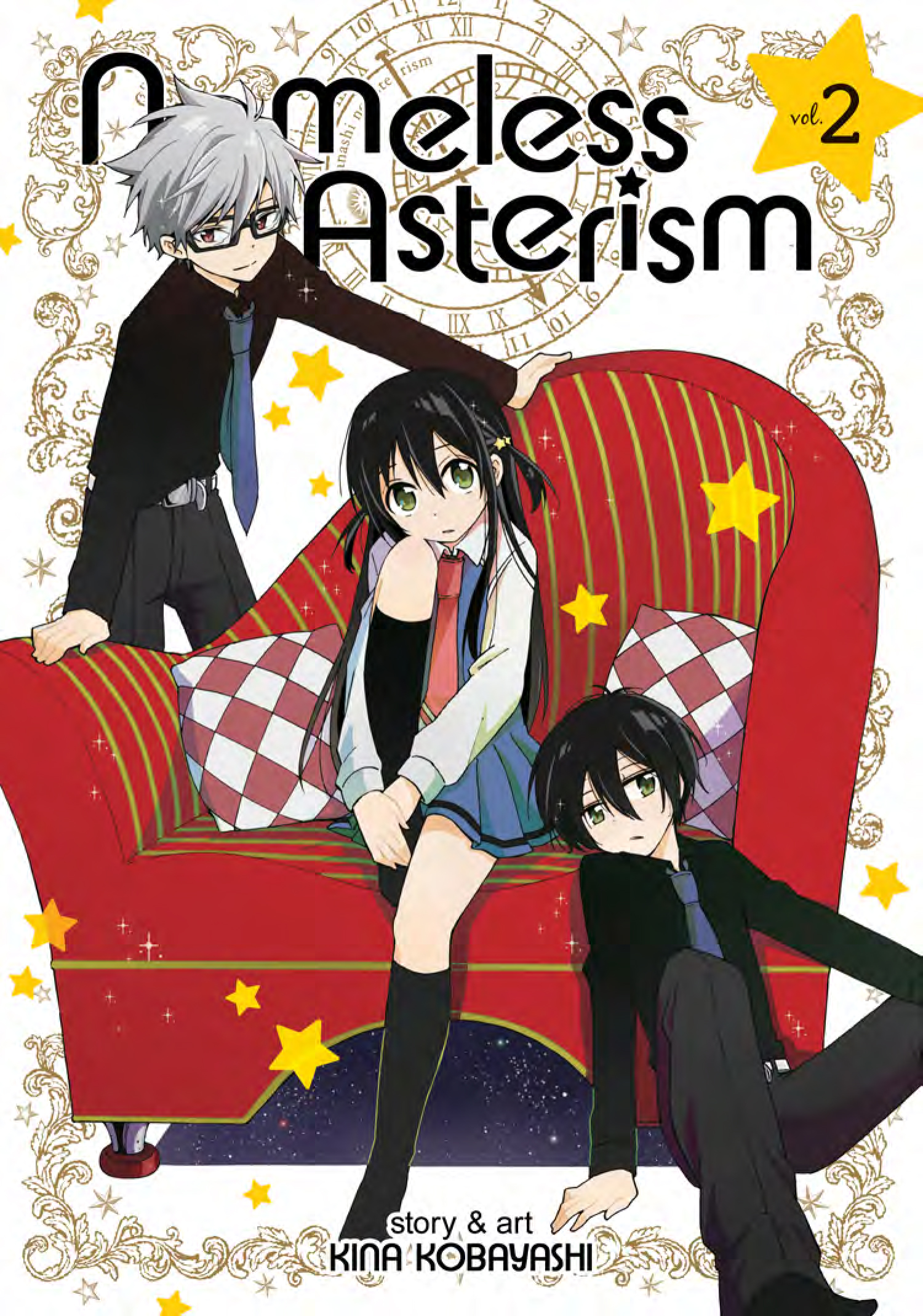 Nameless Asterism took me by surprise when I first read it. What started as a strong love triangle between three female friends transformed itself into a tale of finding one's true happiness via their deepest desires. The internal monologues, bantering amongst friends and family, and even the stress of a first date were captured wonderfully in its premiere volume, making its author Kina Kobayashi one shojo author one should keep a close watch on. However, as this is her first published work, the wrinkles in her storytelling have slowly started to appear in its second volume.

Picking up right where Volume One ended, Nameless Asterism has Tsukasa seemingly willing to give dating Asakura another chance. However, when she realizes that she's lying to herself about those feelings, she decides to pushing the dating scene to side, claiming it'll keep her from being better at soccer. But once she gets back to being chummy with her crush Nadeshiko and pal Mikage, the feelings for one another slowly start to sputter out, with Mikage becoming wise to how Tsukasa fawns for her friend. As those feelings grow larger, Mikage fears that the friendship they have may be in danger. 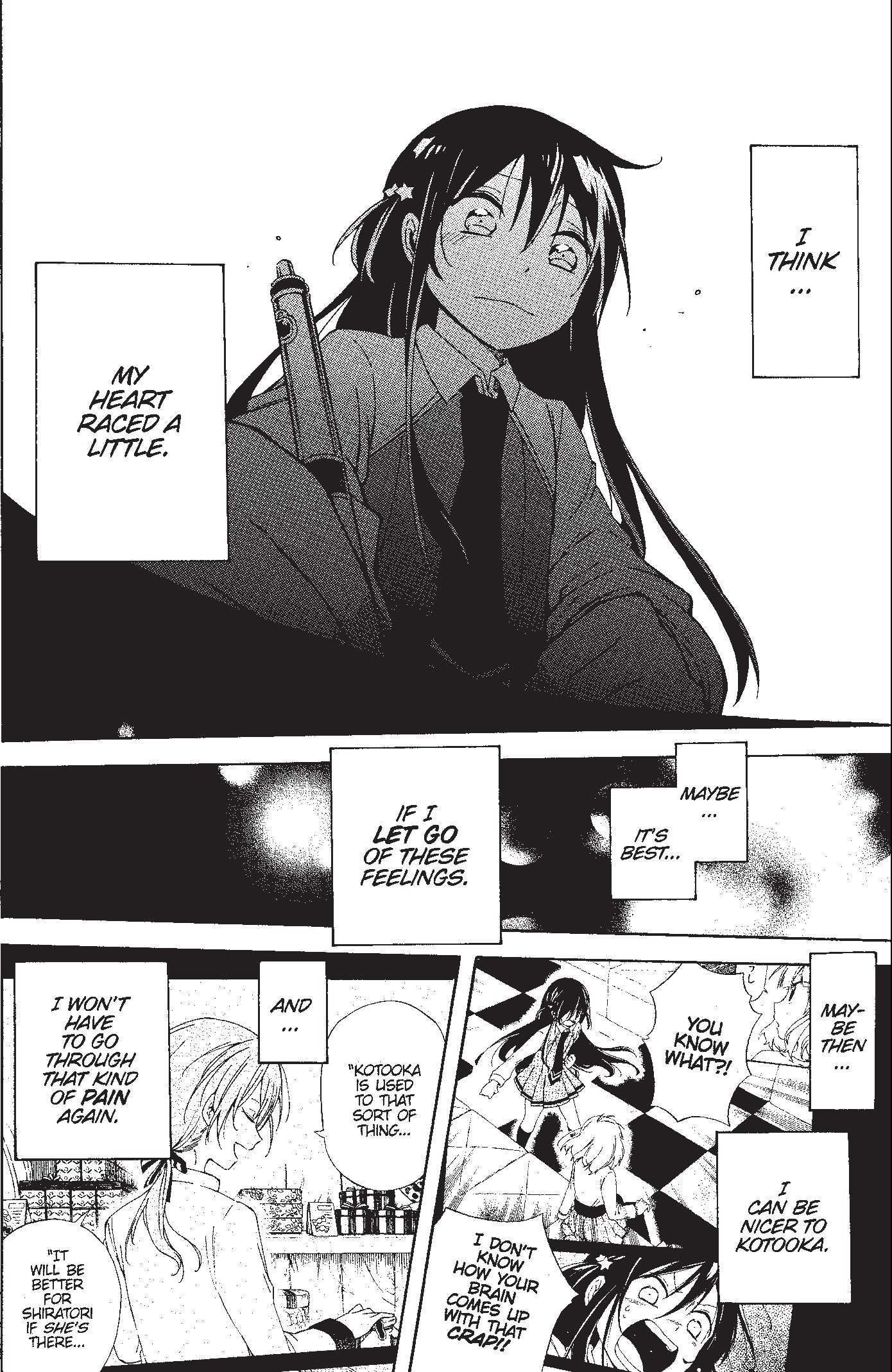 The second volume does come hard and hitting with the emotion any person can feel when confused about love. What it does best, though, is showcase the rampant waves of one's romantic reality, with misunderstandings and signals blaring both externally and internally. Even with Tsukasa joining a separate school group so she can help Nadeshiko get closer to Mikage, the action leads Nadeshiko to confront her friend with the fear of her slowly cutting the strings of their friendship. With another pair of ears catching the argument, the situation is seemingly preparing for loads more complications.

While a story needs a good conflict, I can't help but think that Nameless Asterism is pushing all the buttons too quickly. These sorts of moments that are occurring -- especially with Mikage catching wind of Tsukasa's feelings -- seem more appropriate for a story's climax rather than one that appears to still be in its beginning phases. Perhaps I'm just being picky when it comes to how shojo manga usually goes (especially with the amount I've read in all my years), but the pace this manga is running is getting too close to passing the world it's been placed in. Although we'll have to wait awhile for the third volume to drop to see if the plot-line keeps speeding on, I worry that the high quality set up we were initially given is going to run out of steam before it reaches its endgame. 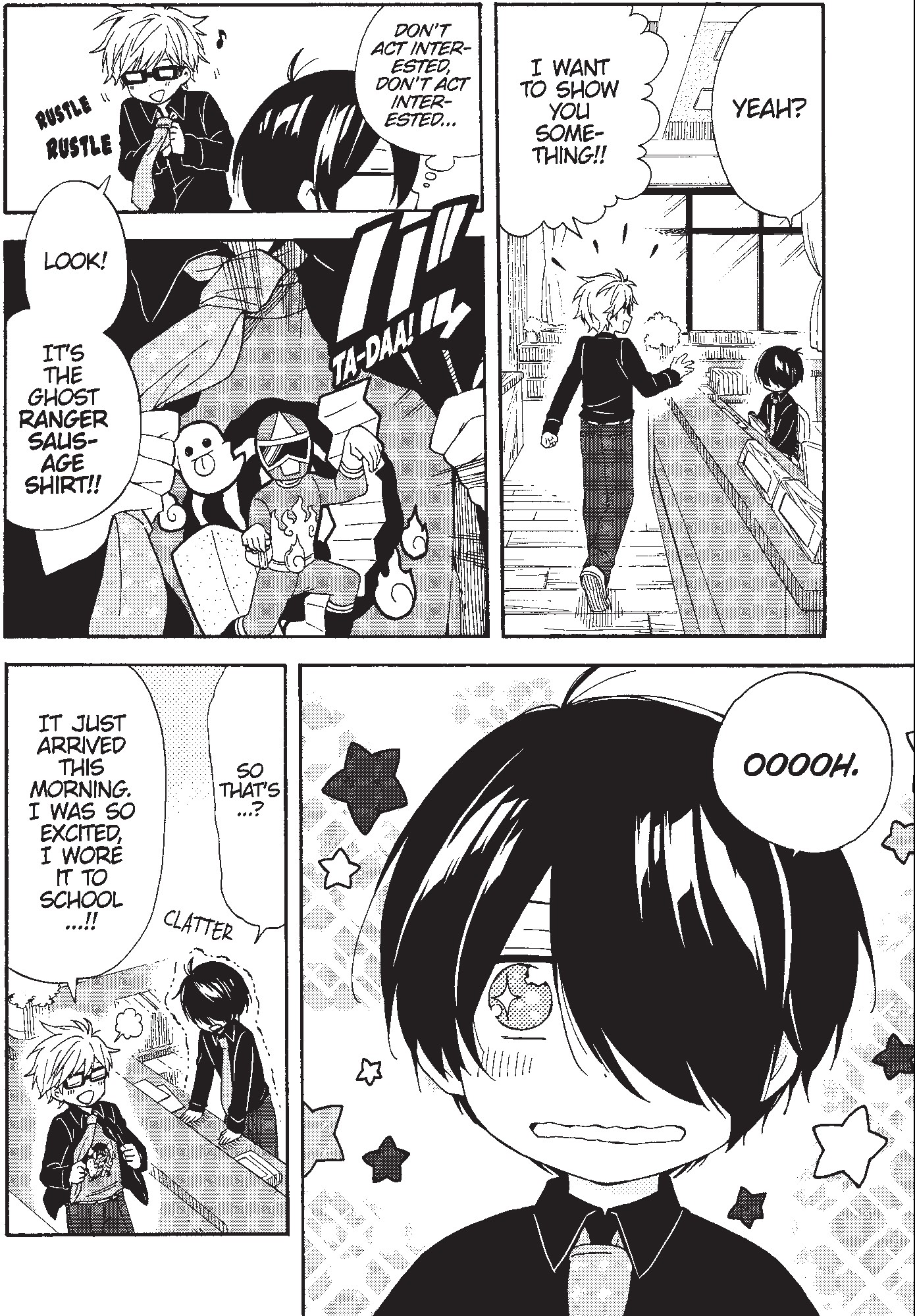 However, I will admit that it was a great twist to have Tsukasa's brother Subaru now working in the library with Asakura. How he first attempts to keep away from the person who tried to take his beloved sister away is then hilariously 180'ed after finding out about their common interests. (Most specifically, their love for Power Rangers-styled TV shows seemingly has made them allies.) Even when Asakura realizes who Subaru really is, it's kind of cute seeing this legit nice guy do his best to be friends with someone who still despises him in some way. Although we'll have to see if their buddy-buddy situation will crash and burn after Subaru promises to "aid" Asakura regarding his sister, it's still very entertaining to see the cross-dressing brother unexpectedly find himself knocking down a section of the wall he's enclosed himself in from the outside world.

Despite some of the flaws of the second volume, Nameless Asterism still has a lot going for it. The characters are still likable, the romantic aspects are very relatable, and it captures a strange moment in anyone's youth wonderfully. Kobayashi just seemed to try to fit too much tension and plot details into this volume, which made a couple elements feel too jumbled to make the point it was attempting. With that being said, Nameless Asterism still remains an enjoyable shojo series, even if the road it's treading on has a few bumps along the way. All it needs is those wrinkles to be ironed out.

MANGA REVIEW | Love Conquers All I...