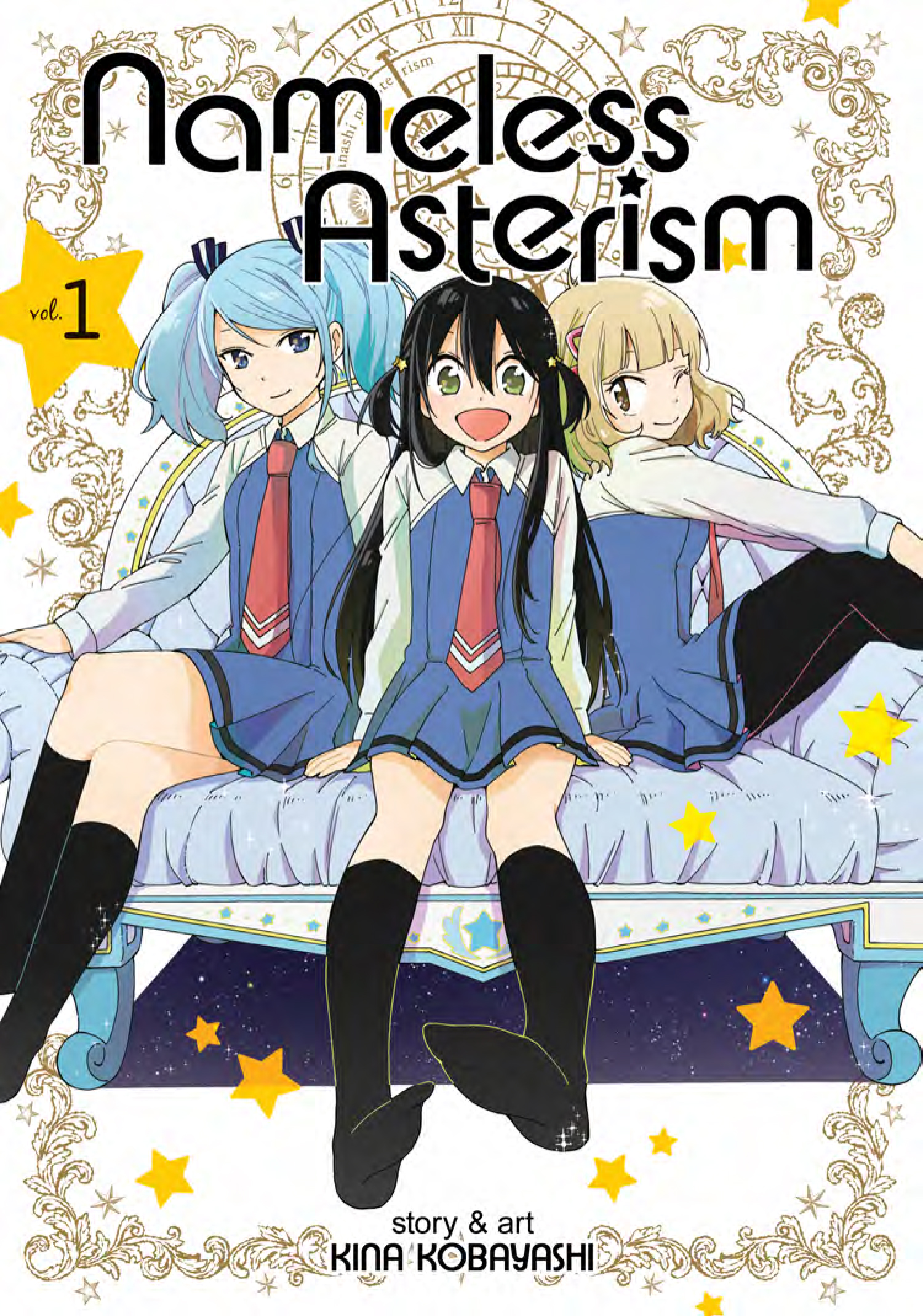 Falling in love with a friend can be a complicated situation. It can cause tension, an overabundance of nervousness in one's mannerisms, and even the occasional rift or two between other people in your friends' circle. Such a thing can be a normal occurrence, and has been showcased in many an anime and manga. So what is it about Kina Kobayashi's Nameless Asterism that makes this sort of rom-com setup sparkle more than others?

For starters, Nameless Asterism doesn't hold back on what kind of tale it wants to tell. Right from the get-go you're introduced to Tsukasa and the crush she has on her close friend Nadeshiko. The only problem with this situation is that Nadeshiko already is in love with their close friend Mikage, making this one incredibly complicated lesbian love triangle. Keeping her feelings locked inside, Tsukasa does her best to root for Nadeshiko, even as her heart breaks knowing that she may never have a chance of professing her love to her close friend. 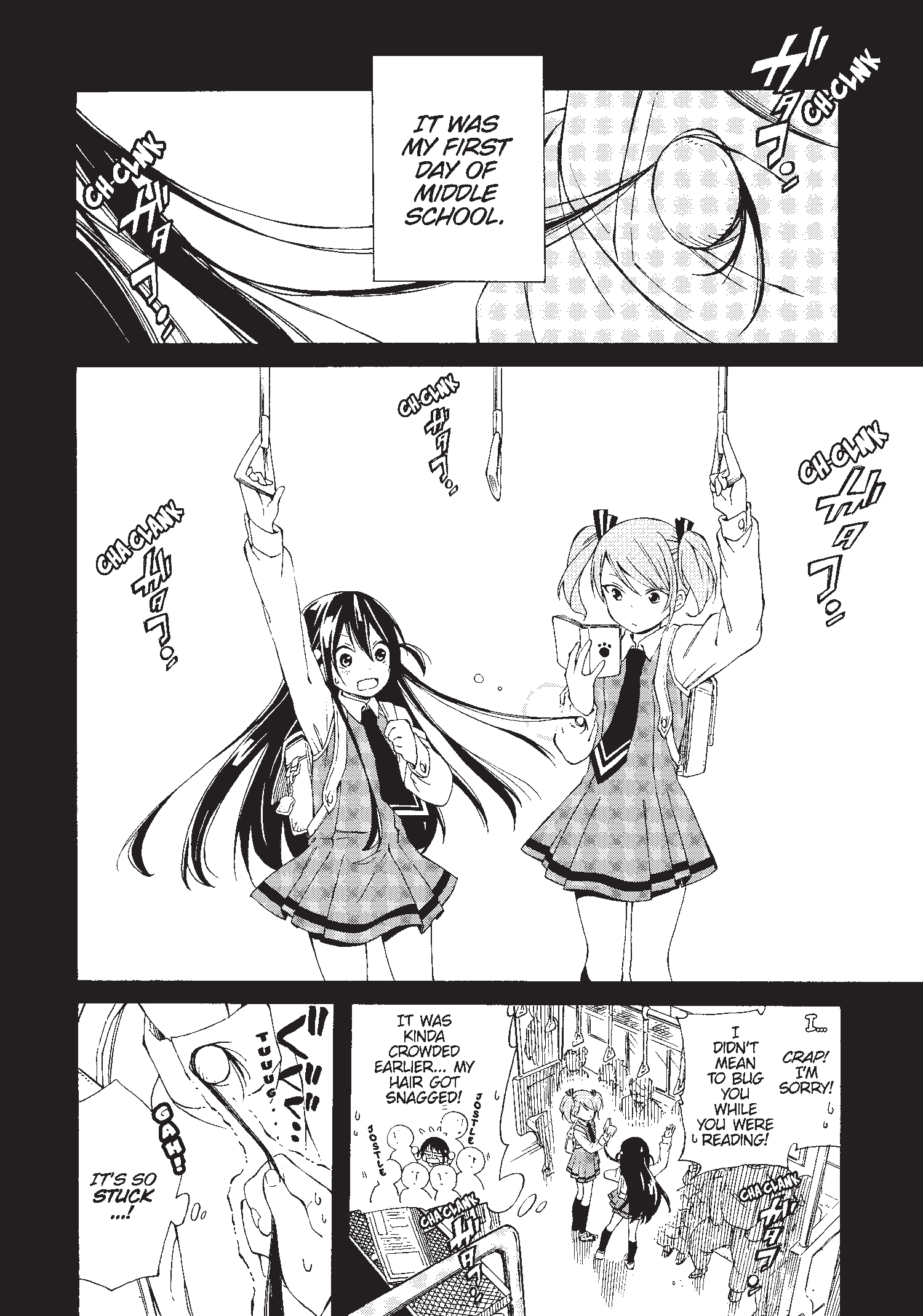 It's when a boy from another school asks Tsukasa out on a date when her flips upside-down and turns inside out. The student, Asakura Kyousuke, winds up being a Grade-A model kid, one that pushes her friends setting her onwards to the pathway of love. However, with Tsukasa's true emotions being caged and having legit zero experience with the dating scene, it's going to be quite the bumpy situation when she and Asakura meet, even if she has her close allies with her every step of the way. Still, a question remains: why would a complete stranger confess his feelings to a girl he barely knows?

What I enjoy most about Nameless Asterism is that it takes something as tragic as an unrequited love and manages to have some fun with it. You feel for Tsukasa as she tries to hide her feelings for Nadeshiko while helping her make chocolates or set up some time to spend alone with Mikage. But once Asakura enters the picture, you can't help but want to see how far their relationship could go, even if Tsukasa may not be fully committed in the long run. The way she panics when she's alone with him, as well as her internal monologues about her feelings for Nadeshiko, are presented with real emotion with a hint of goofiness for youth's sake. 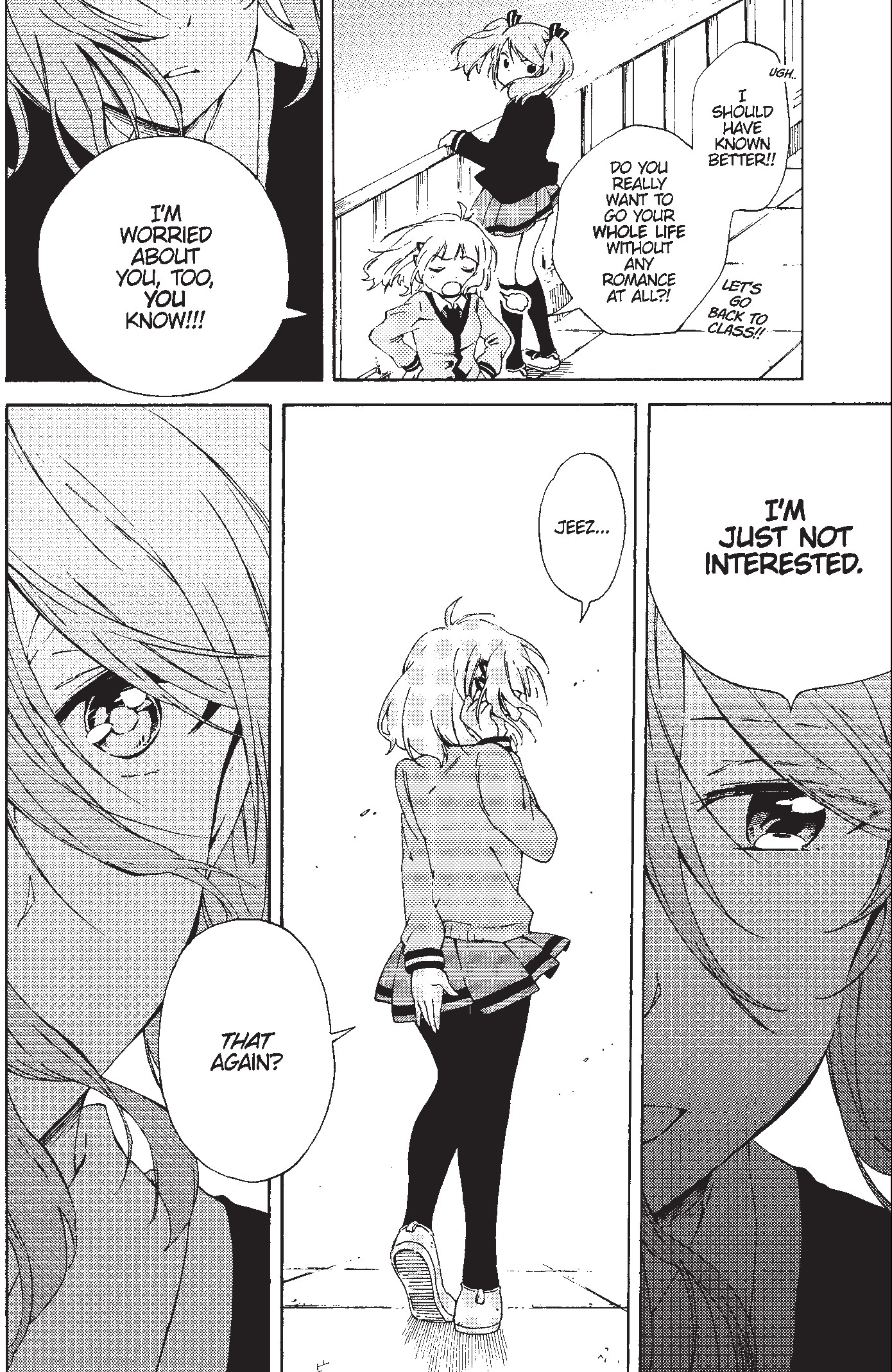 When her crossdressing twin brother Subaru enters the picture, the series pushes towards having a good laugh at Tsukasa's situation. Here's a boy who's rather clingy to her, even going so far as hoping she fails at the date so they can spend more time together. (While it's rather mean when he puts hot sauce in Tsukasa's drink during her date with Asakura, the situation still managed to get a big laugh out of me.) However, it's when you find out why Asakura asked Tsukasa out when you can't help but want to root for the guy to succeed, even if the odds of them becoming an item might seem futile.

Kobayashi's art style does a wonderful job balancing shojo beauty with some knee-slapping comedic expressions. Like a blend of Junko's Kiss Him, Not Me and Natsuki Takaya's Fruits Basket, the overall visuals of Nameless Asterism carry a warmth that's built on both romantic and laughable visuals. Perhaps it's why the manga shines during some of Tsukasa's fantasy moments, especially one that involves a retelling of The Three Little Pigs that flips into a Cinderella tale that leaves her in the dust. While the drawing style can be a bit similar to other works, there's a certain level of uniqueness in the way the characters smile and gleam that Kobayashi somehow presents. 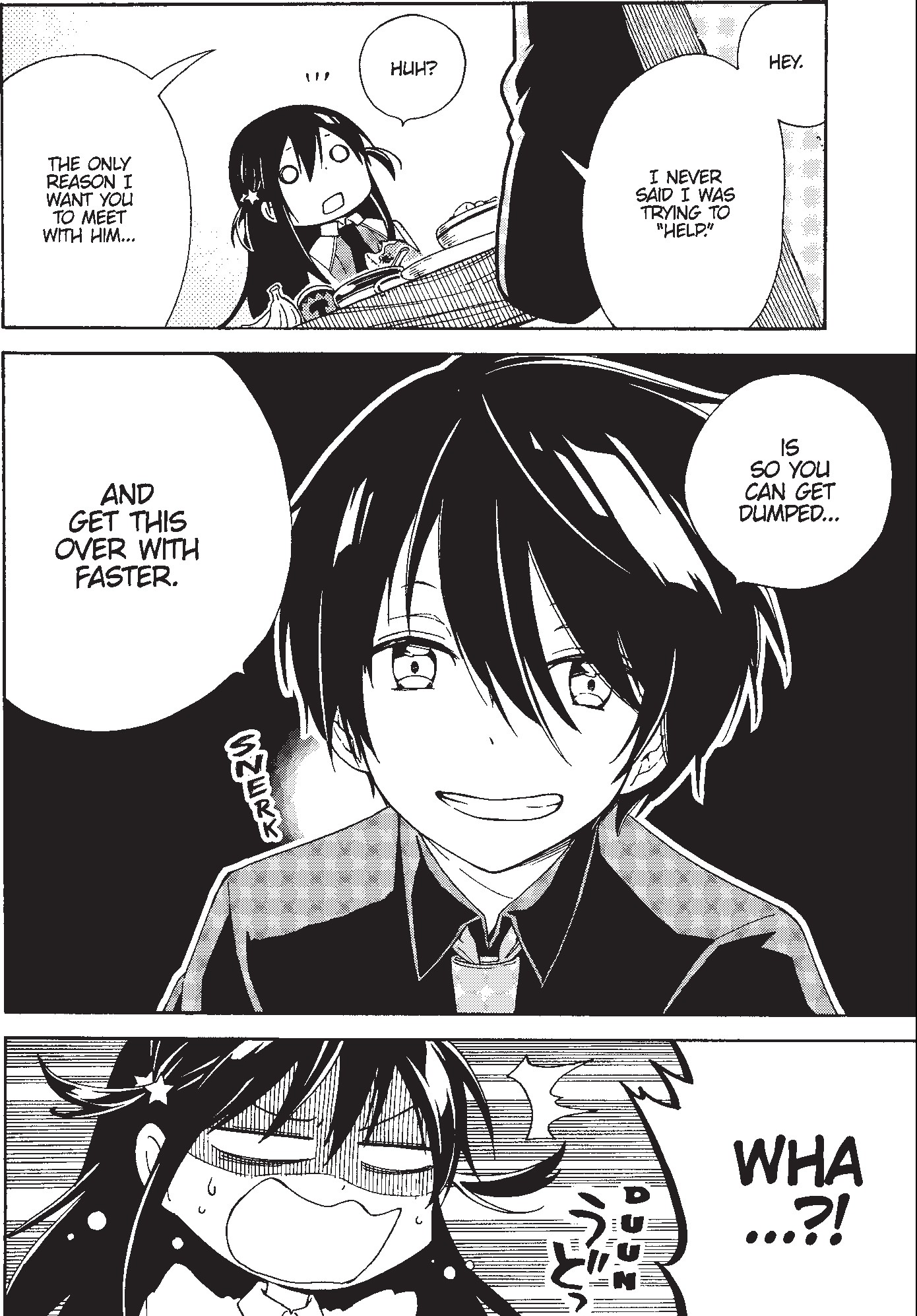 Thus far, Nameless Asterism is shaping to be a strong slice-of-life yuri rom-com, but its means of gripping its audience depends where Kobayashi plans to take her characters. While there may be some foreshadowing on where the story may go, the overall tale seems to be very much up in the air as to where it'll lead us readers. Here's hoping that future volumes deliver with some big surprises. Until then, definitely give Nameless Asterism a go, as its first volume delivers a strong premise, lovable characters, and some fun twists along its heartfelt journey.